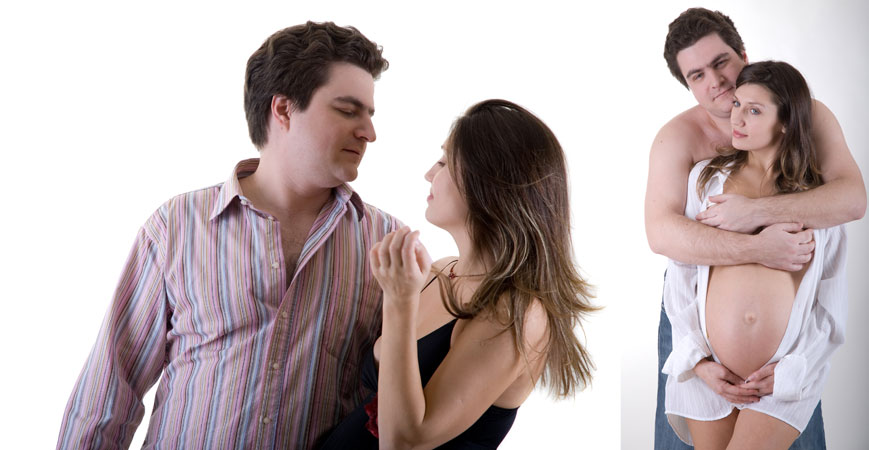 What women find attractive about men has more to do with who the man is, rather than what he looks like or how much money he’s got in his bank account.

Want some proof? Read on…

Myth 1: A Man Needs to Be Good Looking to Be Attractive to Women

This is the basic understanding of most men on the planet and fortunately, they are wrong.

While it is true that some women will only accept a perfectly good-looking male model for a boyfriend, the majority of women are much more flexible about what they find attractive in a man.

For most women, as long as the guy can make her feel attracted in other ways, she will overlook that he doesn’t have male model features or doesn’t fit the normal stereotype of what she might have been going through life saying that she wanted.

If the question, “What do women find attractive about men?” is on your mind, it’s no doubt because you’re not enjoying the success with women you want and you want to know what those guys who always “get the girl” have that you don’t, right?

You only need to look at ads in glossy magazines or on billboards to be bombarded with the message that being attractive to women is all about creating a certain “look.”

For example: There’s a well-known range of deodorants famed for making you irresistible to women and an ever-increasing number of male grooming products are being touted as essential in terms of creating the beautifully groomed look women go crazy for – but do they?

C’mon guys! You know that wearing a certain deodorant doesn’t make women throw themselves at your feet, don’t you, but I suspect some of you have been sucked into trying it – just in case!

That’s exactly what the advertising companies are preying on; they know that when a guy is feeling insecure and unsure of his ability to attract women, he’ll buy into the hype and he’ll try anything in his desperation to boost his attractiveness and improve his chances with women.

Fact: Most women are not attracted to a guy because of his looks alone. It’s not a guy’s outer appearance that decides his sexual attractiveness, but who he is as a man (i.e. he is charming, confident, charismatic and masculine).

Myth 2: Women Are Only Interested in a Man’s Money

This myth is fuelled further by the way flash cars and high-tech gadgets are advertised on TV, with the guy who owns them always being surrounded by beautiful women. Believe me, it takes more than material possessions to attract a woman’s interest and focusing on what you have in terms of wealth is missing the point completely.

Fact – real women are not attracted to what a guy is in terms of his outer appearance and material wealth, they are attracted to who he is as a man on the inside and the inner qualities and characteristics that make him the man he is.

Myth 3: A Man Must Have Big Muscles or Least Be Very Fit to Attract Women

You only need to watch a typical Hollywood action movie to be brainwashed into thinking that “getting the girl” is all about being the guy with the biggest muscles.

Well, let’s just say that real life is not like the movies and you only need to take a look around you in the real world to realize that there are guys of all shapes and sizes out there with beautiful girlfriends.

The guy with the big muscles in the movie is the big star so it’s in the script that he should get the girl! There’s nothing wrong with keeping yourself physically in good shape, but spending all of your spare time in the gym in pursuit of bigger muscles because you think it will make you more attractive to women is missing the point.

Fact: It’s not physical strength that women are attracted to, it’s mental and emotional strength. A woman wants to feel like a woman when she’s with a man and it takes more than muscles to make her feel powerless to resist a man.

Myth 4: Women Want a Guy to Be Really Nice and Romantic

If you watch a typical Hollywood romantic comedy or chick flick, the message you receive is that women are attracted to super-nice guys and super-romantic guys, right?

It might take them a good portion of the film to realize it, but the beautiful girl always comes to the realization that the weak, wimpy guy she’s been using as a doormat for years is in fact the guy she loves and they jump into bed together, have amazing sex, and then live happily ever after. This is pure fantasy.

If you’re hanging around hoping that being best-friends with a girl and being at her beck and call 24/7 will eventually lead to her realizing she’s in love with you, you’re making a big mistake.

In terms of answering the question, “What do women find attractive about men?” how many times have you been told something along the lines of nice guys finish last and women always prefer a bad boy.

It’s true that being too nice makes you come across as weak, wimpy, and desperate – and these are not attractive traits in a man – but it’s not true that women always prefer a bad boy. Sure, women prefer a bad boy to a weak, wimpy guy, but what they really want is a strong good guy.

Fact: Women prefer a confident bad boy to a shy, anxious nice guy, but the man they really want is a confident, masculine good guy who has what it takes to make her feel like a woman.

So, What Do Women Find Attractive About Men?

All women are instinctively attracted to qualities that make a man stand out as a “real man” in their eyes. A real man has genuine confidence, true masculinity and social intelligence (i.e. charming, charismatic, can use humor and flirting, gets along well with people, etc), which is a combination of qualities that make him irresistibly attractive to most women.

A real also has a strong, masculine presence about him that women can sense, making them feel literally weak at the knees when in his company.

Welcome to The Modern Man. If you have a problem with women, we have the perfect solution for you. We can help you get laid or get a girlfriend, fix your relationship or marriage that has lost its spark, or get your ex girlfriend or wife back after a break up or divorce. We've already helped 1,000s of guys to quickly and easily achieve what they want with women and we'd love to help you too.