Recently a guy wrote in to The Modern Man asking, “My fiancé wants space; does this mean she wants to break up with me for real?”

This is a very good question that many guys struggle with. After all, what does it mean when a woman says she “wants space”?

Sorry to Break it To You, But She’s Not Telling You the Truth

When a woman says something like, “I need space,” “I need some time by myself,” “I need to think about us,” “I need to find out if we’re really compatible,” or other similar pre-break up lines, she’s not telling you the truth.

Your fiancé is seriously considering breaking up with you and will go ahead with it, unless you make some changes and start saying and doing the types of things that will get her to feel respect, attraction and love for you again.

Watch this video to understand the process she will go through before fully breaking up with you, unless you start to change your approach to her…

This is her way of “protecting” herself from a potential difficult or (in some cases) violent situation. By saying, “I need some space,” she’s letting him believe that if he gives her “space” or some time alone, she will figure things out, come back and everything will go back to the way it was.

Although this is what HE wants, it’s not what SHE wants. In fact when a woman says she wants space, what she’s really saying is, “I’m getting ready to break up with you unless you do something right NOW to make me feel the way I want to feel in a relationship.”

If you want to save your relationship and end up marrying this woman, you’re going to have to stop saying, “My fiancé wants space. Should I give it to her?” and start asking, “What is the REAL reason why she wants space and what can I do to make her want to be my wife again?”

When a woman says, “I need some space,” it feels like crap. All of your wonderful daydreams and plans about getting married, settling down and living happily ever after coming crashing down. The pain is so horrible that it can make you feel sick to the stomach, unable to sleep or eat properly and unable to focus on your work or study.

However, instead of feeling hurt and confused, take this as an opportunity to be a strong man and do what it takes to work on yourself and your relationship.

By truly understanding what issues caused her to reach this point and then changing or at least improving on those things, not only will you get her to come running back to you begging for your forgiveness, you will also establish a better relationship dynamic that will set the tone for your marriage in the future.

What you have to understand is that there are things you can do to make her change her mind, but this can only happen when you truly understand what is causing her to pull away from you. Although there are many reasons why a woman asks for space in a relationship, two of the most important reasons are:

1. She has lost respect for you as a man 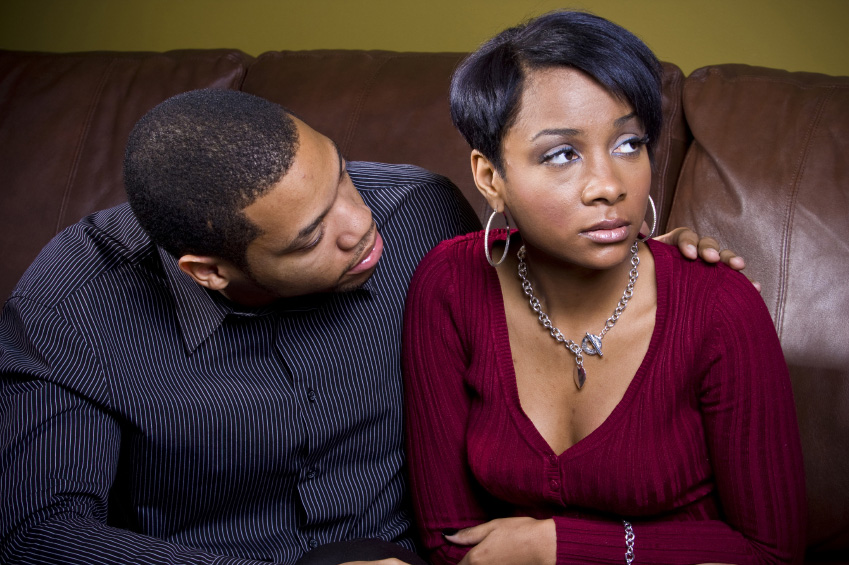 If a woman loses respect for her man, she will naturally begin to feel less attraction for him. Over time, she will start to fall out of love with him and will begin to ask herself, “Is this really the guy I want to spend the rest of my life with?”

When she begins to think in that way, she will either break up with her fiancé or distance herself first before she makes the final break.

Why does a woman lose respect for her guy? This usually happens when he stops behaving like a real man in the relationship and becomes, wimpy, weak, unreliable or insecure. Some of the ways this comes through include:

This happens when a man is not truly confident in himself and in his abilities to attract women and keep them interested. He assumes that the best way to keep her happy is to let her be the boss of the relationship.

What he doesn’t realize is that to maintain a woman’s respect, he has to be the one to take the lead in the relationship, especially when times get tough or when there’s a challenging situation that they’re faced with as a couple.

She has to be able to rely on him to be the more emotionally strong one at all times. He has to be the one that she can look up to, respect and follow because he is a real man all day, every day. She doesn’t need to take on the role of “the man” or the leader because he’s completely comfortable being in that position.

He stops being the guy she fell in love with 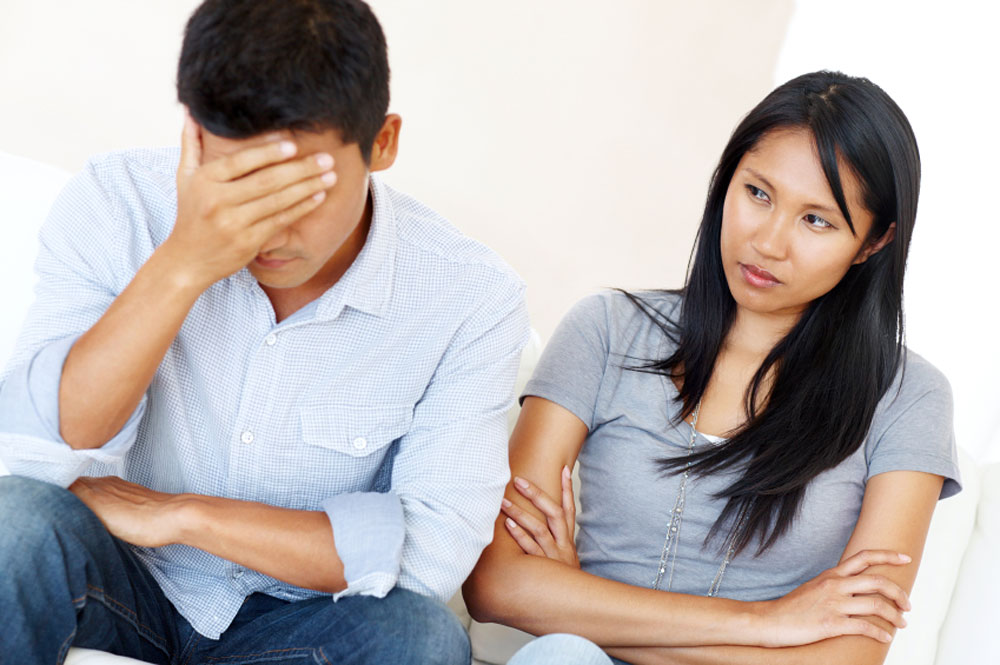 Some guys put on an “act” of being a really nice, considerate guy when they are trying to get a girlfriend. They pretend to be more confident, more motivated or happier than they really are. Once he begins a relationship with her, he feels as though he’s “got her” now and slowly begins to slack off and be less of a man that he made himself out to be at the start.

If a guy pretended to be confident while they were dating, but now that she’s his fiancé, he behaves in a nervous, insecure way and struggles to make decisions or move forward in life, she will naturally lose respect for him and will seriously question whether she wants to be stuck with him for the rest of her life.

Guys who haven’t had a lot of experience with women, often become clingy and possessive in a relationship because they see their woman as their purpose in life.

When a guy says, “My relationship is everything to me” and then stops hanging out with his friends, gives up his biggest ambitions in life and generally only lives for his woman, he becomes a burden to her.

The fact is, women don’t want a clingy guy who hides from the world and hides from achieving his true potential behind his relationship with her. If a woman sees that her guy is avoiding rising through the levels of life because he is afraid to reach for his true potential as a man, she will question whether or not she wants to stay with him.

The idea of being stuck with someone who’s going to struggle to support her and their children, or who is going to rely on her to support him, is not appealing to a woman no matter how wealthy she is.

2. She’s stopped feeling the way she wants to feel

Another major reason why a woman asks for space in a relationship is because her man is no longer making her feel the way she wants to feel in the relationship.

At the beginning of a relationship, things are always great and a guy is usually on his best behavior. He makes sure that he creates attraction between himself and her and by making her feel sexy, feminine, loved, appreciated and wanted.

This is what a woman wants to feel all the time when she’s with her man. However, when a relationship moves past the initial period of courting, it’s easy for a guy to allow the pressures of day-to-day life to become an excuse for not making an effort to make her feel the way she really wants to feel in a relationship.

This is when some guys get so caught up in paying the bills or getting that promotion at work or whatever else is bothering them at the time. They lose focus on their woman, begin to neglect her feelings and take her love and commitment for granted.

This is one of the biggest mistakes guys make and one of the main reasons why relationships break up these days. Unlike in the past, where women would just “put up with” a marriage lacking love and attraction, these days a woman will break up with a guy for not making her feel how she wants to feel in the relationship.

She will move on, hook up with a new guy and start all over again. Unfortunately, breaking up is no longer a shameful thing for most people. Often, women are even encouraged to break up with a guy who isn’t making her feel the way she really wants to feel.

In today’s world, if a man wants to keep a relationship with a woman together for life, he has to focus on deepening her love, respect and attraction over time, rather than taking it for granted.