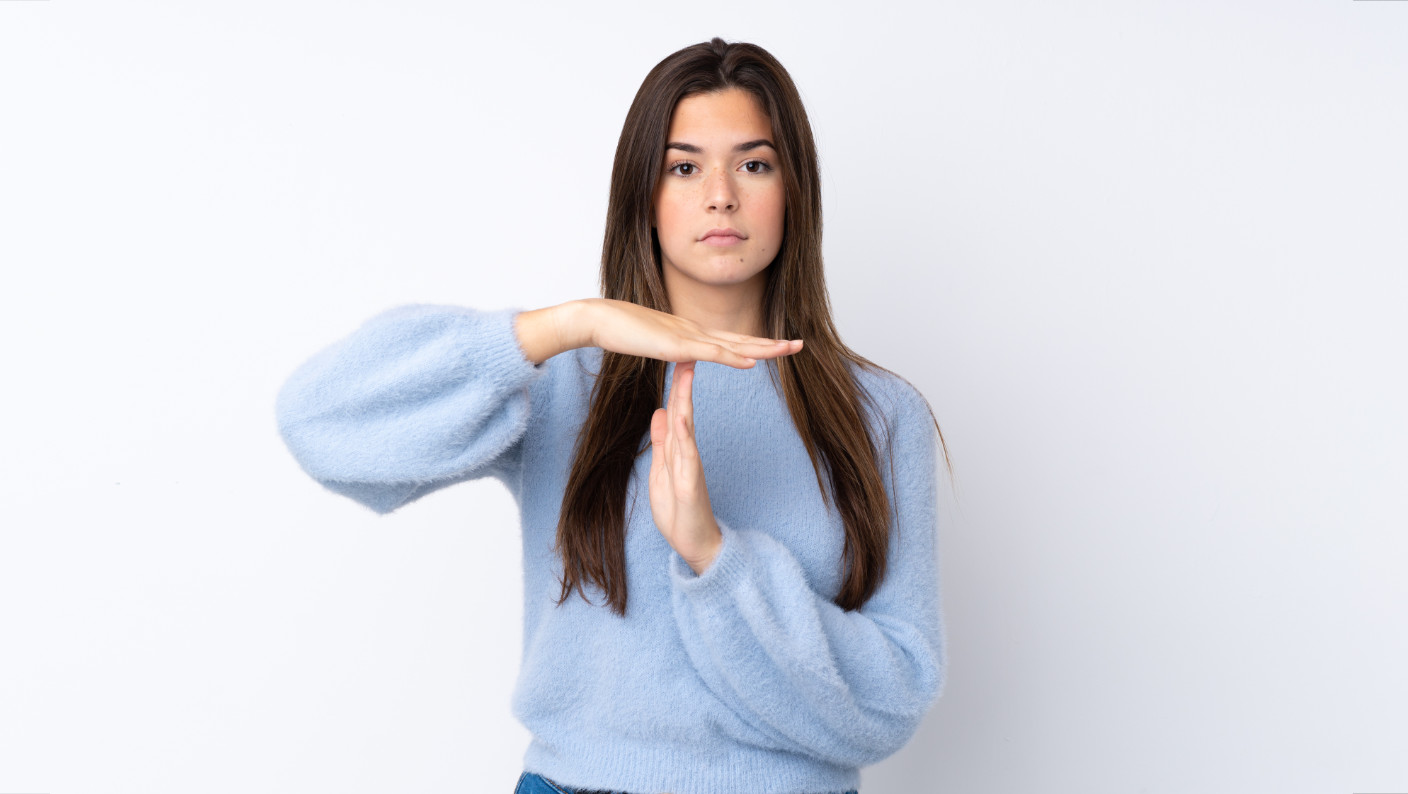 When a woman asks a man for space from a relationship, it usually means she wants to break up, but doesn’t know if he’ll accept it.

So, she asks for space to give herself a chance to begin moving on without him (i.e. dating other men), or to help herself get over him and be ready to say, “It’s over. I no longer want us to be together” with more confidence.

Many guys aren’t aware of that, so a guy will often assume that giving his girlfriend (fiance or wife) some space, will make her realize that she wants him back.

Sometimes that does work (e.g. if she’s asking for space because she’s annoyed with him about something, but still does love him and want to be with him), but in most cases, a woman asks for space when she wants to go through with a break up for real, but just doesn’t know how to accomplish it.

If a woman has some relationship experience, or has good instincts as a woman when it comes to men, she will know that if she breaks up with a man who is madly in love with her, then he’s probably not going to immediately accept her decision to break up.

Instead, he may end up crying to her, begging, pleading for another chance and promising to fix whatever she wants him to, if she’ll just give him another chance.

So, to hopefully avoid all that drama, she asks for space.

Why Does She Want to Leave You?

Unless she is just being dramatic and asking for space over something small or insignificant you did, or is asking for space to get you to show more interest in her, it will be as a result of you turning her off in a number of way.

1. Did she lose respect for you based on your behavior, attitude or treatment of her?

Sometimes a guy is way too nice to a woman, to the point where she loses respect for him for being too much of a pushover, or softie with her.

She wants a man with more of a backbone, who can stand up to her in a dominant, but loving way and get her to respect him.

On the other hand, sometimes a guy is too mean to a woman, to the point where she loses respect for him for taking her love and interest for granted.

In other cases, a guy is neither too mean or too nice, but became very insecure or emotionally sensitive in the relationship, which caused her to lose respect for him.

Did something happen, or did you turn into a different guy than she fell for initially?

For example: Were you a lot more confident when she first met you and then turned into an insecure, jealous kind of guy?

Alternatively, were you nice to her initially, but then turned into a bit of an asshole in the relationship (e.g. being selfish towards her, not caring about how your behavior or treatment of her was making her feel?).

Did you initially take the lead in the relationship (e.g. suggest where to go on dates, be the more emotionally strong one), but then fell into the trap of letting her wear the pants, which then caused her to feel less like your woman and more like your friend, or worse, like a mother or big sister to you?

The thing is, women are capable of taking the lead and making decisions in a boyfriend-girlfriend relationship, but generally speaking, a woman will want you to take on that role as much as possible, so she can relax into your masculine direction and not feel as though she needs to lead you.

Taking the lead also comes down to you just being a man that she can look up to, rely on and respect, rather than seeming like a troubled boy in a man’s body, who needs a pat on the back from her, or a pat on the head from mommy.

Essentially, you are a man who knows how to remain emotionally strong, knows your role in a relationship with a woman and does it, without her having to nag you about it.

2. Did she lose attraction for you?

For a woman, a loss of respect for a man automatically leads to a loss of attraction to him.

She no longer feels like she can rely on him to be the emotionally strong one in the relationship, who can protect her, love her and guide the both of them to a better future.

As a result, she feels like she needs to ‘man up’ and take charge, which is not how a woman wants to feel in a romantic relationship with a man.

When she begins to take charge, she no longer feels like herself and begins to feel turned off by her weakened man.

In many cases, a man will notice this and become even softer, or weaker (e.g. giving her more power, sucking up to her, promising to do whatever she wants if she won’t leave him).

This will result in her losing even more attraction for him because women are not attracted to the emotional weakness of men, or to men who grovel and suck up to them.

3. Did she fall out of love with you?

When respect and sexual attraction begin to fade away, a woman then starts to fall out of love with her man.

After all, she’s not with a guy for the sake of a friendship.

Instead, she’s in it for love, sex, intimacy, security and to build a future together as an attracted, in love couple.

So, if your woman has asked for space, then it means she has already lost respect for you, stopped feeling as attracted and has begun to fall out of love with you.

Space Won’t Solve the Problems Between You and Her

Thinking that space will solve the problems in a relationship, is a big mistake that many guys make.

A guy forgets that if he is insecure now, he is almost certainly going to be insecure, or more insecure after giving her space.

So, the problems aren’t going to go away.

Instead, he will just be delaying the process of being told, “It’s over” by her.

Unfortunately, a guy will usually just hope that she will change her mind, based on how much HE loves her.

He forgets that for a woman to want to be in a relationship, the feelings have to be mutual, or at least close to mutual.

It can’t just be about him loving her, or wanting to be with her so badly.

She has to experience those kind of feelings as well and if she doesn’t during the space, she will almost certainly go through with the break up.

The reality is that the best way to solve a problem is to identify what the real problem is and then work on a specific solution.

For example: If the real problem is that you’ve become too insecure, or aren’t manly enough anymore and she hasn’t been able to respect you or feel enough attraction as a result, then you need to immediately become more confident and manly.

You can do that within the next 24-72 hours, but you have to learn and work on it now.

If you put it off and try to get her back without leveling up as a man, she will almost certainly feel like going through with a break up is the best option for her.