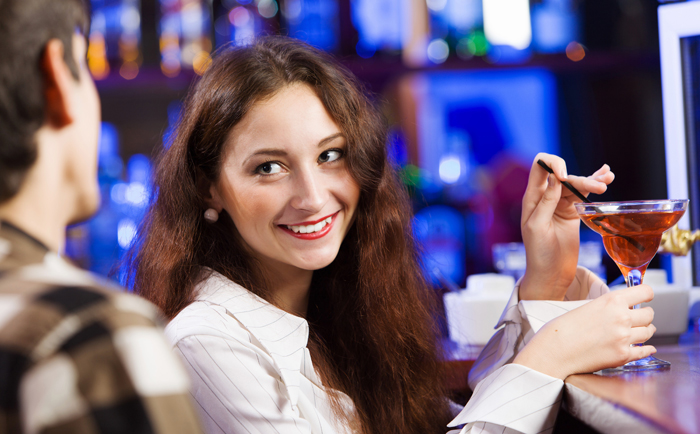 2 Ways to Tell if a Woman Likes You

How do you tell if a woman likes you? Is there a signal she gives, or it is something she will say?

To answer those questions (and much more), we recently spoke to a guy that we call ‘Mark the Master’ in our interview series ‘Confessions of a Natural’. We call him Mark the Master because he is the best guy we’ve ever seen when it comes to attracting women into sexual and loving relationships.

He is simply a master at the art of dating and knows things about dating and attraction that 99% of guys do not. During his interview (which runs for 2 hours), he revealed a number of ways to tell if a woman is interested in you and wants to date you. Two of the ways he revealed were:

She will touch/play with her hair when making eye contact with you. As Mark accurately described, this is a sign of her being submissive to you. When a woman shows signs of submission, she is saying “I am sexually interested in you.”

Women display these signs to let you know that they are interested. If you choose to ignore them, they will not make the first move or “ask you out” in most cases. You have to notice the signals and then make a move.

She will make an extra effort to gain more information about you. Mark mentions that if you and a woman have been talking for more than 5 minutes and she is trying to keep the conversation going by finding out more about you, then she is interested in you.

You just have the believe in yourself and accept that she is trying to make her intentions clear.

Don’t see it as ANYTHING else. She is interested in you, so make a move. As Mark says, “…if she wasn’t interested, she definitely would have cut you off by that stage” so just believe in yourself and make a move on her.

Mark also mentions that the TYPE of questions a woman asks will CHANGE when she is interested in you.

Quite simply, her questions change from being ‘whatever’ type questions that she is just asking to be polite, to GENUINE questions so she can get to know you better and connect with you. Find out what Mark does NEXT when he realizes that a woman is showing him interest, which often ends up with the woman being in his bedroom in under an HOUR.

Listen to his interview from the Confessions of a Natural series.

The Kiss Test: 7 Signs That She Wants You to Kiss Her