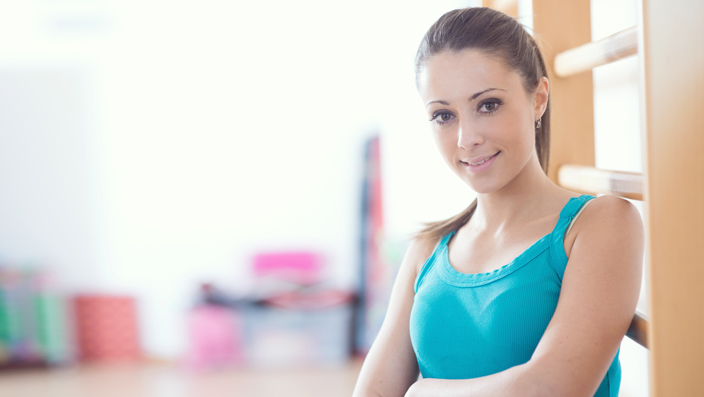 The Kind of Man Almost EVERY Woman Wants

A study that was published in the Personality and Social Psychology Bulletin concluded that women, including feminist women, are more attracted to men who are labeled as sexist.

So, to be clear here, the psychologists who ran the study placed sexism into different types of categories.

Obviously, hostile sexism wasn’t something that women were attracted to, but what was surprising is that women, including feminist women, are attracted to what is known as benevolent sexism.

So, a curious woman named Pelin Gul, who has a PhD in social psychology, followed up on the study and did it again.

She ended up doing a great job of it and found the same result, which is that women are more attracted to sexist men.

Gul said, “Previous studies have found that men’s benevolent sexism has many detrimental consequences on women, such as undermining their competence, restricting their freedom, confining them to the kitchen. Yet, research had also shown that women prefer benevolent sexist men.”

Across 5 studies with 782 female participants, the researchers found that women perceived a male romantic partner who held benevolent sexist attitudes as more willing to protect, provide and commit for them, which in turn made him more attractive.

In other words, when it comes to romantic relationships, women prefer men who look at women in a more traditional way.

For example: Women are softer, more gentle, more nurturing, weaker and in need of the protection of a man, compared to men who look at women in a more egalitarian way.

For example: Looking at women in an egalitarian way can mean that men and women should be 50/50 in terms of dominance in a relationship. Women don’t need the protection of a man and women are essentially the same as men.

Pelin Gul also goes on to say, “We think that women are able to tell when a man’s intent is to undermine her versus when he uses benevolent sexism for courtship.”

I’m glad that Pelin Gul also said that because it shows that she is a smart woman who is willing to be honest about the issue.

So, the study that was published in the Journal of Personality and Social Psychology, as well as the study by Pelin Gul proves that women are more attracted to men who are considered to be ‘sexist.’

As a result, benevolently sexist men look at women as needing the protection of a man.

As it turns out, women, including feminist women, find that more attractive and appealing in a man.

This is important for a lot of guys to understand these days because there are many radical, angry, frothing at the mouth feminists out there who are loud and are saying that men and women are the same and that men shouldn’t look at women in a traditional way anymore.

Yet, what you have to understand is that the radical, angry, frothing-at-the-mouth feminists do not represent the majority of the female population.

The world has changed and for good reason.

It’s a good thing that women are participating in the workforce and are contributing.

They are contributing in many positive beneficial ways and that’s a good thing.

Yet, what needs to be understood is that there is a big difference between how a woman wants to be looked at and treated when it comes to attracting her and picking her up and being in a relationship with her, compared to her participating in the workforce and going about her everyday life in the world in general.

When a woman participates in the workforce, she wants to be able to be respected and treated as an equal just like men are.

She wants to have the same type of opportunities as men and that’s fine.

Yet, when it comes to a woman feeling attracted to a guy sexually and romantically and getting into a relationship with him, studies show that she wants to be looked at in a more traditional way.

She wants to be looked at as being more gentle than the man, as being softer and more nurturing than a man.

She wants to be looked at as being feminine.

This is where some guys mess up these days.

They listen to the radical, extremist feminists who are frothing at the mouth and who are angry and are triggered by what is going on in society.

They say things like women shouldn’t be looked at in a traditional way anymore and that it’s wrong and the world needs to change.

Yet, the majority of women out there actually prefer men who look at them in a traditional way, who actually look at them as being feminine.

As I said earlier, society doesn’t need to go back to how was before.

There have been developments that have happened for a good reason.

What does need to happen is a common understanding and acceptance that most women prefer to be treated like traditional women and most men enjoy their traditional role of being the man.

However, for the most part, most women and most men usually behave in ways that are seen as typical for their natural gender.

For example: A study on gender preferences, which has been repeated many times by different scientists and psychologists has found that male monkeys preferred toys that humans see as being male toys.

In some other tests, females don’t have a preference for either male or female toys, but when presented with toys that are like babies, they gravitate towards a traditional natural female role of being the one who nurtures the children.

Life is not black and white.

There are shades of gray as well.

There are exceptions in nature and that’s fine.

Yet, for the most part, most women want to feel feminine and take on traditionally female roles.

Additionally, most women prefer men who look at them in a traditional way rather than looking at them in the way that radical, angry, frothing at the mouth feminists say that men should look at women.

Unfortunately, a lot of guys out there get confused by the conflicting messages that they hear from women.

The louder, angrier and seemingly more passionate messages that are coming from angry feminists seem to be more convincing because the women are really angry.

Yet, those women don’t represent the majority of the female population.

When a guy listens to those angry feminists and starts changing himself to look up to these women, bow down to them, be softer and more docile around them, what happens is that the women he actually wants to attract no longer find him attractive.

They feel turned off by him because he is a wimp.

He is looking at women as being more powerful than him, as being in the one up position in terms of dominance and so on.

He’s not looking at them as being gentle, soft nurturing and needing the protection of a man, even though it has been proven that women prefer men who look at them in a more traditional way.

So, for the men watching this video, if you like being a man and you like to look at women in a traditional way, just understand that the majority of women actually like that about you.

She sees herself as a confident, independent, modern woman who also likes to be looked at as being a woman.

She doesn’t want to be looked at as being like a man.

She likes men who look at her as being a woman.

When a man is able to maintain his masculinity while talking to a woman and look at her as being feminine in comparison to him, even though she’s smart, independent, successful and so on, that makes her feel attracted.

It triggers her feelings of sexual attraction because feminine women are naturally attracted to the masculine.

If you interact with a feminine attractive woman and you suppress your masculinity to be softer and more docile around her because you have heard feminist women say that men shouldn’t look at women in a traditional way, then that feminine, attractive woman isn’t going to feel attracted to you.

She might see you as a nice guy, but who she’s actually going to feel sexually attracted to and turned on by is a guy who isn’t afraid to calmly and confidently express his masculinity as he talks to her and interacts with her.

He’s going to be comfortable and at ease with the fact that he’s a man.

To like that vulnerable side of her, that girly side of her where she wants to cuddle into your arms, or snuggle into you on the couch and look up to you as your cuddling her.

Additionally, as repeated studies have found, most women prefer men who look at them and treat them in a more traditional way.

So, what’s important to understand here is that, even if a woman is career-focused and has purpose in life and wants to follow through on that, if she’s like the majority of women out there, she is still more attracted and prefers a man who looks at her in a more traditional way.

That doesn’t mean that she wants men in the workforce to look down on her as being less powerful and dominant than men.

She wants to have equality in the workforce and be treated with equal respect and that is fine.

Yet, when it comes to attracting and picking up women and having a sexual romantic relationship with a woman, most women out there prefer men and are more attracted to men who look at them and treat them in a more traditional way.

Women Are More Sexist Than Men

Essential Dating Advice For Men: 4 Things Every Man Should Know About Dating Women