What Causes a Woman to Fall in Love With a Man?

There are two main things that cause a woman to fall in love with a man, and those two things are: Respect and attraction.

Of course there are many other things as well, but when a man displays the behaviors and personality traits that women feel naturally attracted to (.g. confidence, drive and ambition, masculinity, emotional strength), he will be able to trigger a woman’s feelings of sexual desire for him.

From there her feelings of respect for him will grow and she will then begin to fall in love with him.

It’s the man’s responsibility to then keep nurturing and growing those feelings of respect and attraction in her over time, so that her love for him will also get stronger and deeper over time. If he does that, the relationship will almost always last a lifetime.

How to Get a Woman to Fall in Love With You: 3 Mistakes to Avoid Making

It’s actually quite easy to make a woman fall in love with you and want to be in a relationship with you; even if right now she is behaving (or even saying) she’s not interested in you.

However, you have to bear in mind that to get a woman to fall in love with you, you first have to trigger her feelings of sexual attraction for you. Attraction comes first and then everything else will follow quite naturally.

So, if you want to get a woman to fall in love with you – whether it’s a woman you’ve just met, someone you know from work, or at university, or even a friend that you want to turn into a girlfriend – realize that you can, but not if you make any of these common mistakes that guys make.

1. Thinking that he has to be tall, dark and handsome to get her love.

Many guys go through life believing that the reason they can’t get a woman to fall in love with them, is because they don’t fit into some ideal package of physical attraction.

For example: A guy might be very attracted to, and even secretly in love with, a woman he works with, or goes to university with. However, because he knows that men are mostly attracted to women because of their physical appearance, he assumes that women are attracted to men for the same reasons.

So, instead of approaching her and attracting her with his confidence and masculinity, he makes excuses like, “Women don’t fall in love with guys like me?” or, “Women are only attracted to good looking guys, so I don’t stand a chance with her, so why should I even bother?”

Yes, there are some women in the world who will only date and marry good looking guys, but the majority of women are more interested in the other qualities that a man has, than just his looks.

Most guys have “flaws,” like being bald, short, tall, fat, thin, or have big ears or a big nose, or some other weird characteristic, but if you look around you the next time you are out in a public place, you will see that these “flawed” guys are with attractive women who clearly love them.

If you want to get a woman to fall in love with you, don’t get hung up about your looks. In almost all cases, if your personality and the way you interact with her makes a woman feel attracted to you, and makes her feel the types of emotions that she wants to feel when she’s with a man, she will overlook the fact that you don’t look like a male model.

2. Getting stuck in the “friend” zone.

If you want to get a woman to fall in love with you and see you as someone she wants to have sex and a relationship with, you have to make her feel attracted to you first.

A common mistake that a guy can make, is that when he is secretly in love with a woman (whether she’s someone he’s acquainted with, or whether she’s a good friend), he assumes that by hanging around her and pretending to be her “good friend” all the time, she will eventually feel the same way about him too.

He’s hoping that by being really nice around her, and by not showing his sexual attraction for her, she will see him as being different from all the other guys that hit on her, and she will fall in love with him because he is not being disrespectful and has “good” intentions towards her.

However, there is a big difference between a woman really liking you as a friend and her really wanting to have sex with you and wanting to be in a relationship with you.

When a woman likes a guy as a friend, it might be because he’s sweet, reliable, and someone she likes to talk to and hang out with without the pressure of having to dress in a sexy dress, or wear makeup, because in her mind she doesn’t have to impress him.

On the other hand, when she’s around a guy she wants to have sex with and be in a loving, committed relationship with, she will do whatever it takes to be more attractive to him, because he is actively triggering her feelings of sexual attraction for him.

So, if you want a woman to stop seeing you as a friend and start seeing you as a man she wants to have sex with and be in a relationship with, you have to stop pretending to be her friend, and actively start triggering her feelings of sexual attraction for you.

Women are instinctively attracted to the strength in men and repelled by the weakness.

However, this has nothing to do with the size of a man’s muscles, or how much weight he can bench press. The strength that a woman is attracted to is the confidence and emotional strength that causes a man to have a purpose and direction in his life.

For example: What some guys do when they feel love for a woman is behave like a love-struck puppy around her in the hopes that she will begin to love him if he’s always “there” for her.

This can mean that he allows her to push him around and have him do favors for her, e.g. run errands for her, or help her with homework, or even give her money to pay her rent or to buy something trivial because she doesn’t want to spend her own money.

However, the worst mistake he can make is that he puts his life “on hold,” by giving up on his dreams and ambitions, giving up his own interests and hobbies, and even giving up his friends, so that he can be at her beck and call.

This is not attractive to women, and rather than make her fall in love with him, when a man gives up on his own dreams and aspirations for her, a woman feels turned off by that at a deep, instinctive level.

A woman likes to know that the man she is with is mentally and emotionally strong enough to be able to have his say in the world. She wants to know that if she gives her heart to him and chooses him as her mate, he will be able to provide for himself, her and their offspring if they have any.

Being with a man who is of weak character (i.e. someone who cannot stand true to his own dreams and ideals), is not appealing to women.

Remember: What causes a woman to fall in love with a man is his ability to trigger her feelings of respect and attraction for him, and a woman cannot respect a man who does not respect himself enough to follow through on his dreams.

You Can Make it Happen 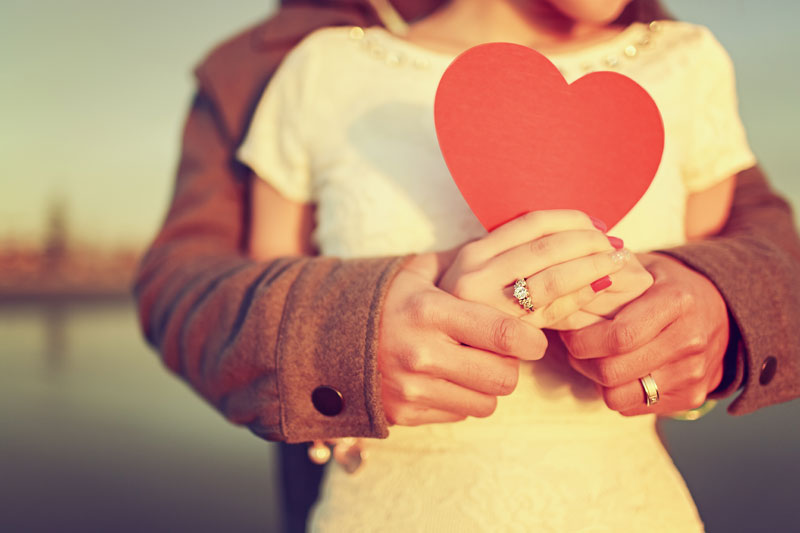 Regardless of who the woman is that you want to have fall in love with you, and regardless of whether she doesn’t know you exist, or she’s told you, “I’m not interested,” or, “I only like you as a friend,” when you change the way you interact with her, she will naturally change how she feels about you too.

If the way you have been interacting with women has been turning them off the idea of being in a relationship with you (i.e. you were nervous, insecure, awkward, lacking in confidence, turning them off with your conversation style, etc.), it’s only natural that you might be thinking, “I just don’t have what it takes to make a woman fall in love with me.”

Yet, that’s not the case at all.

When you behave in the ways that are attractive to women and make them feel the way they want to feel when they are with a man by triggering their feelings of attraction and respect, you won’t have to “make” a woman love you, because it will happen naturally, all by itself.

How to Make My Girlfriend Feel Special: 8 Examples

My Girlfriend Wants to Have a Girls Night Out