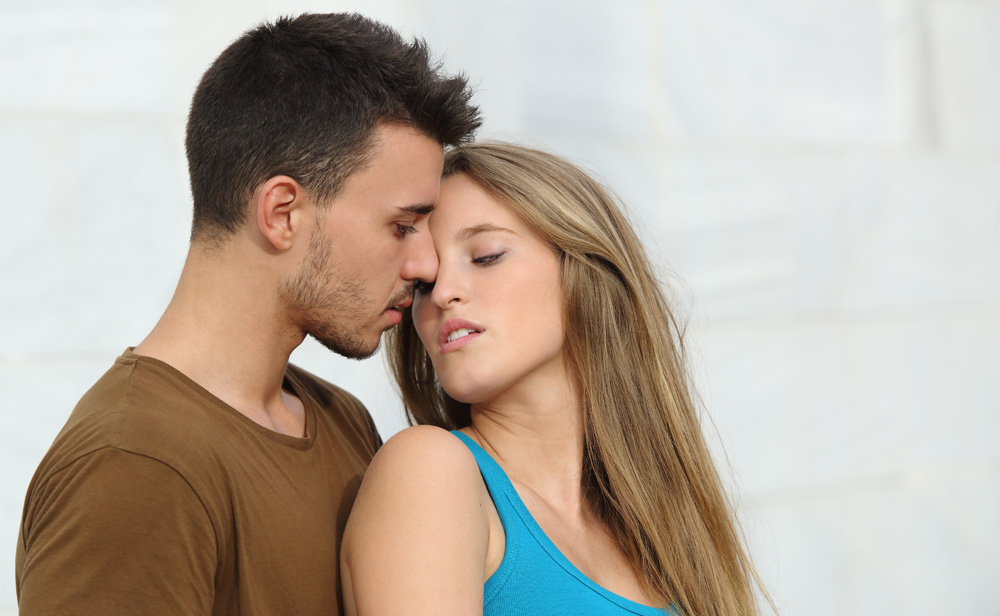 How to Be a Good Kisser

The secret to being a good kisser is to make the woman feel very attracted to you first.

When a woman is feeling a lot of attraction for you, pretty much anything that you do when you kiss her will feel good to her.

For example: If you kiss her softly for a few seconds, then reach your hand around to the back of her neck and cup it in your hand, then kiss her a little harder, she will melt in your arms.

She will love the fact that she not only feels a lot of attraction for you, but you also know how to keep things interesting when you kiss her

If you haven’t made the woman feel enough attraction for you first, then she won’t be turned on and ready to kiss. As a result, she will be a more picky and will become annoyed and maybe even reject you for one of the following…

1. Being nervous and hesitating to kiss her

If she notices that you’re nervous and are worried about being rejected, it will make her lose even more interest in you. She will realize that you not only don’t know how to attract her, but you’re also afraid of messing things up.

Women are attracted to confident guys who believe in their sex appeal to women. I’m not talking about having an arrogant belief in yourself, but a relaxed confidence where you know that you’re good enough for her and you’re just saying and doing whatever you want around her.

2. Asking to kiss her

Women don’t want you to ask permission to kiss them.

They wanted that back in the late 1800s and early 1900s because having sex before marriage wasn’t allowed. It was a big deal to kiss back then.

These days, women kiss a lot of random guys and have sex with a fair few of them as well, before eventually settling down into a relationship. A kiss is no longer a big deal and modern women just want you to kiss them so you can both then get on with having sex or starting a relationship.

Do you know how to make a woman feel a lot of attraction for you? Watch this video find out…

3. Asking if you did good

Once again, women are attracted to guys who believe in themselves. No matter how you kiss her, you should assume that you did a good job.

Ironically, that actually makes a woman feel attracted to you because she notices that you’re confident with or without her approval. Women don’t go around admitting that they feel attracted to that type of confidence in a guy, but they do.

Understand That Kissing Feels Good For Her Too

As a guy, a big part of being successful with women is knowing that what you’re saying and doing around them is attractive.

A confident guy who is successful with women will assume that he’s good enough. He will have a self-confidence and belief in himself and his value to women that allows him to say and do whatever he likes. When women see that type of confidence, they instantly feel attracted to him.

An insecure guy who is still struggling to work out how to be successful with women, will assume that he’s not good enough.

When he’s kissing a girl, he will sometimes be thinking, “Is this good enough? I hope she likes it?” rather than thinking like a confident guy would, which would be something like, “She loves it…this girl is melting…I bet she wants to suck my dick.”

Even though it might sound arrogant to think that way, it’s actually what makes you feel good about yourself (rather than feeling insecure) and makes her feel attracted to you. Women are attracted to the self-belief in men, so don’t rob yourself or her of that.

The next time you kiss a woman, believe that what you’re doing is good enough. However, make sure you attract her first! Attraction comes first and everything else flows on after that…