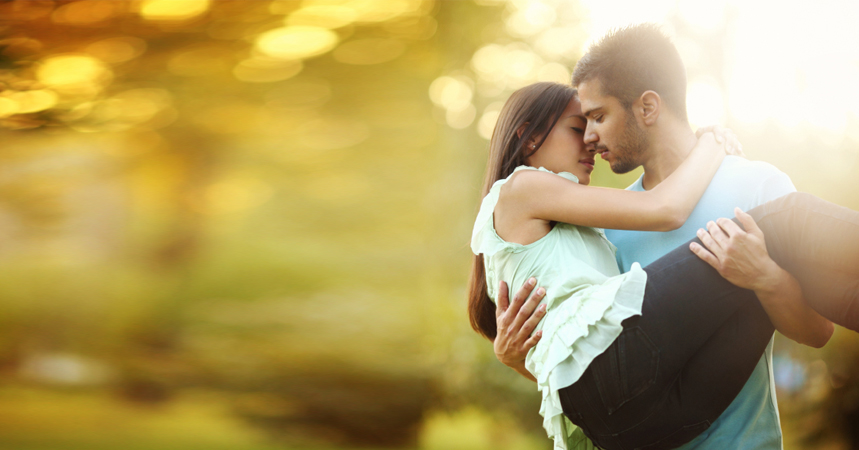 A woman is more impressed by who you are as a person, rather than what you have or what you are trying to offer her in exchange for sex or a relationship.

The key to impressing a woman is to not try to impress her. If you are trying to impress women in the hope of being chosen, then you are doing it wrong.

Being Your Real Self is Very Impressive

Instead of trying to impress her by putting on an act of being Mr. Nice Guy or Mr. Perfect, focus on being your real self during conversations, on dates and in life. That way, you will attract the women who like you for you, rather than turning women off by acting like someone you’re not.

A lot of guys want to know how to impress a woman so they can convince women to “give them a chance.” Yet, that isn’t what a woman wants. She wants to feel like she would be lucky if YOU gave HER a chance to be with you. As you may have noticed, the guys who are naturally good with women seem to get that reaction from women all the time. When you know how to make women feel that way, you can enjoy the same type of easy success too.

For now, let’s start by looking at how you can be more of a naturally impressive guy…

Which Life Skill is the Most Impressive to Women?

There is no one skill that you can have in life that will impress every woman you meet. However, there are certain life skills that many women find impressive and contrary to popular belief, it has nothing to do with what you own and everything to do with who you are.

The bottom line is, women want a well-rounded guy, so the skills that impress women are those that demonstrate just how well-rounded you are as a man. Skills that impress your male friends aren’t necessarily going to impress a woman. For instance, other guys might find your ability to down a bottle of beer in five seconds or finish the latest computer game in 15 hours really impressive, but chances are she won’t.

Some guys assume that they will need to have a car, house, amazing job, nice clothes and a whole lot of other material things before a beautiful woman will be impressed. However, the fact is that women are more impressed by who you are as a person, rather than what you have. If a man shows the potential of being able to live a good life, it will impress the woman and she will be open to coming along for the ride.

Skills That Impress a Woman

Women like a guy who can engage in an interesting two-way conversation and it’s through the course of a relaxed conversation that the real you can be discovered…along with your many impressive life skills. Of course, your skills don’t need to be extraordinary to be impressive, they just need to be a part of what “being you” is all about. For example:

1. Being a Good Talker
The most important life skill to have in terms of impressing women is your communication skills (i.e. conversation, body language, flirting). You might be the nicest guy on Earth, but if you can’t articulate who you are and what you’re about, she might not hang around long enough to find out. A lot of guys meet women and mess up the opportunity because they are afraid to express their true self in front of the woman.

Instead of talking freely and about anything he wants, a guy who struggles to connect with women will become emotionally guarded and have polite, straightforward conversations that lead nowhere. Before he knows it, the woman has left to “go to the bathroom” (only to never return) or have said, “Nice to have met you. Bye!”

2. Not Being Afraid to Get Dirty or Bruised
A lot of modern men have become so clean, neat and tidy that a little scuff on their pants or bruise on their arm can make them react in the same way a woman would. Women definitely aren’t impressed by wimpy guys who could easily be mistaken for not liking women at all, if you know what I mean. If you want to know how to impress a woman, start by being more of a man than you’ve ever been before.

Nothing impresses a woman faster than a guy who isn’t afraid to get a bit dirty or even get an occasional cut or bruise. On the other hand, nothing turns a woman off more than a guy who is more worried about looking nice than she is.

A good way to toughen up a bit is to play sports or do martial arts. When it comes to what impresses a woman, not all sports are equal in her eyes and the more testosterone-fueled the sport, the more impressive it becomes. Highly physical, high-intensity sports such as martial-arts, football, soccer, rugby, sailing and rock climbing demonstrate strength, power and endurance – all “manly” qualities and much more impressive than less physical sports such as golf, archery or bowling from a woman’s point of view.

On another level, the social life and camaraderie that tends to grow around involvement in the majority of sports can also impress a woman. Having a wide circle of friends and an active social life marks you out as someone who knows how to have fun and doesn’t take sport or life too seriously. However, being a loner or a guy who is afraid (or too bored or lazy) to do things, marks you out as a guy who might be a bit too wimpy or boring to keep a girl like her attracted and interested.

3. Being Able to Fix (Some) Things
You don’t need to be a skilled tradesman or a DIY expert to impress a woman with your handyman skills, but hbeing able to handle general repair and maintenance tasks around the house or knowing your way around a car engine makes you, in her eyes, a man who can be relied upon to take care of her. Even if certain tasks are beyond your capabilities, just by being able to diagnose problems and understand what needs to be fixed, you demonstrate “handyman” skills that impress.

5. Being Skilful in the Bedroom
You can improve your ability to please and impress a woman in the bedroom simply by being more confident and relaxed. If a woman gets the sense that you’re holding back from doing what you really want to do with her in the bedroom, it makes her lose respect and attraction for you.

On the other hand, if she can see that you’re always confident and relaxed and are comfortable doing whatever you want to her in the bedroom, she will melt and feel respect and attraction for you on a deep level. When she feels that way, it is so much easier and more natural for her to relax, let go and allow herself to get into the right state of mind to orgasm from even the most basic of your moves in the bedroom.