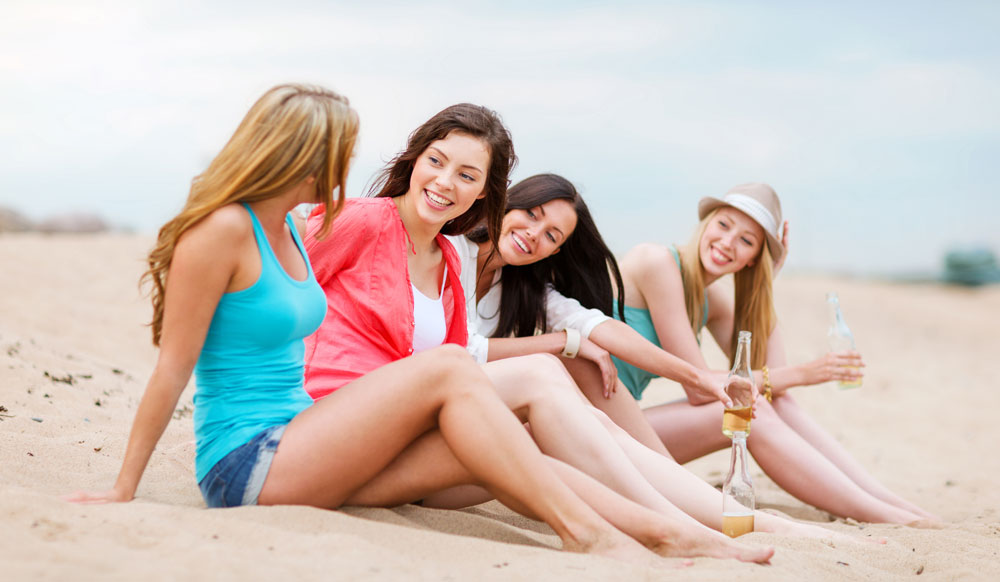 How to Pick Up Women at the Beach

The great thing about going to the beach, besides the sun, sand and ocean water, is the fact that beaches are usually teeming with beautiful women in various stages of undress.

It’s like having a birthday party and all of your presents are lined up on the sand for you to choose from. Beaches are fun by their very nature, with enough sand, water, games and lazing around to allow everybody to relax and enjoy themselves.

People on beaches are generally happy and relaxed and there is even a sense of camaraderie between beach goers, even if they don’t know each other. Women are more relaxed on beaches and they are open to being approached by guys.

Everything about the environment is designed to make it easy for guys to pick up women at the beach, and if a guy is knows how to behave in a way that will make women open up to him and feel attraction for him, then he is guaranteed to have at least one beautiful woman vying for his attention.

As with anywhere else women are attracted to men who are confident, self assured and socially intelligent; if you bear this in mind you’ll have no problems picking up a woman at the beach. On the other hand, there are guys who are unsure of themselves around women, and when they try to approach a woman (or women) on the beach, they make a series of common (an avoidable) mistakes.

Mistakes That Guys Make When Approaching Women at the Beach

With so many beautiful women on a beach, wearing bikinis, having fun you and generally being very open to being approached, you would expect it to be easy to pick up women at the beach, however, some guys do all the wrong things and end up missing out on this perfect opportunity. 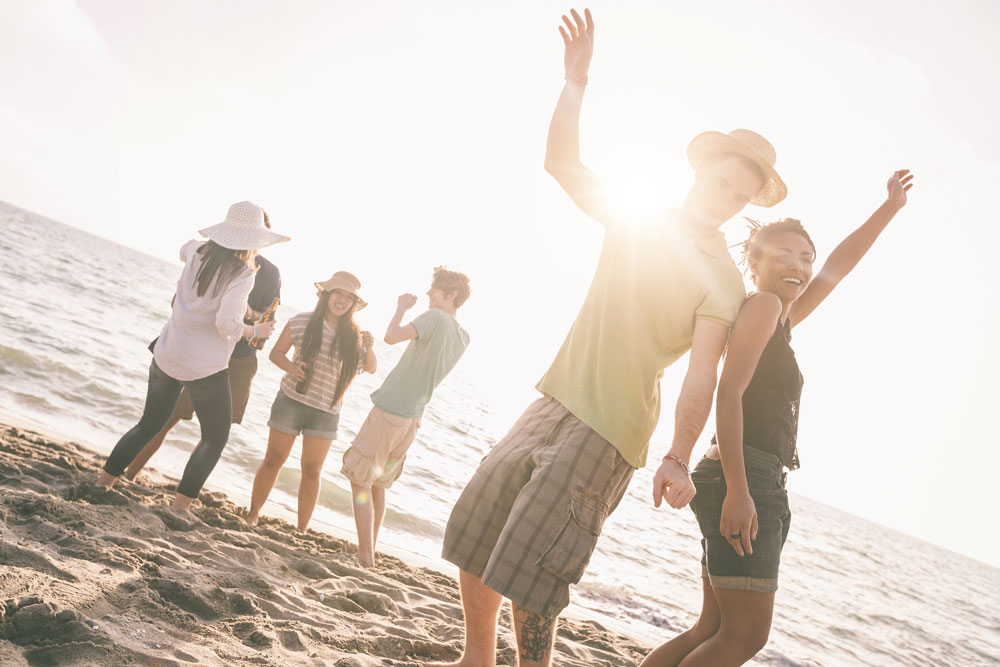 Have you ever made any of these mistakes?

1. Nervously asking if he can join them.

Women are seldom at the beach alone and they will usually be found in groups. They usually go to the beach with their family, with other female friends, or in groups which include both men and women, and you will seldom find a woman on the beach alone (although it does happen).

If a guy approaches any of these groups and asks permission to join them, he is likely to get a no. By asking for permission this guy is giving them the option to reject him. It also comes across as a sign of nervousness and insecurity and no one wants to hang out with insecure people.

If a guy approaches the group (or woman) in a relaxed, non-threatening and fun way, although he might get a few odd looks to begin with, he will soon be accepted and included into the group. After all, everyone loves a person who is funny and adds to the vibe of the group.

The beach is a place to relax and have fun, and if the guy uses a bar approach and tries to get the women to have a full-on conversation, he will be missing the mark entirely and the women will brush him off and carry on with their reading, swimming or beach volleyball game.

If a guy isn’t able to read the situation and gauge the mood of the woman or women, and then match his vibe and conversation style to suit them, he will be ignored or asked to leave.

Each group at the beach will have its own vibe and when the guy joins them he should add positive energy to the situation. If the group is having a high energy fun time and the guy makes a nervous and anxious approach it will mess with the vibe and dampen the mood of the entire group.

If they are having quiet relaxing time and he joins them with a “high energy” vibe he, again, will jar the energy of the group and they will not want him to join them.

Some guys have still not figured out that this does not impress women at all, and you will still find guys in gyms and on beaches who are trying to impress women with their muscles. Walking up and down the beach posing, flexing biceps and showing off a six pack is not the ideal way to impress women.

In actual fact the women are more likely to laugh at a poser than they are to date him. If a guy has a great body he needs to back it up with confidence and personality to get the results that he is looking for.

5. Being nervous or anxious.

The guy who sidles up to a woman, or a group of women, behaving in a nervous, anxious and insecure way, looks like a stalker and will make them, or her, feel uncomfortable.

When a guy is not confident enough in his approach he isn’t able to make others feel comfortable either and the entire interaction becomes creepy. Women are attracted to confident men and a guy who lacks self confidence is a big turn off.

6. Pretending to just want to be friends

When a guy approaches a woman and behaves like he wants to be her buddy he will get what he asks for. Nothing happens without attraction which is created through flirting, innuendo and seductive body language and which a guy behaving like a friend doesn’t do.

If a guy is acting like a friend and then he suddenly expresses his feelings, or asks the woman out, she will not like it because he has led her to believe that his intentions are platonic and he has not done anything to build an attraction between them.