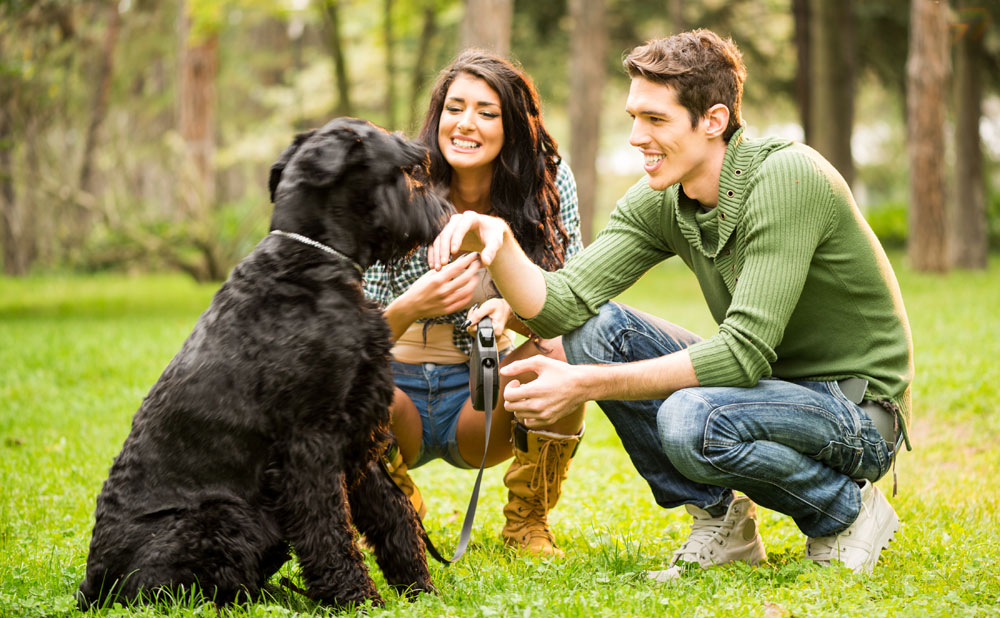 How to Talk to a Woman Who Has a Dog

As long as you approach her in a confident, easy-going way, a woman who is walking her dog will usually be open to talking to you.

Not all women will immediately feel comfortable though, so you usually have to give her a few moments to realize that you are cool, easy-going guy who is just saying a quick hello.

One of the easiest ways to approach and talk to a woman who has a dog is to approach when she looks like she’s having a good time with the dog.

For example: She is in a park, sitting down on the grass and laughing with her dog and she plays with him. You can simply walk over and say:

You: [Smile and say] It’s even cuter than it’s owner. [Pause for a couple of seconds] Just kidding, you’re beautiful too.

Her: [Most likely laughing, smiling, etc].

You: Hey, I’m Dan by the way…I was just walking along and saw you and your cool dog and thought I’d come over and say a quick hello. What’s your dog’s name?

Then, take it from there. The reason why I added in some humor at the start of the conversation is that it’s important that you make her feel attracted to you and show her that you’re not a creepy guy who has nothing else to do but approach women in parks.

Instead, you’re a cool, confident guy and you’re just having an easy-going chat.

After you have made her feel attracted to you and are getting along with her, you can ask her if she wants you to take a photo of her and her dog. For example: “Hey, I’ll take a picture of you and your dog for you here at the park. Do you have camera or phone that takes good photos?”

Then, take a photo of her with the dog and give her camera or phone back. She might even take a couple of selfies with her dog after that and may want to include you in on the action too. 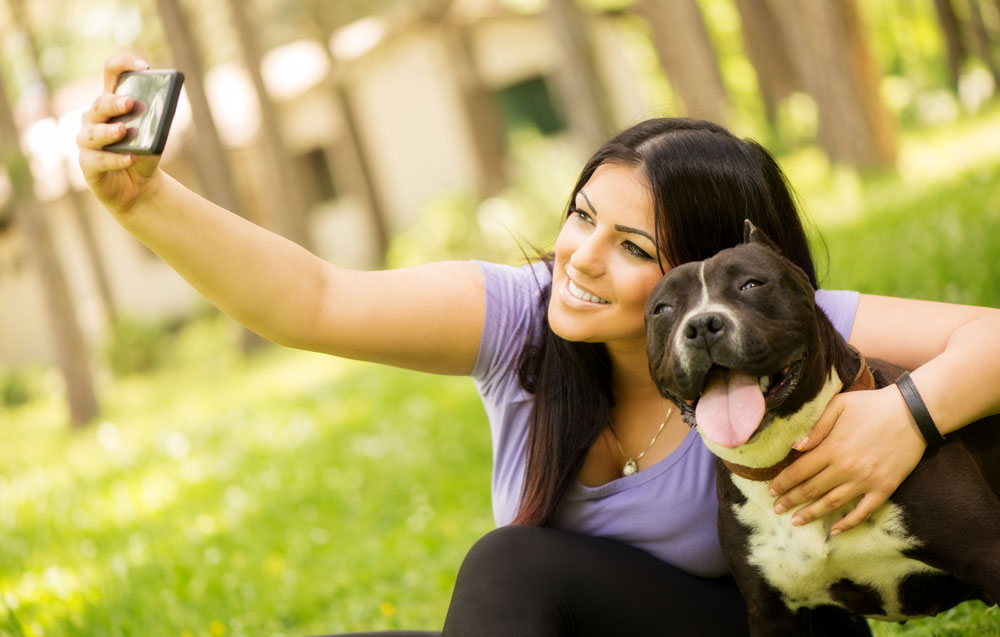 If she doesn’t ask you to join in the photo, just stand back and relax, smile and be happy for her.

It’s important that you make a woman feel comfortable when you approach her in a public place like a park when she is with her dog, so don’t worry about whether or not she wants you in the photo. Just relax and let the interaction unfold naturally.

Guys make all sorts of classic mistakes that ruin opportunities with women who would have otherwise liked them. Women are a lot easier to pick up than most guys realize, but you have to get it right for things to flow smoothly.

If you’ve ever had a pet that you really loved or you have one now, you will know how it feels when other people don’t care about your pet, or see your pet as “just a stupid animal.”

When a guy approaches a woman who has a dog, she is going to be looking to see if he understands the love that a pet owner feels. If he thinks that dogs are unimportant or if he doesn’t like dogs, she is going to get a bit of weird vibe from him.

Dogs are also very perceptive and can sense it if a guy feels anxious and uncomfortable around them. If the dog takes a disliking to the guy, it will make things difficult between him and the woman because she will sense that something just isn’t right.

2. He fakes interest in her dog

If a woman really loves her dog and she senses that a guy is only showing interest in the dog because he wants to pick her up, her guard will go up. She will assume that if he’s faking that, he’s probably not fully trustworthy so she will find it hard to fully relax and open up.

3. He doesn’t know how to handle dogs

Dogs are very protective of their owners; especially when those owners are women. When a guy approaches a woman with a dog, he can’t be afraid of dogs or treat the dog as though it is the pack leader.

Dogs have very keen senses and respond positively to a strong, calm presence. Unless the dog is crazy, it will naturally react by being submissive around a human alpha male.

Being able to charm her dog is just as important as charming her. So, if a guy approaches a woman with a dog and she notices that he is clueless around dogs, she may feel turned off by that.

4. He excludes the dog and puts his complete focus on her

Whenever you approach a woman, you should always pay attention to the people she is with as well. Never exclude who she is with and assume that they are unimportant to her.

Women are attracted to guys who aren’t needy, so if a guy approaches a woman and urgently tries to pick her up, while excluding everyone else with her, she will see him as creepy, weird or awkward.

The opposite of the above point is also true.

For example: According to the Dove cosmetics global survey on beauty, 96% of women do not consider themselves to be beautiful. Why? Have a look at this…

Women know that they don’t look as good without make up, so most of them secretly feel insecure about their beauty. When interacting with a guy who is confident enough to approach, women assume that he must have other women who are interested in him too.

So, unless he shows some obvious in her, a woman will often play hard to get because she’s worried about showing obvious interest and then being rejected.

6. He is nervous and tense

Approaching a woman in a nervous and insecure manner is as a sure way to turn her off; whether she has a dog or not. Insecurity is a sign that a guy lack self-confidence and a woman doesn’t want to spend her time talking to a guy who doesn’t believe in himself.

We live in a challenging world and women don’t want to have to carry weak men or be gentle with them. Women are naturally attracted to confident guys who aren’t afraid to go after what they want.

7. He doesn’t know how to create attraction between them