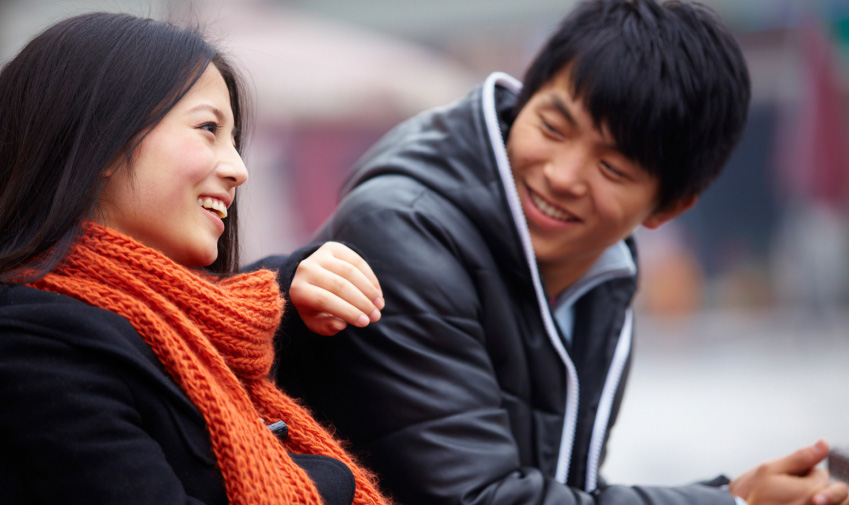 You need to focus on making her feel sexually attracted to you, rather than just getting her to like you as a person.

Many guys make the mistake of simply being nice to a girl and then expecting her to like him for that. Yet, that’s not how it works.

No Sexual Attraction = No Sex

If you want a girl to like you and want to have sex with you and be your girlfriend, she has to feel sexual attraction for you.

Most guys miss out on opportunities with girls who would have liked them and had sex with them, by being too nice and friendly around the girl. You have let her feel your confidence, witness your masculinity in action and experience your social intelligence. This applies whether you are 15 or 50 and if you don’t do it, then you’ll spend the rest of your life trying to get lucky.

Some guys think that success with girls comes down to a few little tricks, but there is more to it than they assume. To be truly successful with girls throughout life, you have become more of an alpha male and be on your way to becoming or actually be what women refer to as a real man.

You will notice that guys at school, work or in your adult life who are more confidence, masculine and socially intelligent than the other guys are the ones who get the girls.

It might sound complicated to talk about confidence, masculinity and social intelligence, but that is really what matters. Whether you accept that now or 30 years later when you look back on your life in regret is up to you. 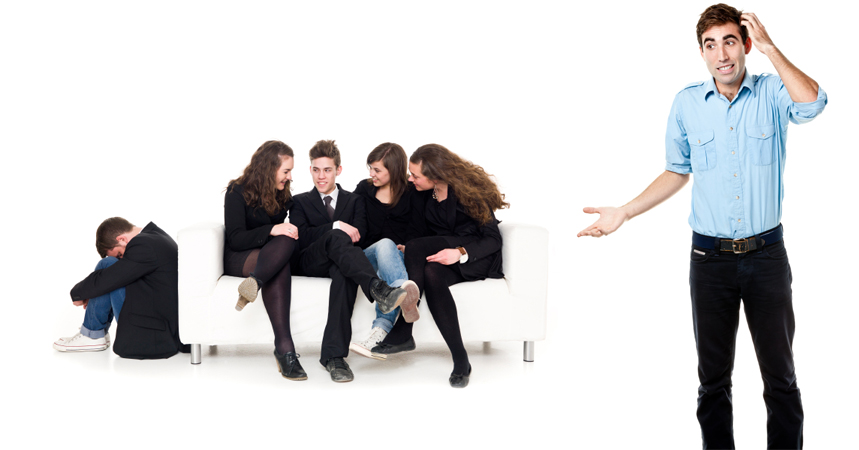 Do you remember having a crush in high school and wondering how to get that girl to like you back? Maybe you tried walking up to her and froze up, or maybe you just watched her from a distance for weeks or months, without talking to her much at all.

Maybe you sent her a love letter because you were too afraid to talk to her. Eventually though, you would have watched in disappointment as she hooked up with some other confident guy, while you were left feeling frustrated about your lack of abilities with women.

After leaving school or college, it would be fantastic if our dating lives automatically improved as we entered our 20s, enjoyed our 30s and relaxed into our 40s.

It would be magical if “becoming older” suddenly gave us the courage to make eye contact with any girl, walk over and know what to say so she begins to fall in love with you right away. Unfortunately, it doesn’t work that way and for most guys, their dating lives don’t improve much at all as they finish studying and enter the world as young adult.

Without the right knowledge on how to get a girl to like them, most guys end up looking for advice from Hollywood movies, magazines, music videos and TV shows.

What these guys don’t realize is that the scenes in movies, TV and the media are mostly designed for entertainment purposes, not education. Many of these guys make the mistake of basing their understanding of how to get a girl to like them from entertainment sources and that’s where a whole bunch of problems begin.

If you want to know how to get a girl to like you, you need to find out what girls REALLY find attractive about a guy. It’s not what you have been told via the media, TV advertising or music videos.

Girls Lie About What They Really Want in a Guy

If you ask a girl face-to-face about what she is looking for in a guy, she will say things like:

Yet, when you see women with guys in REAL LIFE, you will notice that 95% of the guys are just normal height, average or below-average looking (even “ugly” at times), financially poor and of average body weight (or even fat or skinny).

Since most guys have a small to average sized penis, most of the guys that women are with are simply normal, average guys. So, don’t listen to what girls say that they want in a guy.

They usually only talk about superficial stuff or try to confuse guys by saying that they like sweet, sensitive, nice guys. This is just a test to see if you’re socially intelligent enough to read between the lines.

It’s also because most girls are embarrassed to admit that they want to be with a confident, alpha male who will have more power in the relationship than them. They don’t want guys thinking that the secret to success with women is being arrogant or bossing them around (because it’s not), so they say that they are looking for nice, caring guys.

I know, it’s confusing. However, it’s only confusing if you try to learn from girls. For instance, here are a couple of type of guys that girls say they want, but actually reject:

What girls really need: The assertive, masculine (alpha male) personality that is within you. The most attractive type of alpha male is emotionally strong and gives off a confident vibe in any situation.

He never has to follow a woman around to get her attention, or call her constantly to get things going. In fact, he is unpredictable and women are constantly calling and trying to reach him.

Be the alpha male by never hesitating to make confident, relaxed eye contact with people. Talk as though you know people want to hear what you have to say. Feel in control of any situation, without ever need to boss people around. Girls will instantly notice that you give off a different vibe and they will like you for it.

What girls say they want: Girls claim they want nice guys but if so – why do nice guys struggle to get dates with the girls they want? Girls see nice guys as friends not lovers. The nice guy is the safe harmless guy that a girl can hang out with, when her boyfriend or lover is unavailable.

What girls really need: If you want to learn how to get a girl to like you, you have to understand that women truly want a good guy with ‘edge’ (don’t believe the BS about women only going for bad boys.

It just isn’t true…and you already know that, because you see evidence of girls going for good guys who are also cool…true?).

Nice guys fail with girls because their personality doesn’t arouse exciting emotions inside a girl. Girls NEED to feel a lot of emotion for a guy to be attracted to him. You can’t be boring and expect a girl to feel something for you. It just doesn’t work like that.

To go from being a boring nice guy, to being a good guy with edge (a good guy who is also cool), you need to speak with confidence, display masculinity and use humor and flirting. You also need to become a bit of a challenge around girls.

Every girl likes the challenge and the excitement of being with the guy who isn’t super easy to tie down into a relationship. A girl will rarely if ever admit this, but she wants to have to impress you and hope that you choose her.

Expect Her to Impress You

If you stop worrying about how girls see you and instead focus on how you see them, your chances of picking up a girl improve immediately. Pretty much every guy a girl meets will feel attracted to her and be willing to have sex with her.

The smart guys are those who feel attracted, but then withhold some of their interest to get the girl to impress them.

Of course, there is more to picking up girls that just getting them to impress you. This is why it’s so important to learn about this.

Click around my site and you will learn EVERYTHING about how to get a girl to like you. Plus, you will also discover how to make her fall in love with you, want to have sex with you and want to be in a relationship with you immediately…