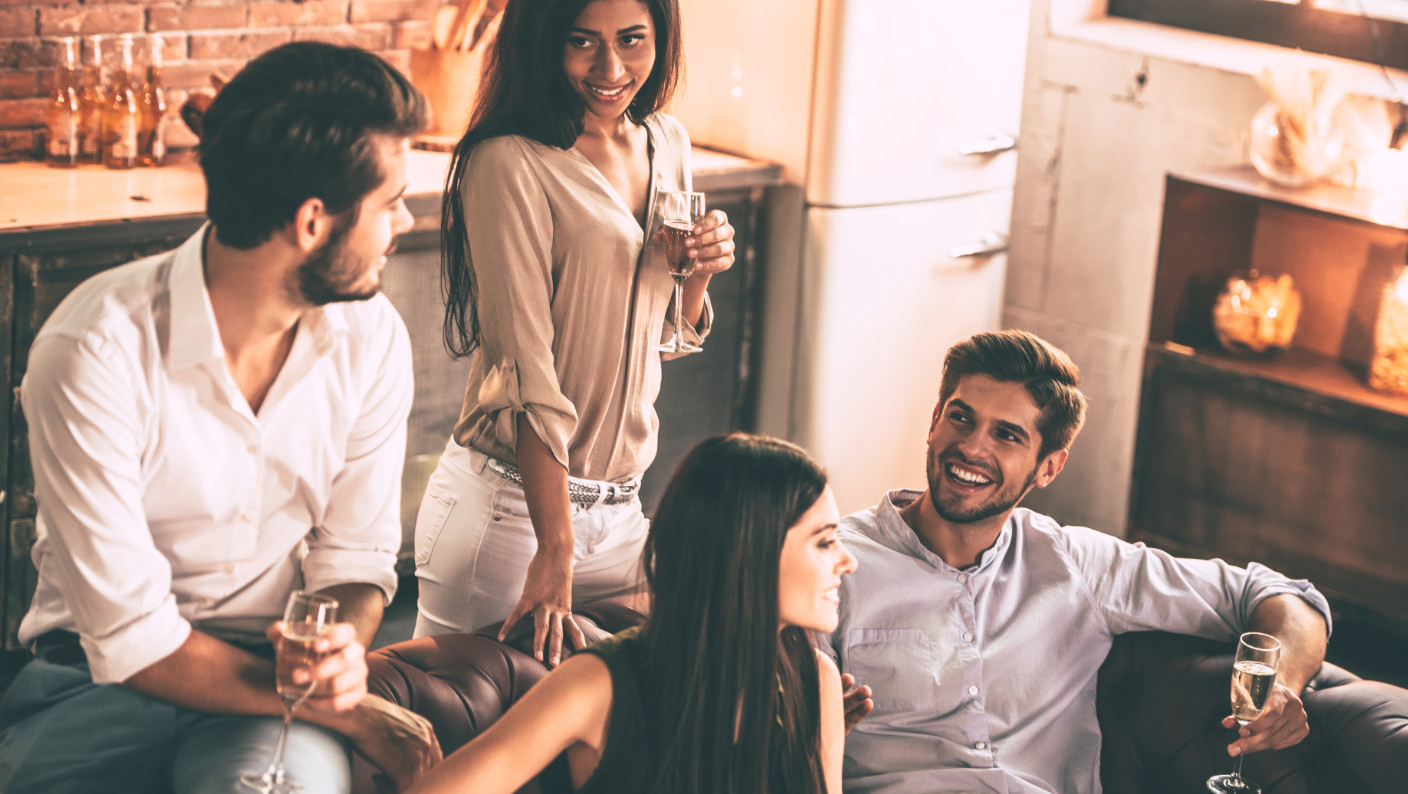 How to Talk to Women – 3 Mistakes to Avoid

Do you run out of things to say to women?

Do you sometimes find it difficult to keep a conversation going and keep it interesting with a woman you’ve just met?

These days, many guys are unsure how to talk to women and often ask me things like, “What do you say after you say hello to keep the conversation going?” and, “How can you keep a conversation going and keep it interesting, so the woman doesn’t lose interest?” and so on.

Many guys think that it’s just them who are struggling with the topic of how to talk to women, but it’s so common.

For example: After a guy has introduced himself to an attractive woman, he usually only has a few more things to say (e.g. What do you do? Where are you from?) before the conversation dries up and she begins to lose interest.

He then begins to feel nervous, the woman notices that he’s feeling nervous and loses interest in him.

It doesn’t have to be that way though.

I’m going to explain some of the common mistakes that guys make when talking to women and if you want to learn, I will explain also how to be confident during a conversation with an attractive woman, how to keep the conversation going and keep it interesting and how to get her to feel sexually attracted to you by using a few simple techniques.

3 Common Mistakes That Guys Make When Talking to Women

When a guy is unsure how to talk to women, he will usually make one or more of the following mistakes.

Instead of cracking a few casual jokes, or just talking about anything and everything like he would when chatting with friends, he turns conversations with women into boring interviews.

A woman can only assume that if your conversation with her is boring, a relationship with you will probably be too.

When talking to women, make sure that you use humor and flirting with your conversation.

Without it, you’ll just come across as another boring guy who is too afraid to loosen up and chat with her in a fun, interesting way.

There’s nothing wrong with asking what she does for a living, but be ready to flirt with her or crack a joke when you get her answer.

You: [Smile and say] You don’t look like a teacher.

Her: [Seeing that you’re smiling, wondering if you’re joking] What do I look like?

You: [Say in a joking manner] A mechanic. You look like you fix cars and work with your hands. Let me see your hands.

When she shows you her hands, take one or two of them into your hands and have a look.

Then say, “No, okay, you’re not a mechanic. You have soft hands. So, okay – what do you teach?” and let her see (based on your body language and tonality) that you were only joking.

2. Thinking that he has to impress women during conversation

The fact is, women hate it when you try to impress them during a conversation because it shows that you feel unworthy.

One of the most important lessons you need to learn about how to talk to women is to get her trying to impress you.

That way, she will do most of the talking, she’ll laugh at all your jokes and will be more eager to listen to what you have to say.

3. Being afraid to express himself in an emotional way in fear of being judged or embarrassed

Women are more attracted to men who are confident enough to express their opinions and emotions in a masculine way.

An example of how to express yourself in a masculine way that women find interesting is at the bottom of this article.

Why I Had to Learn How to Talk to Women

I can totally understand why guys make these mistakes when talking to women, because I used to be very much the same.

I can still remember back to the horrible time in my life when I had NO IDEA how to talk to women.

Even though I really, really wanted to have an interesting conversation with the women I’d meet, I usually would run out of things to say and they’d then get bored and lose interest in talking to me.

The conversation would die anywhere between 15 seconds and 2 minutes.

Following that, I’d feel down about it for days because I knew I was probably going to have to wait a long time until I had another opportunity to talk to another woman.

When I tried to talk to new women in bars or clubs, they’d usually walk away saying, “I have to go to the bathroom” only to never return, or would stop talking to me and start talking to their friends instead.

Like you, I started searching around for answers on how to talk to women.

Yet, I couldn’t find anything useful, so I decided to keep approaching women every weekend in bars and clubs until I worked out how to talk to women in a way that captured their interest in me and – most importantly- maintained their interest.

After a lot of trial and error, I eventually developed a set of conversation techniques that worked every time.

As a result, I could consistently talk to a new woman in a way that sparked AND maintained her interest long enough for her to really get to know me and see the real me.

From there, I developed additional techniques that caused women to start showing me loads of interest in me and begin trying to pick ME up.

Today, I teach the techniques here at The Modern Man and can absolutely guarantee that when you learn from me, you will know exactly how to talk to women in a way that effortlessly leads to sex, dates, love and relationships.

One of the techniques that I now use to keep conversations going and keep them interesting is technique that I call Talk From Your Own Perspective.

This is where you offer some conversation from your personal perspective and then ask the woman a question on the same topic to bring her into the conversation.

This works SO MUCH better than just asking a woman questions and not offering any personal opinions to the conversation yourself.

For example: Instead of asking her, “Do you like the beach?” you would first talk from your perspective by saying, “I love the beach…I’ve managed to get there twice this summer with some friends…How about you, did you get to the beach much this summer?”

Then, expand on her answers and add in some flirting to build more attraction and connection between you and her.

Before you know it, you will see that she is totally into you and wanting something to happen between you and her.

You then get her number and then get in touch to set up a time to meet, or move in for a kiss or take her home that day or night to have sex.

I’ve done that more times that I can count and if you want to learn exactly what to say and do, then keep learning from me right now and I’ll reveal more secrets that you can use right away.