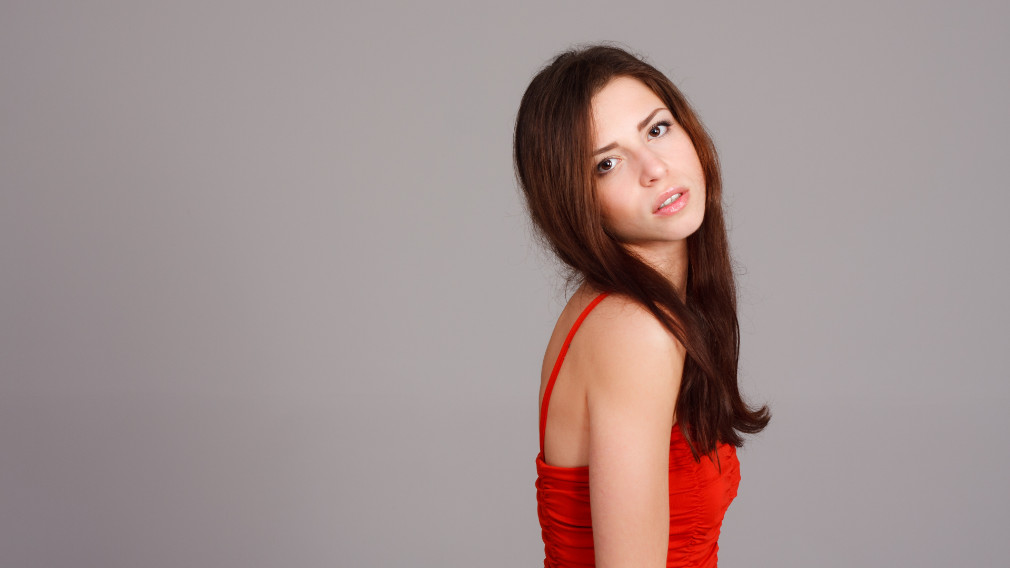 Yes, in most cases they do.

When asked what type of man she wants, a woman will usually say something like, “A nice guy…someone who cares, who listens and treats me like a princess.”

Yet, she will then do the OPPOSITE by dating a bad boy, a jerk or a guy who doesn’t treat her well.

So, what is going on there?

Is she lying when she says that she wants a nice guy?

She really does want a good guy, but a typical nice guy usually misinterprets what she means by ‘nice’ and that is where the problems begin.

What she means by “nice guy” is a confident, masculine guy who is also a good guy.

She does not mean a shy, unassuming, nervous nice guy who feels intimidated by her and makes her feel as though she’d be doing him a favor by being with him.

She doesn’t mean a guy who is way nicer than he needs to be, or wants to be, in the hopes that she will allow him to be with her.

She’s not looking to reward niceness with love, sex and devotion.

Instead, she wants to feel attracted (i.e. to a guy who is confident) to a good guy, not feel like she is being manipulated into something by a guy who is putting on an act of being nicer than he is, or has gotten so used to being a ‘nice guy’ that he honestly believes that’s who he really is.

Women who have gotten into relationships with very nice guys, often find that the guy isn’t really that nice later on.

In fact, many ‘nice guys’ turn out to be controlling, jealous, insecure guys who are very angry deep down, regarding how they’ve been treated by others and by women throughout life.

In many cases, months or years into a relationship, a woman will realize this and want out of the relationship, which will cause the ‘nice guy’ to become very angry and try to stop her.

Not all nice guys are like that, but many are, which is why women feel as though they need to put their guard up around a nice guy and be wary of the way he is presenting himself.

Nice Guys Who Get Rejected or Dumped

Nice guys who get rejected or dumped by women are those who are shy, nervous, wimpy and intimidated around women.

Nice guys who get laid and get themselves a girlfriend or wife who loves and respects them, are those who are confident, emotionally secure, masculine (in their behavior and thinking) and are not intimidated by women.

In other words, the guy is a confident, manly good guy.

That’s what most women want.

Almost all women do not want a bad man or a bad boy  and instead, want a g good guy who is confident and manly.

So, when you see a nice guy getting rejected by a woman, it will almost always be because he lacks confidence and masculinity.

How do you become more confident and masculine?

You need to focus on becoming an even stronger man (mentally and emotionally) than you already are right now.

Being a shy, nervous, self-doubting nice guy is not the answer to short or long term success with women.

If you lack confidence and masculinity, it won’t matter how nice guy are to women; they just won’t be interested because your mental and emotional weakness will turn them off.

The Type of Nice Guy That Women Don’t Like: Wimpy, Pushover, Nervous, Too Nice

When a woman says that she wants a nice guy, she is NOT referring to the type of guy who:

The Type of Nice Guy That Women Do Like: Confident, Stands Up For Himself, Cool, Good Guy

Now that we have talked about what women DON’T want in a nice guy, what DO they actually want? A woman’s version of a nice guy is a man who:

Personally speaking, I transformed myself from a nervous, self-doubting nice guy into a confident, good guy alpha male.

Here are some photos of me BEFORE and AFTER I learned how to be the confident guy that I am today.

These smart men have already learned from me and are now enjoying easy success with women.

I am still the same nice, good guy that I always was, but the difference is that I am now a confident good guy.

My nervousness, shyness, anxiety and fear of attractive women is GONE.

Why is that important?

Women are attracted to the strength in men and turned off by the weakness.

The more confident and strong that you become as a guy, the more naturally attractive you are to women.

However, confidence is only ONE of the ways that you can attract women.

At The Modern Man, I teach guys how to attract women in more than 100 different ways.