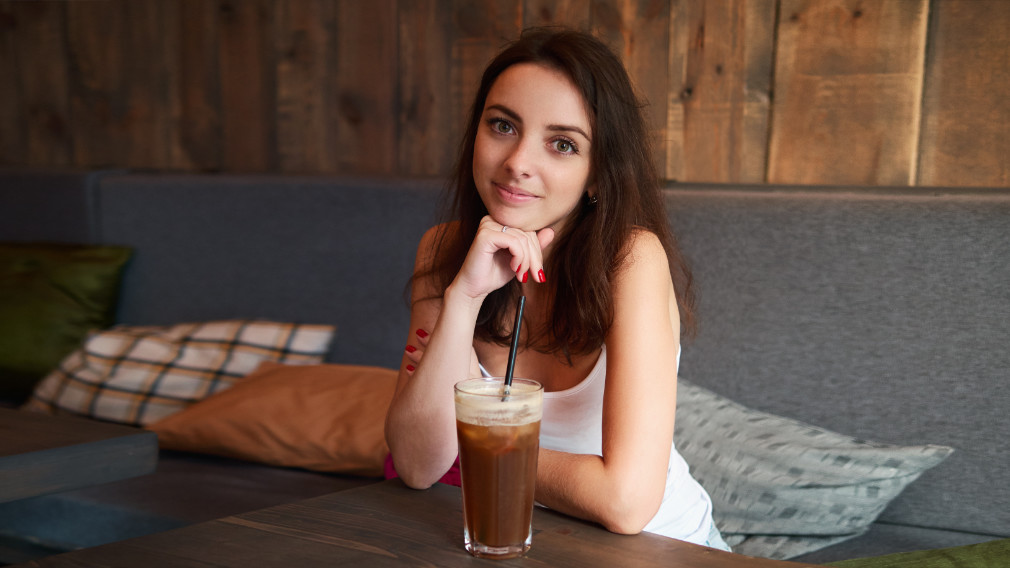 Do You Run Out of Things to Say When Talking to Women?

Have you ever started talking to a woman (or group of women) and run out of things to say after only a few seconds or minutes?

Have you ever been on a date and started to panic because you couldn’t keep the conversation interesting?

Have you ever experience awkward silences when talking to a woman you really liked?

Don’t worry, most guys have experienced that problem and it is easily fixed by understanding why it happens.

For example: When a guy runs out of things to say when talking to a woman, it’s usually because he:

The good news is that all of these mistakes (and more) can be prevented quickly and easily.

If you make any of those conversation mistakes, you are NOT doomed for life.

You can learn how to be better at conversation and you can easily go from a conversation to a kiss to sex and into a relationship with a woman.

For example: A question that I like to ask during a conversation with a woman I’ve just met is, “So, what’s the best thing that has happened to you in the last few months?”

You’ll find that women tend to smile and think hard about the last few months of their life.

When she comes back with an answer, you will have just discovered the BEST THING to be talking to her about.

Let’s look at one of the problems from the list above and I will give you an example of how to fix it:

12. Is not asking the right questions to get the woman to open up and talk freely.

This one is interesting.

Guys who are great at conversation can make even the most COLD, distant and ‘stuck up’ woman open up to them and start talking freely.

In fact, with the right techniques you can make a woman not want to stop talking to you for HOURS.

There are many things that a great conversationalist does to make this happen.

One of those is to ask the RIGHT questions, in the RIGHT order.

Some guys make the mistake of asking simple, standard questions that tend to lead to a DEAD END in the conversation.

After the woman has finished answering the ‘simple’ or ‘standard’ question, there’s really nothing more to talk about on the subject so it dies…and all that’s left is an awkward silence.

I must point out: While asking the right questions is very important, it doesn’t solve everything on its own.

To make women feel emotional and excited about talking to you, I recommend that you use the exclusive techniques revealed in The Ultimate Guide to Conversation.