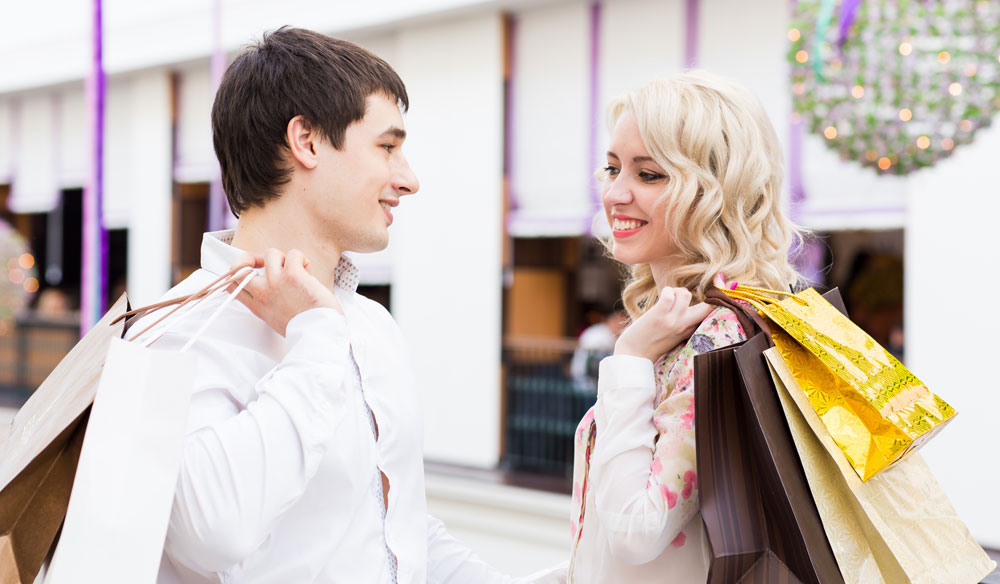 It is almost impossible these days to switch on the TV or page through a magazine, without being bombarded by images of what are being touted as the latest fashion trends for men.

Fashion magazine editors, in desperate need to make more sales, and to be noticed above all the competition, are constantly touting “the latest must haves” and “this season pink (or mauve, or peach) is the new black in men’s clothing.”

However, if you consider that fashion designers are mostly gay men, and that they are the ones who are telling straight men what they need to wear to attract women, you will have to start questioning the validity of the advice that you’re getting. After all; asking a gay man what color shirt do women like is like asking a barber if he thinks you need a haircut.

If you want to know the real reason why a lot of good guys fail with women, even though they are wearing a nice shirt, watch this…

Getting caught up in all this fashion hype can make many guys feel confused about how to attract a woman, and leave them focusing on (insignificant) things such as, what cologne do women like, what color shirt do women like, or do women look at men’s shoes, by way of making themselves more attractive so that women will notice them.

Okay, let me just say this – women don’t really care what you wear, it’s all the other real man qualities that you have that are going to attract her, not the color of your shirt; trust me on this one.

Attracting a woman is all about confidence and self assurance, charm and humor. If you’ve got these qualities then you won’t even have to ask the question: what color shirt do women like?

Unfortunately, many guys feel so insecure in themselves, that they believe that if they get the right colored shirt they will also get the girl. In reality these guys are not getting the girl, not because of their shirt color but because they:

Approaching a woman in a nervous and insecure way is a sure way to get turned down. The guy can be wearing a 3 piece silk suit and it won’t make a difference to her; lack of self confidence is a big turn off.

Guys who are scared of women are unlikely to get far with them. Women don’t want to feel like they are the dominant ones in any interaction or relationship, and a guy who is constantly afraid to speak his mind and stand up to her, is perceived as being mentally and emotionally weak.

4. Haven’t yet mastered the art of conversation with women.

Being a good conversationalist is attractive; talking about the weather, your boring job, your cat’s hemorrhoids, or your mother’s cooking, is NOT. Guys who cannot engage a woman with a good conversation are not going to make it past the initial “hello.”

Attraction happens long before any words are spoken.

Body language is the secret language between two people that says, “I like you, come talk to me” and “you’re sexy, I want to get to know you better” or “what a wimp, you give me the creeps!” and “Oh no! I hope you don’t ask me out!”

Many guys either don’t know how to display attractive body language at all or, they use body language so badly that they cause the woman to feel uncomfortable and tense; either way, they’re not getting the results they want.

It’s one thing for a guy to look good and dress in all the latest fashions, but if he’s got nothing to back it up he’s like and empty shell. If he is sporting all the trimmings of success without actually having goals and purpose in his life, he is simply a well dressed fake.

7. Have no idea how to make her feel like a real woman.

8. Have very few friends or no good friends.

A guy’s social circle says a lot about him. The more real friendships he has, the more trustworthy, sociable and interesting he’s perceived. Guys who lack friends make a woman wonder, “What’s wrong with him? Why does no one like him? Is he trustworthy?” and no woman wants to be with a man she perceives as not being trustworthy.

If You Have to Ask the Question…

In essence, if you are asking what color shirt do women like you are confused about what women find attractive in a man. Next time you’re out in any public place, at the mall, the supermarket, in a club or wherever, take a good look around you.

If you’ve been paying attention you will have realized by now that getting a woman to feel attraction for you has nothing to do with what you’re wearing and everything to do with how you approach her.

Of course this doesn’t mean you should neglect yourself; good grooming is always attractive, but in the end it won’t matter if you’re wearing jeans and a T shirt or a suit as long as you’re confident about who you are.

If you’re still getting confused, just remember one simple rule; leave the pink (mauve and peach) for the girls. No matter how much genders try to merge into a neutral no man’s land, even in today’s liberated world, whenever you want to differentiate between a boy and a girl you will see that PINK is for GIRLS and BLUE is for BOYS.

In the end though; if you’re an alpha male you can even get away with wearing pink, because a woman will be attracted to you no matter what you have on…