How to Be the Man in a Relationship

Here are 4 examples of how to be the man in a relationship:

1. Be emotionally stronger than she is

Every now and then, life tends to throw you a curveball and a woman wants to be able to rely on her man to remain strong no matter what happens.

She doesn’t want to have to be the strong one or “the man” and take care of a scared, sensitive or insecure guy who can’t handle the pressures of life as a human being. She wants to be able to relax into being the more emotionally sensitive and vulnerable one, rather than having to be strong for her guy because he is weak.

All across the world, women are naturally attracted to the emotional strength in men (e.g. confidence, determination, high self-esteem, calm under pressure, etc) and turned off by the weakness (e.g. insecurity, shyness, anxiety, nervousness, etc).

When a woman can see that her man always remains emotionally strong no matter how tough life gets or how much she tests him (e.g. by being less affectionate, throwing tantrums, etc), it deepens her respect and attraction for him in a profound way.

She can look up to him and respect him as the man in the relationship, rather than looking down on him and feeling as though she’s gotten herself involved with a half a man or a wimpy guy who isn’t emotionally strong enough for a woman like her.

These days, millions of guys across the world spend 100s of hours per year in gyms trying to build up muscle in the hope that they can appear strong to women.

There’s nothing wrong with a guy working out, building muscle or staying in shape, but it’s not the type of strength that makes him the man in the relationship.

He might be able to lift heavy weights, but if he crumbles under the pressure of life or becomes emotionally sensitive and weak in response to the the tests of his woman, she is going to look at him as a weak, almost useless man regardless of how big his muscles are.

In today’s world, physical strength rarely gets a guy promoted at work, top grades at university or success in business. As men, our inner strength is what is most valuable to women and to ourselves…and women instinctively know that.

A woman might not be able to explain it in that way, but she knows that big muscles on an emotionally weak guy (e.g. nervous, low self-esteem, lack of belief in himself, gives up easily when things get challenging, etc) is not going to pay the bills, make her feel happy and lead both of them to a better life in the future.

There’s nothing wrong with having muscles, but if you’re not strong on the inside, a woman isn’t going to be able to look up to you and respect you as the man in the relationship.

Relationships will often fall apart when a man is unable to maintain the respect between himself and the woman.

For example: He will allow her to disrespect him and treat him badly. In an attempt to change how she is treating him, he will be extra nice to her and try to kiss up to her (e.g. by being very generous, cleaning up around the house, etc) in the hope that she will reward him with more love and respect.

Yet, the more he rewards her bad behavior, the less respect she will have for him.

Alternatively, a guy may react with anger and frustration and treat his woman badly if she doesn’t respect him, which will only destroy her respect for him even further.

Neither of those approaches work in the long run because the woman loses respect and attraction for the guy and then begins to fall out of love with him.

So, how can you maintain mutual respect in a relationship?

Maintaining mutual respect is about not letting your woman push you around and treat you badly, but at the same time, making sure that you respect her and treat her well too. If either of you are out of line, as a man, you need to be the one who pulls everything back into line.

You can’t expect her to “be the man” in the relationship and take charge of the situation.

If you get into an argument, you need to be a man by gaining control over your emotions (i.e. be calmer, more loving, being patient and understanding, etc) and then guide both you and her back to a more harmonious way of communicating, behaving and treating each other.

When you are able to take charge and lead the way like that and guide both you and her back into a more loving, respectful way of being, both you and her grow together as a couple, rather than falling apart through pointless arguments where you end up wasting time and energy blaming each other and trying to make each other feel bad.

For the love and attraction to stay alive in a relationship, you have to make sure that you maintain mutual respect. If a woman doesn’t respect you, she will then lose attraction for you and if it goes on for long enough, she will begin to fall out of love with you.

3. Lead the way to a better life for the both of you

To succeed and live a comfortable lifestyle where you can afford to go on vacation and buy nice things, it often takes a lot of hard work, determination and persistence to get there.

Unlike those who are born in a wealthy family and life a comfortable life (often without having to work a day in their life), the rest of the population usually has to work hard and for a long time to be able to enjoy a great life in today’s world.

In the competitive world that we now live in, success isn’t handed out easily. If it was, everyone would just do a little bit of work and then be hugely successful in life.

It would be nice if life was like that, but down here on planet Earth, life is often a challenge and requires a lot of emotional strength and persistence to achieve great things.

Part of being the man in a relationship is taking on the role of being the person who is mostly responsible for guiding you and her to a better life in the future. 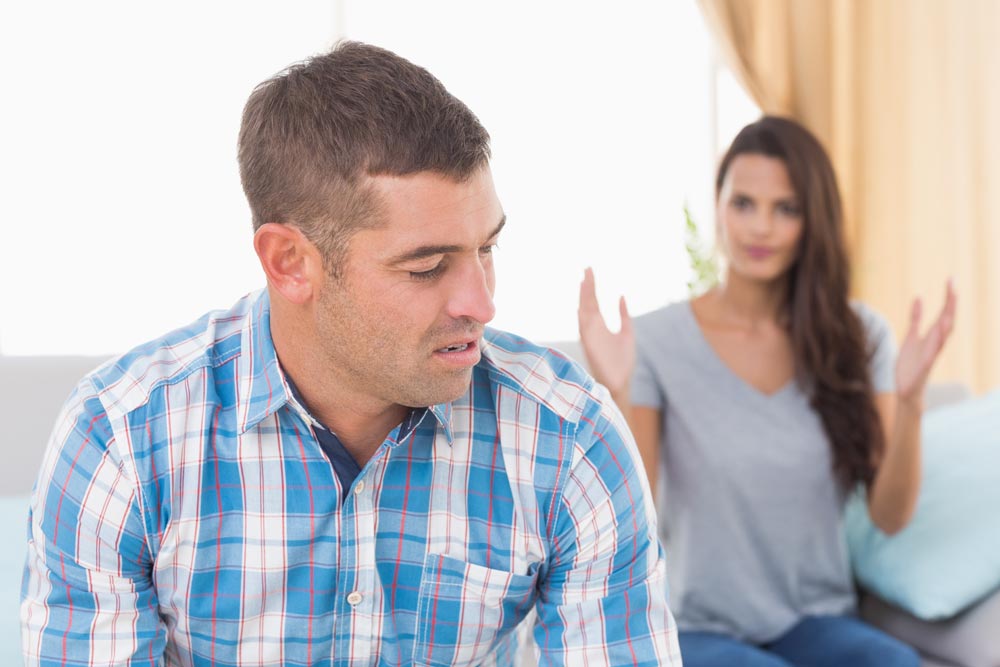 This doesn’t mean that you have to do all the work or earn all the money, but that you have to make sure that both of you stay on track to getting where you’re aiming to be in 10 or 20 years time.

When a woman sees that her man is rising through the levels of life and reaching for his true potential as a man, she will feel safe with him, respectful of him, attracted to him and will be more in love with him, compared to if he were to hide from his true potential because of laziness or a fear of failure.

To make a woman feel like a real woman, you need to make her feel girly and feminine in response to your masculinity.

When you are consistently a masculine man (e.g. you are emotionally strong, you don’t supress your masculine vibe around anyone, you are confident, etc), she can relax into being a feminine woman around you.

A mistake that a lot of guys make in a relationship, is to get too comfortable with their woman to the point where he treats her like a friend or “one of the guys” rather than treating her as his girl or woman.

You’ve always got to let your woman to be in a position where she feels girly and feminine around you. When you do that, she will naturally see you as being the man in the relationship.

Should a Man Pay for Everything?

My Girlfriend Flirts With Other Guys: 5 Reasons Why She Might Be Doing it