How to Re-Attract Your Ex (5 Examples)

In this post, I’m going to provide you with five different examples of how you can re-attract your ex-girlfriend (or if she’s your ex-fiancé, or ex-wife, the same rules apply).

This is how to re-attract an ex-woman who has broken up with you, and currently doesn’t want anything to do with you.

So, how can you make her feel attracted? How can you re-attract your ex?

1. Be emotionally stronger than her 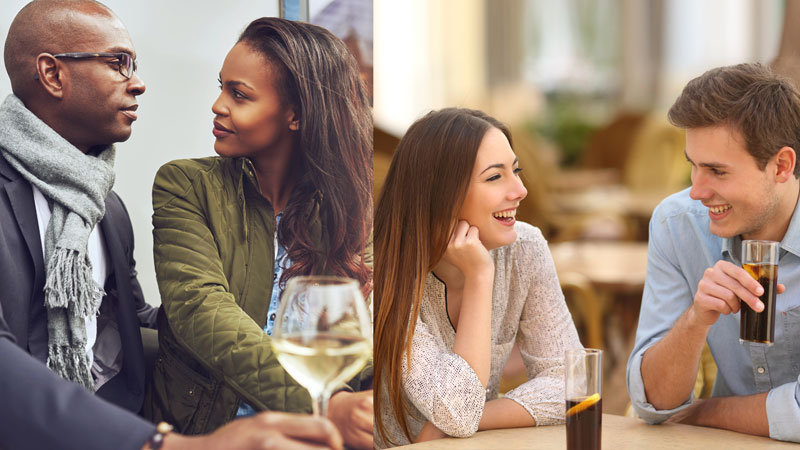 On the other hand, women are naturally turned off by emotional weakness (e.g. insecurity, self-doubt, low self-esteem, passiveness, lack of determination to succeed).

So, when you’re interacting with your ex, what you need to do is just remain confident no matter what she says or does to test you or throw you off or mess with you.

What you need to understand is that if you can remain confident no matter what she says or does, she will feel naturally attracted to you, whether she likes it or not.

Attraction is an automatic response that people have to each other.

When you see a woman that you find attractive, the attraction that you feel is automatic; you don’t have to think about it.

Likewise, when you’re interacting with a woman, and you’re displaying traits that women naturally find attractive, they feel attracted automatically without having to think about it.

Your ex might hate you at the moment and she might not want anything to do with you, so when you make her feel attracted, she might start to close up a little bit and try to fight it on the inside, but she cannot stop it.

Attraction is an automatic thing that happens, and it cannot be turned off.

Of course, just being emotionally stronger than her isn’t the secret magic cure to get a woman back. It’s just one way of making her feel some attraction for you again.

If your ex doesn’t feel any attraction for you, then don’t even worry about trying to get her back, because it’s not going to happen. She’s just going to keep saying, “No, no, no, no.”

What you need to do if you want to get your woman back is you need to actively be making her feel attracted to you, and one great way to do that is to be emotionally stronger than her.

2. Show her that you’ve moved beyond the level that you were at when she broke up with you 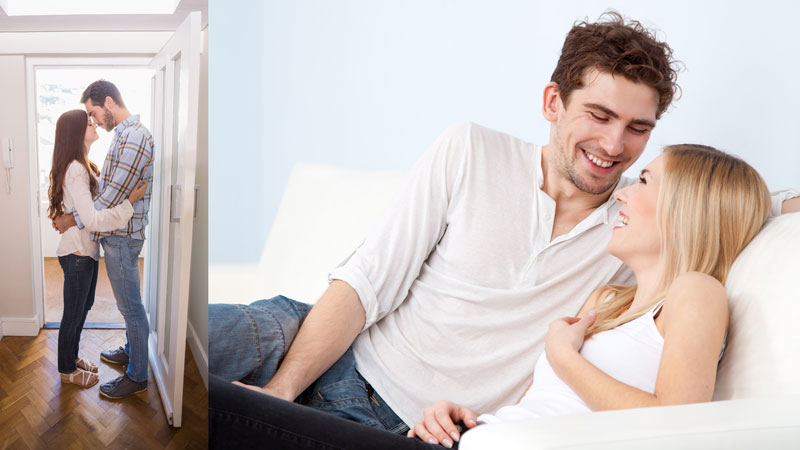 For example: If a guy was insecure, he needs to now show her that he’s emotionally strong.

If a guy lacked ambition, he needs to now show her that he has big goals, and he’s starting to make progress towards his big goals in life.

If he took her for granted, he needs to let her know that everyone makes mistakes, and that it’s possible for a guy to change. Then he needs to make her feel appreciated, but not in a desperate way.

The next example of how to re-attract your ex is…

3. Use humor to make her smile, laugh, and feel happy to be interacting with you 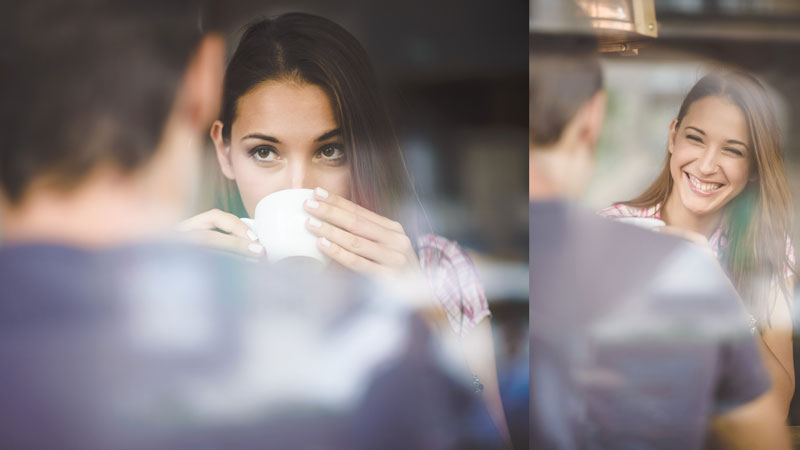 For example: If she asks you, “What have you been up to?” you can jokingly say, “Oh, nothing. I’ve just been sitting here by the phone for the past four days waiting for you to call. I haven’t eaten or slept.” Then just laugh.

She’s then going to most likely laugh, and she’s going to know that you’re joking, and you can add in, “I’ve also grown a beard while I’ve been waiting for you to call. I can finally shave it now that you’ve called me. It was getting pretty long.”

The point of talking to her like that is when you use humor to make a woman laugh, and smile, and feel good when interacting with you, it gets rid of her focus on the negatives.

The negatives of the relationship don’t seem as important anymore because she is feeling good around you.

When she interacts with you now, she can laugh, and smile, and feel good, and she’s not feeling tense or awkward or weird around you. It just feels comfortable, and happy, and positive.

Focus on using humor, but don’t go overboard with it. Just add it in to your interactions with her.

Get her laughing and smiling because it just relaxes the vibe between you and her, where she is feeling attracted to you, and is open to interacting with you.

4. Get her to forgive your past mistakes, so she will allow herself to feel attracted to the new you 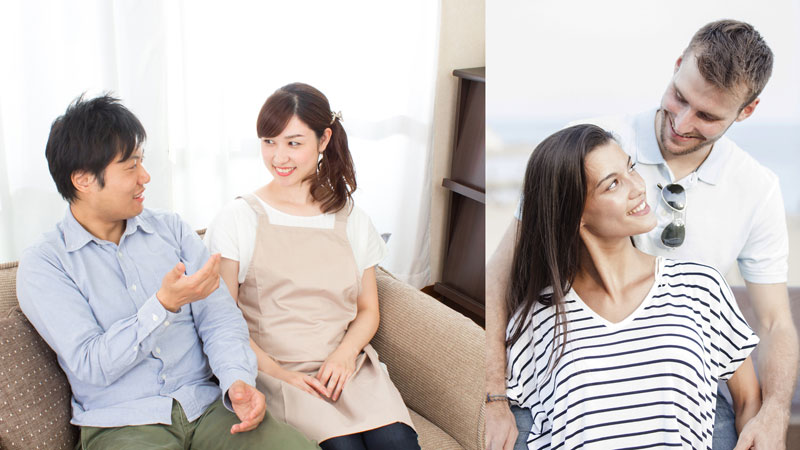 When a guy is trying to get his woman back, he will often ask, “Can you forgive me?” sort of thing.

Sometimes a woman will just say it for the sake of saying it, “Yeah, I forgive you,” but she won’t really forgive him. She’s just saying it.

To allow her to feel attracted to the new version of you, you have to get her to forgive you for real.

How? Get her to forgive you for her own benefit.

Tell her that if she forgives you, it’s going to make her feel better about herself. (This is actually true).

It’s going to make her have less baggage or no baggage when she goes into a future relationship, and it’s going to allow her to look back in a positive way on the relationship that you and her had rather than focusing on the negatives, and feeling bad about it.

If you can get her to that point where she really does forgive you, it then allows her to start looking at the new you, because she’s drawn a line in the sand with the forgiveness, and the old you is the guy that made all those mistakes.

The new you is the guy who is no longer like that, and she can start to look at you as being the new version of you.

When you are saying and doing things to actively make her feel attracted, she’s no longer holding onto the old version of you as much as she used to. That then allows her to have more feelings for you, such as respect, attraction, and love.

5. Don’t look at other guys as being competition for her

Whether guys like this fact of nature or not, it is true, and that is women are more attracted to alpha males than any other type of guy.

To make your ex see you as being alpha, you must not look at any other guy as being competition to you.

This isn’t about being a bad boy, a jerk, an asshole, an arrogant guy, and walking around saying, “Oh, I’m so good. Every other guy is crap. No one’s like me,” sort of thing, and really going on and on about it.

It’s just a very simple alpha male mindset, and you don’t have to be a bad guy or a bad boy to have that mindset.

The good guy alpha male approach to life is to see yourself as the best guy out there, while also being respectful and considerate of others.

The bad boy alpha male approach to life is to be selfish, mean, hurtful, and look down on others. Yet, you don’t need to be like that to have an alpha male mindset.

You can still be the good guy that you are, so don’t look at other guys as being competition for her.

See yourself as the alpha male.

See yourself as being the best guy out there, but also be respectful and considerate towards others.

Continue to be the good guy that you are, but just believe in yourself and your attractiveness to her and other women.

Note: When you believe in yourself and your attractiveness to women, it naturally and automatically makes women feel attracted to you because women are naturally attracted to confidence and alpha male thinking in men.

When your ex picks up on your calm, relaxed alpha male mindset, she will naturally feel respect and attraction for you.

She won’t be able to stop it. It’s an automatic reaction that women have. It’s a natural attraction, and women cannot turn it off. Women naturally feel respect and attraction for alpha males. 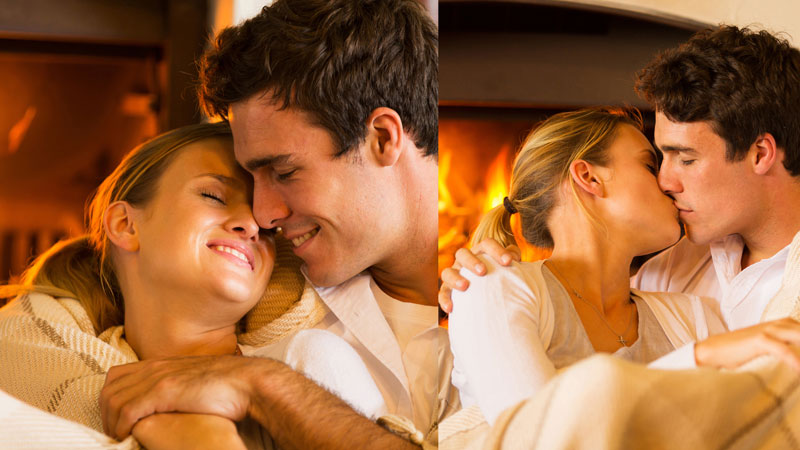 Okay, so I hope you’ve enjoyed this post, and learned something from it.

If you’re looking for a step-by-step solution to get your ex back, then I recommend that you watch my program, Get Your Ex Back: Super System.

When you use the techniques from Get Your Ex Back: Super System, not only will you be able to get her respect and attraction back, but you’ll get her to fall back in love with you again.

Re-attracting your ex is actually a very easy thing to do when you know what to do. If you don’t know what to say or do to make her feel attracted to you again, then getting her back is a very difficult thing to do.

Some guys try to get their woman back by begging, and pleading, and trying to explain to her that things will be different now, and trying to convince her that he really has changed, but that really doesn’t matter to her.

What works to get a woman back is when you actively make her have feelings for you again (e.g. feelings such as respect, attraction, and love). That is what matters.

If you’re not actively making her have feelings for you again, then she’s not going to care about what you’ve got to say about how the relationship could be or how you’ve changed.

If you want to get her back for real, you’ve got to actively make her have feelings for you again.

It’s very easy to do, and it’s an automatic reaction that she will have once you start doing it.

7 Simple Rules For Getting Your Ex Back

How to Make Your Ex Miss You