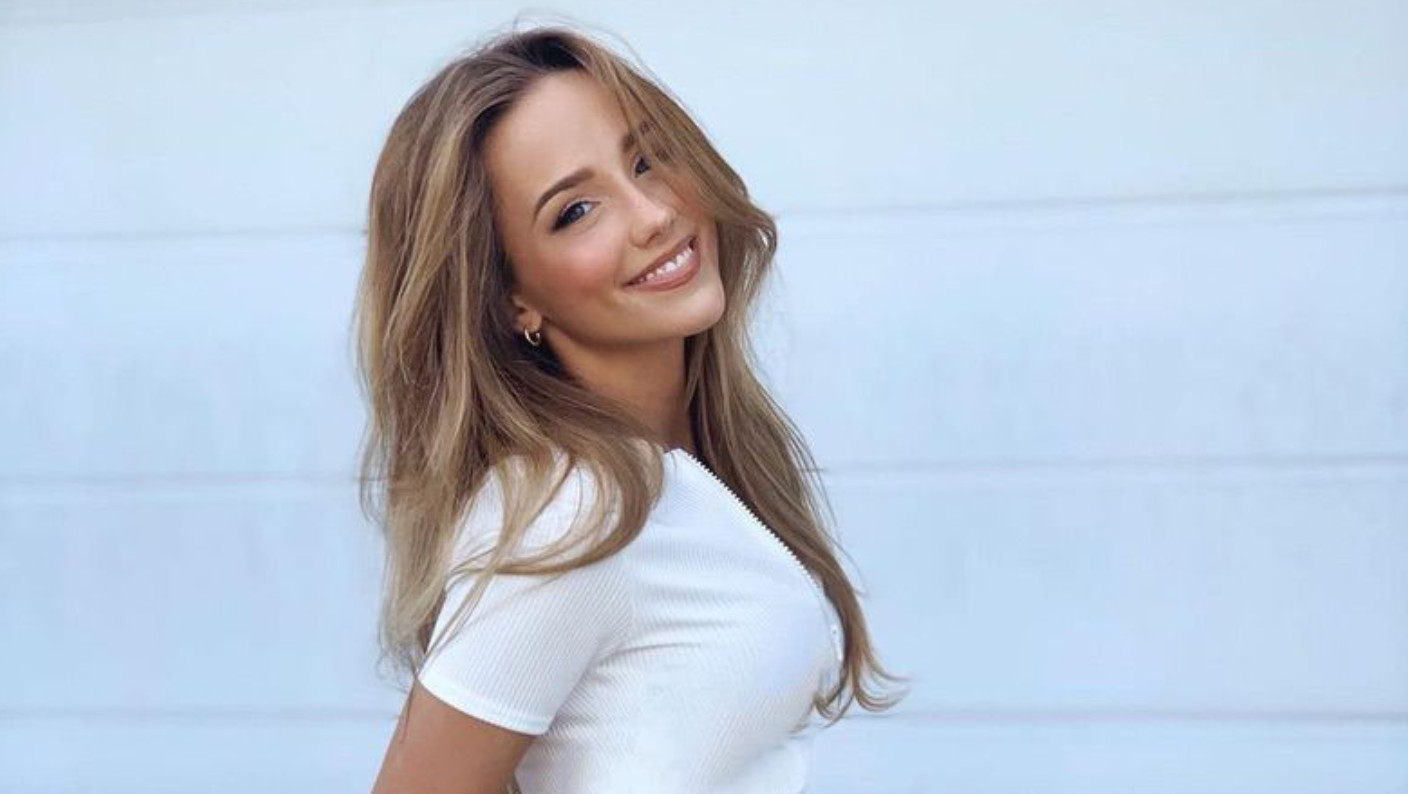 How to Work Things Out With My Girlfriend So We Get Back Together: 11 Tips

Here are 11 tips to help you work things out with your girlfriend so you get back together.

1. Stop trying to get a relationship before changing the subtle things that have been turning her off

Subtle things are things that a woman will rarely (if ever) tell a guy about.

It’s the little annoying quirks, behaviors and actions that turn her off over time and convince her that they are no longer compatible.

For example: Some subtle things that can turn a woman off and make her not want to work things out with a guy are…

So, if you want to work things out with your girlfriend so you can get back together, the first step is understanding and then improving the subtle things about yourself that turned her off.

That automatically sparks some of her feelings again, because she feels heard and understood.

2. Improve and then re-attract her based on changing the subtle things

When you re-attract your girlfriend and allow her to see for herself that you’ve truly changed and improved some of the things that turned her off in the relationship, she will feel a lot more motivated to work things out so you can get back together.

Don’t tell her that you’ve changed.

Show it to her through your actions, behavior, conversation, attitude and the way you respond and react to her.

A woman can pick up the changes in a guy without him having to mention it to her.

Of course, if something comes up naturally in conversation you can talk about it.

For example: If you were a bit of a loner before the breakup and she asks you what you’ve been up to, you can tell her that you’ve joined a Meetup group in your area and are now getting out more and making new friends.

However, keep it brief.

You don’t want to give her the impression that you’re looking for her to say, “Well done! You’re doing so well. I’m so impressed with you.”

That won’t make her feel attracted to you and that’s what you should be aiming for.

3. Don’t try to work things out via text

Trying to work relationship problems out via text is both annoying and exhausting.

There’s just so much that needs to be discussed that texting just can’t keep up with the back and forth.

As a result, misunderstandings are almost guaranteed.

Then, more explanations and apologies are needed to try and recover from the texting mistake, which then leads to more annoyance and frustration.

It can then turn into a lot of effort, which a woman who has disconnected from her feelings for a guy doesn’t want to have to put in.

This can result in her wanting to block her ex’s number or social media profile, to give herself a break.

That makes it a lot more difficult for him to get her back, obviously, because she’s not interacting with him anymore and he doesn’t have an easy way to get hold of her.

So, if you don’t want to get to that point with your girlfriend, don’t try to work things out via text.

Some texting is fine (e.g. to check one or two things, make arrangements to meet up in person).

However, after that, a video or audio call is best.

A call cuts through all the texting misunderstandings and allows you to instantly begin re-sparking her feelings based on your confidence, masculinity, humor and so on.

She then becomes a lot more open to seeing you in person (which is what you want), so you can work things out and get back together.

Some guys choose to wait weeks or even months before they begin the ex back process with their ex.

Yet, that’s a mistake and often backfires.

By waiting too long and giving a woman too much space, some of the following things can and usually do, happen:

Then, by the time her ex does contact her again, she’s usually moved on, has a new boyfriend and isn’t interested anymore.

So, don’t waste time waiting and risk losing your girlfriend.

In most cases, 3 to 7 days of space is enough time to allow for things to calm down between a man and a woman (in cases where the breakup was really bad, it can take a bit longer) and give her a chance to miss him.

5. Don’t put pressure on her to commit to a relationship, but don’t be soft and nice either

In most cases, a guy knows that putting pressure on a woman will cause her to become guarded.

So, he then becomes overly soft, nice, sensitive and gentle.

He’s hoping that she will appreciate his patience and gentleness and open up to working things out with him.

Unfortunately though, what actually happens is she feels turned off by that instead.

The reason is, she feels like she has too much power over him (i.e. she is in control of his actions and behavior and he’s just saying and doing things to please her).

Yet, that’s not what she wants.

She wants a confident man who isn’t afraid to go after what he wants (i.e. to get her back) with or without her encouragement or support.

Alternatively, she feels that he’s being too wimpy or is sucking up to her as a way of manipulating her into giving him another chance.

That actually creates the opposite result and causes her to close up and not want anything to do with him anymore.

Remember: Just focus on making interactions fun and interesting so she wants to see you again and again.

At the same time, be enough of a challenge to her (i.e. you don’t suck up to her, chase after her or tolerate bad behavior).

Instead, you are a good man to her, but also motivate her to treat you well or else you’ll lose interest and she’ll regret it.

6. Let her sense that being in a relationship with you now would be so much better than before

For example: You do that by…

7. Apologize briefly and then focus on creating new sparks with humor and flirting

If you haven’t already apologized to her for your mistakes in the relationship, go ahead and do it now.

Important: Don’t go on and on about it and end up giving her more reasons not to want to work things out (i.e. she adds ‘desperate’ to her list).

Instead, a short, sincere apology is enough.

From there, just focus on sparking her feelings with humor, flirting, teasing and playfulness.

Make interactions with you feel fun and exciting so she wants to keep doing it.

New sparks of attraction, automatically begin to change her perception of you.

She stops thinking of you as the guy she broke up with and begins seeing you with new, more positive eyes.

It’s then easier for her to fully drop her guard and open up to working things out, because it feels like the right thing for her to do.

8. Let her see you confidently enjoying life without her

Some guys are afraid to do that.

They assume women care about lonely loyalty (i.e. a guy sitting at home alone and missing her) after a breakup.

Yet, the opposite is usually true.

A woman wants a man to be happy, confident and forward moving in his life, with or without her support, approval or attention.

She doesn’t want to feel as though she has to be there to prop him up, so he can be optimistic, successful and fulfilled.

So, if you want to make your girlfriend feel attracted and fear losing you, you need to show her that you’re not sitting around feeling sad, lonely and lost without her.

Let her see you looking confident, happy and having fun with other people (e.g. post photos of you and other people on social media or show her when you’re together and she asks what you’ve been up to).

When you’ve re-attracted her and she then sees that you’re not waiting around for her, it becomes apparent that she could easily lose you to another woman if she waits too long.

She then naturally wants to rush things to get back together.

9. Initiate a kiss after re-attracting her

Imagine you’re at a meetup and you’ve been building up the sexual tension between you with ballsy humor and flirting.

She then naturally wants to release that tension, which is where you come in.

Just remain confident and lean in and give her a quick peck in the lips (at an appropriate time, of course).

If she seems open, go ahead and deepen the kiss.

As long as you’ve been attracting her, she will almost certainly be more than happy to kiss you back.

10. Pull back and make her want to have sex with you

Continue kissing her so she feels as though she will burst if she doesn’t release the tension inside of her with sex.

Let her be the one really wanting it.

For example: Some signs to look out for that she wants it are…

You can then go ahead and hook up with her sexually and blow her mind.

11. Attract her in new ways

Here are some examples of how you can do that…

The more you begin to attract her in ways that she doesn’t expect, the more she will want to work things out so you can get back together.