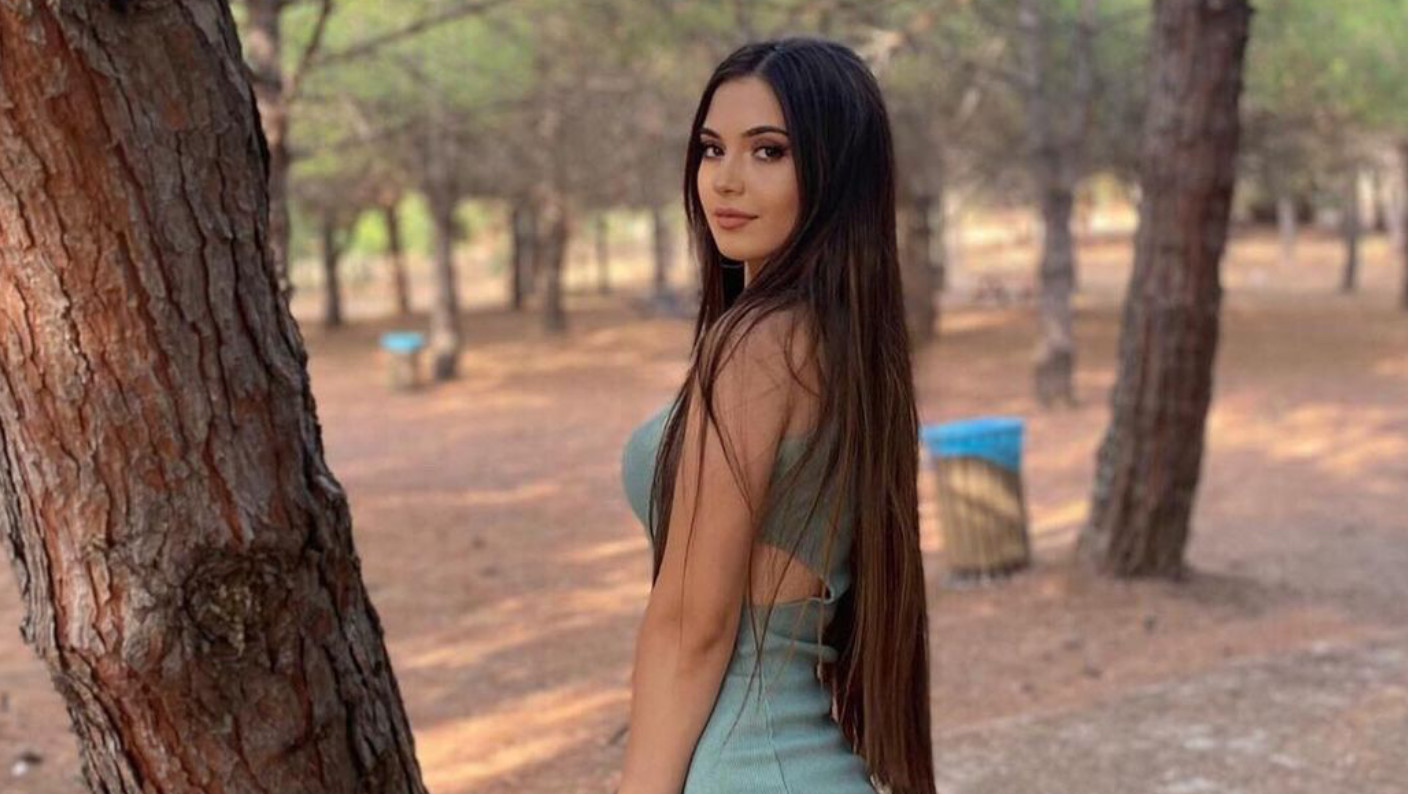 Here are 8 of the best ways to get revenge on an ex that actually work:

1. Do what will make her feel left behind and regret leaving you

Some guys assume going to the gym and building muscle will cause their ex to regret dumping him (i.e. because he looks much more attractive now).

Alternatively, working harder on their career and eventually succeeding will make her feel that way.

Yet, those things take a long time and by then, she will likely have happily moved on.

So, what works immediately?

Posting photos on social media of you looking confident, happy and included around other people.

Why does that work?

When a woman dumps a guy, she will assume that he will be feeling broken-hearted, sad and dejected.

So, if she sees him looking happy, confident and living a great life without her, it will bother and even annoy her.

Of course, she won’t admit that to him.

However, she will likely be wondering, “Why is he so happy? Was I the one who got fooled into thinking he really loved me when he didn’t?”

So, when you move on, feel confident and live a great life without your ex, it will naturally make her feel confused and probably even a bit annoyed and jealous.

Seeing you looking happy will make her question her attractiveness and value to you.

That can lead to her contacting you to see if you still want her (e.g. by pretending that she made a mistake by dumping you).

If you respond to that and she gets the validation she wants (i.e. that you’re still into her) she will cut off contact and happily continue moving on knowing she still has power over you.

On the other hand, if you don’t give her that validation, she will continue to feel jealous, rejected and like she’s losing a better version of you.

You will then get your revenge.

2. Understand how to attract pretty women, start doing it and let her see it

Doing that has multiple benefits.

So, attracting new women will definitely help you get revenge on your ex who dumped you.

Some of the things that make women feel attracted to a man include:

So, focus on that and get yourself a pretty new girl sooner rather than later.

3. Re-attract her, hook up with her, make her really want you back and then leave her

To accomplish that, you need to make her feel as though you’ve forgiven her for dumping you and are willing to be just friends from now on.

Seeing as she’s the one who dumped you, she will likely be thinking that you want her back.

So, saying that you just want to be friends now will feel like a bit of a rejection to her (because her ego would prefer that you desperately try to get her back even if she doesn’t want you).

As a result, she will almost certainly agree to it.

She will then likely try to use her charms on you to make you fall for her again, which means she will drop her guard around you.

Then use interactions to seduce her and make her feel attracted to you again.

Build sexual tension between you so that she starts wanting to touch, hug, kiss and have sex with you again.

Then, when you know that she’s fully attracted to you again, suggest going back to your place (or hers) to talk.

When you get her alone, release the built up tension between you with kissing and then blow her mind with amazing make up sex.

After sex, she might start hinting at getting back together again, or ask if you want her back.

You can then laugh and say, “Are you kidding me? You dumped me, remember? Of course I don’t want you back. We’re just having sex. That doesn’t mean I’m going to get back with you. Sorry, but it’s over between us.”

That will almost certainly feel like a slap in the face and she may even begin crying as the pain of rejection sinks in.

4. Do the things she loves doing, but do it with other people

For example: If she loves going to restaurants with friends, kayaking, house parties, dinner parties, sports games and so on, then start doing those things without her.

Of course, don’t do any of that alone, or with one or two friends of yours that she doesn’t like.

Do it with as many new people as you can.

If you don’t have many friends, or she doesn’t like your friends, you need to expand your social circle.

You can do that by:

Make sure that you take lots of photos of you and your new friends having fun doing her favorite things and post them on social media for her to see.

Note: If she’s unfriended you, just post your photos to ‘public’ so she can see them from the outside.

Even if she doesn’t acknowledge it, she will likely be feeling pretty annoyed and jealous that you’re doing her favorite things with other people, especially other women or people she feels jealous of.

5. Let her see that every aspect of your life is better without her

Basically, do things that you didn’t do when you were a couple, so she can see that your life has improved, rather than gotten worse, without her.

6. Hook up with her girlfriend(s)

When you’ve learned how to easily attract women, you can use that skill to flirt with and attract one or some of her girlfriends.

Sleep with them and make the sex better and more adventurous and exciting than it was with your ex.

Make it an experience that they can’t easily forget or stop talking about.

Even if they don’t tell your ex directly, women love to talk with each other and share details of sex and relationships with other girlfriends.

As a result, it will almost certainly get back to your ex eventually.

That will mess with her head.

She will probably feel jealous, resentful and betrayed by both you and her friends.

It may even cause her to fight and break up with her friends too.

She will then feel the pain of losing people she trusted.

She might also wonder what her friends see in you that she missed and begin regretting her decision to dump you.

You will then have your revenge.

7. Don’t talk about her with mutual friends

Say absolutely nothing about her to them.

Don’t even mention her name in conversation.

Act as though she never existed in your life.

Of course, don’t do this in an awkward “I’m struggling to get over her so I don’t want to talk about her” kind of way.

Instead, focus on talking about all the good things that are happening in your life at the moment (e.g. the new friends you’ve made, your fun plans for the weekend, your promotion at work).

Be happy, excited and optimistic around your mutual friends, but don’t talk about her at all.

The reason is, she will likely ask them if you’ve been talking about her to see if you’re missing her (i.e. to give herself a bit of an ego boost knowing that you still think about her even though she dumped you).

So, when she finds out that you haven’t even mentioned her it will almost certainly bother her.

She will feel annoyed and curious and may begin to wonder:

She may then feel compelled to contact you to see for herself if you’re over her, or secretly missing her and wishing you could get back together again.

8. Re-attract her and arrange to meet her, but then don’t show up

For example: Get her on a call (audio or video) and use humor to break the ice between you and get her laughing, smiling and feeling good to be talking to you again.

Add in some flirting to build up the sexual tension between you so she feels motivated to see you in person when you suggest it.

Then say, “Hey, it’s been fun talking in person. Why don’t we finish this conversation over a cup of coffee? It will be fun. Of course, it’s purely as friends and nothing more. So, which day suits you best? I’m free Wednesday or Thursday.”

If she’s like most women, she will likely play a bit hard to get and say, “I don’t think that’s a good idea,” or “I’m not sure if we should do that,” or “Can I think about it for a few days first?”

Whatever she says, the important thing is to remain confident, make her laugh a bit more and then add, “Hey, don’t make this out to be a big deal, because it’s not. It’s just two friends having a coffee together. It’s not about getting back together again or anything like that. We’re mature enough to do that, right? So, come on… Which day this week do you want to meet up?”

If you’ve successfully re-attracted her on the call, she will likely agree after you say that to her and you can then make arrangements to meet at a suitable place and time.

On the day of the meetup, simply don’t show up.

She will be waiting alone at a cafe or restaurant and probably feeling a bit awkward and uncomfortable.

Eventually, she will likely contact you to ask what’s holding you up.

You can then get your revenge by saying something like, “Nah, I’ve changed my mind. I don’t want to see you. Bye.”

How to Work Things Out With My Girlfriend So We Get Back Together: 11 Tips