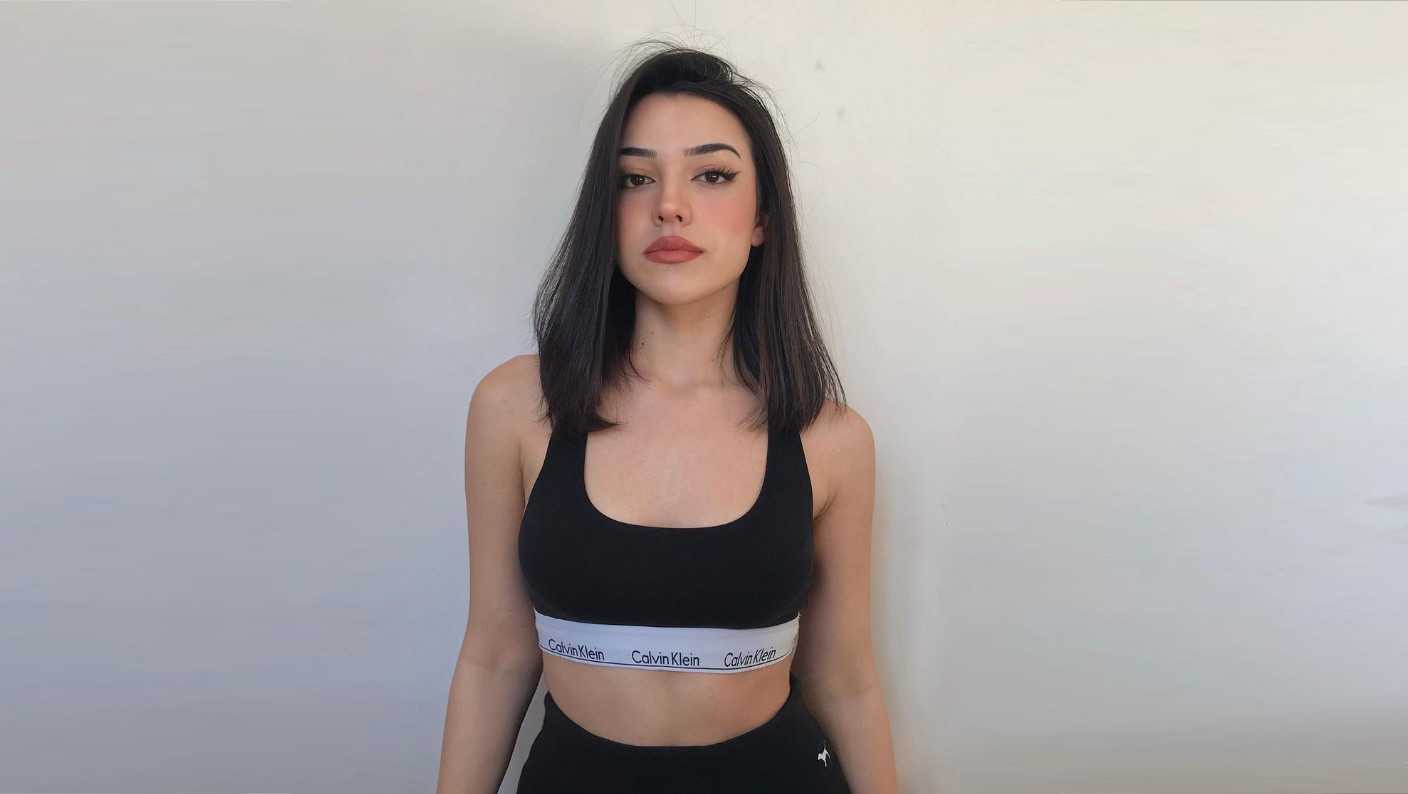 It’s a natural feeling to want to get revenge after being dumped, so you can make yourself feel better.

Yet, if you make one or more of the following mistakes, it will almost certainly backfire and cause you even more emotional pain:

1. Assuming that the best revenge is not contacting her

Sometimes, a guy will cut off contact with his woman for a long period of time (i.e. a few weeks to a couple of months), in the hope that she feels rejected.

Yet, she has dumped him and no longer wants to be with him, so in most cases, she just doesn’t care.

Unfortunately, he doesn’t fully realize that and ends up convincing himself that not contacting her will make her miss him and want him back.

He may think things like, “When she realizes that I’m ignoring her, she will realize that I don’t care. She will regret dumping me and I will have my revenge. That will teach her a lesson.”

It almost never works out that way though.

Unless a woman is still in love with her ex and is secretly hoping they’ll get back together, she either doesn’t care that he isn’t contacting her anymore, or feels relieved that he’s not doing what will actually work to get her back.

Interacting with her, making her feel attracted in new ways and as a result, naturally making her realize that she now has feelings for him again.

She then wants to give him another chance now, rather than continuing to miss him, or ending up feeling rejected and left behind if he gets into a relationship with a new, attractive woman.

Unfortunately, some guys don’t realize what actually works to get a woman back, so they just cut off contact and think it will be the best trick in the world to get revenge on their ex.

Yet, she just uses the time to move on and begin a new life without him.

Then, by the time her ex gets in contact, he will usually be disappointed to find out that his plan to get revenge on her backfired.

She says something like, “I didn’t hear from you for so long that I assumed you’d moved on too. Sorry to hear that you haven’t. I’m in a relationship now and I’m happy. Please respect that and don’t contact me anymore.”

He then ends up feeling rejected all over again.

He could have just done what actually works to get an ex woman back, which is to interact with her, create new feelings inside of her and get back with her.

He tortured himself for weeks or months, constantly thinking about her, missing her, feeling rejected and hoping that his lack of contact was hurting her.

Meanwhile, she was happy, having sex with a new guy, falling in love and enjoying the fun of a new relationship.

So, just understand now that cutting off contact with a woman who doesn’t currently feel attracted to you, will rarely if ever get you the result you want.

Rather than make her feel like she’s losing something, a woman in that situation almost always feels like she’s winning because she can move on without being re-attracted into a relationship with an ex she is unsure about.

If you truly want to get revenge on your ex for dumping you, ignoring her is not the way to achieve it.

Re-attract her, make her want you back and then reject her when she suggests getting back together.

Alternatively, get back with her for a little while and then dump her when she has fallen back in love with you.

In both of those situations, you walk away as the one who is in control and she gets dumped and left behind.

However, if you just cut off contact and hope that it works, you will be the one who is always thinking of her, missing her and feeling rejected and left behind.

2. Spending years trying to improve his life to get revenge, but never getting over her

For example: A guy might spend 1-2 years going to the gym, lifting weights, eating all the right foods and putting in loads of effort to improve his physical appearance.

After all that effort, he will almost certainly look a lot better, but it’s not going to get his ex back if the real reason she dumped him was due to him being insecure, not being able to handle her personality, or not understanding how to make her feel love in a relationship.

She might see photos of him on social media and think, “He looks good these days,” but she will rarely if ever, be the one who contacts him and shows interest.

Many women are insecure and are just as afraid of rejection as men are.

So, she worries that if he looks that good, he is probably getting some interest from other women, or has dated pretty women.

If she were to contact him, he might then tell her that he has a girlfriend now, or is no longer interested in being with her and wish her all the best.

She is then the one who he feels rejected and left behind.

So, rather than putting herself through that kind of emotional pain, she just does what women pretty much always do when it comes to dating and relationships with men; she remains passive.

Just like women stand around in bars and clubs waiting for men to approach, or like how they wait for a guy to ask them out, or suggest where to go on a date; the same applies to relationships and ex back situations.

Women naturally want men to take the lead and if a man doesn’t have the confidence, courage or masculinity to do that, then she will just get with a man who does.

So, after 1-2 years of working out in the gym, he looks better, but he’s still in the same position as before – missing his ex girlfriend.

In another example, a guy might spend 5-10 years building up his career and eventually become more financially successful, which may then lead to him buying an expensive car or house.

Secretly, he hopes that when his ex girlfriend finds out, she will think something like, “Wow! I can’t believe I let him go. He’s an amazing man now and I’ve lost out on being with him because I dumped him. I wonder if I will ever be able to find another man like him. I regret my decision so much. I want him back! I should contact him!”

She will then contact him, he will reject her and get the revenge he has been seeking all along.

Yet, it rarely, if ever works out that way.

In almost all cases, the woman is married with children by that point and although she might be impressed by her ex’s progress, she’s not going to leave her husband and children behind to start a relationship with an ex who could still be as insecure as he was when she left him.

As a result, his plan to get revenge doesn’t work.

He is also never truly happy because everything he accomplishes in life seems pointless without her around.

3. Telling mutual friends about her dark secrets or insecurities

Revealing her dark secrets or insecurities to mutual friends can give a guy some temporary satisfaction, but it will usually backfire in the end.

Mutual friends will see him as being emotionally immature, a nasty person who is unable to handle a breakup like a real man, or just plain untrustworthy with their secrets.

As a result, they’re more likely to pick her side and cut off contact with him, or distance themselves from him and be less available as a friend.

He is then left feeling doubly rejected.

4. Not leveling up his ability to attract women, so he ends up with women that simply don’t compare to her

Some guys don’t ever truly figure out what caused their ex woman to dump them.

A guy will know some of her reasons, but the rest of it will remain a mystery to him.

As a result, he will often continue making the same mistakes, which naturally turn women off.

Women will sense it and the quality ones will reject him, whereas the lower quality women will sometimes give him a chance.

Yet, no matter how many lower quality women he attracts, dates or gets into relationships with, none of them will ever come close to making him feel the way his ex girlfriend still does.

As a result, he continues to feel rejected and left behind by his ex and never gets the satisfaction of any kind of revenge the stops the pain.

It doesn’t have to be that way though.

If a guy uses the breakup as an opportunity to learn how to easily attract high quality women, he can begin to enjoy his choice of attractive, pretty, beautiful women.

Alternatively, he can use the skills he learns to re-attract his ex, sleep with her a few times and then dump her when she has fallen back in love with him.

He can also decide to stick with her if he wants to.

Either way, he is in control and the painful feelings of being rejected and left behind are gone.

However, if a guy doesn’t level up his ability to attract women and tries to succeed based on the level of skill he has with women now, he’ll almost certainly end up getting dumped by the next, best woman he finds.

For some men, that painful cycle of experiences continues to happen to them for life, until they eventually accept a woman they’re not attracted to, in the hope she doesn’t leave them.

Yet, that is a miserable life for both him and her, because the attraction and love aren’t real.

So, right now, you have the opportunity to level up your ability to attract quality women, or attract your ex back.

You can do that and get what you really want (i.e. get her back, or get a new, high quality woman), or you can do nothing and hope that you don’t end up feeling depressed and like a failure for settling down with a woman whom you aren’t truly in love with.

Dumpees Revenge! 4 Examples of How to Do it

Who Hurts More After a Breakup? Scientific Proof