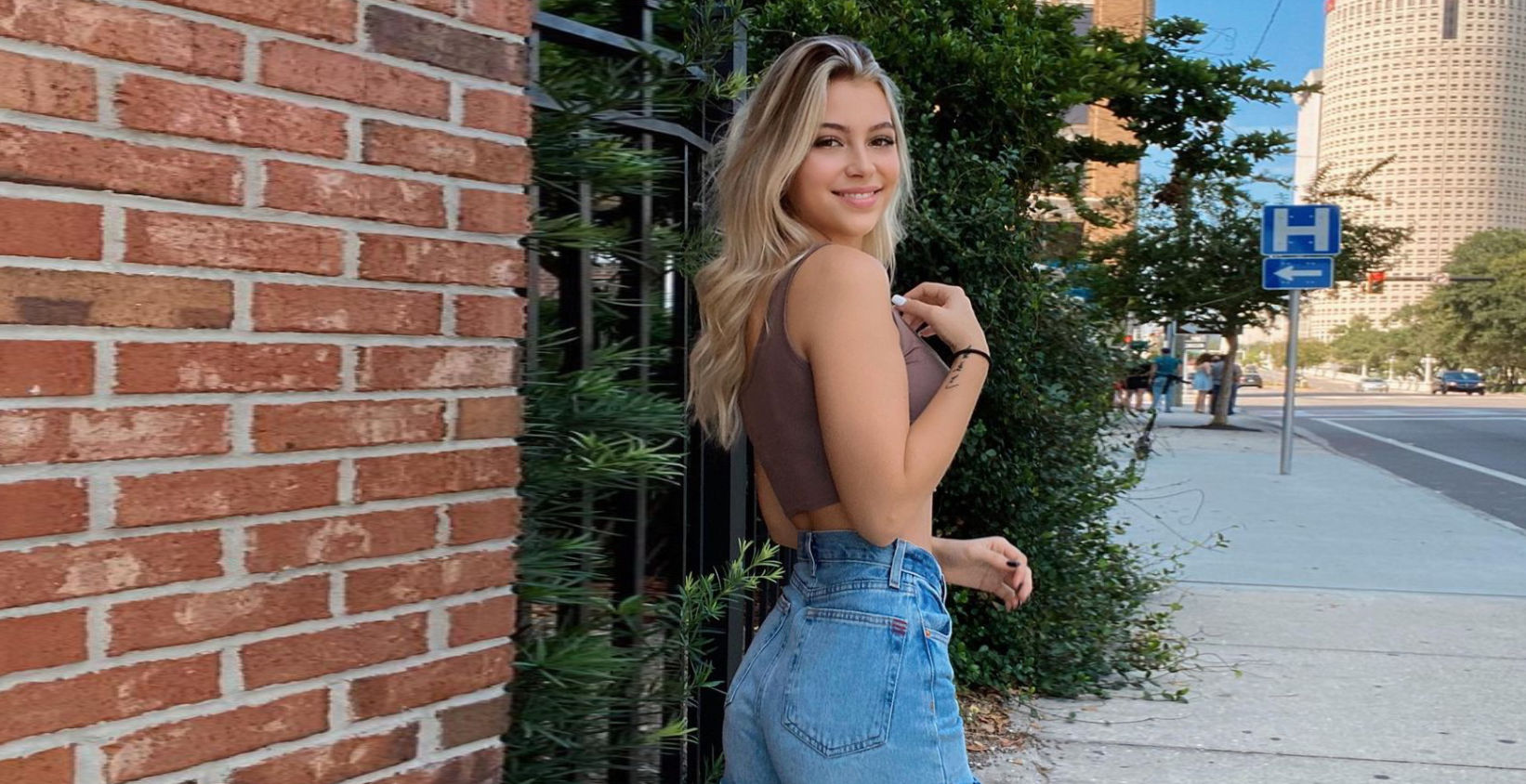 What to Text a Girl You Just Met: 4 Examples

Okay, so, you’ve got a girl’s number and you’re getting ready to text her for the first time.

What should you text? Here are 4 examples:

In some cases, it’s fine to text two days later, but these days, it’s best to text a woman right after getting her number and ideally, text her something attractive (e.g. be confident, funny, flirtatious, or charming).

By texting her right away, you are letting her know that you are interested in her (many guys get a woman’s number and then never text her, or call her) and are making sure that she has your number too.

Most guys will chicken out after getting a woman’s number and think that the woman isn’t interested enough.

So, the guy will just go out approaching and meeting women again and hope to meet a girl who makes it super obvious that she is interested.

Yet, most women don’t like to make it too obvious that they are keen because they want to attract a confident guy, rather than making it really easy for an insecure, self-doubting guy to get a chance with her.

This is why it’s a good idea to text a girl right after getting her number, rather than trying to act cool by not texting her for a few days or week or more.

The Beginning of Your Story Together as Lovers, or as a Couple 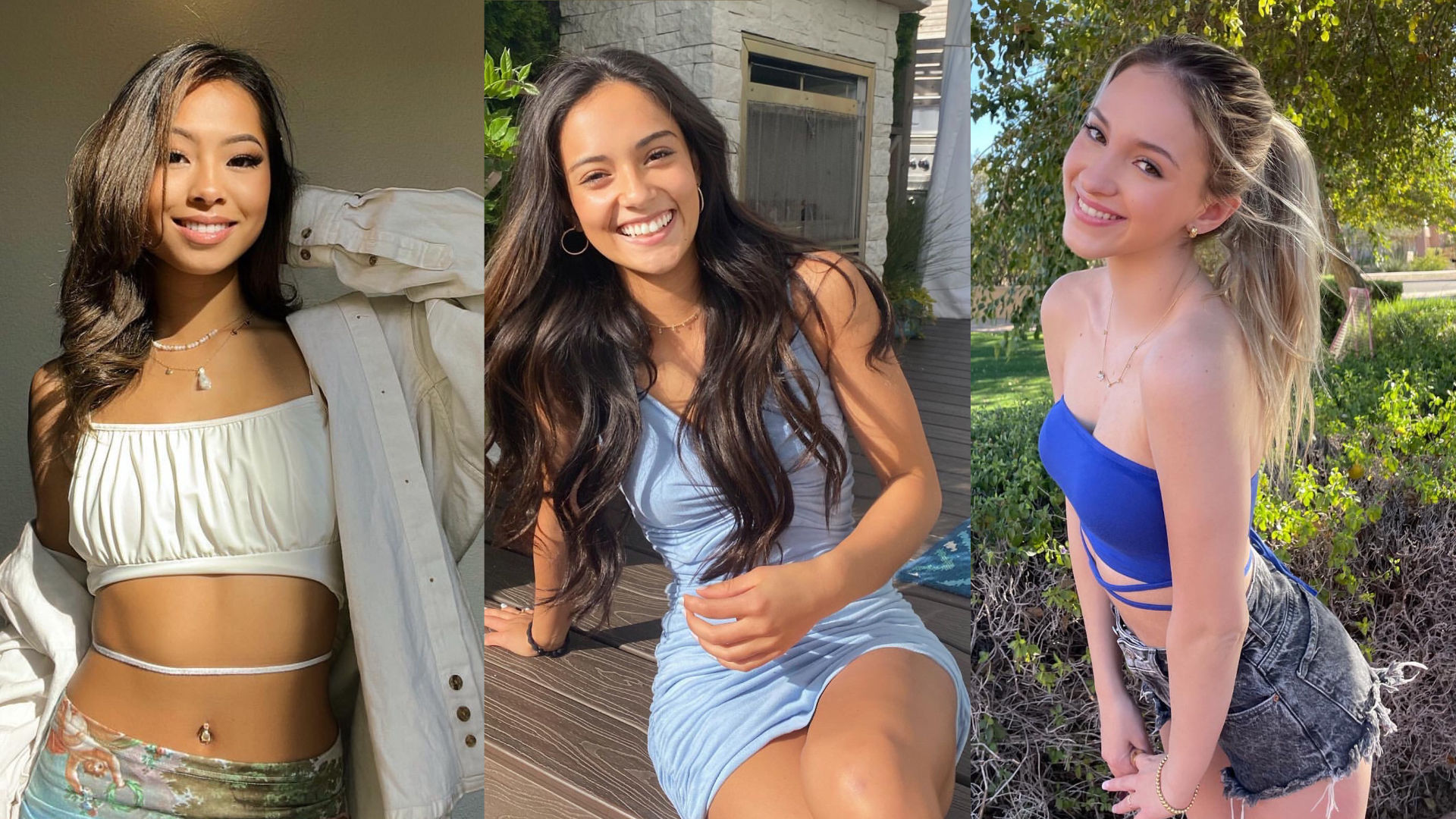 If you become lovers, boyfriend and girlfriend, or even husband wife, your text history will become part of your story together.

She will cherish it, look back over it and feel excited if you’ve been texting her in an attractive way that further sparks her attraction and interest.

Watch this for some examples of what to text a girl that you just met, like and want to be with sexually or romantically:

4 Mistakes to Avoid When Texting a Girl You Just Met

Here are some examples of where guys mess up after getting a girl’s number, or matching with her on a dating app:

1. Being too formal about his interest in her. 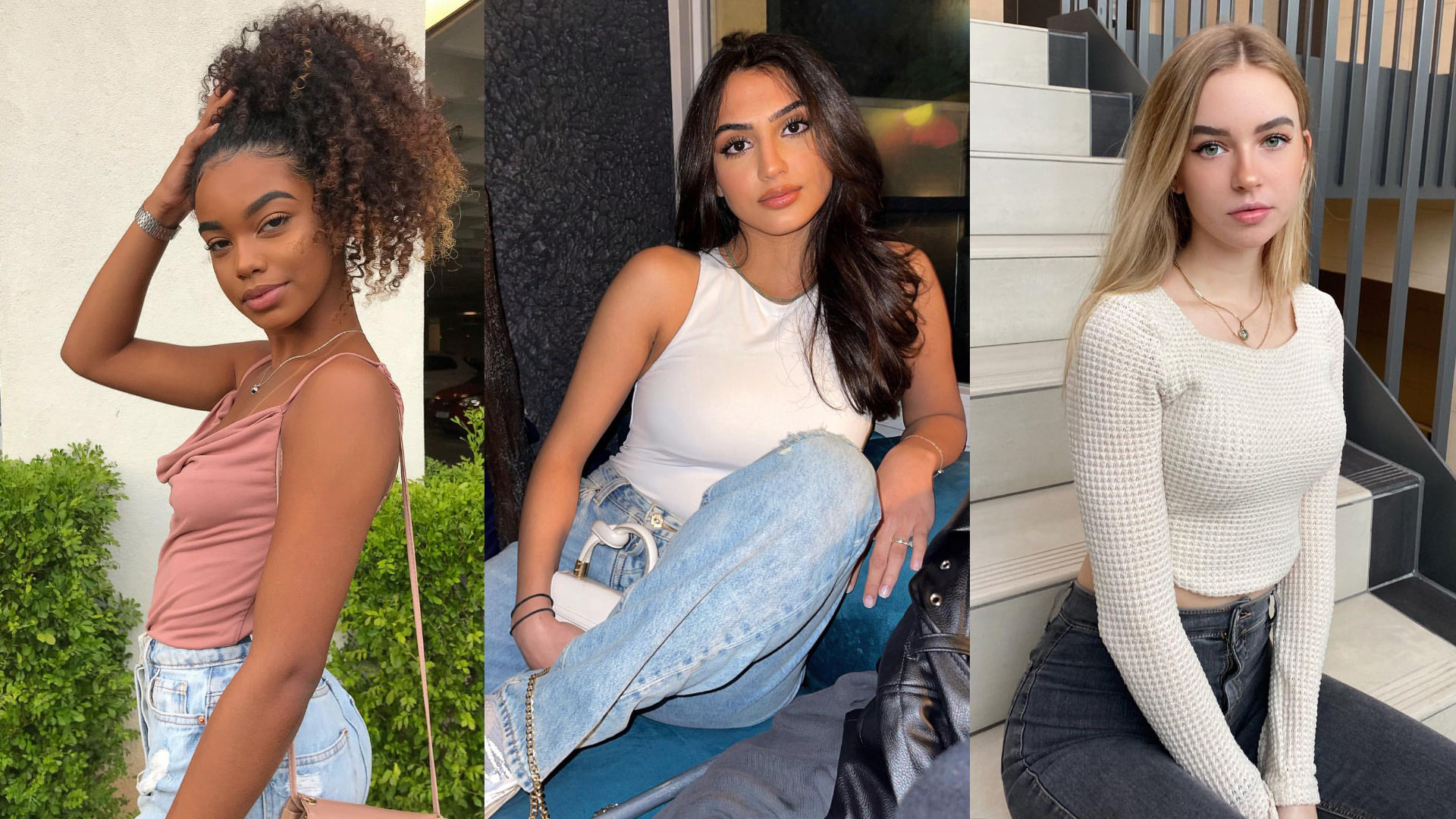 This will happen when a guy feels really lucky to have gotten a girl’s phone number.

He might then text her things like, “Hi Susan! Thank you for giving me your phone number. It was really nice to meet you last night. I’m looking forward to going on a date with you and hopefully developing a friendship that leads to a relationship 😀”

Why is this an example of what not to text a girl you like?

He’s coming across as a nice guy who is pretending as though he’s not even interested in sex with her.

He just wants to start with a ‘friendship’ and then hopefully get into a relationship with her.

Yet, what he doesn’t realize is that it’s an outdated approach to women and is a huge turn off these days.

In almost all cases now, a relationship starts by going on a date, kissing and then having sex on the first, second or third date to start an actual relationship.

Some women will put up with going on dates with a guy who is just being nice, friendly and not creating any sexual attraction, but most won’t.

Women want to feel sexual desire for you and take you for a test drive in the bedroom very quickly, even if they don’t admit that openly.

She still wants to be treated with respect and doesn’t want a guy to expect or worse, demand sex, but if she is attracted and likes the guy, she will usually be open to kissing him and seeing what happens from there.

If the kiss feels good and she likes him, she will usually then be open to going back to his place, or inviting him over to her place to hang out.

That may or may not then lead to sex, depending on how much attraction she is feeling and depending on whether the guy knows how to make a move in a way that she likes and welcomes.

When a guy knows how to attract women and get to a kiss and sex, it all just flows from one step to the next very quickly and easily.

Yet, when a guy mistakenly thinks that he has to be super nice, become a woman’s friend first and then one day, far in the future, she may LET him have sex with her, he will almost always get friend zoned or rejected.

The thing is, guys who hear women saying things like, “I just want a nice guy” often misunderstand what women are really saying and then try to act like the nicest guy in the world to hopefully be accepted by women.

When a woman says, “I just want a nice guy,” what she really means is that, “I want a guy to make me feel attracted to him by being confident, charismatic, charming and masculine in his behavior and also want him to be nice to me.”

She’s not saying, “The most important thing for a man to be is nice. It doesn’t matter if he’s nervous, insecure, shy, awkward or tense. As long as he’s nice, I will be happy.”

She’s not saying that.

She wants a confident guy who will also treat her wll.

Most women struggle find guys like that because they are usually taken, so women often have to settle for confident guy who doesn’t treat them very well.

That’s why so many women complain and say that they can’t find a nice guy.

So, when you text a girl that you’ve just met, make sure you are focused on making her feel attracted, while also being a good guy.

Don’t just be really nice and come across as though you feel super lucky to potentially have an opportunity to be accepted by her.

She’s not looking for a guy who will bow at her feet.

She wants a good guy that she can respect and look up to.

Some guys make the mistake of texting in a girly style when chatting with girls because they hope it will help them ‘get along’ with girls better.

It’s a mistake because girls are naturally attracted to our masculinity.

So, if a guy acts like a girl does, he will be as attractive to her as a masculine woman (e.g. a butch, manly lesbian woman with short hair) would be to you.

Do you feel attracted to masculine, manly women who want to be men, or do you prefer feminine, girly women?

No doubt you prefer girls who embrace their femininity, rather than women who want to be men, or behave like men.

Likewise, girls like guys who embrace their masculinity, rather than acting like they want to be a girl as well.

Here are some examples of a guy texting in a girly, feminine style:

It’s not the end of the world if a guy texts like that, but it definitely doesn’t help his chances with a girl because it doesn’t make her feel attracted.

Just because girls text in that way, it doesn’t mean a guy should too.

If you want to be attractive to girls, always behave like a masculine guy; even when you are texting.

Leave the excessive abbreviations (e.g. g8t, wat) and cute smiley faces to the girls and focus on making her feel attracted to your masculine vibe instead.

Note: There’s nothing wrong with using emojis, but just don’t use cute, girly ones like these 😊 🥰 🤭 🤗

3. Overwhelming her with attention.

It’s totally fine to text a girl once in a while to say hi and see how she’s doing.

Yet, some guys go overboard and overwhelm a girl with constant texts.

For example: A guy might text a girl in the morning to say hi.

An hour later, he will text to let her know that he’s thinking of her, and then a few hours later he’ll text her again to tell her that he saw something that reminds him of her.

The constant attention continues on throughout the day, night, week and month.

While some girls might think he’s being sweet and temporarily be okay with it (i.e. if she’s very young, or is mature, but very attracted to him and willing to put up with anything), the majority of girls will feel annoyed and turned off. Why?

Although girls like to get attention from a guy they like, hearing from him all the time will begin to lose its charm.

She takes his constant attention as a sign that he is desperate and has nothing important happening in his life other than her.

Most girls instinctively know that a guy should be following through on his dreams, goals and ambitions in life and only looking at her as an addition to his life.

He shouldn’t be looking at her as the answer to all of his life’s problems, or what his life is about now.

A girl doesn’t want that.

So, while it’s fine to text her, don’t ever make the mistake of making her your world.

She wants to be your girl while you go after what you want in life.

4. Acting needy if she doesn’t respond right away.

Some guys make the mistake of expecting a girl to respond immediately (or within hours) after she gets a text from him.

If she doesn’t reply soon enough, he will text her again and ask why she isn’t replying.

What he doesn’t realize is that one of the biggest turn-offs for women is a guy who is insecure about his attractiveness to her.

Women are attracted to the emotional strength in men (e.g. confidence, high self-esteem) and are repelled by emotional weakness (e.g. insecurity, self-doubt).

So, when texting a girl you just met, or when texting her while dating or in a relationship, always believe in your attractiveness to her.

Never become the needy, insecure guy who needs her reassurance that everything is still okay between you and her.

Assume it is and you will be confident and therefore, attractive to her. 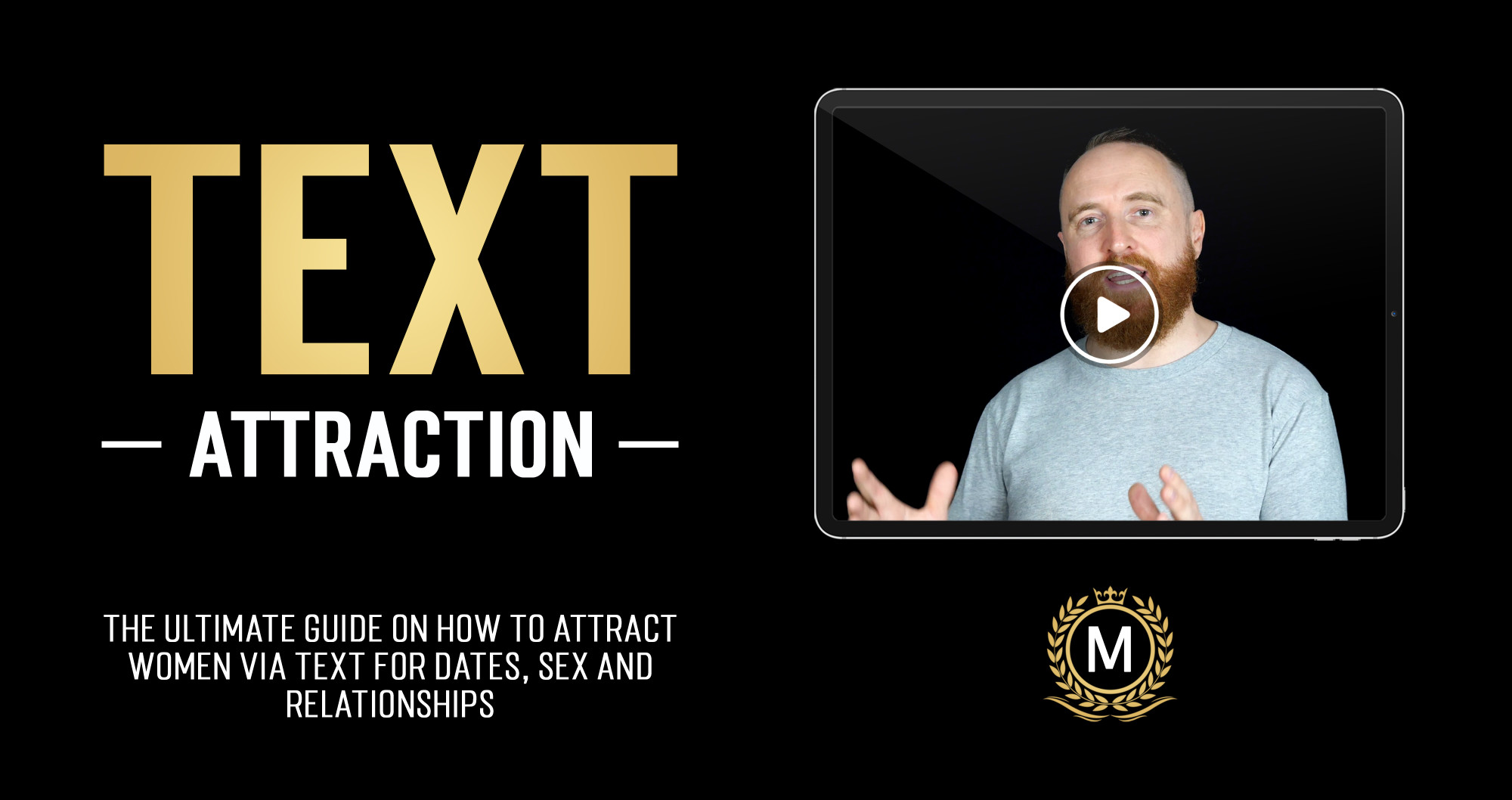 What to Text to a Woman (Examples)