Will My Ex Come Back if I Stop Chasing Her?

So, will a woman come back to you if you stop chasing her?

First of all, you shouldn’t ever be chasing a woman to try to get a chance with her.

You shouldn’t ever be chasing and trying really hard.

When a guy is trying to pick up women, he’s trying really hard to get a chance with a girl, it turns her off because women aren’t attracted to that type of desperation.

Women want to interact with a guy who feels confident about himself and he knows that he’s attractive to her.

He knows that he is good enough for her.

They want to see that confidence coming across.

Likewise, on a date, a woman doesn’t want to see a guy trying really hard to impress her, to hopefully get a chance with her.

She’s already on a date with him, so he just needs to relax and be confident and go through the process, hook up with her and get a relationship started.

When in a relationship, if a guy is trying too hard to impress his girlfriend or wife and she notices that, it turns her off.

In terms of getting an ex-woman back, she has already broken up with you, so she’s turned off by you at the moment.

Now, if you make that worse by chasing her, what do you think the chances are of you getting her back?

It just goes down all the way to pretty much close to zero.

You’ve got to stop chasing.

What Should You Do Instead? 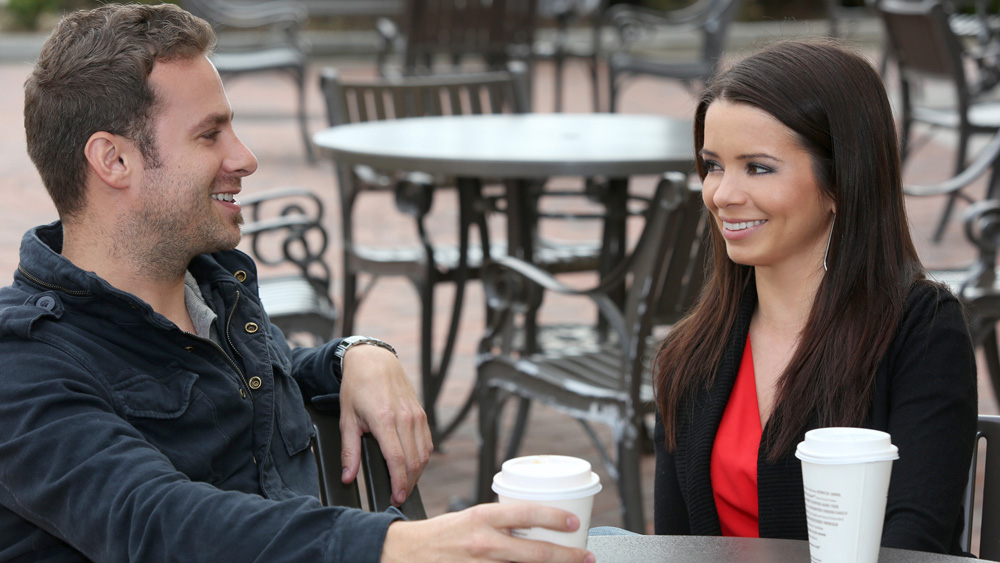 Rather than chasing her, you need to only pursue her in a calm, confident manner.

In some cases, that involves a man stopping contact with his woman for 3 to 7 days.

You don’t need to cut off contact for any longer than that because a week already proves the point.

It proves that you’re not being desperate and needy and you’re not pestering her anymore.

During that time, what a lot of guys find is that their woman contacts them.

She may be curious as to why he isn’t contacting her all of a sudden or she may get worried that he might be moving on without her.

Yet, if you stop contacting your woman for 3 to 7 days and she doesn’t reach out you, what do you do then?

What you need to do is after a week, get in contact with her.

Be calm, be confident and guide her through the ex back process.

Get her to meet up with you, re-attract her when you meet up with her and guide her back into a relationship.

By the way, what I’m talking about here are real relationships or marriages where the man and woman fell in love, they’re in a sexual relationship together and for whatever reason, the relationship then fell apart.

If you want to get a woman back after the breakdown of a real relationship, all you need to do is stop contact for 3 to 7 days and in most cases, that proves the point.

You do not need to wait any longer than that.

Waiting Too Long to Get Her Back

What I found is that when a guy waits way too long to contact his ex-woman, she gets over him and she moves on.

In many of those cases, the guy hasn’t even really changed.

He hasn’t put in the effort to become more confident and improve his ability to attract her when he interacts with her.

So, when he eventually contacts her, he’s still basically the same guy.

He’s still hurting from the breakup, he’s still been missing her and he’s just been hoping that by not contacting her, she might miss him and come back to him.

The Connection You and Her Shared

If you and her did experience love together, she felt attracted to you and you had a connection before, then it isn’t 100% destroyed.

When a woman loves a guy and she feels attracted to him and then gets turned off by him, she can get turned back on by him if he changes his approach.

Initially, if you change your approach, she might be a little bit stubborn about it, she might play hard to get and she might act as though it’s not working on her.

Yet, in almost every case that I’ve worked on, the woman does that for one of two reasons.

One, she wants to test the guy’s confidence and see if he crumbles when she doesn’t show interest and show that she’s attracted, or two, she doesn’t want to seem too keen and show interest in the relationship and then get rejected by him.

What’s she afraid of is that he will get her interested again, she’ll show interest in the relationship, she’ll open back up to it and then he’ll reject her.

So, for those two main reasons and other minor reasons, many women won’t openly accept and be excited about getting back together immediately.

This is why you shouldn’t focus on what your ex woman is doing.

You shouldn’t focus on what she is saying.

Don’t focus on how she’s behaving, what she said in a text, how she responded to you, how she reacted to you.

Don’t focus on that.

Often she’ll be reacting and responding and behaving in a way to throw you off or to protect her own self-esteem and ego.

What you need to focus on is what YOU are doing.

If you are interacting with her and you are making her feel a renewed sense of respect and attraction for you, then that’s what she feels regardless of what she’s showing.

She might put on a bit of a front to act like she’s not feeling much, but if she’s interacting with you and catching up, then she’s feeling something.

What you need to do is calmly and confidently guide her back into a relationship with you.

Getting Her Back is a Normal and Natural Thing to Do

One final point that I want to make in this video is that there’s nothing wrong with a man wanting to get his ex woman back.

The only problem is where a man needs to get his woman back because he feels horrible without her, his life is a mess without her, he’s lost without her, he needs her acceptance and approval and attention to feel good about himself again.

When a man is in that state of mind, he is naturally unattractive to women, not only to his ex but to women in general.

Women do not want to feel responsible for a guy’s confidence.

Women do not want to feel responsible for a guy’s sense of identity and worthiness in this world.

Your ex woman wants you to be confident when you interact with her.

She doesn’t want to feel that pressure from you, where you need her to be gentle with you, to be nice to you, to be open, to be straightforward when she talks to you.

She wants you to be strong without her reassurance.

If you can be like that when you interact with your ex, she will naturally feel respect and attraction for you.

All you have to do then is guide her through the ex back process.

Be the confident one.

Be calm, confident and guide her through the process.

Okay, I hope this video has been helpful to you and if you need more help to get your ex woman back, I recommend that you watch my program Get Your Ex Back Super System

When you watch the program, it will take all the guess work out of getting an ex back.

You’ll know exactly what to do at each step along the way.

What Breadcrumbs From Your Ex Really Mean

How to Tell My Ex That I Want a Relationship, Without Scaring Her Off