Has your wife lost interest in having sex with you?

Don’t worry, you can change how she feels and make her want sex more often from now on.

If your wife currently doesn’t want to have sex with you, here are some of the main reasons why that happens and what you need to do to fix it:

1. A lack of attraction

If your wife has lost her feelings of attraction for you, she won’t have much or any desire to have sex with you.

The good news is that you CAN get those feelings back. Luckily for us men, the amount of attraction that a woman feels for us is mostly within our control.

You simply need to start displaying traits (e.g. confidence, charisma, humor, masculine vibe) from now on and your wife will automatically start feeling more sexually attracted to you.

Some husbands hand over complete power and control to their wife in the hope that it will make her happy.

Other husbands take all power away from their wife and seek to control her as much as possible in the hope that it will keep the relationship together.

Either extreme isn’t healthy and will lead to a break down in sexual desire.

The correct dynamic to have to ensure that your wife remains sexually attracted to you and sexually available, is to be a strong, leading man who takes charge, but who also inspires and encourages her to take charge of things that she enjoys.

You need to love her, respect her and cherish her, but also expect that she respects you in return. As long as your wife respects you, she will then naturally feel attracted to you and find it much easier to love you.

You can’t demand that your wife feel attracted to you or love you, nor can you beg her to feel that way or convince her.

You have to be the sort of husband that she looks up to and respects, but who also respects her, loves her and cherishes her.

Even though a woman might SAY that she wants a more obedient husband or ACT like she doesn’t like it when you take on the position of power, it’s actually what she really wants.

Most women are not turned on by insecure, self doubting men who essentially hand over their power to her.

She wants a man who she feels good about submitting to, not a guy who makes the sex feel awkward because he’s not in the position of power in her mind or his. 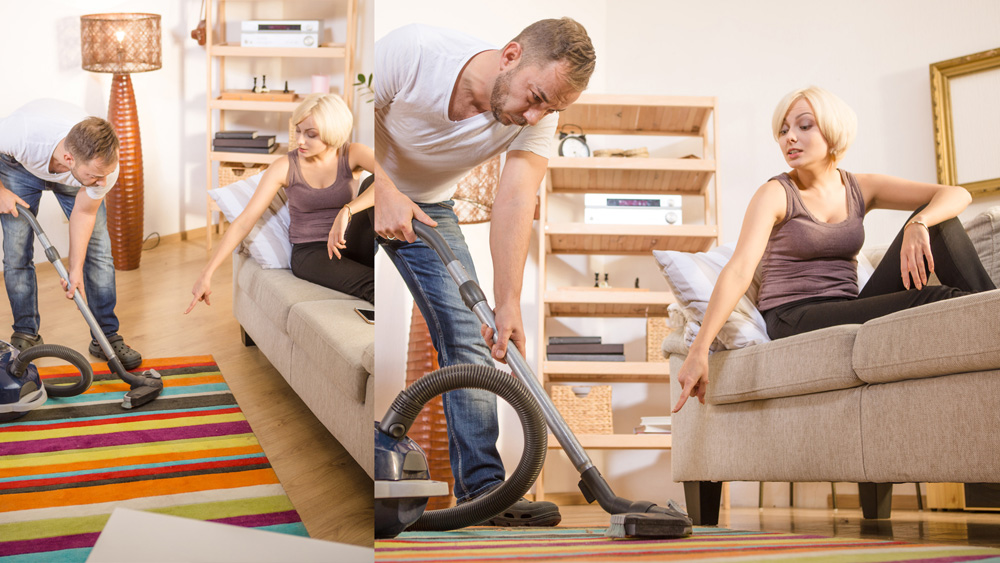 Sometimes it is necessary for a husband to help out around the house, or even temporarily take on his wife’s role around the house. Yet, most of the time, it isn’t necessary and by taking on her role unnecessarily, you actually make her lose some respect for you as a man.

There’s nothing wrong with a husband doing a bit of housework to help out his busy wife, but if it gets to the point where he is doing the housework so she can have more time to relax than he does, the wife actually begins to lose a bit of respect for him.

For a woman to want to have sex with a man, she has to feel attracted to him and feel respect for him.

If your approach to the relationship or your behavior around your wife has caused her to lose more and more respect for you over time, it also means that she will have lost her feelings of attraction.

Don’t worry – you can get it back.

From here on in, you’ve got to focus on saying and doing the sorts of things that will make your wife feel respect and attraction for you.

When you do that, she will naturally begin to have more sexual urges around you or, if she has a low sex drive, she will at least be open to having sex with you if you initiate it.

When a wife feels like she has taken on the role of mother to her husband or that she is the stronger one in the marriage, she begins to lose respect for him.

He is unable to make her feel like a real woman (i.e. make her feel feminine) because he lacks the masculinity to be the man in the relationship.

If that goes on for too long in any relationship, the woman will begin to feel restless and irritable.

Hoping to wake her man out of his confused state of being, a woman will then begin to start arguments and throw tantrums, in the hope that it makes him realize that something is wrong.

Women don’t ever want to have to teach a man how to be a man. We men are expected to know it and if we don’t, the woman will lose respect and then begin to create drama in the relationship as a warning sign.

A great friendship is an essential part of a successful relationship, but it isn’t everything.

To keep the sexual spark alive, you also have to behave like her lover. 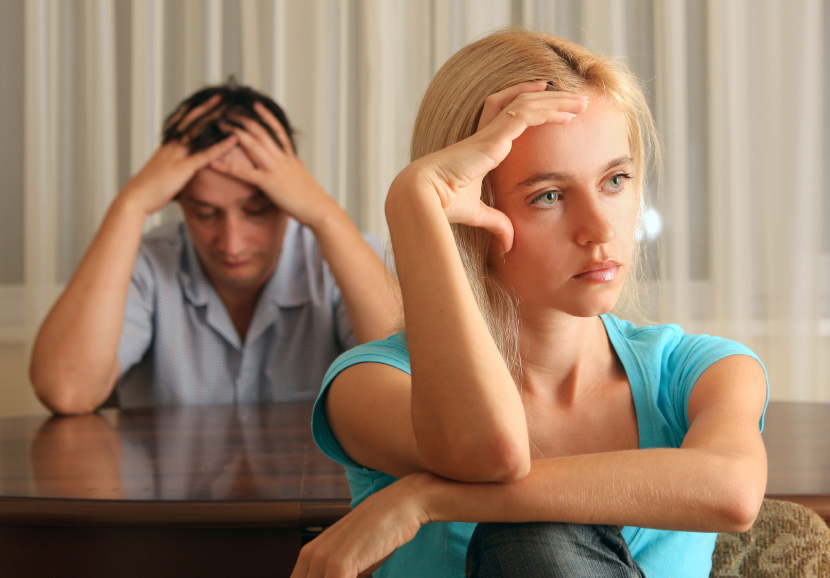 One of the biggest turn ons for a woman is a man who is emotionally secure and confident.

Insecurity about your attractiveness to her, your value to others in life or your place in the world are all turns offs to a woman.

When a man has the capacity to remain emotionally strong and secure no matter what life throws at him, it is deeply attractive to women.

Some husbands make the mistake of hiding from their true potential in life behind their wife and the basic responsibilities and tasks that come with modern life.

Some women will put up with a man who lacks purpose, but it will make her lose respect for him.

When a woman loses respect for a man, she then loses attraction for him.

To maintain the attraction of your wife, you have to be a man that she looks up to and respects, not a man that she secretly feels ashamed to be married to.

You’ve got to step up and be the man that you know you can be.

You’ve got to stop being afraid of your biggest dreams in life and start taking steps in that direction to eventually make those dreams come true.

All the while, you still have to love, respect and cherish your wife.

You have to see her as important and valuable, but not to the point where she stops you going after your biggest dreams in life.

The more that you stand up to be the sort of man that she wishes you would be, the more respect and attraction she will feel for you.

Then, if you also make her feel important, valuable and sexy, she will be much more open to having sex with you.

Have you ever seen a man and a woman who’ve been married for decades, yet they are still madly in love?

They hold hands, flirt with each other and they laugh and joke around.

After all those years, they’ve managed to keep the sexual spark alive.

They may not be having sex every week or even more than once a month, but they are still doing it more often that most couples who’ve been married for a long time.

You know the type of couple I’m referring to, right?

That is what is possible when you create and maintain the correct relationship dynamic between you and your wife.

If you are interested in learning how I’ve done that in my marriage, I recommend that you watch Make Her Love You For Life.

In the early days of the relationship between my wife and I (when we were boyfriend and girlfriend), it was all about the initial lust and passion.

These days, our sexual desire builds up when we interact with each other during the day or while relaxing in the evening in the lounge room.

As a result, we have regular sex because the love, respect and attraction continues to deepen over time.

The spark is always there because I know what to say and do to make that happen with a woman. It’s so damn easy.

When you know how to deepen a woman’s love, respect and attraction for you over time, having sex isn’t a chore for her. She wants to do it and so do you.

Does Treating Her Mean Keep Her Keen?

My Girlfriend Said She Needs Space