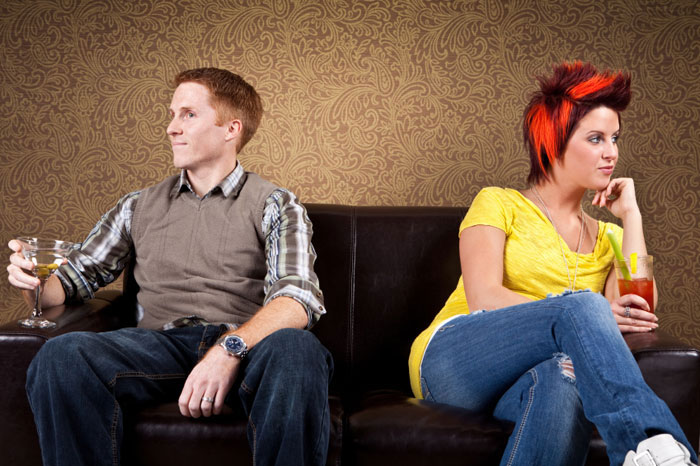 Women are mostly attracted to a guy’s confidence more than anything else.

If you are a shy guy, some women will accept you, but they won’t ever fully respect you or feel as much attraction for you as they would for a confident guy.

If you want to experience true and lasting success with women, then you have to be willing to become more confident with women and let go of your unnecessary and unhelpful shyness around women. Are you willing to break out of your shell and become a more confident guy than you are right now?

If you are not willing to do that, none of my dating tips for shy guys will work for you. Confidence with women is an essential part of success with women.

Women are attracted to the strength in men and turned off by the weakness. Unless you are willing to fix your emotional weakness and become a stronger guy, then no amount of “dating tips for shy guys” will help you.

Building Up the Confidence to Approach the Women You Find Attractive

Approaching a woman in a relaxed, confident manner automatically makes her feel some level of attraction for you. From there, you simply need to make her feel attracted in other ways (e.g. using humor, being charismatic, being charming, displaying social intelligence, having a masculine vibe, etc).

There are some curses in life that are actually “blessings in disguise,” but being a shy guy definitely isn’t one of them. Shyness does not provide you with anything other than holding you back from what you really want to do…especially when it comes to women and dating.

In Hollywood movies and on many TV sitcoms, you will see the shy guy “get the girl” in the end. He will save the day, save the girl from something or save the world and then the girl will fall into his arms.

Some shy guys make the mistake of thinking that women will find it “cute” that he is shy. In fact, some women will even SAY that he is cute for being so shy. However, that doesn’t mean she feels sexual attraction for him.

If a woman doesn’t feel sexual attraction for you, then she isn’t going to be interested in having a sexual relationship with you. So, drop the shy guy act and start being more of an alpha male.

Being Shy When Approaching Women

Think about the last time you were at a packed house party. You probably saw dozens of gorgeous women. Did you approach any of them or were you too shy? If you did approach, what did you say and were you able to keep the conversation going and keep it interesting?

If you didn’t approach the beautiful women at the party, you probably told yourself:

Maybe you did approach her, but you then found that everything went downhill from there:

If that is your typical experience at a party, then it’s not going to change unless you focus on becoming a more confident and charismatic guy. You can’t go through life being a shy guy and expecting people to be nice and gentle with you. That isn’t the way the world works.

Start with these basic dating tips for shy guys and you will be on your way to transforming yourself into the confident, sexy man that all women are desperately looking for:

Change your thinking: Negative thinking and second guessing yourself only makes things worse. Always put your best qualities at the forefront of your mind and be on the lookout for positive evidence that women do like you (e.g. a woman checking you out in a bar, women flirting with you when you talk to them, etc).

Stop worrying about your appearance: As you will have seen, women hook up with all sorts of guys. Don’t believe the junk that the TV or magazines advertisements try to feed you about being good looking, wearing the latest fashions and colognes and having six pack abs.

In real life, women hook up with confident alpha males, even if the guy is fat, ugly, bald or short.

Anticipate her needs: Knowing how a woman is likely to respond in different social situations helps you decide on the perfect time to approach her.

For example: If you’re at a bar and a woman looks at you, looks away and then looks back again and smiles. That is a great sign that she is open to being approached. Instead of being shy and worrying about being rejected, attract her with your confidence by walking over and starting a conversation.

My name is Dan Bacon and I am a former shy guy. I actually used to suffer from mild social anxiety and even though I knew it was silly, I couldn’t stop myself from feeling that way. I was rejected again and again by women because I just wasn’t strong enough (mentally and emotionally).

My shyness, nervousness and insecurity around women made most women feel stronger than me…and that is a huge turn off for women.

Yet, I eventually worked out the secrets to overcoming shyness and being a truly confident guy. So, if you are interested in learning, click around my site and I will continue helping you right away.