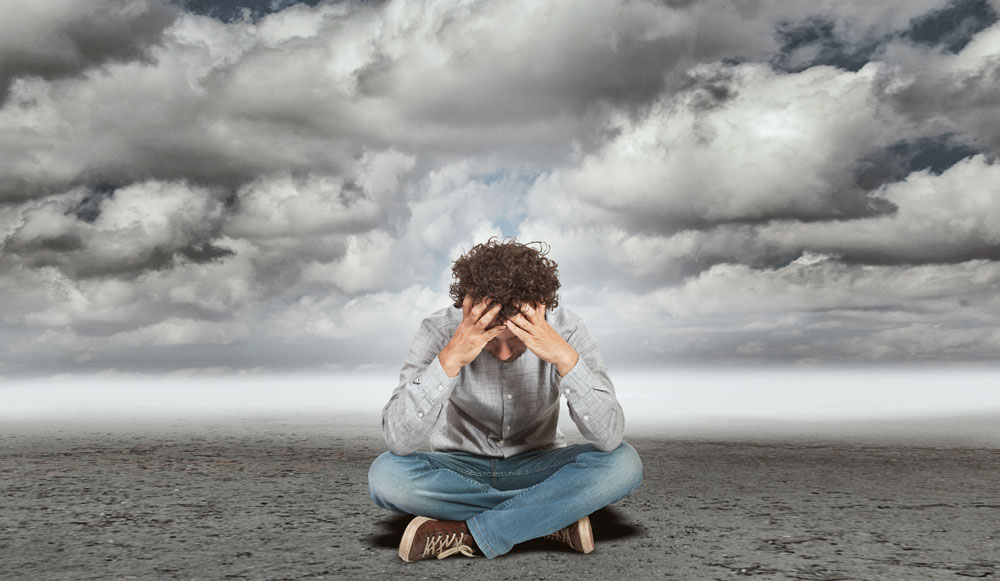 Depression After a Break Up: How to Recover

Relationship break-ups are never easy because someone is always going to get hurt.

Even when the decision to end a relationship is effectively a mutual one, there’s still heartache involved, so when the decision is made by one person and the other is dumped, the hurt can feel like a stab in the heart that’s never going to mend.

More often than not, when a guy asks me for advice on dealing with depression after a break-up, he’s stuck in that place of hurt after being dumped and he’s left wondering if the heartache he’s feeling will ever go away and allow him to move on.

Well, the first step towards moving on is nothing more than wanting to move on.

This sounds obvious, but the unfortunate thing about depression after a break-up is that a guy can become trapped in a downward spiral of negative emotions that effectively hold him hostage.

When you’re depressed, you’re allowing yourself to remain in a state of negative, low emotion in which you put all of the energy you have into looking for reasons to back up your “reasons” for feeling that way … and holding on to those feelings.

This, of course, makes it a downward spiral that keeps you locked in because you’re only focusing on negatives – negative thoughts and negative emotions – and you’re stuck there as a consequence.

Do You Want to Get Her Back or Move on?

If you want to get her back, this video will explain what you need to do.

If you want to move on and have sex and relationships with new women, what you need to focus on is your ability to attract women when you meet them.

Where Did it All Go Wrong Between You and Her?

Do you know exactly why she broke up with you?

Are you aware of the mental and emotional process that she likely went through before deciding to finally call it quits?

Watch this video to understand how it works for a woman…

Until you really want to move on and you’re prepared to look for a way out of that dark place, you’ll stay there, perhaps wishing things were different, but wishing won’t make anything change unless you’re prepared to do something to change the way you feel.

To get out of your current state of depression involves actively looking for ways to rebuild your confidence with women and rediscover feelings of optimism and happiness as a result.

To do this, you need to learn from the experiences of others who’ve come through depression after a break-up and use their success story as a guide to find your own way out.

This is exactly what I did after I got dumped some years ago now and it’s because of that experience that The Modern Man came into existence.

It took me a long time to realize that sitting around focusing on everything that had gone wrong was not going to help me move on.

In fact, it was keeping me in a depressed state because I was focusing only on negative thoughts and emotions.

I decided that if I wanted to be a confident guy enjoying limitless success with women, I needed to to switch my focus from, “Why did this happen to me?” to, “What do I need to ensure it doesn’t happen again?” and from that point forwards my life turned around.

What Will Make it All Go Right Once Again?

For me personally, I had made the classic mistake of making the woman I was in a relationship with the centre of my universe; my entire world revolved around her and I’d let everything else in my life slip into the background.

I’d stopped hanging out with my friends and doing my own thing in terms of interests outside of the relationship so that I’d have more time to spend with her, and I behaved in an overly-possessive and jealous way when she chose to spend time with her own friends instead of me.

My actions were making her fall out of love with me but I couldn’t see it, all I could see was the potential of losing her to another man if I didn’t cling on to her in desperation … and so the cycle of destruction began.

Women are attracted to confident men who are secure in who they are and what they’ve got to offer in a relationship, so insecurity of any sort is a total turn off. Neediness and jealousy are not attractive traits in a man.

The more I turned my back on my friends and my own individual interests, the more possessive and clingy I became, therefore the less attractive I became in her eyes as a result.

The fact that I’d dropped everything in an effort to “devote” myself to her not only led to her dumping me, it also meant that when she was no longer in my life, I had nothing going on in my life.

Depression kicked in as a result of having nothing to focus on other than what I’d lost.

What Guys Need to Know

Getting through depression after a break-up comes down to rebuilding your confidence in yourself as a man and choosing to learn from the experience so that you can move on as a better man.

A big part of this process is learning to actively trigger feelings of attraction inside of a woman when you meet her.

If you go through life without the ability to actively attract women, you will always be stuck trying to get lucky and hoping that a woman will take pity on you and stay with you for life.

However, when you have the skill of being able to attract a woman when you meet her and then build on her attraction in a relationship, it’s no longer about luck.

Instead, you are the type of man that women want to be with and stay with. Watch this video to understand how it works…

When you become the type of guy who can attract women at will, a woman instantly knows that you’re a man who has his pick of women, which then makes you a “prize” that she wants to catch and keep for herself.

Can you imagine that happening to you?

You don’t need to imagine it any longer.

It is about to become your reality…