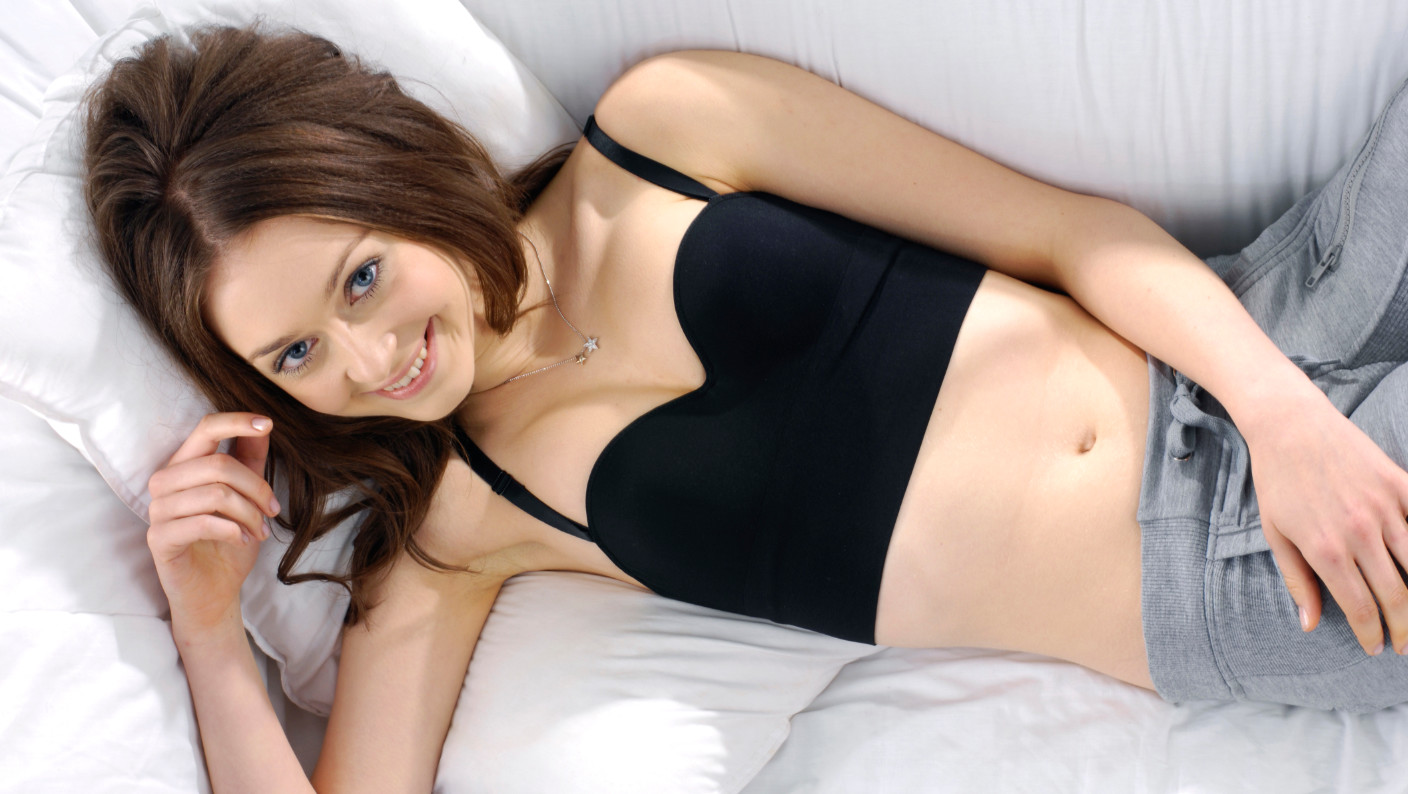 How to Get a Girlfriend. Best Tips!

If you want to get a girlfriend, making her feel attracted when you first meet her is the most important thing of all.

When a guy doesn’t know how to attract women, he will often make the mistake of trying to get women to like him based on how nice of a guy he is.

Yet, what he doesn’t realize is that being nice doesn’t make him stand out as special to the woman.

Most guys try to get laid or get a girlfriend by being nice to women because they don’t even know how to CREATE a spark of sexual attraction inside of her.

Don’t get me wrong though: There is nothing wrong with being to nice to women, but for her to appreciate your niceness, you first have to make her feel sexually attracted to you.

If you’re only being nice, but creating feelings of sexual attraction inside of her, then you’re just another typical nice guy who makes her feel little to nothing.

She wants to feel sexually attracted, just like you do.

Sexual attraction is the difference between getting laid or getting a girlfriend and getting rejected, or just being seen as a nice friend.

These Days, You Don’t Have to Date a Girl For a Long Time to Get a Sexual Relationship Started

Some women want to wait 5 or more dates before they begin a sexual relationship with a guy, but most women are willing to have sex on the first night they meet a guy or on the first date.

Depending on the country, statistics show that up to 70% of modern women admit to having had at least one “one night stand” before.

In an American survey, 55% of couples admitted to having sex on the first date.

…and that’s just the women who admit it.

In reality, it’s a lot more than that.

Unlike women from the 1950s, today’s women don’t need to spend lots of time getting to know you to see if you are good husband material.

Most guys still aren’t aware of how things actually work these days, so they try to use an old school approach of being nice and hoping to be liked enough as a person that the woman would then be interested in a relationship.

She’s not thinking about a relationship at the start.

She’s thinking about whether or not there’s enough of a sexual spark between you and her for something to happen.

After that, then both you and her can start thinking of relationship potential.

Yet, prior to then, you are simply strangers and a relationship is not going to happen without a sexual spark.

So, don’t be afraid to IMMEDIATELY create a sexual spark with a woman (i.e. by being confident, flirting with her, making her feel girly in comparison to your manly approach to the conversation/interaction).

Understand that most women are open to having sex immediately to begin a dating relationship and see how things goes.

If it feels good to be with you in a dating relationship, she’ll then think about wanting a committed relationship.

So, if you wait too long to make a move on a modern woman, she will usually get bored with your outdated approach to dating, or another guy (who knows how to attract women and escalate to sex right away) will take her from you.

It’s just how it goes these days.

Women aren’t sluts for being more open to having sex quickly either.

It’s just a more efficient, modern version of dating where a man and a woman get to experience each other, see if they like it and if they do, then they start to get serious.

It’s not like in the very distant past where a man and a woman would court each other for a long time, get serious, get married and then have sex.

People can still do that if they want to and there’s nothing wrong with it.

It’s just that 99% of people don’t do that anymore.

Accept the Truth About Modern Women

If you’ve been searching online for information on how to get a girlfriend and have been wondering why it has been so difficult for you to get women interested in a relationship, then you are most-likely unaware of how the modern dating environment works.

Relaxed attitudes to premarital sex makes it SUPER easy to get a girlfriend and start having a sexual relationship immediately.

All you need to do is approach a woman, make her feel attracted to you, connect with her and then get her phone number (to arrange a date) or kiss her and then have sex with her that day or night.

A lot of guys make the mistake of thinking that if they approach a woman, she will be upset, angry or annoyed that he approached.

However, the truth is that if a woman is single and hoping to meet a potential boyfriend, she will be happy that you have approached and offered her the opportunity to meet a guy.

If she already has a boyfriend, she will politely tell you that.

Additionally, if you are saying and doing things that make her feel attracted, the woman with a boyfriend is not going to be angry that you approached her.

You don’t need to feel rejected if you approach a woman and find out that she already has a boyfriend.

You were just “checking” to see if she’s available.

Make Something Happen Quickly, Within Reason

If you do approach a woman, but don’t follow through to a phone number or even ask her to join you for a coffee (or juice) right then and there, she will often walk away feeling disappointed and rejected by you.

Additionally, if you live in a big city you probably won’t EVER run into her again.

Ever notice how that happens?

So, you need to get in the habit of making something happen immediately, within reason (i.e. it’s not always possible to kiss the first time you meet a woman, but sometimes it is. Likewise, sometimes you just need to add a woman to social media, rather than getting her number. Other times, she is up for sex on the first night, whereas in other cases she definitely isn’t).

Regardless, you should always try to get a phone number, or get her to join you for a quick coffee.

Alternatively, if you’ve met her in a bar, then get her phone number, kiss her or have sex with her that night, if she seems open to that.

How to Attract a Woman to Get Yourself a Girlfriend: What to Say

As long as you make women feel attracted to you by the way you talk to them and interact with them, most single women will be interested and very open to talking to you or giving you their phone number.

You can get a girlfriend in any environment where you see women.

Just make sure that you focus on making her feel attracted to you.

For example: Imagine you walk into a Starbucks to buy a coffee.

After you place your order, you notice a beautiful woman waiting for her coffee order to be made.

Instead of hiding away from an opportunity to get a girlfriend out of fear, say something to her!

You: Hey…so, is this your first coffee for the day?
Her: (Whatever she says doesn’t matter. Yes or no – you can still reply in the same way).
You: This is my 10th coffee. I drink 20 cups a day. [Note: This will make her feel attracted to you because you’re using humor. Making women laugh is ONE way (of 100s that I teach at The Modern Man) to make women feel attracted to you].
Her: (She will laugh and will most likely know that you’re joking).
You: Nah, just kidding…this is my second cup. I think three is enough for one day. I’m ______ (say your name) by the way – what’s your name?

From there, continue the conversation and then get her phone number.

If you don’t know how to keep the conversation going and get her phone number, I will teach you exactly what to do in every situation you encounter when trying to attract, pick up and date a woman.

I have all the answers here at The Modern Man, so you don’t need to waste any more time going around in circles online.

You can get all the correct advice right now, which will result in you getting exactly what you want with women, in the easiest way possible.

How to Get a Girlfriend: Why is it So Difficult For You?

Have you ever noticed that some guys seem to be able to get a girlfriend easily, while others go for months or even years without so much as a kiss from a woman?

Why does that happen?

Simple: Guys who are good with women know how to make women feel ATTRACTED to them during a conversation.

Guys who suck at getting a girlfriend or getting laid are usually only friendly, nice, polite or neutral when they talk to beautiful women.

You have to actively make women feel attracted to you when you interact with them.

You can do this by displaying the personality traits and behaviors (e.g. confidence, flirting, charisma, charm, playfully challenging humor) that naturally attract women when you talk to women.