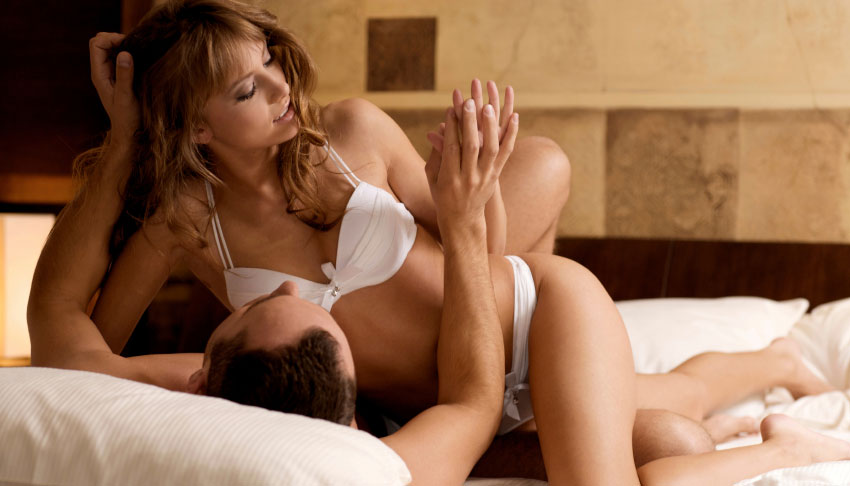 How to Seduce a Woman

The basic steps involved in seducing a woman are:

However, as simple as that seems, the truth is that a guy will find it very difficult to seduce a woman if he feels nervous or shy around her, or if he doesn’t know how to flirt and make her feel sexual attraction for him. Why?

Women are attracted to the strength in men (e.g. confidence) and turned off by the weakness (e.g. nervousness, shyness, anxiety, insecurity, etc). The more confident you are as a guy, the more natural and easy it is to seduce a woman. In fact, when you have the level of confidence that an alpha male has, women will try to seduce YOU.

There are many different alpha male traits that women love to see in guys. One simple way of showing her that you are alpha and not like 80% of the guys she meets, is to be a bit of a challenge. Make her work to attracted and to get you really interested in her, then let her have the privilege of having sex with you.

How Confident Are You Around the Types of Women You Want to Seduce?

So, the question is: How confident are you around the types of women you want to seduce? If you lack confidence around a woman and instead show signs of nervousness, shyness and insecurity, don’t expect her to want to have sex with you; she’s not going to be feeling turned on by you.

To seduce a woman, you have to start by making her feel sexually attracted to you. Only after she feels that way, will she then truly open up and want to connect with you emotionally. When that happens, she will want to get physical by kissing you and having sex with you.

Do You Have a Particular Woman in Mind?

Most of the guys who want to know how to seduce a woman already know of a particular woman that they are looking to seduce. Maybe it’s a girl at school, a woman at work, a friend of a friend or even your neighbour.

Whatever the case for you, I am here to help and I will not only show how to seduce this woman into having sex with you, but I will also explain exactly how to seduce new women that you meet. I have personally had sex with more than 250 women, so seducing women into sex and love is something that I know a LOT about.

Guys who come to me for help are often making the mistake of trying to become a woman’s “friend” in the hope that she will eventually want to have sex with him. That storyline works out in the movies in TV drama series, but in real life, an alpha male simply comes along, makes a woman feel sexual attraction to his confidence, flirts with her and then escalates to kissing and sex.

Being really nice to her or trying to be her innocent friend is not only the slowest way to seduce a woman, it is the way that results in REJECTION most of the time.

How to Seduce a Woman Into Love

A common mistake that guys make when they want to seduce a woman into a loving relationship, is thinking that it is all about the “connection’ they have with her. Based on this thinking, the man then tries to become really good friends with the woman and make her see him as a super nice, sweet, loyal, innocent guy.

A good connection is an important part of courting a woman, but if she doesn’t feel sexual attraction for you, then it is simply a friendship. All it will take for you to be slammed further into the dreaded friend zone is for a confident guy to come along, make her feel attraction, connect with her and then escalate to kissing and sex with her.

How to Seduce a Woman Into Seducing You

The guys who enjoy easy, natural and consistent success with women are those who TURN THE TABLES by getting women to seduce them instead. The best part is that women actually WANT it to be that way; they prefer guys who aren’t desperate to be with them.

Have you ever heard a woman say, “I want man who is a challenge” or noticed that the types of guys whom women CHASE AFTER are those who don’t desperately try to impress women? That is not a coincidence.

At The Modern Man, our whole approach to success with women is about switching the roles so that women try to seduce you. It is SO MUCH EASIER this way because when you try hard to seduce a woman like most guys do, she notices and:

a) Puts up her guard.
b) Plays hard to get.
c) Feels like she has more value in the situation.

At The Modern Man, we teach special “undetectable” techniques that you can use to make a woman feel like YOU are the valuable one and that SHE should be chasing you. No doubt you have seen women behave like that around guys who are just normal, average guys right? It happens all the time, but only SOME guys know how to do it.

Most guys think that success with women is all about looks, height, muscles or money. However, we’ve all seen ugly guys hooking up with beautiful women. Why? It’s not about looks for most women…and SOME guys know that.

Are You Serious About Learning How to Seduce Women?

There are millions of “dating advice” sites online that have articles written by men and women who are NOT successful with women. They are just making up their tips as they type because they want to have a lot of articles on their site.

That’s where The Modern Man is different.

We are actual experts at approaching, talking to and seducing women. Everything that we teach here at The Modern Man has been TESTED by us in our own lives and by our 1,000s of happy customers from all over the world.