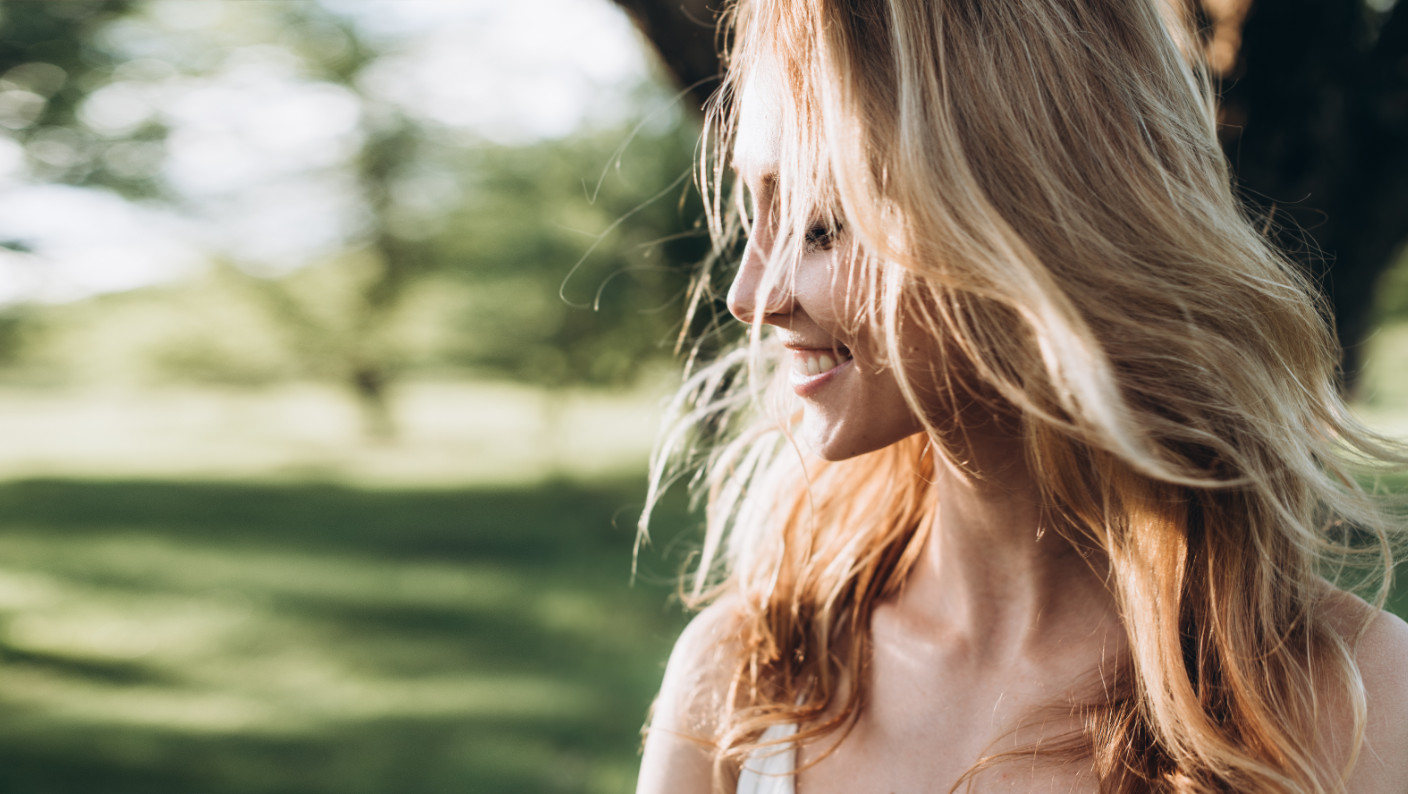 I Want a Girlfriend. 4 Killer Mistakes to Avoid!

Getting a girlfriend is one of the easiest things a man can do, if he understands how to attract women during a conversation and then move in for a kiss, or at least get a phone number so he can set up a date.

So, if you’ve been thinking to yourself, “I want a girlfriend” and wondering, “Why haven’t I been able to get one?” the first thing to do is work out where you’ve been going wrong.

For example: Have you been making any of the following mistakes?

I’ve helped a lot of guys to get a girlfriend or wife and when I’ve coached them in person, on the phone or responded to comments on the site, one thing has been consistent: Guys who can’t get a girlfriend RARELY (if ever) approach women they find attractive.

Unless you actually walk over and give yourself a chance to make the woman feel attracted to you (don’t worry, that’s the easy part), then you’re not going be having sex or a relationship with her.

You’re just another stranger in the background of her life.

For example: A study at Florida State University found that 56% said yes when a random man approached them and asked them out.

Yet, if you looked at those women walking along, minding their own business, they almost certainly would have seem closed off and uninterested in being approached by a man.

For full details of the study, watch this video: 5 BIG Secrets Single Women Hide From Men

Unfortunately, many guys go through life feeling as though they would be annoying a woman by approaching her, or would be an unwanted interruption if she is talking with friends.

Yet, women aren’t that mean.

Women want to be in love and enjoy sex and a relationship just as much as you do.

Sure, they might act cold initially, but they do that to test the guy’s confidence and to discourage guys who aren’t sincerely interested from approaching them.

At the end of the day, women are attracted to confidence and emotional strength and turned off by nervousness, insecurity and other emotional weakness.

That’s all that really matters.

In other words, if you’re insecure and seem emotionally sensitive or weak, you won’t be attractive to the majority of women.

On the other hand, if you seem confident, emotionally secure and emotionally strong, you will be automatically attractive to the majority of women.

This is, when a guy approaches a woman, she will often play a little hard to get initially to see how he reacts.

If he is confident and doesn’t become nervous under the pressure, she will be excited and happy to be interacting with him.

If he becomes nervous, starts doubting himself and acting weird because he can’t handle the pressure, then she instantly begins to lose interest in him.

In terms of men approaching; women know that it is not their role to approach and pick up men.

They don’t go around saying that because they don’t want to encourage guys to approach them who aren’t sincerely interested.

Yet, they know it.

A woman also knows that when a guy approaches her, it is an opportunity for her to potentially meet a boyfriend.

She knows that and as a result, she is hoping that the interaction goes well.

So, don’t be afraid to approach, even though modern women seem to not want it.

If a woman is single and wants to find a boyfriend, she’s not going to go around approaching random men in a shopping mall, or at a bar (unless she is very drunk).

Instead, she will wait for a guy who has the confidence to approach and is genuinely interested enough to approach.

She will then hope that he knows how to create a spark between him and her, so they can actually get something going between them.

If you’re saying to yourself, “I want a girlfriend!” but have been acting extra nice when talking to women, then it shouldn’t be any surprise that you are still single.

Being nice to a woman doesn’t make her feel sexual attraction.

It might make her see you as a nice person, but it won’t make her wet.

I recommend that guys be good guys to women, but being way too nice to women will rarely get you anywhere.

For a woman to want to have sex with you or be your girlfriend, she first has to feel sexual attraction for you.

You need to establish sexual attraction first and then the fact that you’re a good guy is simply a bonus to her, but it’s not essential.

This is why you will sometimes see women hooking up with bad boys, even though the woman knows that he isn’t the right kind of guy for her.

She is simply following her feelings of attraction.

She wants a good guy who makes her feel sexual attraction, but they are so hard to find because most good guys are too nice.

Being too nice turns a woman off because it makes her feel as though you’d be picked on by other guys, or are trying to suck up to her to get laid or get a girlfriend, which makes her feel more valuable than you (i.e. gives her a false sense of superiority over you).

Focus on making her feel sexual attraction and when she feels it, she will truly appreciate that you are also a good guy.

3. Doubting Yourself Around Attractive Women

Have you ever seen a beautiful woman with a fat, ugly, bald or short man and wondered, “How the heck did he get HER?”

In some cases it’s because the guy is rich and she’s a gold digger, but in most cases, the reason why the guy is with her is that he simply didn’t doubt himself when he met her.

Why is a guy (whether he is skinny, fat or fit) not doubting himself important?

Women are attracted to the emotional strength in men and turned off by the weakness.

When you display the emotional strength of confidence, women can’t help but feel a natural attraction for you.

Not all women will go for a fat guy, or a skinny guy, but many women will, including pretty women.

Yet, if you display nervousness, shyness or appear intimidated by an attractive woman, she will naturally feel turned off by you.

It makes the unattractive woman feel like she could probably get him to stick with her in a relationship, because he doesn’t realize that he can be attractive to women by improving his confidence.

Yet, the vast majority of women try to steer clear of nervous, insecure guys, especially if they’ve had relationship experience and know that those kind of guys usually become very clingy, needy and overly protective in a relationship.

So, if you want to get a girlfriend, one of the most important things you have to do is believe in yourself.

If you need more help with that, watch my video, How to Be Confident with Women.

The more confidence you allow yourself to feel around attractive women, the more attracted they will feel and the more they will look at you as being an equal to them, or even more valuable than them.

BTW: Attractive women don’t actually want you to doubt yourself around them!

They are HOPING that you can be the confident guy they’ve been looking for.

Unfortunately, most guys just don’t know how to do it, so attractive women often struggle to find a good boyfriend.

4. Liking a Woman Too Easily

A guy will often be unaware that most of the guys an attractive woman meets and has a conversation with (i.e. 5-10 minutes), immediately show interest in her and seem open to having a relationship with her.

It’s very easy for her to come across guys who are interested right away.

Yet, the vast majority of those guys have ABSOLUTELY NO IDEA how to make her feel sexually attracted to them.

Instead, they are nice, try to get along with her and try to find out more about her to hopefully show her that they have some things in common.

She’s looking to feel sexually attracted, not get along with a guy.

Getting along during a conversation means that you’re a nice person and could possibly be a friend.

Making her feel attracted and turned on means that you’re a potential lover or boyfriend.

So, make sure that you focus on that, before showing her that you are interested.

Otherwise, it’s a one-sided attraction and you’re just another guy who liked her immediately, but couldn’t get her to feel the same way in return.

It Sucks to Not Have a Girlfriend

I remember being in your situation many years ago.

I felt sad about the fact that I didn’t have a girlfriend, while other guys were enjoying sex, love and great times with women.

I wanted a girlfriend so badly, but I didn’t know how to go about it.

Then, I discovered the secrets that I now teach here at The Modern Man and attractive women began to flood into my life.

If you are serious about wanting to get a girlfriend, click around and learn from my website.

All of the best techniques for getting a girlfriend are here at The Modern Man.