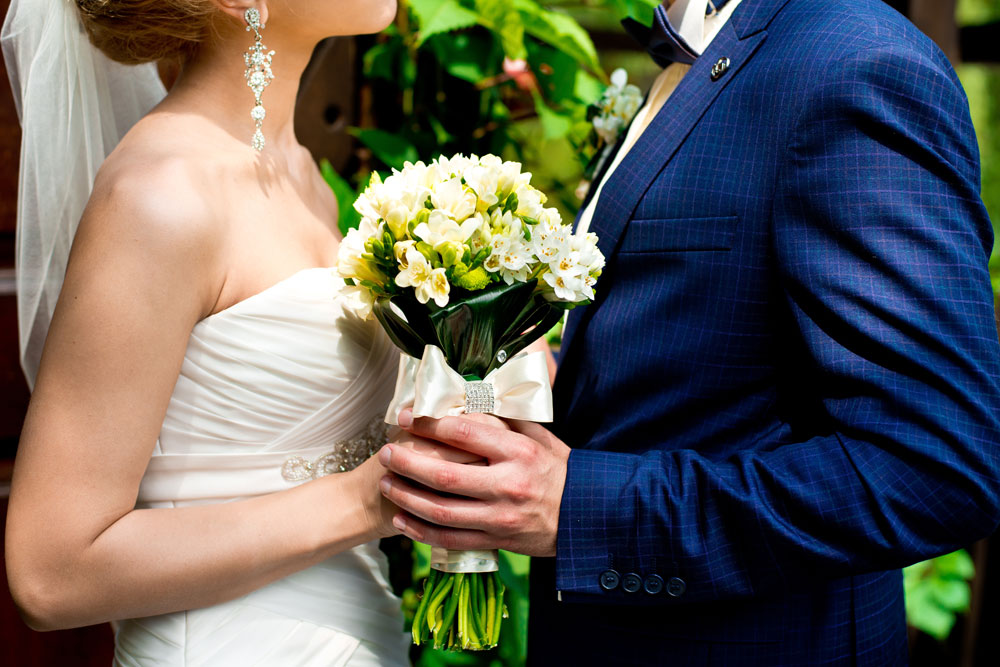 Is Marriage Worth it For Men?

After enjoying the playboy lifestyle for more than 10 years and having had sex with more than 250 women, I recently got engaged to my girlfriend of over 2 years.

When some guys heard about it, some immediately asked me, “But, is marriage really worth it for men these days?” Of course, I can’t answer that question for every guy, because everyone is different. However, this is why I decided to accept my girlfriend’s marriage proposal, after rejecting many girlfriends before her.

Marriage is a very personal thing and it has to be a decision every guy makes based on the quality of his relationship. Naturally, there are reasons for and against marriage for men. So, let’s have a look at what it means for a man to get married in today’s world.

The Case Against Marriage

I’ve heard many reasons why marriage isn’t worth it for men. Here are just a few…

When you look at this list, it’s understandable why any guy would ask: Is marriage worth it for men?

The Pros and Cons of Getting Married

Divorce statistics have become common knowledge, and although many relationship experts and counselors are trying desperately to convince the public that the divorce rate is not as high as they think, the reality is most research confirms that an average of 50% of couples DO get divorced.

That is a big number and if you’re the kind of guy who has been raised in a single parent family because your parents got divorced, or have experienced the negative effects of divorce in some way, you are likely to be feeling very nervous about getting married.

Truthfully, there is no-one who can give you a guarantee that if you get married your marriage will last forever. In fact, with so much development happening in the fields of science, nanotechnology, etc., sometime in the future our lives might be extended to exceed 150, 200 and even 300 years.

Is it then realistic to expect a man and a woman to stay married to each other for hundreds of years? Who’s to say? Like in today’s society where there are couples who stay married for 30, 40, 50 and even 60 and 70 years, and couples who get divorced within a few years and sometimes within a few months after getting married, couples in the future will have the same odds.

Regardless of what the divorce statistics have to say, getting married is a personal choice.

If you meet a woman who is right for you, and if you have the skills as a man to keep the relationship dynamic between you and her balanced, not only will marriage be worth it for you, you will also be able to make the love, respect and attraction between you and her grow over time. In the end not only can you stay happily married, your relationship can also grow better day by day.

2. Women only marry men for their looks and their money.

When a man sees a woman, he automatically feels attraction for her based on how she looks. If she’s beautiful, or even just attractive, a guy will consider having sex with her and even starting a relationship with her, even if he doesn’t like her personality.

Women, on the other hand, are different.

Although a woman will look at a guy and say, “Oooooh, he’s so hot, I’d love to get my hands on him,” if the guy turns out to be nervous, insecure or without direction and purpose in life she will more often than not avoid him.

This is why you will often see really beautiful women with plain or even fat or ugly guys (most women are attracted to guys for reasons other than just his looks). This is why a woman will date and then fall in love with a guy based mostly on how he makes her feel, and on who he is as a man.

We’ve all read the horror stories in the news about some woman taking her husband to the cleaners and walking away with at least half of his wealth. Yes, this happens and no, it’s not cool. However, when a man and a woman not only love but respect each other, they find ways to show this.

If you are avoiding marriage because you’re afraid a woman will take 50% of your wealth, there are ways around this, like signing a prenuptial agreement. If she’s the right woman, SHE will be the one who wants this out of respect and love for her man.

4. Why settle for one woman when you can have sex with many women throughout your life?

This is definitely something that appeals to many men. If this is your view, then by all means don’t get married. There’s nothing wrong with a guy who chooses to spend his life having sex with new women. Every guy should choose the path that he feels is right for him and that will bring him the most happiness, joy and fulfillment in life.

For some it’s many women, for others it’s commitment and marriage to one woman. If a guy meets a woman and develops an amazing connection with her and their relationship gets better and better over time, then the idea of throwing all that away for sex with other women may not appeal to him. If love and starting a family is important to you then yes, marriage is worth it… for YOU.

5. I’ve heard married women stop wanting sex after they get married and then they get fat after they have a baby.

One of the things I teach here at the Modern Man is that when you’re truly confident in yourself and in your abilities, and you know how to create and keep creating attraction in your relationship, you don’t have to be afraid that your woman will become like that.

In fact, when you learn to master the art of conversation, the best way to use body language and flirting, and other relationship techniques (which we teach), you will cause your woman to fall deeper and deeper in love with you.

She will feel so much love, respect and attraction for you that not only will she never want to leave you, she will constantly strive to impress you and make you love her more. Only a woman who is unhappy in her relationship because her man has stopped making her feel the way she wants to feel will stop wanting sex with him and will let herself go.

Is marriage worth it for men? If you’re pro marriage you’ll already be convinced and if you’re anti marriage I can carry on giving you pros and cons for another 10 pages and you’ll still have your doubts. Ultimately marriage has to be worth it for YOU.

In my opinion, I don’t believe marriage is something people have to do to keep a relationship together for life. Proof of that is the hundreds of thousands of couples who live together for life without ever saying, “I do.”

However, if you’re in a relationship with a woman who loves and respects you and whom you love and respect, and if marriage feels right for both of you, then getting married may be something you choose to do to show your commitment to each other.