How to Get Your Girlfriend Back: 6 Things You Should Never Say

When it comes to the very important topic of how to get your girlfriend back, there are many things that you need to avoid saying to her.

Getting an ex back is a fairly simple and easy process, but many guys (including me before I worked out how to do it) get it wrong.

First off, I’m going to give you some examples of things you shouldn’t say to your girlfriend when trying to get her back… 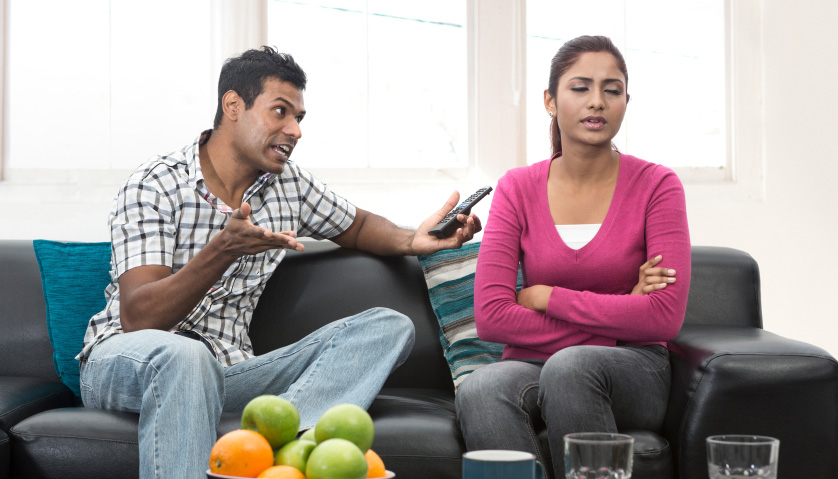 In an effort to win her back, some men will promise to change, but the problem is that they don’t really know how or what to change. Women rarely say more than, “I need time to myself” or “It’s not you, it’s me” or “I don’t feel the same way anymore.” They don’t explain the real, deeper reasons why the guy has turned her off and what he needs to do to fix that.

Without understanding what you actually need to change to make her feel the way she wants to feel, promising to change is pointless. Why? You end up offering to change things about yourself that she isn’t even concerned about and then she feels like you don’t understand her and can’t be the guy she really wants.

2. “Is there someone else? Have you cheated on me?”

When a woman breaks up with a guy, it usually comes as a bit of a surprise to him.

He thought everything was fine and that she would continue putting up with their problems or with his unattractive behavior, but it wasn’t. Maybe he missed the clues she was giving him or maybe he ignored them, but now that she’s said “it’s over between you and me” he is shocked.

For many guys who aren’t very secure emotionally, they will react by accusing the woman of cheating or sleeping around behind his back.

Why isn’t this a good thing to say when trying to get an ex girlfriend back?

It puts you into a state of mind where you feel, appear and behave in a desperate and insecure way. Women are attracted to the emotional strength of men and turned off by the weakness. If she HAS cheated, it has already been done, so no amount of sulking, getting angry or calling her names will undo it.

However, if you can keep the cheating accusations out of the discussion and avoid attacking her character like that, it will help retain her respect and attraction for you as a man. If she has cheated, she will eventually reveal that or you will see it by looking at what happens with her social media accounts.

Accusing her of cheating never provides you with any benefit in terms of getting her back. Instead, it just pushes her further away from you because the insecure, desperate and angry behavior makes her lose respect and attraction for you. 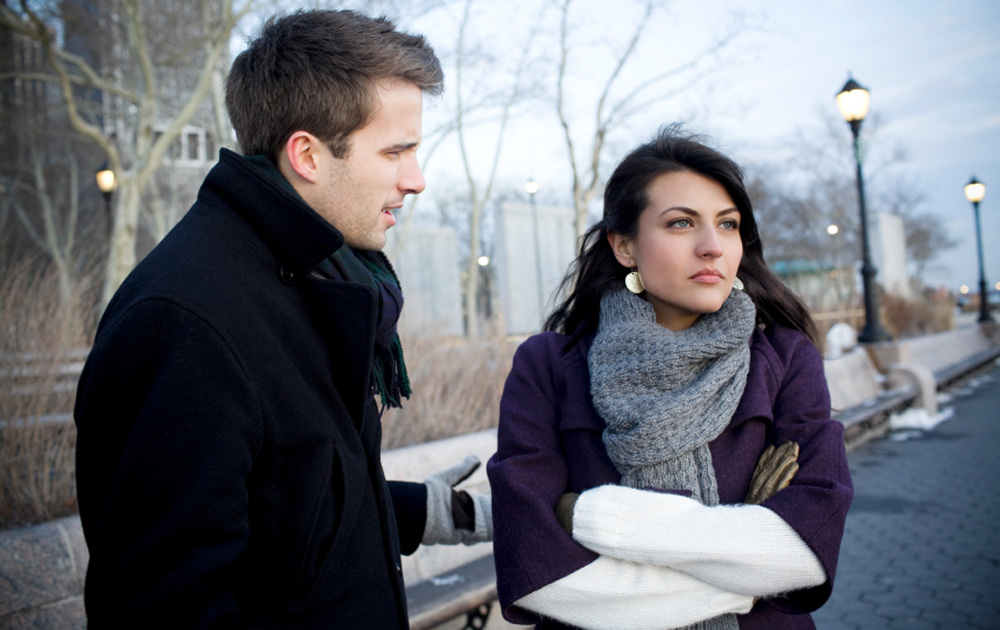 If a woman has lost respect and attraction for a guy, she will find it difficult to allow herself to feel any love for him.

If that has gone on for a while, she will get to the point where she thinks that it will be a relief to break up with him and move on. If she breaks up with him and he is then able to regain her respect and attraction right away (that’s what I teach in my program, Get Your Ex Back: Super System) then she WILL feel regret and want to get back with him.

However, if he is only using the classic, “You’ll regret this” line to hopefully scare her into staying, it will rarely, if ever, have a positive effect. Why? She knows that she doesn’t feel respect and attraction for him and isn’t feeling much or any love for him, so it seems like a GOOD IDEA to move on.

Some guys will say things like, “You will never find another man who loves you as much as I do” or “We are meant to be together. You are making a huge mistake and will regret this” or “If you leave me and I find a new woman, you will regret this.” He may also tell her that what they have is too good to give up and she won’t find it again.

That isn’t how to get your girlfriend back.

You’ve got to get her back by making her feel respect for you again, then attraction and then love. If you don’t know how to do that with your girlfriend, I recommend that you watch my program. Hundreds of guys have already used it to successfully get their ex girlfriend back and it can work for you too. 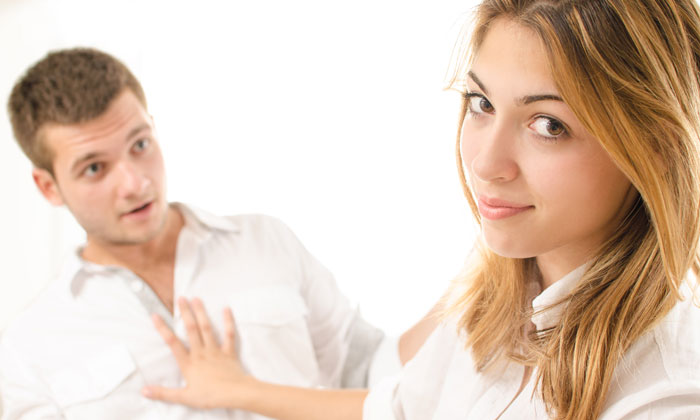 Trying to make his ex feel guilty, a guy will sometimes threaten to hurt or kill himself if she doesn’t take him back and will tell her that if something happens to him, it will be her fault.

That type of behavior is not going to make her desire him. Women want to be with a man they can look up to, respect and admire…not a guy they look down on, disrespect and dislike. Almost every woman will be turned off by a man who would hurt himself in a pointless attempt to win back her love. The only thing that he will gain is her pity for being such a weak man.

Trying to get your ex girlfriend back via text or e-mail is a bad idea. Why?

If a woman doesn’t feel respect and attraction for you, sending her text messages, e-mails or Facebook messages isn’t going to help you.

She will get the message and assume that you are still the same guy who is unable to make her feel sufficient levels of respect and attraction to be in a relationship. 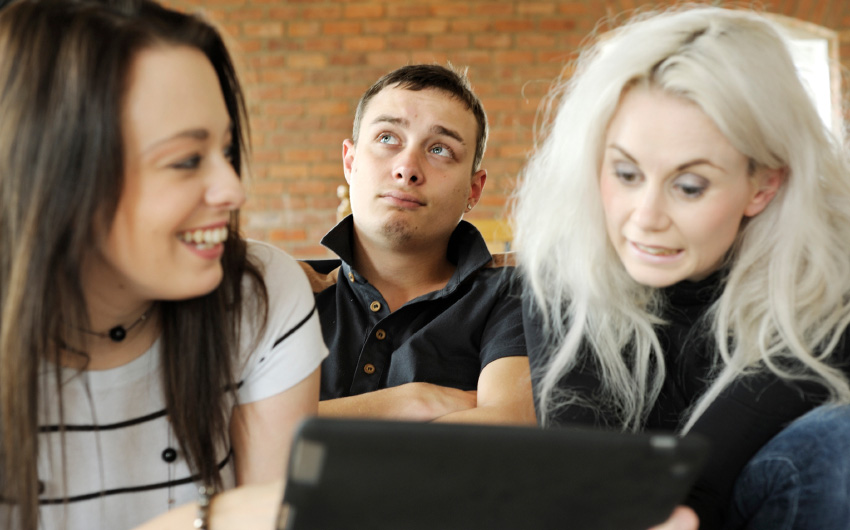 When his girlfriend hasn’t been responding to his attempts to communicate with her, many guys will make the mistake of trying to get friends and family involved.

Getting other people to pass on messages to your girlfriend rarely, if ever, has any positive effects. In most cases, your girlfriend will resent that you involved her friends and family by putting them in an awkward position between you both.

If you want to know how to get your girlfriend back ASAP, I recommend that you try my program, Get Your Ex Back: Super System). I’ve already helped hundreds of guys to get their ex back and I would be honored to help you too.

I Want to Get My Ex Back

Does My Ex Still Love Me?