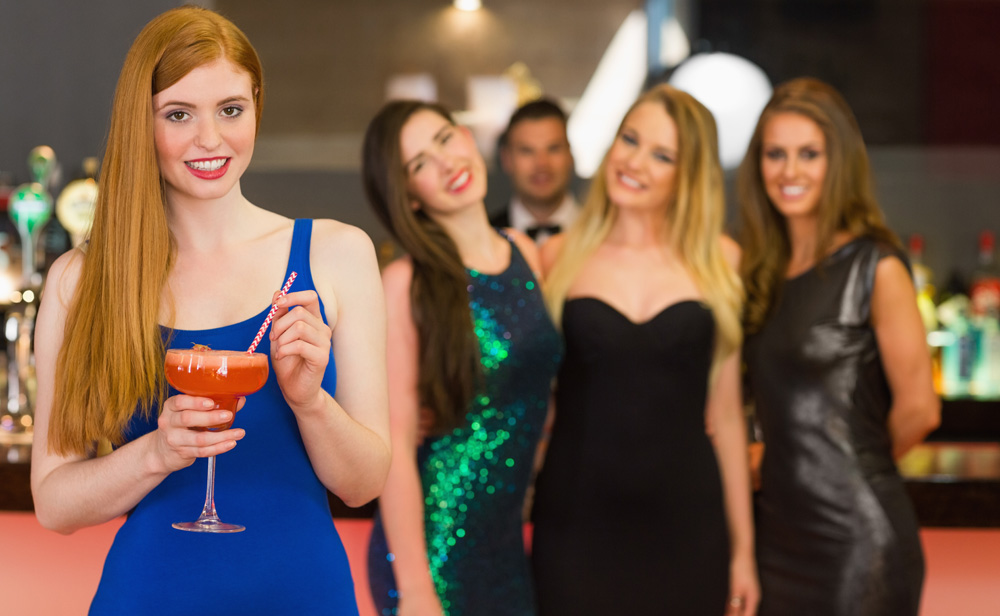 Where Do Single Women Hang Out?

If you’re a guy asking, “Where do single women hang out?” you’ll find all sorts of lists of places to meet women when you look around online.

The places listed will no doubt include bars and nightclubs and other suggestions might be to go to singles parties or to join hobby clubs that attract women, but the problem with all of this is that knowing where single women hang out is not the same as knowing how to attract the single women who hang out in any of these places.

Would you know what to say?

Would you have the confidence to approach a group of beautiful women?

Do you know how to escalate a conversation into flirting, getting a phone number, a kiss or sex?

At The Modern Man, we teach guys how to improve their skills with women and how to enjoy the success with women they want – wherever they meet them.

Where Guys Go Wrong When Trying to Meet Women

The bottom line is that if you don’t know how to trigger a beautiful, single woman’s feelings of sexual attraction for you when you meet her, then it doesn’t matter where you go – most women just aren’t going to be interested.

For example, let’s say you go along to a single’s party. You can be pretty sure that the women you see there are all single, so now what?

Those women have gone to that party to meet single guys but unless you know how to approach those women and engage them in interesting conversations, you’re not going to meet any of them. To meet women at parties, you need to know how to mingle and how to make a confident approach. Just being a single guy in a room full of single women is not enough!

The same applies if you go along to a local bar where lots of single people hang out. Just being there among people is not enough to meet any of those people – and certainly not any of the single women.

The mistake guys make is thinking that all they have to do is make themselves look good, hang out in the places where single women hang out, and then wait for those women to throw themselves at their feet.

Believe me guys, it’s not going to happen! Don’t get me wrong, there’s nothing wrong with making the most of your appearance but the reality is that even looking like a movie star won’t get you a girlfriend if you lack the confidence to approach women.

Sure, women on TV and in the movies actively approach guys who catch their eye in social settings but this is something that rarely, if ever, happens in the real world.

Real women in the real world do not approach guys who are sitting alone at bars or standing alone at the edge of the room at parties, this is pure Hollywood! In the real world, women generally don’t approach guys at all, but if they see a guy they like, they’ll send plenty of signals his way to let him know they’re keen for him to make an approach.

Are You an Attractive Man, or Are You Just Another Regular Nice Guy Who is Hoping to Get Lucky?

A lot of nice guys go through life wondering why they aren’t successful with women.

They hear women saying, “I want to meet a nice guy,” but when they meet him, they just aren’t interested. Why? Watch this video to understand why being nice to a woman isn’t what makes her wet…

There’s nothing wrong with being nice to a woman, but being nice isn’t enough. You also have to trigger her feelings of sexual attraction for you. That is what counts.

Instead of asking, “Where do single women hang out?” try asking yourself, “What skills do I need to be able to approach and attracted single women in the places they hang out?”

Women want to be approached by guys who have the alpha male characteristics they’re instinctively attracted to. For example: Some of those alpha male qualities that women are attracted to include confidence, masculinity and social intelligence.

You see, it’s not just how you look on the outside that decides your attractiveness, but who you are as a man on the inside. The way you handle yourself in a social environment and the way you approach a woman is much more important than how you look.

For example, let’s say you’ve spent a great deal of time and money on making yourself look like you’ve just stepped off the front cover of a glossy men’s magazine and you’re now hanging out in a one of those places where single women hang out. You’ve caught the attention of several women in the room and they’re making it clear that they want you to approach them.

You approach a woman you like and then find yourself struggling to think of anything to say … you stutter and stammer and feel shy and anxious.

When this happens, it doesn’t matter how good you look because if you don’t have the confidence, masculinity, and social intelligence to engage her in interesting conversation, you don’t have what it takes to hold her interest and she’ll move on.

Before working your way down a “places where single women hang out” list, make sure you’ve worked on developing the skills you’ll need to meet those single women when you get there.