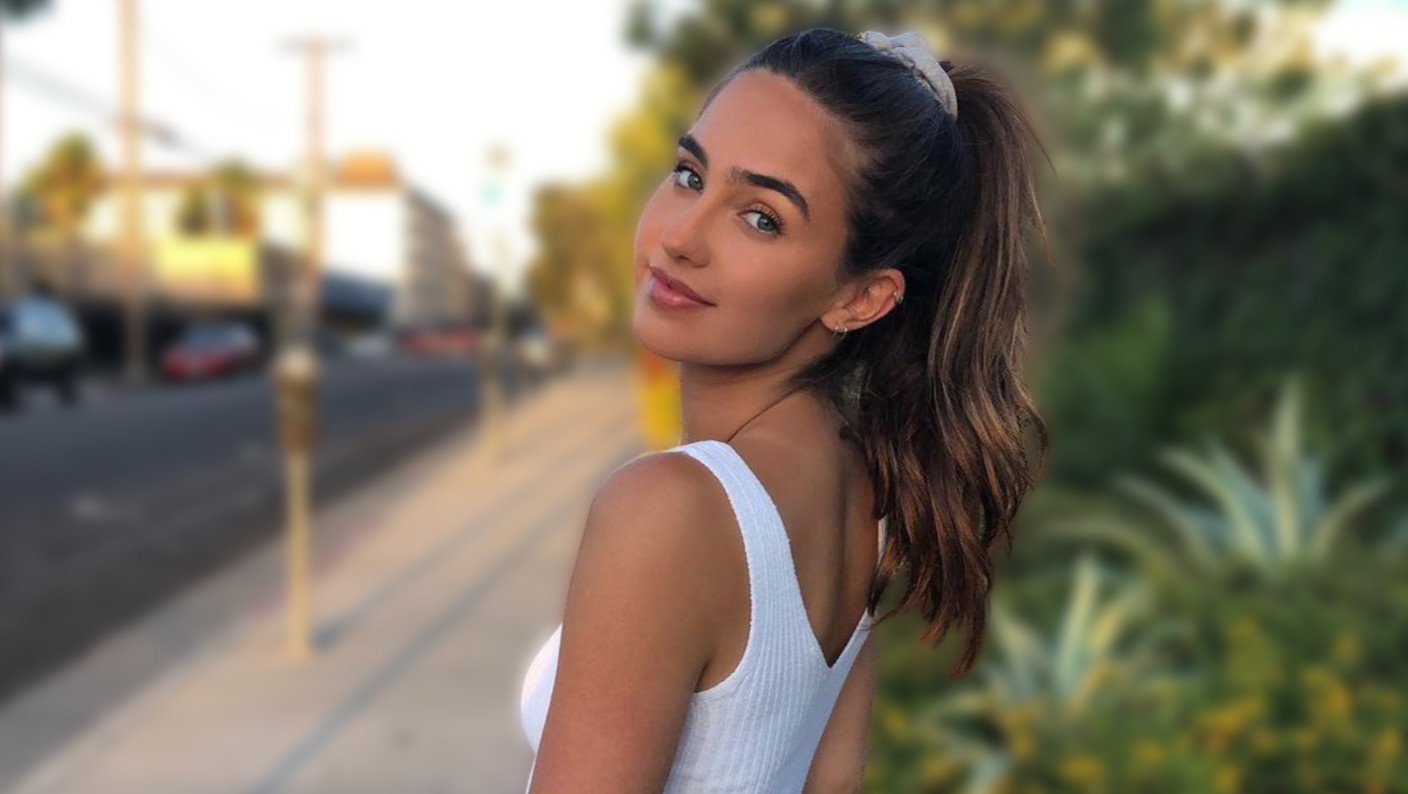 If you’ve just been broken up with and are planning on using the No Contact Rule, here’s what you need to know:

Based on my many years of experiencing helping men from all over the world, a few days to a week is more than enough in most ex back cases.

2. Using No Contact for 30 days or more doesn’t work well on most women 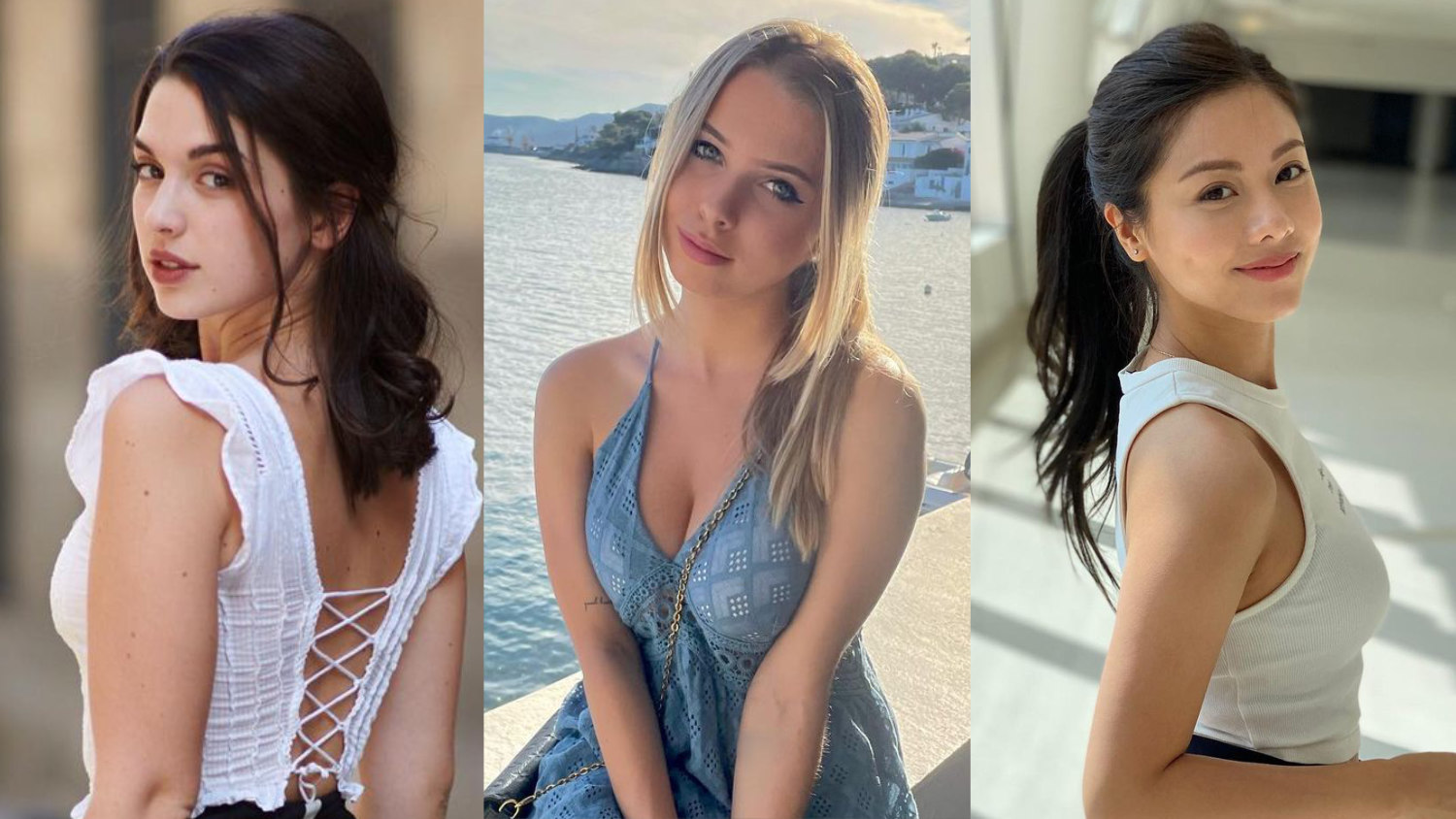 When a woman goes through with a breakup, it’s usually because she no longer has enough feelings for a guy to justify sticking with the relationship.

In other words, she’s pretty much over him or is over him, by the time she ends the relationship.

So, if her ex then uses the No Contact Rule immediately after the breakup and ignores her for 30 to 60 days, it almost never results in her coming back.

If a woman uses the No Contact Rule on a man who dumped her, it will often work because the man will be shocked, or surprised at how little she seems to care about him leaving her.

So, in many cases, the guy will contact her and hook up with her again, or give her another chance for a while, just to prove to himself that he still has that kind of power over her.

However, women don’t need to feel that kind of power and simply move on after dumping a guy that they’re no longer attracted to.

This is why, the No Contact Rule almost always ends in failure for a guy.

On the other hand, when a man takes control of the situation by re-attracting his woman, he almost always gets her back.

Unfortunately, some guys don’t realize that until it’s too late (i.e. she moves on, or isn’t interested when he eventually reaches out after 30 to 60 days).

3. If she has another guy lined up, going No Contact won’t stop her from seeing him

Instead, it will usually motivate her to start dating him, or at least hook up with him sexually to see where things go from there.

Rather than feeling rejected by her ex and potentially going back to him, even though she’s no longer attracted, she pushes herself to move on from the relationship.

Her ex could have gotten her back if he re-attracted her, but he used a more passive approach (that women use) of going no contact.

4. During the 3 to 7 days of space, you need to rapidly improve your ability to attract her

Don’t just wait 3 to 7 days and then contact her.

If you want her to feel compelled to give you another chance, you need to attract her in ways that are important to her.

What you need to change will depend on who you are, what mistakes you made in the relationship and what she really wants from a guy (e.g. she wants a guy who is more of a challenge, but you’ve been too nice or neutral).

So, here are some changes that your ex might want to see, in order to feel attracted to the new and improved you:

Once you’ve prepared yourself to re-attract her, you are then ready to call her and begin getting her back.

5. Before giving her up to a week of space, it’s best to let her know that you accept the breakup, wish her the best and say that she is always welcome to contact you as a friend 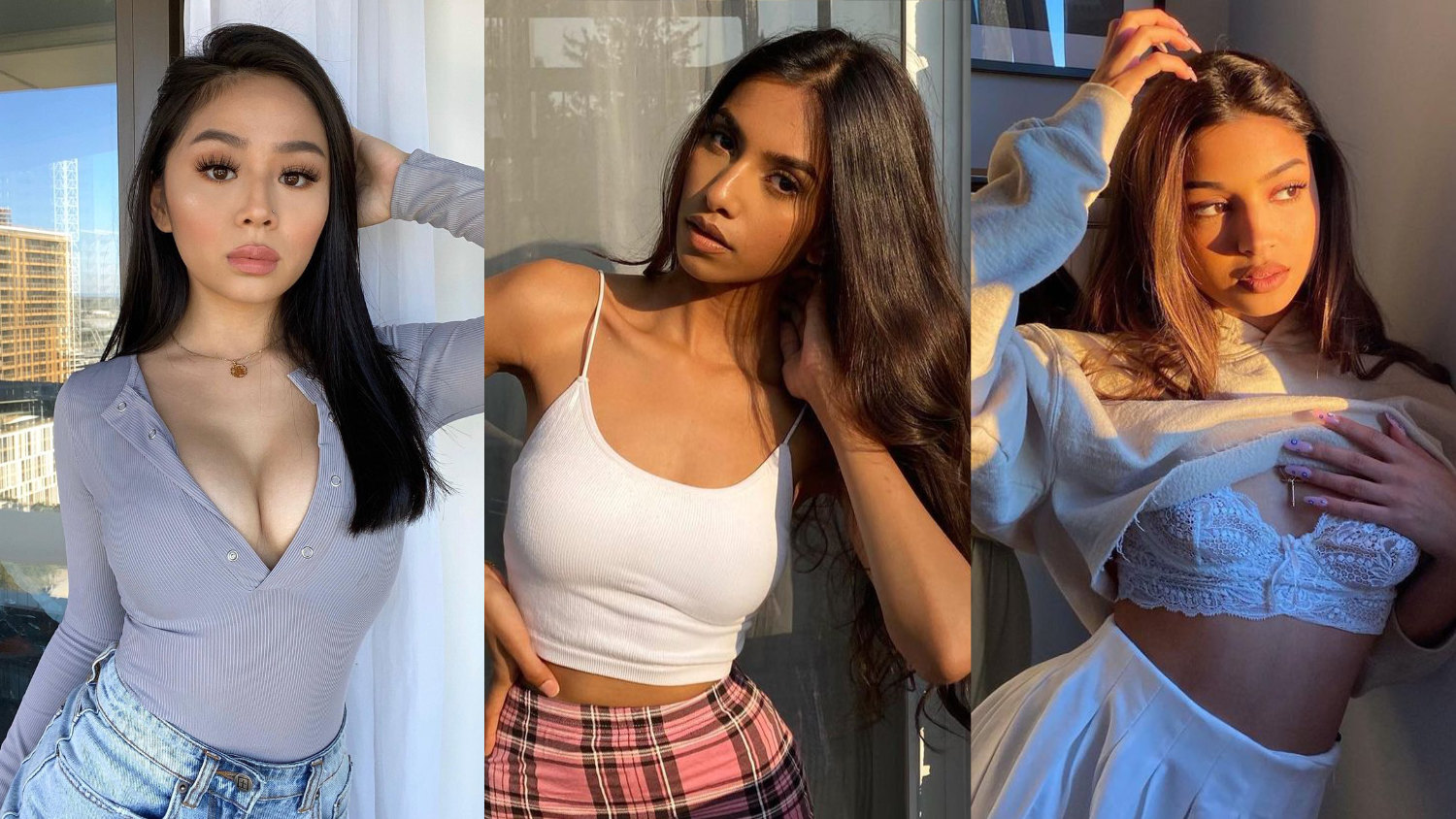 That way, she will feel more confident to contact you if she gets the urge to do so.

This is important because a woman will often want to get back with an ex, but be afraid that he’ll reject her (i.e. because he’s not contacting her, so she assumes he is over her, or wants to move on).

Additionally, it also makes her feel like she has lost you for real because you have accepted the breakup.

Then, when you contact her after a few days, or up to a week later, she will be more likely to answer and open up to talking to you.

You can then focus on re-attracting her during the call (e.g. by being confident, using humor, flirting) and get her to meet up with you in person.

6. Understand that many women see long periods of No Contact in a negative light

Most guys who use the No Contact Rule (i.e. ignore a woman who dumped you for 30 to 60 days after a breakup), hope that she will be impressed and attracted to him based on simply not contacting her.

Yet, in almost all cases, the No Contact Rule has the opposite effect, resulting in the woman feeling turned off or not caring and simply moving on.

Why? Some reasons include:

So, don’t assume your ex will be amazed at your lack of contact.

If you want her back, the best approach is to be a man about it and re-attract her.

Take control of the situation, rather than leaving everything up to her and hoping that your lack of contact results in her feeling compelled to get back with you.

In almost all ex back cases, it doesn’t.

What makes a woman want a guy back is attraction and if you can interact with her and attract her in new and improved ways, you will almost certainly get another chance with her.

7. Know that cutting off contact won’t make her forget about the problems between you and her, or the reasons why she left you 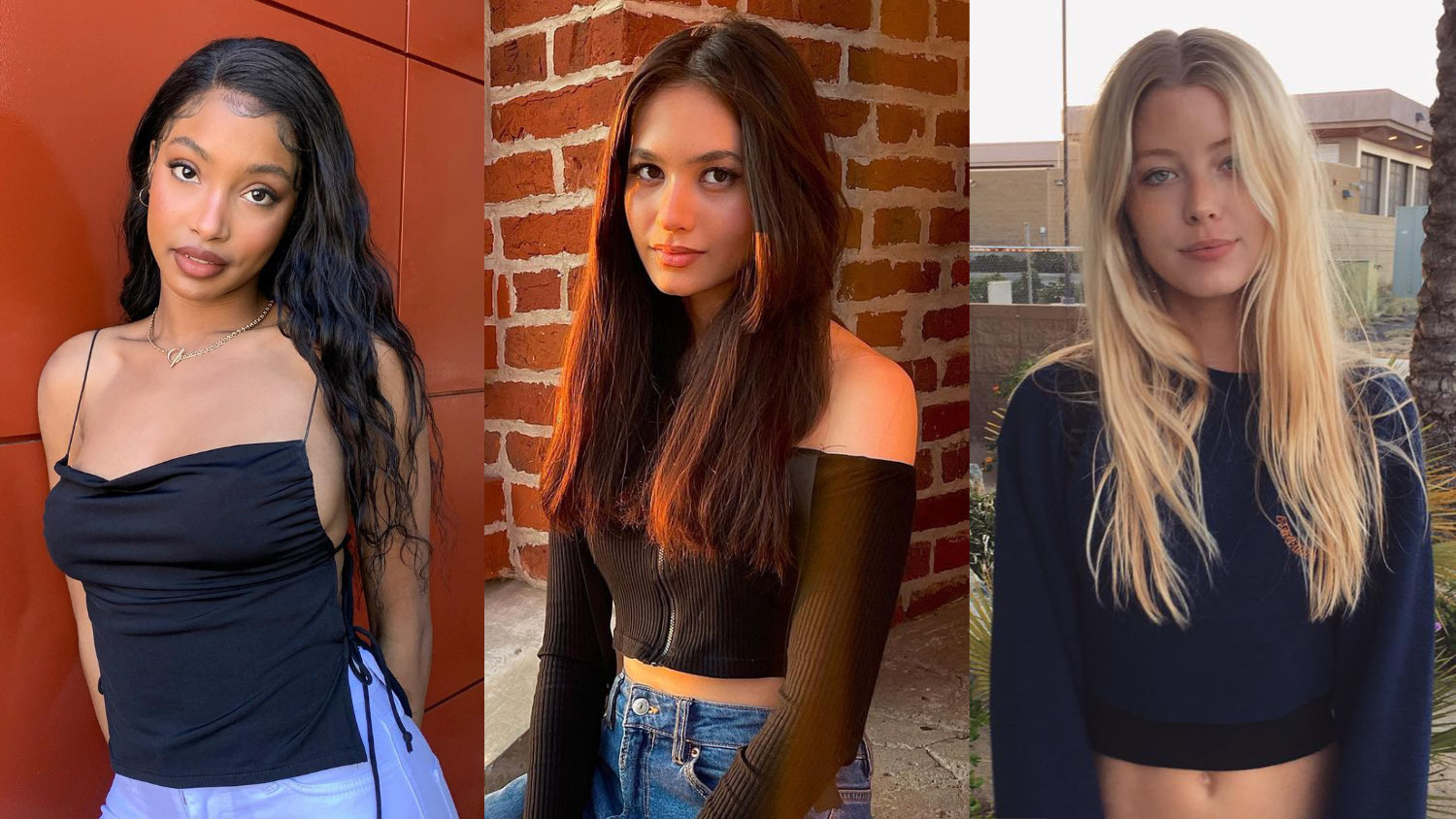 A woman doesn’t forget why she left a guy (e.g. he was too insecure, too jealous and controlling, not manly enough for her, he took her for granted).

Instead, she holds onto those reasons and uses them as motivation to get over him and move on.

This is one of the many reasons why ignoring a woman for weeks or months (i.e. using the infamous No Contact Rule), almost always backfires on a guy.

8. Understand that some women will contact an ex boyfriend who is using No Contact, but not to get him back

The guy can get her back at that point by re-attracting her, but you shouldn’t wait around for your ex to contact you.

You should take control of the situation after a few days to a week, by re-attracting her and guiding her through the ex back process while you still can (i.e. before she fully moves on and settles down with a new guy that she loves).

10. Don’t ever feel unworthy to flirt with her, or hit on her when you eventually contact her

When you contact her, you should flirt with her or ‘hit on her’ like you would a new woman that you’re attracting.

Alternatively, you can flirt with her as though everything is still cool between you and her, like it was when you were happy and in love as boyfriend and girlfriend.

For example: You contact her and she says, “Oh, it’s you. Hi, how you have been?”

Rather than answering in a straightforward manner, flirt with her by saying something like, “Yeah, it’s me. It’s that ex boyfriend of yours that you’ve been missing since we broke up” and have a laugh with her.

Alternatively, “How have I been? I’ve been great, but now I’m even better because I’m talking to my pretty ex girlfriend” and have a laugh with her.

If she has been missing you, then she’ll be glad that you are leading the way by flirting and letting her see that you won’t reject her if she shows interest.

If she hasn’t been missing you, she will be impressed and feel some attraction for the courage and confidence you’re displaying to flirt and confidently joke around with her like that.

On the other hand, if you don’t flirt or ‘hit on her’ when you eventually contact her, you may experience one or more of the following consequences:

So, don’t be afraid to flirt with her and create some new sparks between you and her.

11. Don’t make the mistake of giving her even more space if she never contacts you

Sometimes a guy waits for 30 days to contact his ex and hopes that she contacts him during that time.

When she doesn’t, he then waits for 60 days…and she still doesn’t contact him.

He then assumes that he needs to wait even longer.

Soon enough, she moves on and fully settles down (i.e. meets a guy she intends to marry, eventually gets engaged, married and has children).

So, don’t wait too long.

Get her back now, while you still can.

14 Signs You Could Get Back Together