Should You Accept a Friendship With Your Ex?

So, should you accept a friendship with your ex?

The answer is a big, fat YES.

However, I’m not talking being her nice, innocent non-flirtatious friend who’s just in the friend zone.

What I’m talking about is being her friend because it gives you an opportunity to interact with her because when you interact with her, you can make her feel respect and attraction for you again and she will then start reconnecting with the love. 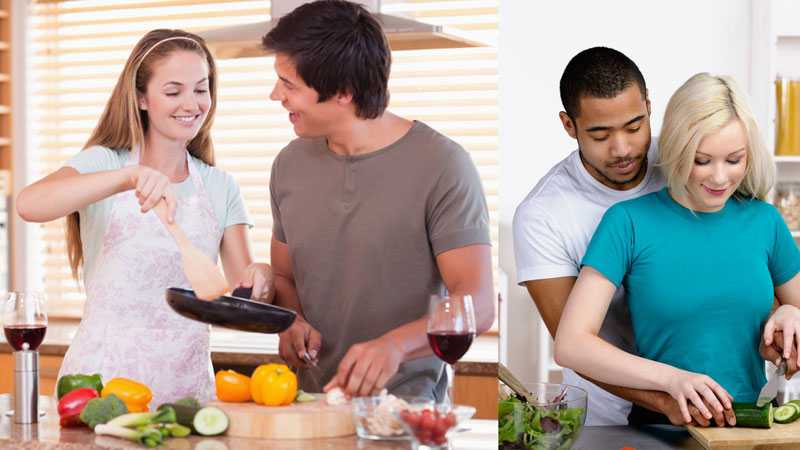 Just know that it’s not going to be a friendship, because you’re going to make her feel respect and attraction for you.

You’re not going to just act like a friend and wait in the friend zone and hope that she gives you another chance.

You’re going to actively make her feel attracted to you again.

What is an example of making her feel attracted to you again regarding the suggestion of being friend?

If a woman says to a guy, “I don’t want to be with you in a relationship, but we can still be friends…are you cool with that?” what the guy can say is, “Sure! We’ll be best friends. We’ll go shopping on Sundays, we’ll gossip on Mondays and we’ll text like crazy on the phone during the week about random stuff. We’ll best friends forever. We can even have a knitting night where we knit some socks and scarves or whatever or I need a new jumper. You should knit me a jumper.”

Turn her suggestion of being non-sexual friends into something to laugh about.

Show her that you know you are worthy and you’re going to make her realize that you’re worthy by making her respect you as a man and making her feel attracted to you rather than accepting a friendship in a way where you’re in the friend zone.

You simply make fun of the idea of you being friend zoned by talking about being her shopping buddy, gossiping on the phone, etc.

You then say to her, “Sure, we can be friends.”

From that moment onwards, you need to make sure that every chance that you have to interact with her is used as an opportunity to re-spark her feelings of respect, attraction and love for you again.

With every interaction that you have with her, she will experience some level of respect, attraction and love for you.

As a result, she will stop looking at you as just a friend or as her ex who she doesn’t have any feelings for.

She will feel good when she interacts with you and will become more open to giving the relationship another chance or just sleeping with you again to see how she feels afterwards. 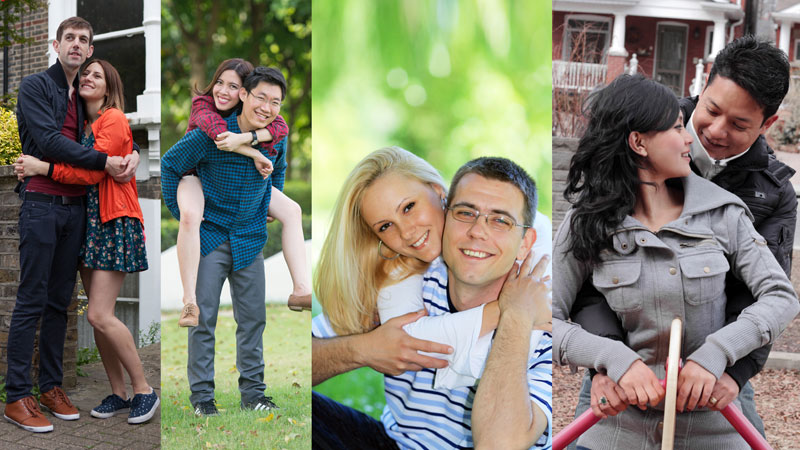 That is how to approach a friendship with your ex.

Don’t make the mistake of being her friend and then acting like a friend who isn’t allowed to flirt with her or make her feel attracted.

You are allowed to flirt with her and make her feel attracted, because there’s nothing wrong with that. You’re a good man. You’re a confident, masculine, loving man and you’re simply doing what is required to rebuild a woman’s respect, attraction and love for you.

Where a lot of guys go wrong when they’re offered a friendship with their ex-girlfriend, fiancé or wife is that they don’t understand that they still have an opportunity to make her feel attracted rather than using the opportunity to be her friend as a way to re-attract her.

Some men will say to a woman, “Look, I don’t wanna be friends. I want to be your boyfriend (fiance or husband) or nothing at all.” He will then turn his back and walk away and he’ll think to himself, “If she really wants me, she’ll come back.” You know that old saying, “If it’s meant to be, the woman will come running back”

The only time that walking away and not looking back will get the woman coming and running back to you is when she really does love you and wants to be with you.

In that case, the woman will regret breaking up with the guy and she’ll begin to miss him. She may then change her mind about only wanting to be friends and ask him for another chance.

Since she loves him so much and wants to be with him, she might even be willing to beg him for another chance.

Yet, if a woman doesn’t respect you, she doesn’t feel attracted to you and she’s fallen out of love with you, she’s not going to come running back if you walk away because there’s just nothing for her to run back to.

So, if you are in a situation with your ex where she doesn’t have feelings for you at this point, turning your back on her and saying, “No, I don’t wanna be friends,” is not a good strategy.

If a guy is in a situation where his woman doesn’t have feelings for him, he needs to make sure that he keeps the channels of communication open so he can re-build her feelings for him.

Texting Her as a Friend

If your ex does want to be friends with you and you’ve got the opportunity to text her, what should you be texting her about?

Well, you should not be texting her about random crap. You should not be saying, “Hey, how are you doing? How was your day?” because that is not going to make her feel respect and attraction for you.

For example: If she texts you and says, “Hey, how was your day today?” you can jokingly reply with something like this, “Really bad. I got run over by a car.”

She’s going to say, “What? What happened?” and you can reply with, “No, only kidding. I’m fine. I had a great day. How about you?”

Transitioning From Friends to Being in a Relationship Once Again

If you want to go from being friends with your ex to being back in a sexual, romantic relationship, you’ve got to start making her feel respect, attraction and love for you again.

If you need specific instructions on how to do that throughout each step of the process, I do have an amazing, proven-to-work program that’s called Get Your Ex Back: Super System. It’s 10 hours of video training and by the end of it, you’ll be ready to contact your ex and get her back.

Being friends with your ex is better than ignoring her, because if you’re interacting with her, you will then have an opportunity to make her feel respect, attraction and love for you again.

What you need to understand is that you have a lot of control over how much respect, attraction and love that she feels for you.

If you’re saying and doing things that are turning her off and making her lose even more respect for you as a man, then there’s no point being her friend.

However, if you are saying and doing things that are making her feel some level of respect, attraction and love for you again, then being her friend is going to work out very well for you. She’s going to start having feelings for you again, her guard is going to come down and she’s going to open herself back up to being in a relationship with you.

Just make sure that you don’t make the classic mistake of acting like a friend when you’re being her friend, for example, not flirting with her, not making her feel attracted, being afraid to joke around, get her smiling and laughing, etc.

You’ve got to use every interaction that you have with her as an opportunity to make her feel some level of respect, attraction and love for you again.

If your girlfriend, fiancé or wife says that she just wants to be friends for now or that she’s willing to stay in touch as friends, take that opportunity and then use every interaction that you have with her as an opportunity to rebuild her feelings for you.

All it really takes in most cases is a phone call to get her laughing and smiling, and then the woman becomes to open to meeting up in person. The guy can then rebuild her feelings of respect, attraction and love for him in person.

This is why I recommend that guys say YES when a woman wants to be friends, because keeping the channels of communication open allows you to interact with her.

When you interact with her, you need to make her feel something.

For example: Get her laughing and smiling when talking to you. Show her that she can’t push you around. Show her that you’re a man that she can look up to and respect. Let her see that you are emotionally strong with or without her. Make her feel good when she interacts with you.

The Secret to Getting Your Ex Back

Guiding Your Ex Back Into a Relationship