What Can a Man Do That a Woman Can’t?

These days, women can do pretty much everything that men can do.

On the other hand, there are certain things that have (up until now) been out of a woman’s abilities, for example:

Even though women have been in the army and navy for many years, there has never been a female Army Ranger or Navy SEAL, but all that is about to change in 2016. According to the Pentagon, women will now be allowed to train and serve as Army Rangers, and qualified women will begin training as Navy SEALs.

Basically when it comes to most things, it seems that these days, women can do everything that a man can do. 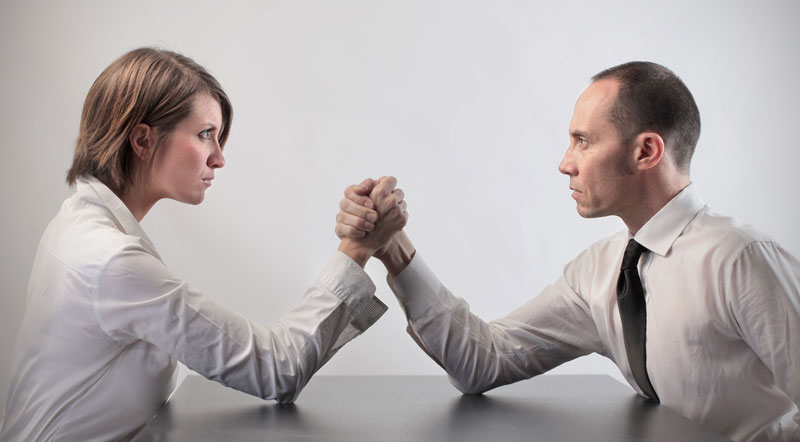 However, no matter how hard they try, there are also certain things that a man can do that a simply woman cannot do.

For example: When it comes to feats of physical strength, endurance and speed, women are still unable to match men.

As yet, no woman has been able to run a 4-minute mile, nor has any woman been able to record an official sub-10 second 100-meter sprint. Although the world record bench press is 722 lb (327.5 kg) for a man, Becca Swanson, dubbed “The World’s Strongest Woman” has only managed to bench press 480 lb (220 kg).

4 Things That Men Can Do, But Women Can’t

While a woman can take on or act out a female version of the following roles if they want to, it’s just not the same as a man doing it:

Depending on certain circumstances (e.g. after divorce or a death), some women have to take on the role of also being strong and masculine like a father, but it’s just not the same for a child as having a man take on that role.

Take for example what happens to boys when their mother (who is taking on the role of a father) gives them advice on dating. A mother will often tell her son, “To get yourself a nice girl, you have to be a gentleman and you have to treat a woman like a princess.”

Although this might sound like good advice from a mother’s point of view, if when the boy grows up and tries to “get himself a nice girl” by being sweet and nice to women, what often happens is he gets rejected and doesn’t understand why.

Watch this video to understand why a woman will usually reject nice guys who expect to be wanted sexually and romantically because they are being a nice, gentleman towards her…

Unless a woman is unattractive and is willing to accept any guy, she’s not going to be looking to be in a relationship with a nice, sweet guy who only makes her experience friendly feelings for him.

Of course, there is nothing wrong with being a nice guy to women, but being nice is not enough for a woman to want get sexually or romantically involved with guy.

For example: If a guy is nervous, insecure and self-doubting (traits that turn a woman off sexually) when he’s talking to a woman that he likes, then she’s not really going to care if he is a nice guy who is paying for all her drinks, or giving her loads of compliments, because she’s going to be feeling turned off by his emotional weakness.

On the other hand, when a confident guy is talking to a woman, who also happens to be a nice guy, she will see his approach as being attractive and charming.

She will feel excited about interacting with him, because she will be feeling sexually attracted to his personality and behavior and at the same time, she will also be feeling good about the fact that he is treating her nicely.

Regardless of What a Modern Woman Can Do, She Still Wants to Be Able to Relax and Let Her Man Take the Lead

Although it’s true that women can now do most of the things that men can do, she still wants a guy to take on the role of being “the man” in the sexual courtship.

Regardless of how tough a woman seems in her day-to-day life or career, when she is with a man, she wants to be able to relax into being a feminine woman.

Being a feminine woman means that she is free to be girly and emotional, rather than having to put on a fake exterior where she becomes masculine and emotional rational like a guy.

To make a woman feel feminine, you need to fully embrace your role as the man. Don’t act like a soft guy in the hopes that it will impress her.

What she wants to see is that you’re not afraid to think, feel, behave and take action like a masculine man. You’re also not like most clueless guys who become neutral around women (i.e. neither masculine or feminine, but somewhere in between).

You give her the gift of experiencing and feeling your masculinity by the way you use your body language, how you think, how you feel, how you talk and how you take action.

You don’t hide your masculinity and instead embrace it. As a result, she can then relax into being a feminine woman around you.

That’s what a woman ultimately wants. She wants you to be emotionally strong enough to approach her, attract her and guide her to kissing, sex and into a relationship.

She doesn’t want to have to take on that role herself, or else she will end up feeling like more of a guy.

Of course, there are some women out there who like to approach men and take on the masculine role (e.g. when a woman is insecure so she acts dominant because she fears being rejected, when a woman is unattractive and has to actively approach and hit on guys or else she will remain single, etc).

Likewise, in some relationships a woman will take on the role of being the stronger one (e.g. he cries when life gets tough, she makes all of the decisions, etc), but that’s not what most women want, because when a woman takes on the role of being “the man,” it’s very difficult for her to then feel respect for him.

When a woman doesn’t fully respect the man that she is in a relationship with, she will begin to lose touch with her feelings of attraction for him (which also means their sex life will be non-existent), and without respect and attraction, the love simply cannot grow, mature and deepen over time.

Essentially, no matter how strong or successful a woman is, in almost all cases, she wants to be with a man who can confidently take the lead when he interacts with her, and who is confident enough to guide her from a conversation, to kissing, to sex and into a relationship.

It’s Not a Competition

When a man asks, “What can a man do that a woman can’t?” it can mean that he thinks men and women are in competition with each other. Yet, we’re not in competition with women. We have a very cooperative relationship that has been working well for a very long time.

It’s actually the differences between men and woman that allows sexual attraction to take place.

That’s how human attraction works, except the forces are masculinity and femininity, rather than positivity and negativity.

When you give a woman the gift of being able to be feminine around you, it’s worth more than buying her 100 boxes of chocolates or getting her flowers every month for 10 years. Making her feel feminine in comparison to your masculinity is the ultimate gift that can last a lifetime, if you do it properly.

Another example of attracting women with your masculinity is to be the more dominant one. Being more dominant doesn’t mean that a woman is less important, less intelligent, less capable or that her opinions don’t count.

It’s simply about being the emotionally stronger one and not letting her push you around or take control of everything because you are afraid of losing her. All women instinctively test men in relationships (e.g. by throwing tantrums) to see how he reacts.

If he almost always reacts with anger, becomes insecure or crumbles under her pressure, then she knows that she’s not with a real man.

A real man knows that women throw tantrums to test whether she should continue looking up to him as her man or not. If he can’t handle her tests, then she instinctively feels as though he’s probably not strong enough to handle challenging people at work or in other areas of his life.

Women want to feel safe by knowing that they are with a guy who can remain emotionally strong and remain in control of his emotions no matter how much he is challenged.

Whether some guys like it or not, women know that it’s a man’s duty to be rising through the levels of life and to be reaching for his true potential as a man. That is what a real man will do, and that is what makes a woman feel respect and attraction for him.

It’s not up to a woman to rise through the levels of life to make her man feel safe. She can do it if she wants to, but she knows (and so does pretty much every other woman on the planet) that it’s not her role in a relationship with a man.

Even when a woman is strong, powerful and successful in life, she still needs to feel that she is a feminine woman in her relationship because she is with a masculine man.

If her man is unable to make her feel feminine in comparison to his masculinity, the sex will dry up and a break up or divorce will be a near certainty.

Ultimately, no matter what women can do that men can, women still want to be able to feel feminine around men.

As a man, you are the man. It doesn’t matter how much a woman acts like she is tougher, braver or more masculine than you are, she doesn’t actually want you to believe it and bow down at her feet.

No matter what women do in society, always remember that you are the man. Don’t lose your way with that.

You are the man and there’s nothing that a woman can do that will change that.

What Age is a Man at His Physical Peak?