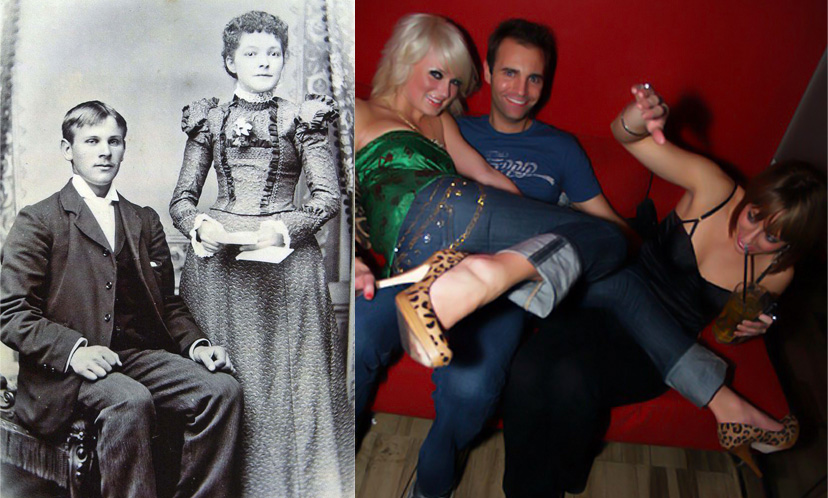 You may have noticed that women have become a lot more confident and dominant these days; sometimes even behaving like MEN. Here is my take on why this is happening in our world today…

For 99.9% of human history, a woman’s primary role in society was generally about supporting her man by cooking, cleaning and taking care of the children.

Women had fewer rights than men, they usually had no money of their own and lived in a society where the man was KING. Women had a CLEAR role and were expected to behave like WOMEN.

Oh, how times have changed.

Women now have a much more COMPLEX role to play in society and are often expected to behave like MEN in certain situations. Life is not the same as it was for your grandparents and it will probably never go back to being like that either. Why?

1. Modern women can take on leadership positions in society: Some of the jobs that women do these days require them to THINK and ACT like men (e.g. CEO of a company, leader of a team, etc). If she can’t do that, then she doesn’t get offered the job.

To succeed in the modern environment, women have had to CHANGE and become more confident, strong and alpha. Outside of the work environment, these women still wanted to be treated like women, but many men make the mistake of feeling intimidated around them. Such women find it very difficult to find a guy who isn’t afraid of her.

2. Modern can spend large amounts of money on whatever they feel like: In the past, most women relied on the wages of their husband and couldn’t spend the way they do today.

Having their own money has given modern women a HUGE feeling of independence and has completely changed how they treat men. Instead of being a good woman to hopefully get rewarded with a gift, she can now be annoying bitch (if she wants to) and then go buy her own things at the mall.

3. Modern women don’t necessarily need a man all the time: In the past, a woman needed a man to provide food, shelter and protection. Not anymore.  She can rent/buy their own place and go to the supermarket to get their own groceries.

Most women feel comfortable walking around their city/town without a man to protect them because we now have working police and court systems that keep most people in order. Some female pop singers really push this message hard and end up influencing modern women to be colder and less loving towards men.

Pussycat Dolls:“I don’t need a ring around my finger to make me feel complete…you know I got my own life…and I bought everything that’s in it…”

Beyonce Knowles: “You must not know about me. I can have another you in a minute. So don’t you ever, for a second, get to thinking that you’re irreplaceable…”

5. Modern women can have their own career dreams: In the past, women were expected to support the dreams and goals of their husbands. Now, they go after what THEY want…like MEN do. Do you have a life purpose and are you following through on it like a confident, alpha male? Or, are you stepping aside to let women run the world and hoping to meet a woman who will wear the pants in your relationship?

6. Modern women can get in and out of relationships until they are ready to settle down: In the past, if a woman had sex a man before she got married, she would be considered a slut. Families would come and check the bedsheets the night after the wedding and check if there was blood from the woman losing her virginity.

However, it is now socially acceptable for women to have relationships with many guys before they settle down into marriage or a lifetime relationship. In fact, it is ENCOURAGED (often by the woman’s family!) and seen as NORMAL, because the society that you and I live in has CHANGED.

Women Have Changed, But Have You?

Culture is fleeting. What is SO important to people in one decade is laughable to the next generation. In 1920, it was taboo for a woman to wear a short skirt and if she did, she would be considered a slut and her parents would angrily tell her to get changed into something more “ladylike.” They were VERY serious about it back then, but times have times.

Times always change and what you might think is the ONLY way to be, will change in 20 years time. It always has and it always will be. Why? We are living in a seemingly infinite universe and we’ve only just opened our eyes as humans.

Our story is only just beginning. Having the ability to constantly ADAPT to the changes going on in YOUR world is one of the keys to success with women and in life. As I’ve just detailed, one of the CHANGES in YOUR WORLD is that women have become more powerful, confident and independent.