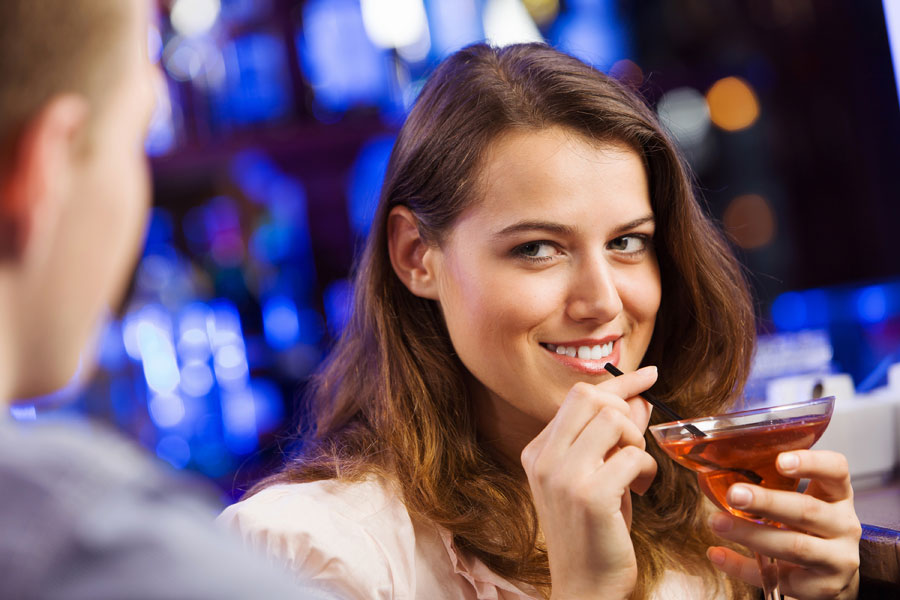 Things to Ask a Woman to Get Her Interested

Guys who are looking for examples of things to ask a woman to get her interested are really looking for tips on how to get to know a woman as more than a friend, right?

If you want to get a woman interested in you in a sexual way, you’ve got to make sure that you make her feel sexually attracted to how you are interacting with her.

As you will discover from the video above, many guys don’t realize how easy women are to attract and pick up.

Based on this misunderstanding, guys often try way too hard to impress the woman, which then turns her off and makes her play hard to get.

If you want to talk to a woman in a way that gets her interested, you’ve got to believe in yourself. You have to know that you are good enough for her and then talk to her based on that level confidence in yourself.

Yes, she will most-likely test you by acting like she isn’t interested at certain points of the conversation, but she is hoping that you remain confident in yourself. She doesn’t want you to crumble under pressure.

Classic Conversation Mistakes to Avoid When Talking to Women

Although it’s great to have a list of questions that you can use when talking to a woman, make sure that you don’t…

1. Don’t turn it into an interview

Carefully working through a list of prepared questions can turn a conversation into an interview-style question and answer session, which is not going to make a woman feel relaxed in your company.

Unless she’s feeling relaxed around you, she’s not going to feel comfortable enough to let down her guard and be herself around you, meaning you’re not going to get to know her any better as a result.

Relaxed conversations aren’t structured and there’s no running order of topics to be discussed. A normal conversation bounces backwards and forwards between two people and the direction it goes in depends entirely on the responses and reactions of each person in each moment.

Attempting to work through a list of questions makes it impossible to have a natural, free-flowing conversation with a woman and if she feels she’s being interviewed, she’s going to keep her answers brief and business like.

Following on from the above, if you’re focused on working your way through a list of questions to ask a woman during a conversation, you’re going to come across as being overly formal.

Let’s be honest, carefully reciting a list of scripted questions is not going to let your personality shine through, is it?

There’s also the danger that you’ll be so busy trying to remember the next question on your list that you won’t actually be paying any attention to the answer she’s giving to the question you’ve just asked.

Being a good conversationalist means being able to listen as well as talk, and it’s only by listening to what a woman says that you can actually get to know her, right?

If you drop the formality of asking questions and you relax into just listening and responding to what she’s actually saying, you’ll find a natural getting-to-know-a-woman conversation will evolve effortlessly from there.

3. Don’t pretend to be someone you’re not

For some guys, looking for a list of things to ask a woman to get her interested can also be a way of attempting to hide their insecurities behind a “fake” confident front.

If a guy is worried that a woman might find him boring and uninteresting, he might attempt to make himself seem more fun by downloading some jokes or funny stories from the internet. However, if it’s a story that doesn’t reflect who he really is, the mismatch between the words he’s saying and the body language he’s displaying will make him come across as a fake.

Nobody likes a faker! If a woman senses that a guy is pretending to be someone he’s not, she’s not going to feel comfortable enough to let her guard down and be herself around him.

Trying too hard to be liked by a woman in an effort to get to know her better can lead to being super nice and overly desperate to please her.

This might mean hanging on her every word and going along with everything she says, but behaving this way will not make a woman like you more, in fact, it’s more likely to turn her off completely.

Women are attracted to confident guys who are secure in who they are and what they’ve got to offer in life, making them genuine guys who can be trusted to always remain true to themselves.

A guy who goes along with everything she says and continually pays her compliments can come across as being insincere at best and weak, wimpy and desperate at worst. Either way, these are not traits that will make her warm to you and feel at ease in your company.

4. Don’t make it all about you

Pretending to be someone you’re not in an effort to impress a woman is an approach that will backfire. Women are experts at reading body language and if you show yourself to be putting on a fake front, they’ll see right through you.

Instead of faking it, take the pressure off by remembering that a conversation should flow backwards and forwards between two people – it’s not all about you!

Guys who lack confidence around womans like the idea of having a list of things to ask a woman to get her interested because it means they won’t run out of things to say.

However, the fear of an awkward silence can also lead to a guy talking too much – and going on and on about himself. Nervous chatter will not turn her on and make her want to get to know a guy better, it will make her want to get out of the conversation as quickly as possible.