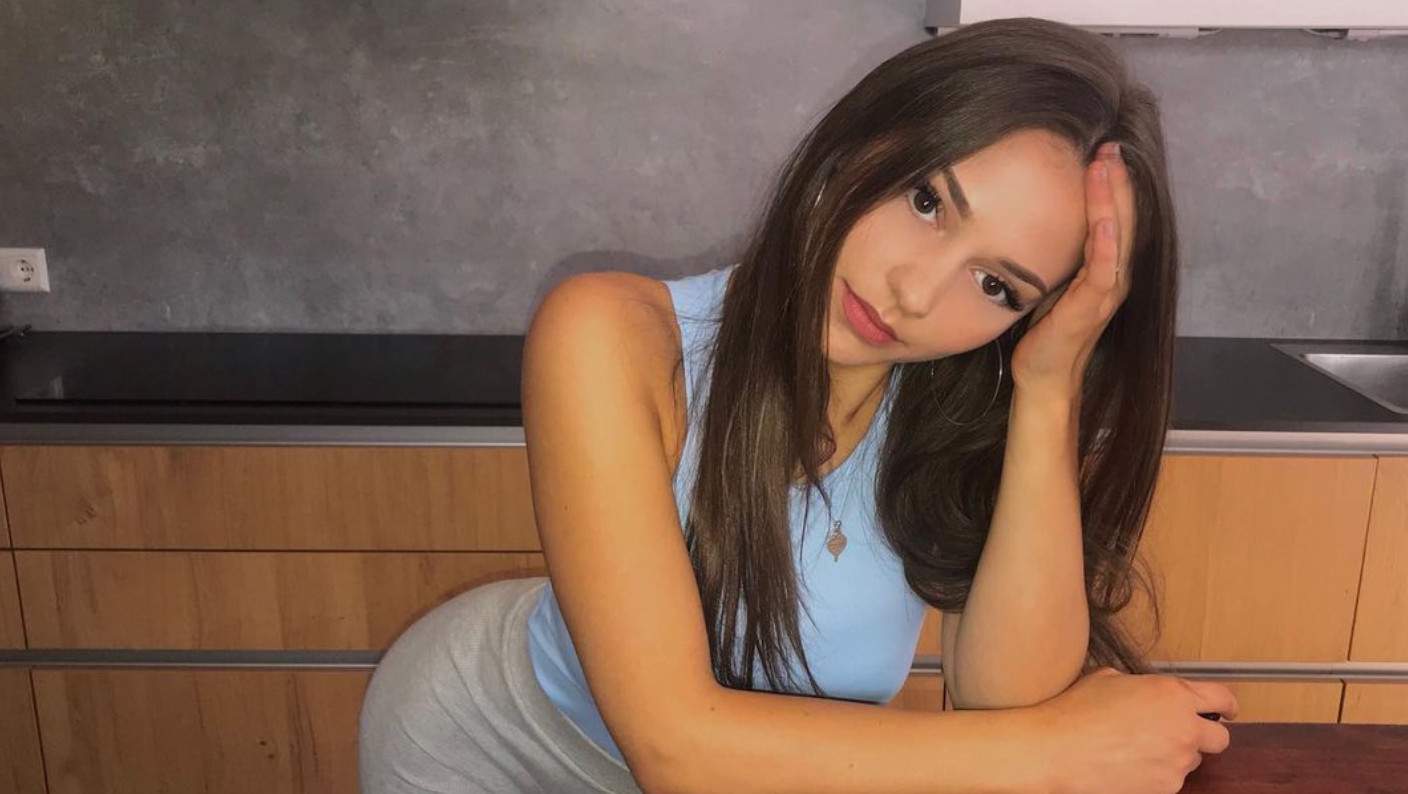 11 Tips on How to Stop Being a Crazy Ex Boyfriend

If you’ve come to the realization that you’ve been behaving like a crazy ex boyfriend, but you still want her back, then you have an opportunity to turn things around now and get her back.

Here are 11 tips to help you calm down, refocus and then re-attract her in a way that will work:

1. Understand that most people behave out of character when they are dumped by someone they love

Some people will say, “Oh, just give it time” or, “Cut off contact. Be strong. You will get over it eventually,” because they’ve never really been through a serious breakup, or because they really don’t care much about what you’re going through.

Yet, if they were dumped by someone they truly loved, it would be a different story.

Suddenly, they would find themselves behaving out of character due to the shock of being dumped by someone they loved.

In fact, divorce or breakup is listed as the second-highest stressful life event a person can go through, with the death of a loved one taking first place.

So, it’s understandable that a person can go a little crazy after a breakup.

Additionally, according to Helen Fisher, Ph.D., a biological anthropologist at Rutgers University, the body goes into withdrawal after a breakup.

Essentially, it is similar to the withdrawal symptoms experienced when recovering from drug addictions such as nicotine or cocaine.

It’s the withdrawal from the drug that was their ideal partner and the love they offered.

This explains how a guy can end up acting like a crazy boyfriend when he gets left behind.

Yet, there’s an evolutionary reason behind it.

If the brain simply accepted a breakup without a fuss, the human race would have faded out of existence ages ago.

According to Fisher, “The brain is designed to try to win this person back.”

So, don’t beat yourself up for acting like a crazy ex boyfriend since your breakup.

Your brain is actually doing what it’s supposed to do (i.e. motivate you to get her back).

2. Forgive yourself for behaving out of character

This is very important because if you don’t, it could lead to the following problems:

3. Know that you won’t lose her if you know how to re-attract her

It makes a woman want to forgive a guy and makes reconciliation possible.

On the other hand, how much a guy apologizes, or declares his love for her, doesn’t matter to a woman if she’s not feeling attracted to him.

This is why you absolutely must focus on making your ex girlfriend feel attracted to you again first, so she wants to forgive you for being a crazy ex boyfriend and give the relationship another chance.

Attraction comes first and everything else flows on naturally after that.

So, the next time you interact with her, ask yourself:

Am I confident and emotionally strong around her, regardless of how little interest she shows in me, or do I become insecure and unsure of myself if she’s not making it obvious that she wants to get back together?

The more attracted you make her feel, the less chance there is of losing her.

4. Interact with her again, create a spark of attraction, tell her that you accept the breakup and then get her to agree to be just friends

A woman is more likely to agree to that if she’s feeling attracted again because she doesn’t want to make a mistake and end up regretting it later on (i.e. she decides to move on and never finds another man who can make her feel attracted the way that her ex can).

That’s why you’ve got to make sure that you act, talk, behave and treat her in ways that turn her on rather than turn her off.

For example: A guy will ruin an ex woman’s attraction prior to attempting to get her to agree to be friends, by…

Then, after suggesting they remain friends, he ruins her feelings of attraction by…

5. Let her know that she is welcome to contact you as a friend and then give her a week of space

When you do that after re-attracting her, it automatically changes her perception of you.

Firstly, it proves that you’re no longer being a crazy or needy ex boyfriend.

You are past that and are now a lot more emotionally mature and balanced man, so she doesn’t have to feel threatened or annoyed anymore.

Additionally, because she feels attracted to you again and you’re not pushing her for a relationship, she starts to feel drawn to you again.

She worries about walking away and regretting it later on.

As a result, she is more likely to contact you to say “Hi” and see what happens from there (i.e. will you continue re-sparking her feelings, or will she realize that she made the right decision to break up).

Of course, she might also wait for you to contact her again (e.g. because she doesn’t want to make it easy for you to get her back, she worries you might reject her now).

This is why it’s important not to give her too much space.

Up to a week is fine.

However, more than that and you stand the risk of her assuming you’ve moved on, so she hooks up with another man to make herself feel better.

6. Stop looking at her social media and only focus on yours

It doesn’t matter what she’s doing right now (e.g. having fun with other people, going on dates).

What matters is what you’re doing.

You need to prove to her (without using words) that you’re no longer being a crazy ex boyfriend and the best way to show her that is through your social media pages.

For example: If she sees that you’re having fun with other people and enjoying life (e.g. going to parties, clubs and bars, pursuing a new hobby or interest, joining a meetup group in your area), it will be easier for her to accept that you’ve stopped being so obsessed over her and the breakup.

So, take your focus off her and use your time effectively to update your social media with photos of you looking happy, relaxed and having fun with other people.

Important: It must be photos of you with other people and not alone, regardless of how attractive you look in a photo by yourself.

Only when she sees that you are interacting with other people will she be able to relax her guard a little bit (i.e. because she can see that you’re not obsessing over her anymore).

She then feels more comfortable when interacting with you (i.e. because she is not worried about you acting crazy), making it easier to re-attract her and get her back.

7. Use the time apart to level up your ability to make her feel sexual and romantic attraction for you

For example: Some of the ways you can do that are…

These are just a few of the ways you can level up to make your ex feel sexual and romantic attraction for you again.

8. Prepare yourself to use a more attractive communication style

For example: Some things that a guy might say, which would be unattractive and push an ex girlfriend away are…

On the other hand, a few examples of a guy who uses an attractive communication style are…

When you change your communication style your ex will naturally start to see you in a new more positive light, rather than as her crazy ex boyfriend.

9. Contact her, interact with her, create sparks of attraction and let her sense that you’re not trying to get a relationship

A guy will usually come across as a crazy ex boyfriend because he is desperately trying to make his ex woman change her mind and give him another chance right now.

So, when you contact your ex, make sure that you focus on talking to her in a confident, charming and relaxed manner and let her sense that you’re not pushing for a relationship.

Instead, you’re just interacting with her and she’s feeling sparks of attraction for you again.

As a result, she will naturally start to feel drawn to either getting back into a relationship with you, or hooking up with you again sexually to see how she feels afterward.

10. If she seems open, invite her to catch up for a coffee or bite to eat

If she doesn’t seem open, let her know (again) that you accept the breakup and wish her the best, but are open to catching up for a coffee if she changes her mind sometime in the future.

Make sure that you say this in a confident, relaxed manner (so she can see you’re not being needy or desperate) while you continue building her feelings of attraction (e.g. by making her laugh, being playful and flirtatious).

On the other hand, if she says yes to catching up, make the necessary arrangements.

Then, when you see her in person…

11. Re-attract her further at the meetup and establish a new relationship dynamic that appeals to her

For example: In a case where a guy has been needy, clingy, jealous and controlling in a relationship; a new relationship dynamic would be where he is confident, relaxed and loving, but also emotionally independent.

In other words, he treats her well and makes her feel special, but also takes time to focus on himself, his goals and interests and to spend time with his friends without her.

When you establish the right relationship dynamic with your ex, everything changes naturally and easily.

She stops looking at you as her crazy ex boyfriend and starts seeing you in a new more positive light.

You can then get her back and make the relationship even better than it was before.

Should I Reply to My Ex’s Texts, or Ignore Her?

11 Best Tips For Getting a Marriage Back Together