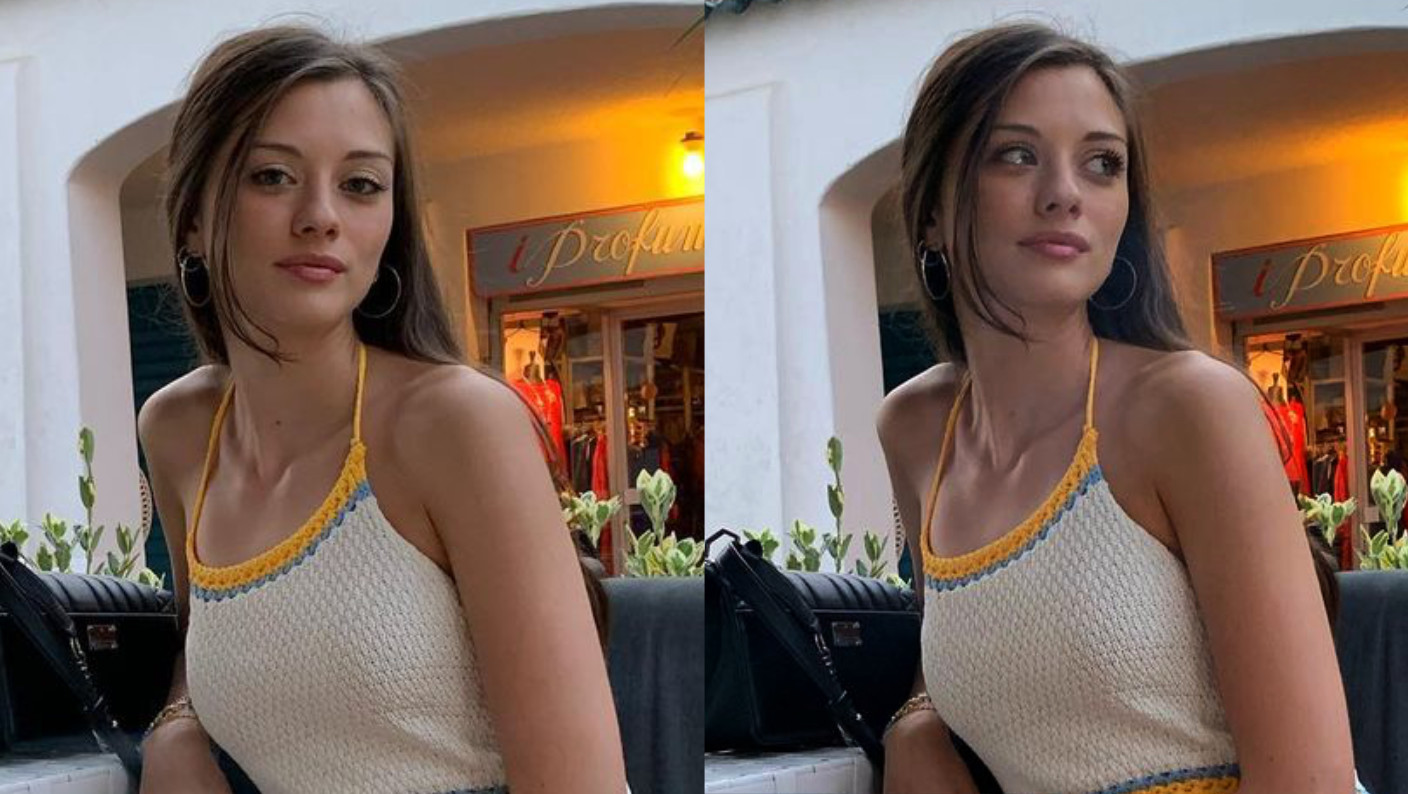 It is possible to get a good reaction from a text like, “Hey, I just thought I’d get in touch and say hi and see if you’re doing okay. How are you?”

Yet, the text can also turn into something that pushes her away even further.

For example, here’s where a lot of guys mess up when texting an ex girlfriend to see how’s she doing…

1. Behaving like a friend who just wants to ‘be there’ for her

It’s always important to remember that a friendship between a man and a woman, is completely different to a boyfriend-girlfriend relationship.

Apart from the obvious things like having sex and being a couple, the main difference between being boyfriend-girlfriend and ‘just friends’ is a strong, sexual and romantic spark.

A sexual and romantic spark is what changes things and brings a man and a woman together into an actual boyfriend-girlfriend, or husband-wife relationship.

Additionally, just being friendly does not create that spark.

Think of nice guys who get rejected, friend-zoned and overlooked by girls.

The guy thinks he’s doing something better than other guys who are all just jerks, or only want one thing from the women (i.e. sex).

Yet, the woman doesn’t feel attracted because niceness and friendliness are not what makes a woman turned on.

Instead, it just makes her feel as though there is no spark and the guy is just a potential friend, someone to overlook, ignore or someone she can use.

So, when a guy is just ‘being there’ for his ex girlfriend by acting like a nice, neutral friend, he won’t be creating the all-important spark.

Instead, she will almost certainly only experience friendly, neutral emotions for him and as a result, will assume that there’s just no spark between them anymore and therefore, getting back together as boyfriend and girlfriend wouldn’t be enjoyable for her.

She will then begin to look at her ex as a guy that she is now only friends with, but doesn’t have feelings for.

In most cases, the guy won’t understand what is going on.

He will be hoping that if he continues to ‘be there’ for her as a good friend, she may eventually change her mind and want him back.

What often happens though, is that she continues texting back and forth with him, but secretly pushes herself to move on behind his back (i.e. by dating and sleeping with new men).

Then, she either loses interest in texting him, or suddenly lets him know that she’s found someone else and either can’t text with him anymore (i.e. because she doesn’t want to mess things up with her new guy), or wants him to be clear on the fact that they are only friends now.

He then feels rejected and heartbroken once again.

Despite how nice, generous and kind he was to ‘be there’ for her, another guy has come along and is now building a sexual, romantic relationship with her.

So, if you want your ex girlfriend back, don’t make the mistake of pretending to only want to be her friend via text.

It’s fine to be friendly, but add in flirting and other natural attraction methods (e.g. be a playful challenge, be assertive in a loving way, make her feel girly in comparison to your masculine approach to the interaction, or compared to your manly behavior), so she feels sexually attracted to you as well.

By flirting with her (e.g. she texts you and asks, “Hey, what are you up to?” and you reply, “Texting with my hot ex girlfriend…why?”), she knows that you are still open to something sexual, without you having to spell it out.

Likewise, if she texts to ask, “Do you miss me?” you can flirt by replying with, “That’s a funny way of saying you miss me” and add in a laughing emoji.

The reason why that kind of text is considered to be flirting, is that flirting is about showing attraction and interest, but in a playful way.

It’s also about subtly reading a woman’s interest in you and subtly letting her know that you are picking up on it.

For example: If you’re interacting with a woman in person and she touches your arm or leg a couple of times within a minute or so, or rests her hand on the top of your thigh when saying something to you.

You smile, look down at your arm and look back at her with a raised eyebrow, to let her know that you are aware she’s trying to show interest by touching you.

Women love that type of flirting communication and want more of it when they experience it with a guy.

Most guys don’t get flirting and after being in a relationship with a woman, they simply talk to a woman in a straightforward manner like they would a guy.

As a result, the couple starts to feel more like buddies.

In most cases, the guy will still love her very much and feel attracted to her, but his attraction will begin to change and reduce month after month, until he also begins to see her more like a buddy than anything else.

For the woman, she may still love him also, but will stop feeling a strong urge to be with him sexually, compared to how she did when the spark was alive.

She will also stop thinking about him all the time and begin focusing much more on other things (her phone, friends, exercise, TV, family, work), which will make them begin to drift apart as a couple.

So, don’t be afraid to include flirting in your texts and don’t forget to include it.

Flirting is essential for keeping the spark alive between a man and woman and preventing them from feeling like just friends.

When she is feeling attracted to you as a boyfriend, rather than as an ex who just sees as a friend now, she naturally then begins to miss being with you.

You can then get her back so much more easily.

2. Talking about his own feelings in the text and then asking her about hers

When a guy talks about his feelings, it usually causes an ex woman to feel annoyed and assume that he’s being needy, insecure or selfish.

The reason why is that, in most cases, a woman will have broken up with a guy for reasons that he still doesn’t understand (e.g. he wasn’t manly enough in his behavior, thinking, actions or attitude).

Yet, he’s now expressing his feelings for her, which makes him seem like a bit of a sissy, or like the relationship is one-sided now (i.e. he loves her and wants her, but she doesn’t feel the same way).

Women don’t like being in a one-sided relationship, where the guy is way more in love, or in need of her, than she is of him.

Some women put up with that in a relationship, but after a breakup, it’s definitely not appealing.

So, don’t go to her with your feelings and try to win her back by being soppy, emotional or wanting to discuss her feelings.

If she currently isn’t interested in you (i.e. you haven’t yet re-attracted her), she’s not going to feel motivated to discuss her feelings with you.

She may even feel as though it’s none of your business anymore, because you’re not her boyfriend and are almost like a stranger to her now.

If you want her to see you as her boyfriend, you have get the sexual and romantic spark back.

When you do that, it becomes in her best interests to interact with you and get back with you.

She realizes that, if she doesn’t get back with you, she will miss you, regret it and feel left behind if you move on without her.

3. Writing too much in your texts

Texting an ex girlfriend is fine, but just use it as a way to get to a phone call (audio or video), or at least transition to voice text messages.

Women don’t like it when men type up huge text messages, or send them long e-mails because that’s what women do when they’re feeling emotional and need to rant.

Sending long, detailed texts is also not attractive to women because it makes a man seem as though he’s all about his feelings and is way more into her than she is into him.

A woman wants to experience the excitement, rush and thrill of being more into you than you are into her.

When you create that dynamic, she then has to turn on her charms, be nicer to you and be more seductive and attractive, in order to maintain your interest.

That is exciting for a woman and guys who are able to do it, are the ones that a woman lusts after and yearns to be with.

So, if you’re going to text her, keep it brief and then take things to the next step.

Don’t get stuck at just texting with her, because that will almost certainly lead to a fizzle out of her feelings and she’ll then go cold.

Alternatively, she’ll keep texting with you, but will secretly be moving on behind your back.

Soon enough, she’ll tell you that she has met someone else and can’t text with you anymore because he might get jealous, or doesn’t want to because she’s happier with him.

Longing For an Ex Girlfriend Who Dumped You: 8 Reasons Why