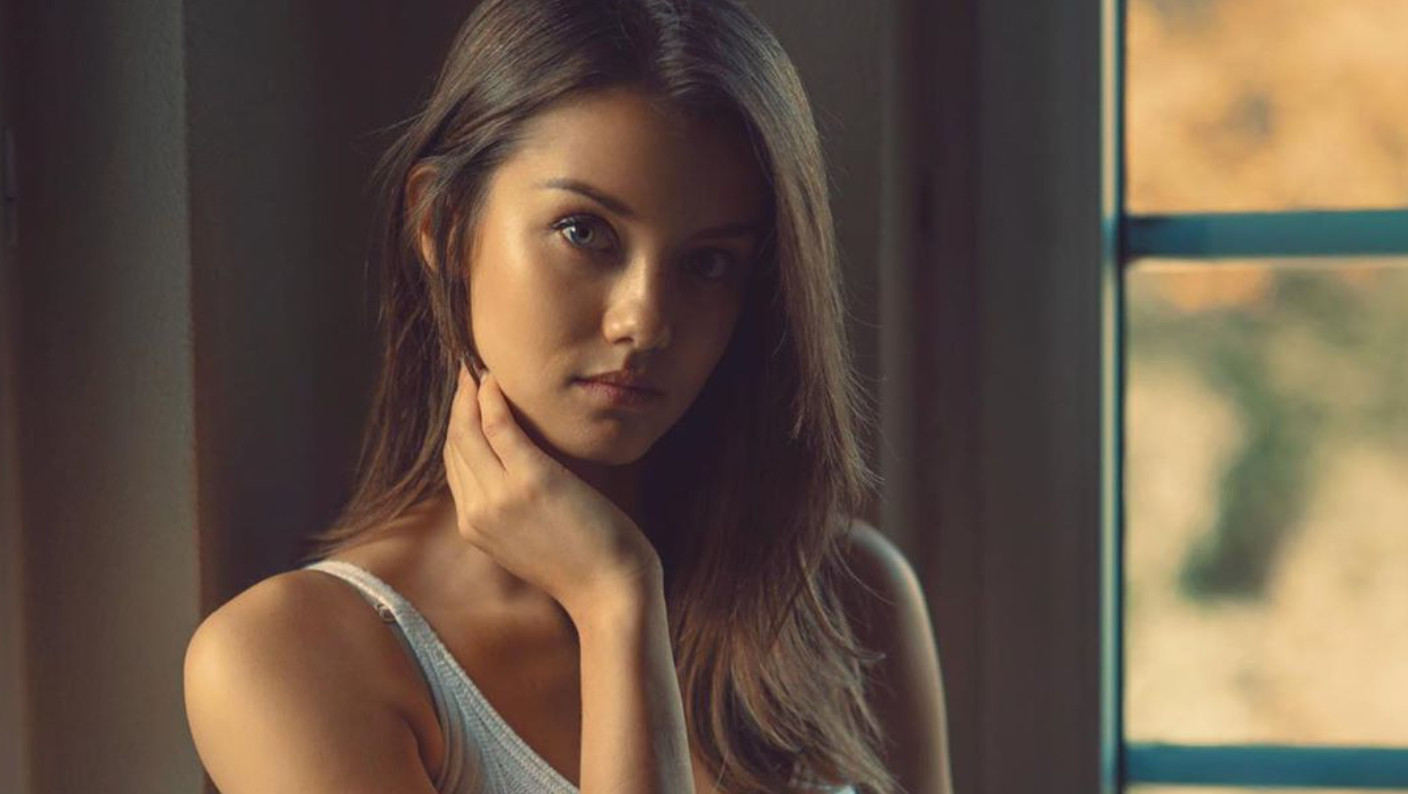 If you got dumped out of the blue, here are 9 ways to deal with it and either get her back, or move on.

It can cause you to act and behave in unattractive ways (e.g. beg and plead with her to change her mind, lose control of your emotions and possibly even cry, make promises to do whatever she wants to make her happy), which will turn her off even more.

Panicking can also make you think that it’s truly over and there’s no way to get her back.

Yet, you can get her back.

Some reasons why include:

This is why, it’s best to focus on how to get her back, rather than panicking and focusing on the dread of losing her forever.

2. Tell her that you accept the breakup and she is welcome to contact you if she ever wants to

For example: You can say, “Even though the breakup came as a shock to me, I want you to know that I totally accept your decision. I’m not going to turn into one of those whiny, emotional ex boyfriends who is constantly crying and begging for another chance. It’s over and I accept that. However, that doesn’t mean we can’t still be friends. So, if you ever feel like you want to contact me to just say hello and have a chat as friends, don’t think I’m going to ignore you, be rude to you, or anything like that. After all, we are both mature adults.”

Saying something like that to her can re-spark some of her feelings of respect and attraction for you because:

Additionally, it makes it easier for you to re-attract her, because it’s not so awkward when you text or call to say hello as friends.

3. Quickly change the things about you that were turning her off

Examples that may apply to some guys are:

These are just a few examples of the changes that a woman might want to see in a guy, to feel motivated to give him another chance.

This approach annoys most women and turns them off.

So, if you want your ex to change her mind about dumping you, the best way to go about it is by using interactions to re-spark her feelings.

Only when she’s feeling attracted to you again will she be able to appreciate how you feel about her.

5. Don’t cry or seek pity from her

Seeking pity rarely (if ever) works on a woman who has decided to dump a guy out of the blue and move on.

Rather than feel guilt or regret about how she treated him, it often causes her to close up even more.

She sees the crying and seeking pity as a desperate attempt to manipulate her into giving him another chance.

So, even though the guy might be a good guy, has good intentions and is just expressing his pain at what happened, a woman usually won’t see it that way.

She will see it as emotionally immature, manipulative and even selfish (i.e. because he’s only thinking about himself and what he wants, rather than how she feels and what she wants).

As a result, she feels even more turned off and motivated to move on and find a replacement man as quickly as possible.

So, don’t bother trying to make your ex feel pity for you as your way of getting her back because it will most likely backfire.

Instead, just focus on reawakening her feelings of respect and attraction, so she naturally feels drawn to you and becomes open to giving you another chance.

6. Contact her after a few days, re-attract her and suggest catching up to say hi

Giving a woman a few days of space (between 3 and 7) after a breakup is often a good idea.

It allows for things to settle down between you and her and the initial shock of being broken up, to wear off a little.

It also gives her a chance to miss you a little bit (e.g. when she finds herself alone at night without the distraction of work, university or friends and she remembers how you used to cook dinner together, or watch TV and so on).

As a result, she will likely be a lot more open to talking to you when you do contact her after a few days.

That’s a good thing because it makes it so much easier for you to re-attract her (e.g. by making her laugh and smile, being playful and flirtatious, teasing her in a ballsy way).

Then, when she feels drawn to you again, you can say, “Hey, it’s good to see that we can still be friends after what happened. Let’s celebrate this new phase of our relationship together (i.e. being friends) by catching up to say hi. We’ll each pay for our own coffee, to symbolize that we are only friends now. So, which day suits you best?”

Even if it is reluctant at first (most women are because they don’t want to come across as easy), just remain calm and confident.

In most cases, when she sees that you’re not becoming desperate or anxious, a woman will usually say “Yes.”

Then go ahead and make plans with her to meet up at a suitable place and time.

7. Use flirting to build up sexual tension and then get to a hug and kiss

Flirting is one of the best ways to break down the walls between you and your ex and get the sexual juices flowing once again.

Women love it when men flirt because it’s fun and arousing for them.

Flirting allows your ex to feel attracted to you again, without worrying that it means she’s agreeing to give the relationship another chance.

As a result, she can relax and enjoy it.

Of course, when she’s relaxed, she automatically drops her defenses.

It’s then easy for you to seduce her into wanting a hug, a kiss and then sex.

When sex happens, it stops a lot of the uncertainty or playing hard to get on a woman’s part and speeds up the process of reconciling the relationship.

For example: When you meet up, don’t be afraid to smile, look her up and down and say, “Wow, someone’s looking pretty.”

Alternatively, have a normal conversation for a few minutes (e.g. talk about what you’ve been up to since the breakup).

Then stop, look at her hair and say, “Is that a new shampoo I’m smelling? Mmmm… it smells good. It makes me want to run my fingers through your hair,” and then go back to talking about normal things again.

Just remain confident throughout the interaction and then, when the moment is right (you will sense it by the way she looks at you and responds and behaves towards you), go ahead and give her a hug and then lean in for a kiss as well.

Then if she is willing, go to your place or hers and hook up with her.

8. Don’t try to get her to commit to a relationship, but don’t be too soft or nice either

A mistake that a guy sometimes makes is being too pushy or needy about getting back together.

As a result, it makes the meetup feel uncomfortable and annoying to her and often leads to her making an excuse to leave early.

It also causes her to be reluctant to interact with him again after that, which makes it so much more difficult for him to get her back.

Yet, being too soft, nice and overly sensitive by saying that you will give her all the time she needs, is equally unattractive to a woman.

This approach turns her off even more and causes her to feel that he’s not man enough for her.

She then feels motivated to continue moving on without him.

There’s no need to be soppy.

Just say that you and her should simply see how things go, without committing to anything.

That takes the pressure off her having to make a decision right away about how she really feels about you.

At the same time, it buys you more time where you can interact with her and build up her feelings of sexual attraction and romantic love for you.

Then, when she’s feeling attracted again the relationship happens naturally and easily.

It’s what she wants to do, rather than something she’s being forced into.

For example: Imagine a couple broke up because the relationship dynamic was out of balance and the woman felt more emotionally dominant than her man.

If he interacts with her after the breakup and she is cold, distant and even bitchy towards him, his reaction to her will determine whether the relationship dynamic from that point onwards is going to be better or worse than it was before.

If he becomes upset, starts stumbling over his words, or sucks up to her, it will create the same dynamic which led to her dumping him out of the blue (i.e. the feeling of having power over him).

On the other hand, if he ignores or overlooks her rude behavior and uses humor and playful teasing to break down her defenses, she will respect him and feel attracted to him for having the balls to do that.

That will create a new relationship dynamic between them, where he is the emotionally dominant one (i.e. because he’s not allowing her behavior to negatively influence his actions anymore and make him feel nervous, tense, uncomfortable).

As a result, she feels drawn to him again in a good way.

When your ex can see for herself that things really will be different this time around (i.e. the relationship dynamic is better than before), all her reasons for remaining broken up fall away.

She then wants to try again, rather than walk away and end up regretting it later on.