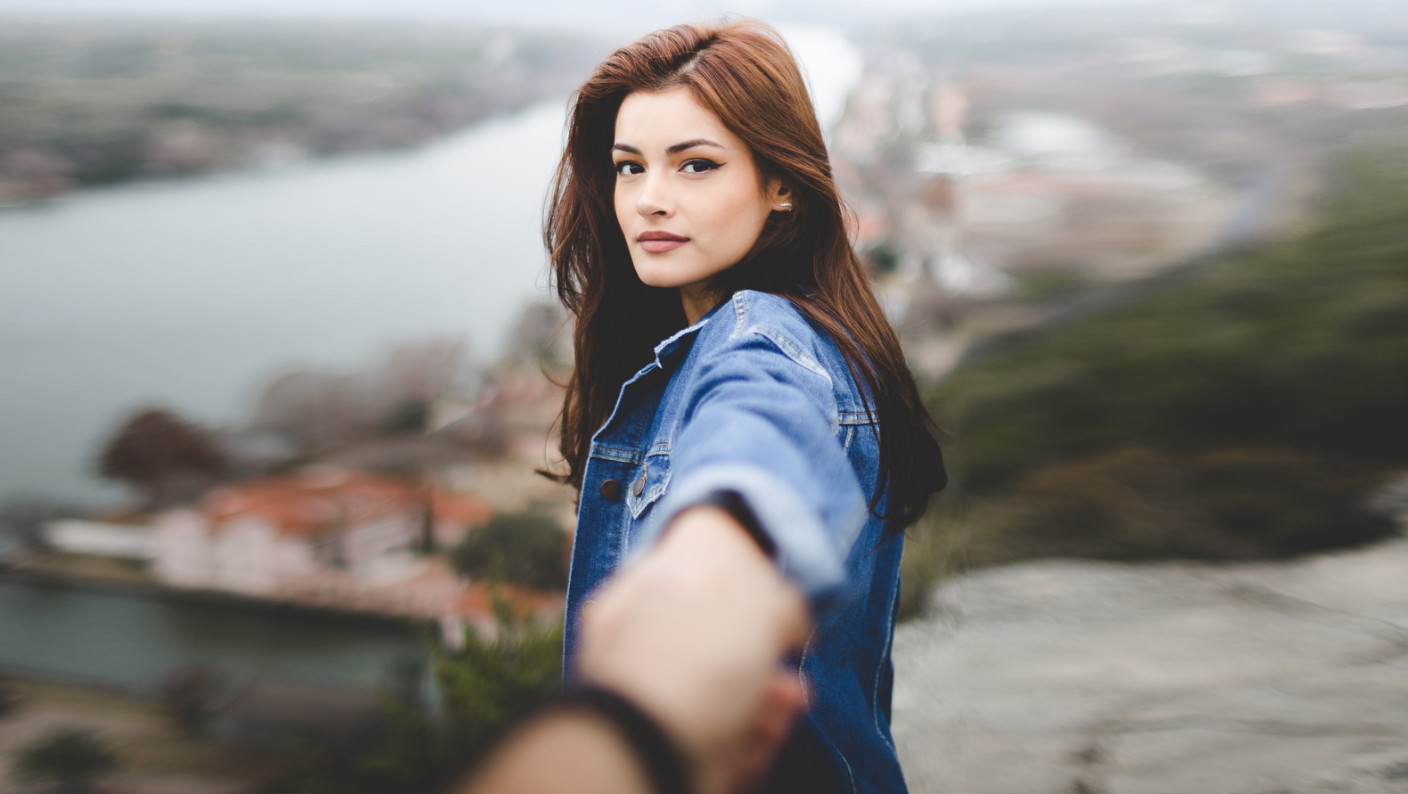 Clinging onto an ex can mean that she is the one.

If she is the one, then you don’t have to just give up and move on.

You can get her back if you really want to.

Here are 3 proven ways to prepare to get her back, rather than just clinging onto her, not doing anything about it and watching her move on without you.

1. Quickly level up your ability to attract other high quality women, so you can then re-attract her

If you feel like it will be difficult, or near impossible for you to attract another high quality woman soon (i.e. a woman that you find beautiful or pretty, who also has the kind of personality you like), then you will naturally want to cling onto your ex.

It happens to a lot of guys.

A guy will find himself only able to attract lower quality women, or women that he just isn’t interested in.

As a result, his ex woman will seem like the only good option for him.

Now, you don’t actually need to pick up, or sleep with new women if you don’t want to.

Instead, the most important thing is that you see real world evidence that you can easily attract new, quality women.

Interact with the cashier, or a service attendant, women you meet through friends and so on.

Use attraction techniques and see for yourself that you can easily attract cute, pretty and even beautiful women at will.

If you decided not to get your ex back, you could easily get a phone number from women like that, set up a date, kiss her, have sex and start a relationship.

When you realize that you have that kind of power and control over your dating life, you suddenly stop feeling as though your ex is the only quality option for you.

As a result, you naturally stop clinging to her.

When you have that realization and no longer feel needy for your ex, you are then ready to interact with her and re-attract her.

Being a woman, she will sense your lack of neediness and desperation, as well as your improved, strengthened confidence, which will make her feel a renewed sense of respect for you.

She will also notice that she is feeling attracted to who you have now become.

As a result, the idea of giving you and her another chance together starts to feel like a good thing for her.

It’s not going to be about doing you a favor and giving you a chance.

Instead, she will feel as though she wants to do it and if she doesn’t, it will be her who walks away regretting it and missing you.

You can then guide her back into a relationship with you, by being confident and progressing to a hug, kiss, sex and back into feeling like a couple again.

2. Understand the reality of romantic love with women

Every woman will make you feel a completely different type of attraction and love, if you get into a relationship with her.

It will never be the same.

Likewise, the love you and your ex shared was special, unique and priceless, but it’s not the only flavor or version of love that you can experience with a woman.

The truth is, there are millions of different women across the world who you could fall in love with and live happily ever after with.

Of course, you probably don’t want to hear that right now because you only want her back.

However, if you don’t level up your ability to attract her and then get her back, but instead, just miss your ex and cling onto her, you will remain stuck.

Deep down, you won’t want to give another woman a real chance with you and will always keep new women you date at a distance, emotionally.

You may feel some love for them, but it will always be guarded and you will always have your ex in the back of your mind.

That won’t be a fulfilling experience for you, or the women you date.

So, if you want to stop clinging onto an ex, something you can do is truly open yourself up to experiencing love with another woman.

Of course, it can’t just be any type of woman.

She will need to be what you perceive to be a high quality woman.

If she isn’t as pretty as your ex, or doesn’t have a magnetic, captivating personality like your ex, then it won’t work.

You will always continue to miss your ex and cling to her emotionally.

Another way you can prepare to get her back is to…

3. Start making progress towards your biggest goals or ambitions in life that aren’t about the mechanics of life

The mechanics of life are things like getting a house, paying bills, getting a car, going on vacations, cooking and even hanging out with friends.

Those are important things, but they don’t make you feel truly successful as a man.

You will only ever feel truly successful if you have big goals and ambitions that are linked to your true purpose in life as a man and then follow through on some, or all of them until they are completed.

I say ‘some’ because sometimes goals and ambitions change along the way and others, you never have enough time to do because the goals you are achieving are so big and time consuming.

What’s important though is that you have big goals and ambitions and follow through on them to achieve success.

How does that affect your love life with women?

Simple: It stops making a woman your world.

Some guys don’t realize that a woman doesn’t want to be the most important thing in a man’s life.

She’s not his biggest achievement in life.

She’s not his highest potential as a man.

He can only reach his highest potential as a man by following through on his biggest dreams, goals and ambitions in life.

Unfortunately, some guys don’t ever realize that.

As a result, a guy will put all of his attention and focus on his woman and see her as his world, his achievement or his marker of success in life.

Yet, when a guy stops making progress towards his biggest goals or ambitions in life to just focus on her, it turns her off and makes her feel frustrated, rather than making her feel happy, flattered and fulfilled.

A woman doesn’t want to feel responsible for a man’s emotional state in a relationship (e.g. he’s only happy when he’s with her, he’s unable to accomplish anything without her by his side, he doesn’t feel motivated to take action and succeed unless she pushes him, she needs to be nice, friendly and supportive towards him, otherwise he becomes insecure, sensitive and self-doubting).

A woman also doesn’t want to be a man’s world, because instinctively, she knows that he needs to man up and reach for his true potential, rather than hiding from it behind her.

Most women can’t explain that, but they feel it.

A woman knows when something feels off about a relationship and will begin to complain, nag, throw tantrums, stop being affectionate and eventually threaten to leave a man.

If a man doesn’t understand what is going on, he will sometimes make the mistake of doing even more for her, making her even more important and crying and pleading with her, as he explains that she is his world.

No matter how honest he is being, it’s not what she wants to hear.

She wants to feel respect, attraction and love for her man and cannot feel that way if he is hiding from his true potential as a man, behind her and the relationship.

So, if you want to prepare to get your ex back, don’t sit around focused on her.

You don’t have to achieve your big goals, or ambitions of course.

That takes years and usually decades.

Instead, you just need to start making progress, so you can experience the shift in your state of mind, where you become emotionally independent.

Then, when you interact with her, she will sense that and naturally feel a renewed sense of respect and attraction for you.

Even if she tries to stop herself from feeling that way, she won’t be able to.

It’s a natural reaction that women have to guys who man up.

Of course, don’t try to sell yourself to her based on the changes by essentially saying something like, “I’m more independent now. I’ve been making progress on this/that. What do you think? Are you impressed? Have I done well?”

A woman doesn’t want to be a guy’s mother and give him a pat on the head for being a good little boy.

She just wants you to get on with being a man, without needing any encouragement from her.

If you can do that, she will naturally feel respect and attraction for you.