On the surface, it seems like men want sex way more than women do.

Most women go through life in off mode and don’t really chase sex like men do.

The way that it works is that women need to be activated or switched on when you interact with them.

On the other hand, we men can be immediately activated and switched on simply based on a woman’s physical appearance. 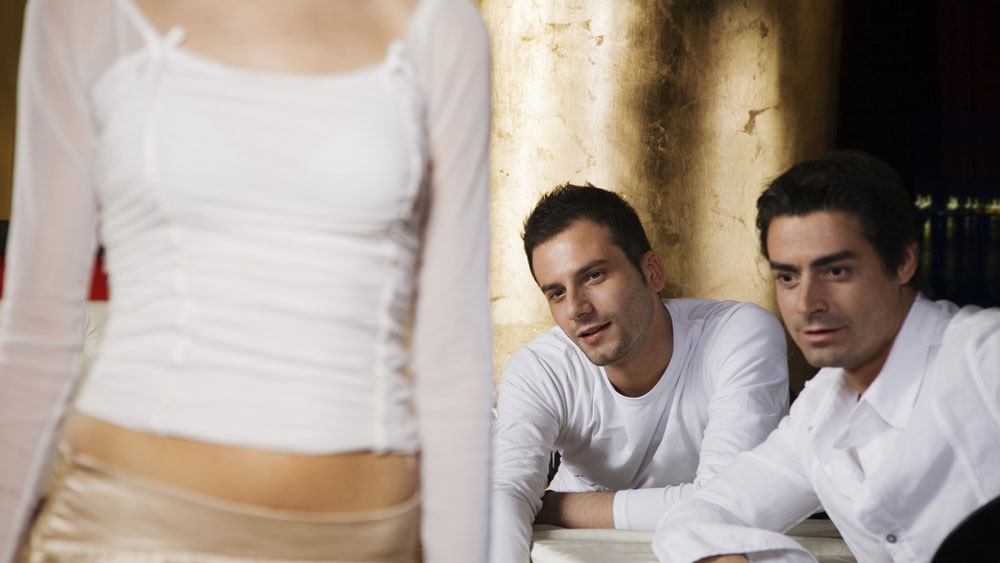 We can see a woman walking along and say, “Yep, I’d tap that. Oh, look at that butt. Look at those legs. I’d definitely have sex with her.”

Some guys may even say “marriage material” or “girlfriend material” without knowing anything about her other than how she looks. 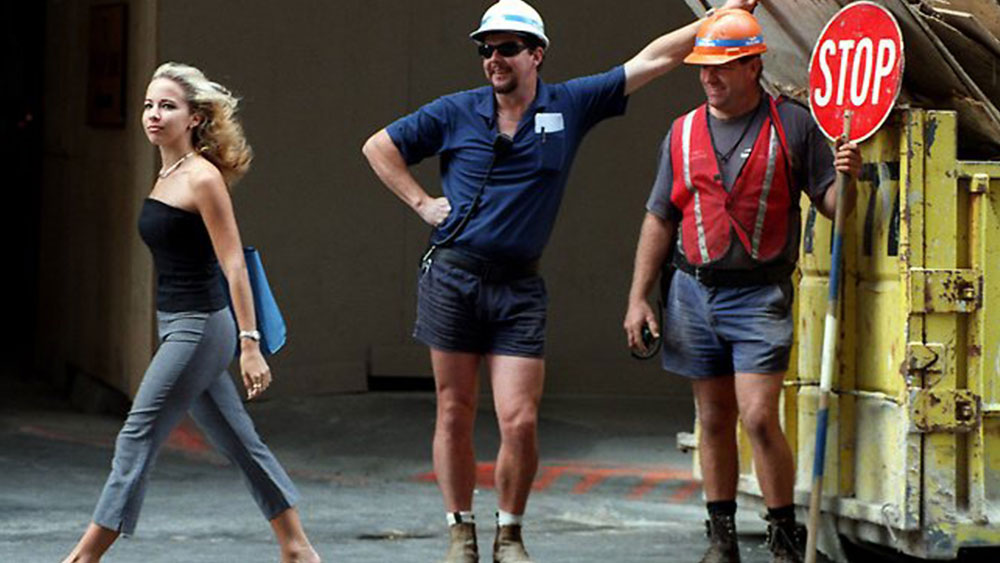 We men can be instantly activated because what we’re looking for from a woman is a place to plant our seed.

We need a physically attractive woman with a fully developed body, who’s of breeding age, and we need her to be healthy. 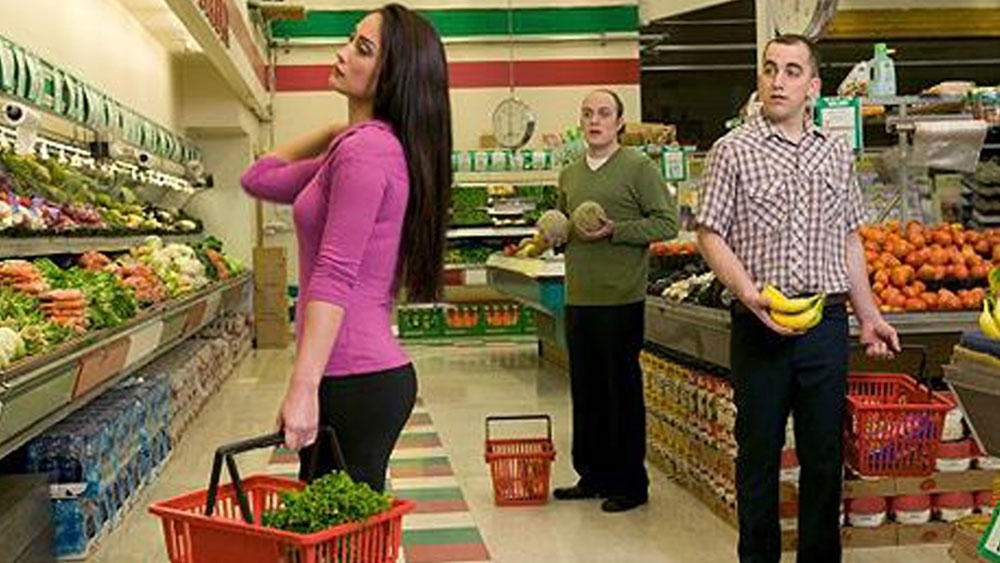 When we see that, our attraction triggers.

It may sound superficial, but attraction is a primal instinct.

We instantly feel attracted when we see those features in a woman.

However, a woman doesn’t react to men in the same way.

It’s only when a guy interacts with a woman and displays personality traits, behaviors, and inner qualities that attract her that she then opens up and is interested. 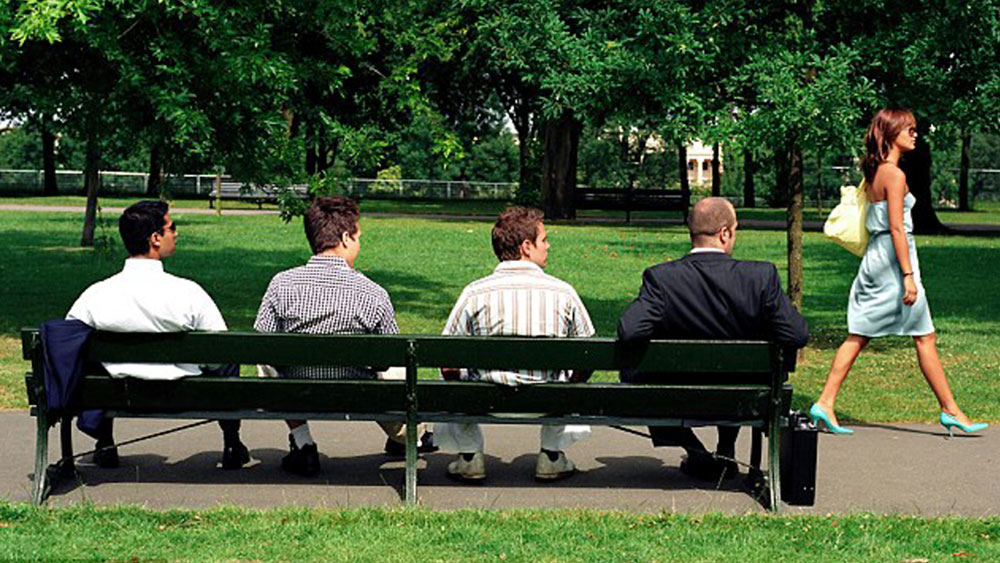 As a woman walks through life, most guys are just guys to her.

Nothing about them makes her feel turned on enough to want to approach the guy and have sex with him.

Some women can feel that motivation when they see a very handsome guy and say, “Wow, I’ve got to go and talk to him.” However, those women are the minority.

The majority of women do not feel enough motivation simply based on the man’s physical appearance.

Most men go through life in on mode and will turn their head to look at a woman’s butt or just walk through life checking out women left, right and center.

On the surface, it may seem like men are way more interested in sex than women are.

However, that is not the case at all.

The desire for sex is equal, but the path to sex is different for men and women.

Most men feel ready and willing to have sex with a woman immediately, whereas women need to interact with a guy to find out what kind of guy he is first.

So, don’t ever think that women don’t want sex as much as you do.

The reason why there is so many humans on the planet is that men want women and women want men.

Men and women have been breeding for a long time and have created all these humans on the planet.

Women are having just as much sex as men.

What guys need to understand is that most women are passive when it comes to dating. 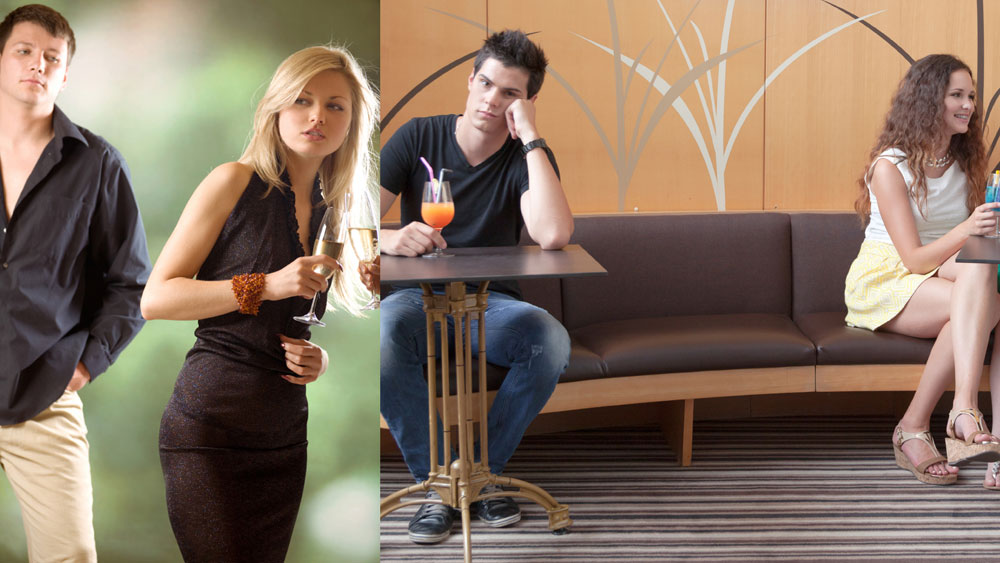 Most women are happy to stay back, wait and hope that they get approached by a confident guy who’s going to create a spark of attraction and then guide her from a conversation to kissing, sex and enter a relationship.

Most women don’t go out actively approaching men and trying to get laid or get a boyfriend.

One of the fundamental reasons why is that the main attraction motivation for women is not a guy’s physical appearance.

It’s true that women can appreciate a guy’s physical appearance and they can even feel attracted to a handsome man.

However, for the majority of women, that is not the most important thing to them. 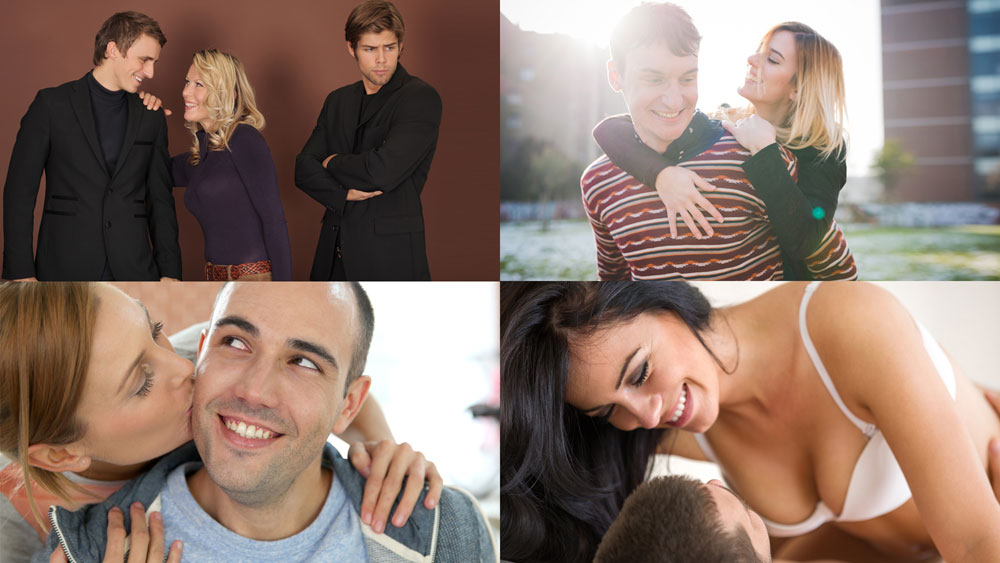 The majority of women place way more importance on how a guy makes her feel attracted as he interacts with her.

Some guys know how to make women feel that way and some guys don’t.

You might have noticed that some guys are able to walk over to a woman and immediately create a spark of attraction with her.

The guy starts flirting with her and the woman is laughing and she then starts touching him or is open to hugging and kissing.

They might then exchange phone numbers or have sex that night or have sex on the first or second date and then begin a relationship.

On the other hand, you might have also noticed that other guys walk over to women and don’t create a spark at all. 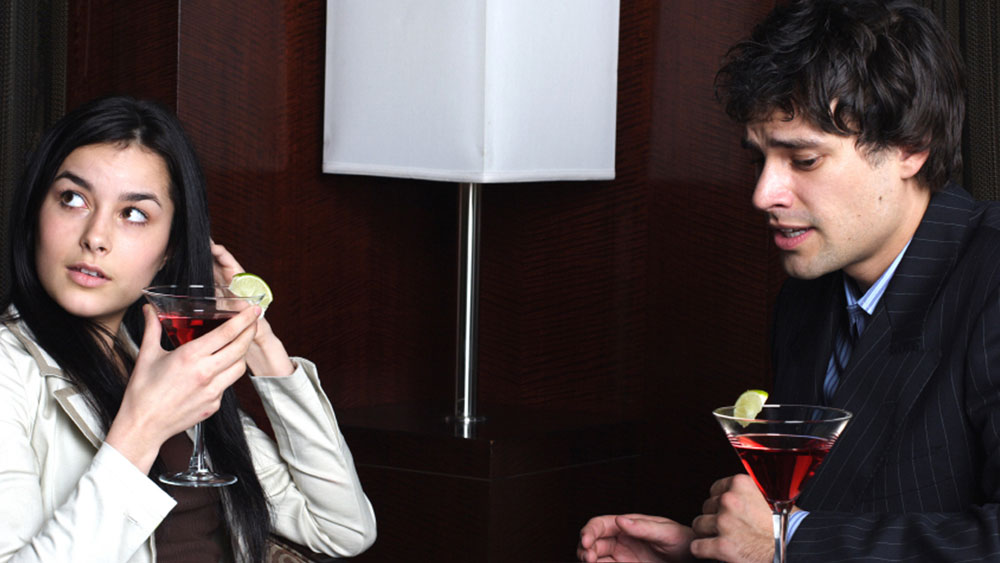 They start talking to her and just being neutral and friendly and having a polite conversation and there’s no spark there.

The guy feels attracted to her because he’s experiencing what I call Insta Attraction.

It’s that instant motivation that we feel attracted enough to a woman to want to talk to her, get her phone number, kiss her, have sex with her and maybe even start a relationship simply based on her looking physically attractive.

For a guy who knows how to interact with women and create feelings of sexual attraction, he’s usually going to be a lot more picky.

He’s not going to just accept a woman because she looks good.

She’s also going to need to be nice and friendly and maybe he might also say intelligent and interesting and funny and whatever other standard he might want to put in place.

However, the majority of guys in this world are absolutely motivated and will go all the way to having sex with a woman simply based on her appearance.

That stuff simply doesn’t matter to the majority of guys.

The majority of guys will happily put up with whatever type of conversation she wants to talk about as long as he gets to stick it in at the end of the night, on the first date or on the second date.

As a result, it may look like men want sex more than women, but what’s really going on is that most men don’t know how to make women feel sexually attracted when they talk to them.

You see, for women, it’s as easy as looking good and most guys are going to want to have sex with her.

Whereas, for men, it’s as easy as displaying the type of personality traits, behaviors and inner qualities that naturally attract women and the woman will be attracted and interested.

For example: Women all over the world are attracted to men who are confident, masculine, funny, charming, charismatic and socially intelligent.

Those traits naturally attract women, but most guys don’t actively try to display that when they interact with a woman. 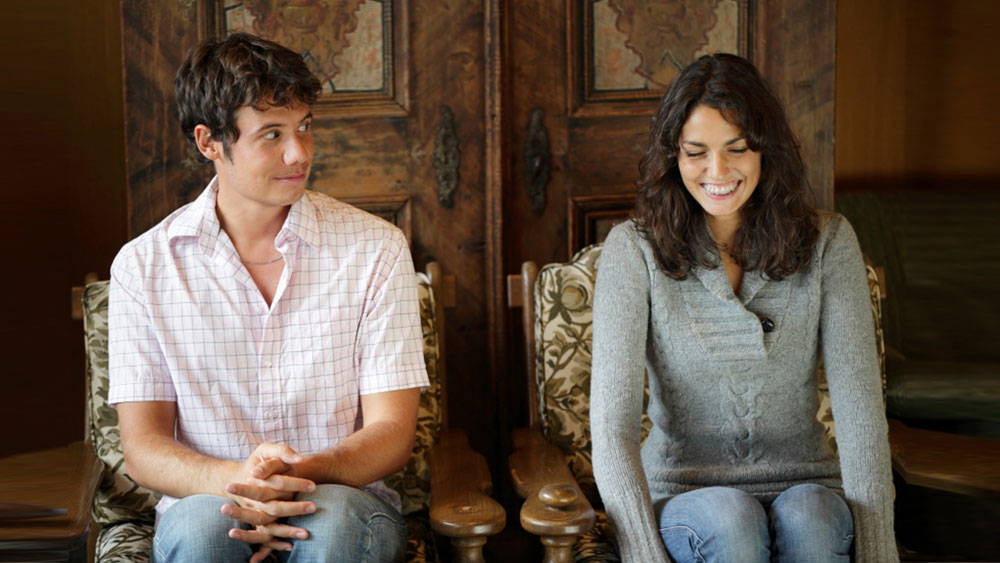 The majority of guys interact with a woman and they display traits like niceness, politeness, academic intelligence and friendliness.

A guy tries to show a woman that he’s a good guy and he’s friendly and he’s nice and he doesn’t want anything sexual. He just wants to talk to her and get to know her.

He’s making her feel neutral or friendly around him. Therefore, there’s no sexual spark and there’s no motivation for her to want to give him her phone number, kiss him, have sex with him, go on a date with him or start a relationship with him.

Some guys interact with women and try to get laid or get a girlfriend, but don’t get much of a response from women.

A guy will start talking to a woman and she might be a bit closed up, might not contribute a lot to the conversation and might even tell him to go away. 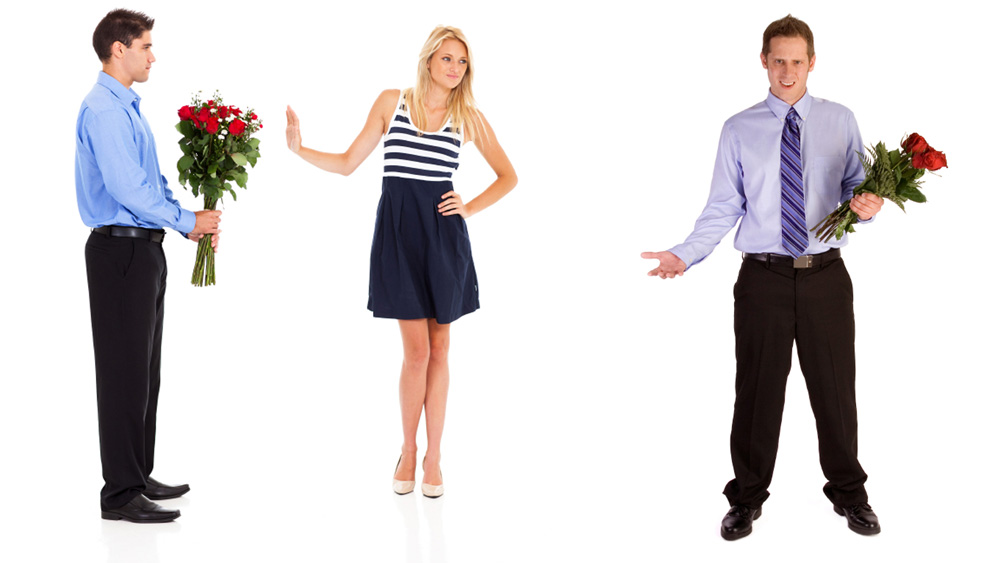 However, when the guy talks to the woman, he’s not actually doing anything to create a spark of sexual attraction.

He’s just hoping and expecting that the woman is going to feel a spark with him magically, that there’s going to be something between them without him having to do anything.

Sometimes that can happen, but it’s very rare.

Sometimes it can happen for a very handsome man if a woman is really interested in looks. However, with most women what a guy needs to do is actively create the spark based on how he’s talking to her, how he behaves and the overall vibe that he creates in the interaction. 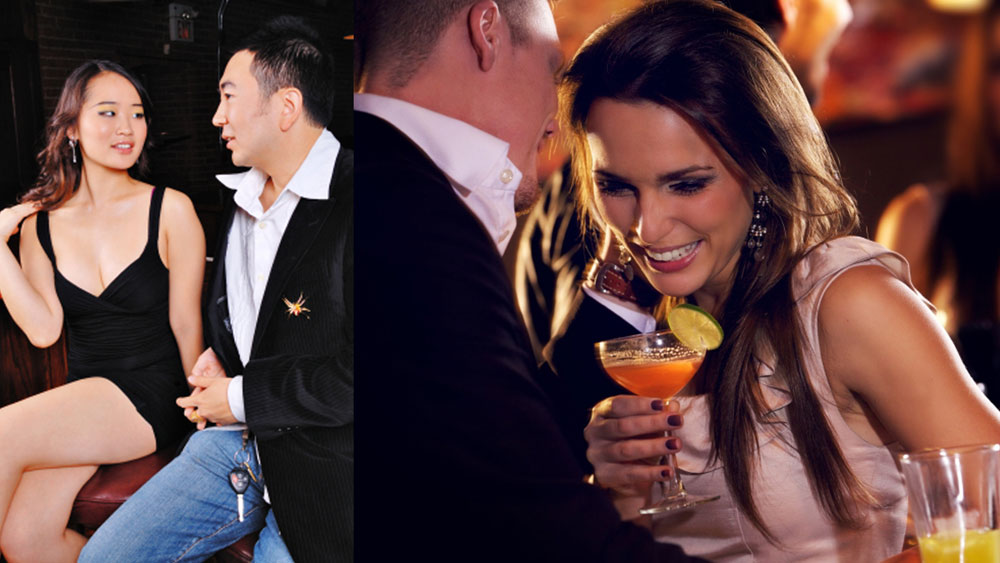 With most women, all it usually takes is 1 to 2 minutes of actively making her feel a sexual spark and her guard will completely come down, she’ll open up to you and she’ll be interested in seeing where it goes.

Even though women don’t admit it, most women have experienced a one-night stand before and most women usually have sex on the first date or the second date.

For example: There was a study in America which found that 55% of couples had sex on the first date.

Another study in Europe found that 70% of women had experienced a one-night stand.

A study in the U.K. found that the average amount of men that a woman had sex with before marriage has almost doubled in the last 10 years from an average of 3.7 men to now 7.7 men.

In other words, sex happens a lot these days and it happens very quickly even if women don’t go around acting like they want sex or talking about sex or actively chasing sex.

All you’ve got to do then is guide her through what I call The Flow.

The Flow is the easiest way to get laid and get a girlfriend. If you don’t know what to say or do to make women feel sexually attracted to you and romantically interested in you, I recommend that you read my eBook, The Flow, or listen to the audio version, The Flow on Audio.

A lot of guys go through life thinking that women don’t want sex and that it’s going to be really difficult to get a woman to have sex.

However, it’s actually very easy. These days, sex happens on the first night, first date or second date for most couples. 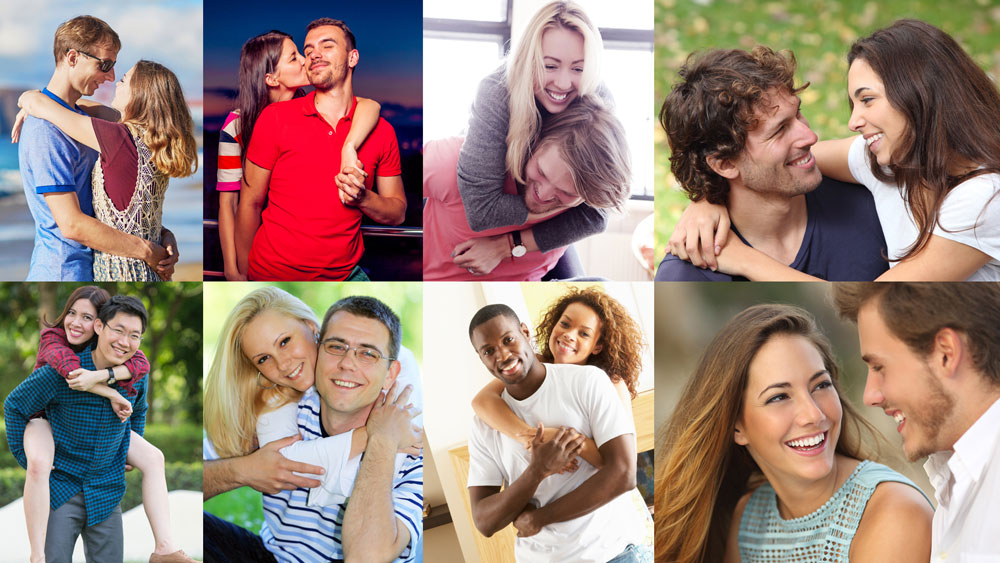 All you’ve got to do is actively create a spark with a woman and then guide her towards sex or towards a relationship as well if that’s what you and her want.

Beating Women at Their Own Game

How to Get a Woman to Like You Instantly