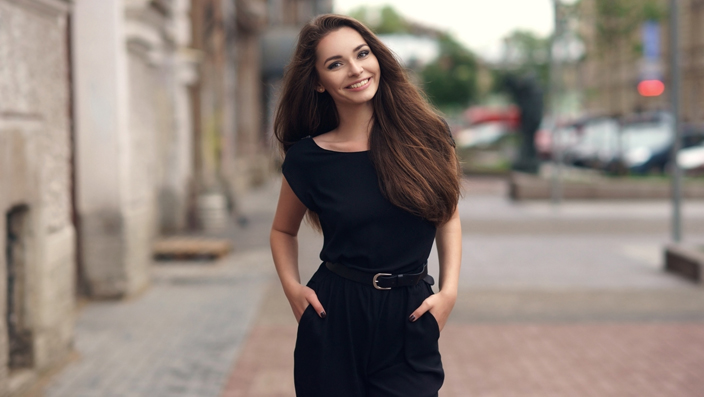 How to Attract Women if You’re Not Tall

If you ask women what sort of guy they like, they will usually say, “Tall.”

If I were to ask you what makes a guy tall, what height would he have to be, you will most likely say what?

You’ll most likely say that the guy has to be six-foot or taller.

Yet, the thing is, the majority of the adult male population is not six-foot or taller.

To use America for example: 14.5% of the adult males in America are six-foot or taller, leaving 85.5% of men being less than six-foot.

Now, let’s have a look at the average height of men per country in a number of countries, so you can see that it’s pretty much the same in most countries around the world.

Yet, I think the most interesting statistic is the fact that in America, 14.5% of the male population are taller than six-foot.

In countries like Norway, where the men are taller there will be a higher percentage of men who are six-feet and above, but generally speaking around the world, most guys are not six-foot.

The majority of the male population is less than six-foot.

The way that it works is that when a woman is asked what sort of man she likes and she says, “Tall,” what she’s really saying, in most cases is, “I want a man who makes me feel safe.”

A tall man triggers her instinctive need to feel safe around a guy so a guy can protect her.

Yet, a guy who is the same height as her can still trigger her instinctive need to feel safe.

Additionally, when you see a guy who is taller than a woman, it doesn’t always mean that he is six-foot.

When a woman says that she wants a tall guy, it doesn’t always necessarily mean that the guy has to be six-foot or taller.

Yet, how about the shorter guys?

How about the guys who are actually shorter than the women that they want to attract?

Well, most women don’t go around saying, “I want a shorter guy. I want a mini man. I want a little man that I can rest my arm on when I’m hanging out…I’ll rest it on his head.”

Women don’t go around saying that.

Most women don’t really have a short guy on the top of their list in terms of what they want from a guy.

Yet, a short guy can still get laid and get a girlfriend.

Initially, when a short guy starts talking to a woman who doesn’t normally date guys who are shorter than her, she may be suspicious of him.

She might not be sure whether he could actually protect her and make her feel safe.

Yet, if he talks to her and she can see that he is confident, emotionally masculine and he’s not a wimpy guy, then her instinctive need to feel safe is going to be triggered.

Not every woman is going to accept the short guy, of course, but he can still get laid and get a girlfriend.

He can still make women, including pretty, beautiful women feel attracted to him and want to be with him sexually and romantically.

So, if you’re one of the guys who has been going through like saying to yourself, “I’m not successful with women because I’m not six-foot or taller,” you need to start paying attention to what you’re seeing around you.

Approximately 85.5% of the adult male population is not six-foot or taller, but they are still able to attract women, get laid, get a girlfriend, get married and enjoy life with women.

By the way, over the years, some guys have asked me how tall I am.

Well, I’m seven-foot so that’s why I’m successful with women.

It would be nice to be six-foot, but the reality is that if I was six-foot or taller like the man in the photo here, then I wouldn’t have gone along the path that I did, which led to me discovering how to attract women as I talk to them.

Seeing what other guys were going through out there, I then had the motivation to get out there, start teaching this stuff and I haven’t ever stopped since.

So, if I was a tall man like the man in the photo here, you probably wouldn’t be watching this video.

Success with women most likely would have been handed to me on a silver platter as a result of being six-foot or taller.

Yet, personally speaking, over the years, I have met some tall guys through my social circle who are not successful with women.

They are tall, but they are nervous.

They doubt themselves around attractive women.

I also have friends who are tall and they are confident.

They believe in themselves and they succeed with women very easily.

So, what’s going on there?

Well, remember what I said before about a women’s instinctive need to feel safe?

Even though a guy is tall, if he is nervous, insecure and doubts himself, then a woman is not going to feel safe around him if she is more confident in herself than he is.

If a woman feels like she is more emotionally strong and emotionally dominant than a tall guy and he’s just a big teddy bear, then her instinctive need to feel safe is not going to be satisfied.

Instead, he’s going to make her feel more like a mother figure to him and when a woman feels that around a guy, it doesn’t make her have sexual feelings.

Some women will put up with that, but most women get frustrated by that type of relationship dynamic.

So, while being tall definitely can give a man an advantage in terms of making a woman feel like she would be safe and protected by him if he’s a confident guy, being tall doesn’t guarantee a guy’s success with women.

The fact is that guys who are not six-foot or taller can still attract women and enjoy easy, natural success with women.

As I mentioned earlier, when you see guys who are taller than a woman, it doesn’t always mean that the guy is six-foot or taller.

There are tall women out there of course, but generally speaking, women are usually shorter than men.

Yet, regardless of whether a guy is taller than six-foot or is taller than a woman and he’s 5’9″ or 5’10” or is the same height as her or he’s shorter, the most important thing to most women out there is that their instinctive need to feel safe with a guy is satisfied.

In other words, he is a confident guy.

He’s not a wimpy guy.

There are so many ways that you can make a woman feel attracted to you as you talk to her and one of those ways is to trigger her instinctive need to feel safe.

Making a woman feel what way doesn’t mean that a guy has to be a thug or a bad boy or anything like that.

Instead, a woman just needs to feel that the guy is emotionally stronger than her.

He’s more confident than her.

He is not looking to her for protection from the world around them.

She essentially gets the feeling that she can be the woman and he will be the man.

If you’d like to learn more about how to attract women so you can enjoy your choice of women, I recommend that you read my eBook, The Flow or listen to the audiobook version, The Flow on Audio.

When you read The Flow or listen to The Flow on Audio, you will learn exactly what to say and do when you’re interacting with a woman to make her feel attracted to you and make her want you regardless of your height.

There are some women out there who will only ever accept a guy who’s six-foot or taller, but the majority of women aren’t that fussy when it comes to height.

The Flow is everything that you need to know to go from “Hello” to sex and into a relationship with a woman that you find attractive.

Attracting Women Online vs. In Person

One final point that I want to make for you in this video is that there is a big difference between online dating and attracting women in real life.

When a woman uses online dating, she has thousands of guys trying to get a chance with her.

As a result, her standards go way up.

She can start asking for things like tall, rich, handsome, drives a Ferrari, has a luxury yacht and so on.

She can essentially pick and choose between the top 1% of guys that are hoping to get a chance with her.

Yet, in real life, when you make a woman feel attracted to you as you talk to her, it becomes about you and her in that moment.

If she has an online dating profile with thousands of guys lining up to get a chance with her, she isn’t necessarily going to be thinking about that when you and her are interacting.

She’s going to be focused on the fact that she’s feeling attracted and turned on by you in that moment.

So, while it’s true that with online dating and with apps like Tinder, it’s mostly about looks, height and money, in real life, it’s an open playing field.

All types of guys have a chance to get laid and get a girlfriend.

If you want the power to be in your hands and you want to be able to attract women and enjoy a choice of women, I recommend that you do that in person.

Don’t try to compete with guys over height, money and looks with online dating.

The best way to get laid and get a girlfriend is to attract women as you talk to them.

So, if you’re not six-foot or taller, just know that you can attract women in person.

You CAN make a woman feel attracted to you as you talk to her and you are not doomed for life if you’re not six-foot or taller.

You CAN attract pretty, beautiful women.

That is a fact.

Approximately 85.5% of the adult male population is your country is going to be less than six-foot.

So, don’t doubt yourself.

If you see a woman that you find attractive, interact with her, make her feel attracted and take the interaction to the next level.

5 Signs She Wants You Sexually