Tall, Dark and Handsome: Is That What Women Want?

Some women do want that, but most women don’t really care about it.

The truth is, most women place much less importance on a man’s physical appearance than most guys realize.

Watch this video for proof…

Although women can initially be attracted to a man based on how he looks, it doesn’t mean they won’t consider dating a guy who isn’t tall, dark and handsome, if he can make her feel enough attraction to him for other reasons.

For example: If a guy is of average height, with average looks, (like most guys in the world), but also happens to be confident, charismatic, is interesting and fun to talk to, has a great sense of humor, etc., a woman isn’t going to reject him simply because he doesn’t fit into the “Tall, dark and handsome” category.

On the other hand, a guy might look like a male model or a sexy Hollywood actor, and if he is shy, nervous and insecure around women, or, if he puts on an act (e.g. he pretends to be more confident, or nicer than he really is), a woman will come up with all sorts of reasons why she doesn’t like him.

So, if you’re asking, “Tall, dark and handsome: Is that what women want?” consider that if this was the case, you wouldn’t see so many short, ugly, pale, skinny, fat, bald or just plain guys dating, or married, to really attractive women. It just wouldn’t be possible.

Naturally, not all women will date a guy who isn’t very tall and good looking, but most women will, because most women have what Dan Bacon (founder of The Modern Man) refers to as Open Type. Basically, this means that most women are open to dating different types of guys, as long as the guy can make her feel the way she wants to feel when she’s with him.

Basically, because most men are attracted to beautiful, sweet and girly women, they assume that it’s then only natural for women to be attracted to tall, dark and handsome men.

This is why so many guys will go around saying, “I’m not good looking enough to get the women I want,” or, “Tall, dark and handsome is what women want…and I’m none of those things.”

What these guys don’t realize is that when a woman feels attracted to a man’s personality and to the way he makes her feel, she will naturally overlook the fact that he’s not 6ft tall and doesn’t look like he’s just stepped out of the pages of a magazine, after having spent a few weeks tanning on some tropical beach.

If women only dated guys who are tall, dark and handsome then most of the guys in this world would never have sex, get a girlfriend, or get married, because most guys are of average height, with average looks.

Yet all over the world, average, and even ugly, fat, or short guys are having sex and dating and marrying attractive and even beautiful women. How is this possible?

These guys have been able to make women feel attracted to them for other reasons.

Watch this video for some real life examples…

As you will discover from the video above, attraction not all about being tall, dark and handsome.

Women can be attracted to all different types of guys for various reasons (e.g. the guy is confident, funny, charismatic, etc).

This is why, when a woman is interacting with a tall, dark and handsome guy who happens to be nervous, insecure and self-doubting around her, even though she may initially have thought, “Wow! He’s really hot, I’d love to get together with him,” after interacting with him for a few minutes she will instinctively pick up on his lack of confidence.

When this happens, the initial attraction she felt for his looks will begin to change and she’ll start finding (seemingly irrelevant) things about him that are turning her off.

For example: She might think, “I never noticed this before; he has a weird looking nose. Hmm… he’s not really that good looking after all. What was I thinking?”

Sometimes a woman can’t even find a physical flaw to dislike about a good-looking but insecure guy, but in her mind she’ll be thinking, “He’s really hot but there’s just something about him that I don’t like. I suppose he’s just not my type. It must be his nose…or those dorky shoes.”

Even if she can’t put it in words, deep down a woman knows that it is his lack of confidence that is turning her off.

Of course, some women will accept an insecure good looking guy, but most women won’t.

It might be difficult for you to believe that all women don’t want tall, dark and handsome guys, but the proof is everywhere around you.

It’s Who You Are as a Man That Really Matters 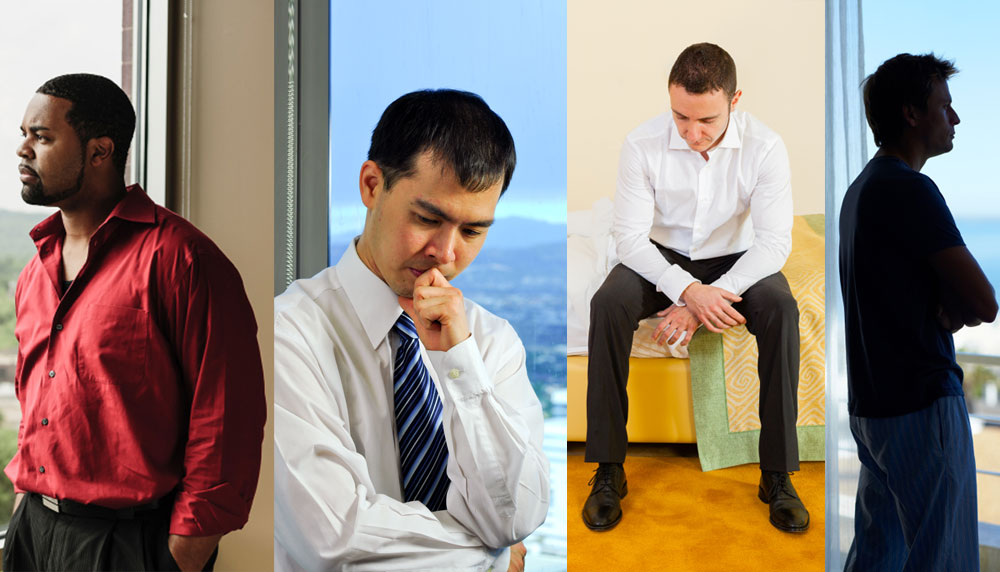 Most guys have heard the cliché, “It’s not what you look like, but who you are inside that matters,” and in most cases, a guy will write this off as “wishful thinking.”

However, there’s more truth in that statement than most guys realize.

The truth is: You may not be able to change how you look, but you can change the way you feel about yourself and the way you interact with women.

When you present yourself with confidence and self-belief, and can trigger a woman’s feelings of attraction and respect for you as a man, then she won’t really care that you’re not tall, dark and handsome because she will be attracted to “what’s inside.”

So, rather than sit around thinking, “Tall, dark and handsome: Is that what women really want in a guy?” and feeling like you will never be able to fit into this unrealistic mould, then instead do the things you can do to make women feel attracted to who you are as a man.

For example, here are some do’s and don’ts when interacting with women.

Do trigger her feelings of sexual attraction for you.

It seems like an obvious thing to say, but a woman isn’t going to be interested in having sex with a guy if he hasn’t first made her feel sexually attracted to him.

So, whenever you’re interacting with a woman you’re attracted to, make sure what you say and do in her presence is making her feel attracted to you too.

The more ways you can make her feel attracted to you while interacting with her, the more intense her desire will be to have sex with you.

Do come across in a charming manner.

If you look up the definition of charm in the dictionary, it is:

Charm (noun): The power or quality of delighting, attracting, or fascinating others.

Being charming is about making a woman feel attracted to you while still being a nice guy around her.

When a guy is charming, not only does he trigger a woman’s feelings of sexual desire for him, he also makes her feel “safe” because she gets the sense that he is not just looking at her as a “piece of meat,” but is also interested in her as a person.

Don’t pretend you’re not interested in having sex with her.

A common mistake that a lot of guys make is to pretend they’re not interested in having sex with a woman they really do want to have sex with.

This is confusing to women.

If a guy pretends to only be a friend to her and then tries to touch or kiss her, she will naturally be turned off because his behavior has been friendly or neutral and he has not triggered her feelings of sexual attraction.

If you’re interested in a woman in a sexual way, then don’t pretend you’re not and then make a move on her. This will usually result in a, “You’re sweet, but I don’t see you in that way,” rejection speech.

Don’t wait around hoping a woman will make the first move.

What sometimes happens is that when a guy feels insecure about his looks, instead of approaching women and making them feel attracted to him in other ways, he instead waits for women to make the first move.

A guy like this believes that because he’s not tall, dark and handsome a beautiful woman will automatically reject him, but if a woman approaches him first, then she will be okay with his looks.

However, most women would rather miss out on being with a guy, rather than have to take the lead.

Making the first move is the first indication a woman gets that you are a confident man. Why deny her that experience?

So, “Tall, dark and handsome: Is that what women want?”

As mentioned at the beginning of this article, some women do, but for most women it doesn’t really matter.

When you are confident, masculine, charming and are able to trigger a woman’s feelings of attraction and respect for you as a man, most women won’t care that much about your looks.

So don’t waste anymore time fearing that you’re not handsome enough, or tall enough to attract the women you want. Nobody is perfect, and the best part is, if you’ve read this article, you now know that you don’t have to be perfect to attract a beautiful woman.

What Can I Do to Be a Better Person?

What Attracts Women to Men Sexually?