What Hair Color Do Women Prefer on Men?

There is no one particular hair color that women prefer on men.

The truth is, even if you’ve heard women saying, “I just love guys with dark hair / blonde hair,” over and over again, it doesn’t mean those same women won’t feel attraction for other guys who have a different hair color, for other reasons.

Watch this video and you will see what I mean…

As you will discover from the video above, a woman can go through life thinking that she has a certain type and if she then meets a guy who makes her feel intense attraction, her type can change.

For example: She might have said that she only likes guys with a full head of hair, but then she meets a bald guy who is confident and turns her on and she then places less importance on her requirement for men to have a full head of hair. 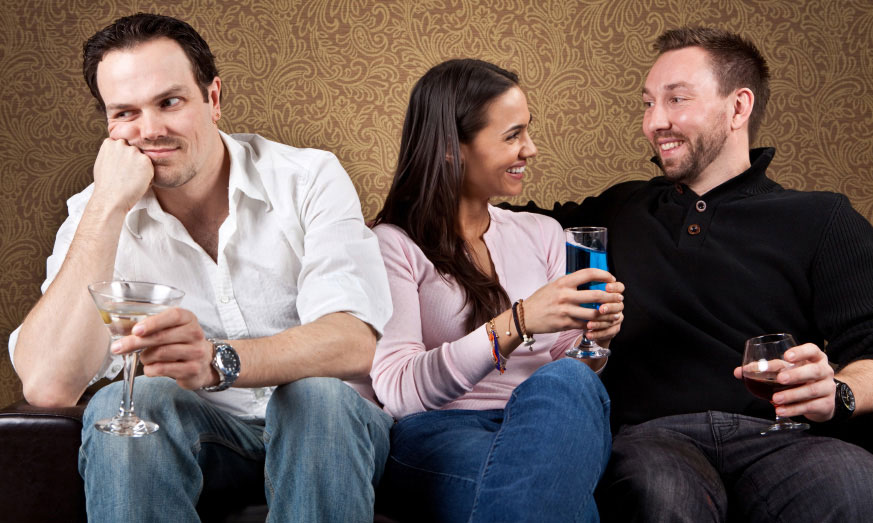 If a guy has the hair color that a woman says she prefers on, it doesn’t mean that she is automatically going to be attracted to him and be interested in having sex with him or dating him.

It might get her attention initially, but she is going to be more interested in the traits that women really look for in a man, such as:

A guy’s hair color is only a very small percentage of the overall package of who he really is.

For example: If a guy is insecure and lacks belief in himself, but has a woman’s preferred hair color, she’s not going to say, “Yes, he’s really nervous, insecure and self-doubting around me, but he has the right hair color, so I’ll have sex with him and date him!”

A guy might have the wrong hair color (or even be bald) and if he is confident, charismatic, has a masculine vibe and has an interesting and engaging conversation style, a woman is unlikely to say, “Well he really IS perfect in every other way. I just love the way he makes me feel. I want him. Pity about his hair color though. I have to reject him.”

Most women are just not that shallow.

Yes, some women will only date guys based on their appearance, or their status, or how much money they have, but the majority of women are open to having sex and dating all sorts of guys, as long as those guys can trigger her feelings of sexual attraction.

The Strange Thing About How Women Feel Attracted to Men

When most guys see an attractive woman, they will not stop to question whether she is nice, intelligent, interesting or confident before they feel attracted to her.

They will simply look at her and decide, “Pretty face, nice butt, good tits” and they will instantly feel attracted to her and will be willing to have sex with her.

A man can literally feel attracted to a woman within one second and be willing to have sex with her, regardless of whether she is confident, funny, interesting to talk to and so on.

A man’s initial attraction to a woman is almost completely based on her appearance. Her other qualities (e.g. her personality, intelligence) are not essential for a guy to have the instant “Yes” reaction to whether or not he’d have sex with her.

A woman’s character will only become important if the guy wants to get into a serious relationship with her.

Until then, most guys will happily have sex with a beautiful woman, even if she’s not very intelligent or interesting.

Women on the other hand are attracted to the things about a man that cannot be seen, (e.g. his confidence, masculinity, charm, style of humor).

Even if a woman feels a lot of attraction for a man’s physical appearance, it doesn’t mean that she will want to sleep with him or get into a relationship with him.

For example: If a good looking guy lacks confidence, doesn’t know how to keep a conversation going and keep it interesting, puts on a false persona by pretending to be nicer than he really is, then most women (not all) will lose interest in him. 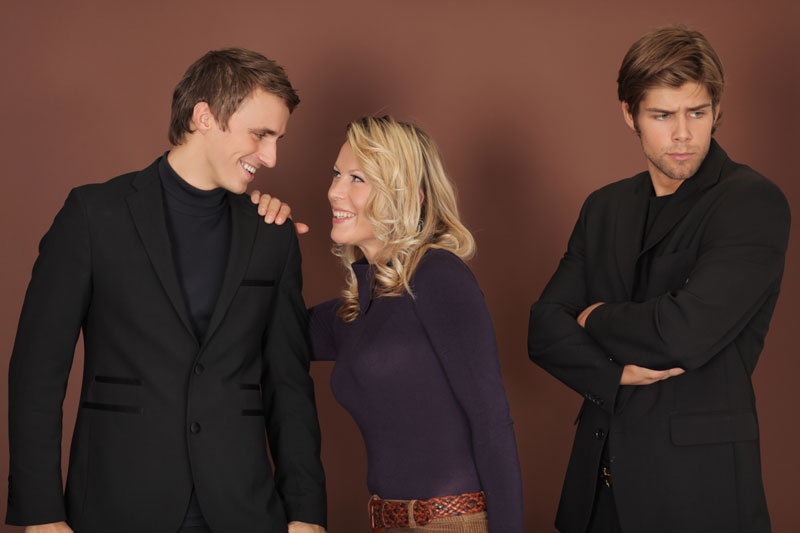 For a woman, one of the most important things about a man is how he makes her feel when she’s with him.

If a man can make a woman feel girly and feminine in contrast to his masculine vibe, can handle her when she challenges him (e.g. she plays hard to get, teases him during conversation) without crumbling and can make her laugh during conversation, she will usually perceive any physical flaws that he might have in a favorable light because she feel attracted to him in other ways.

This is why you have probably seen many average, plain and even ugly looking guys with really beautiful girlfriends or wives.

In many cases, these guys know that it’s not their looks, the color of their hair or the car they drive that is most attractive to women, but rather their ability to make her feel the way she wants to feel in his presence, (i.e. attracted, girly, feminine, sexy).

Do You Think Your Lack Of Success With Women Has Anything to Do With Your Hair Color?

When a guy doesn’t know how to attract women with the inner qualities that are naturally attractive to women (e.g. confidence, charisma, masculine vibe, conversation style), he will often come to the conclusion that it’s because he doesn’t have the right physical appearance that women want.

If then he happens to overhear women talking about what they find attractive in men, he then begins to draw conclusions about why he has been so unsuccessful with women.

For example: If he hears women saying, “I just love men who are tall, handsome and have dark hair,” he may conclude, “I’m tall, but I have light colored hair, so I guess I’m not attractive to women then.”

Alternatively he might hear women saying, “I never date poor guys. I think a woman should be treated like a princess and a guy without money just can’t do that for me.”

If he then happens to be an average guy with and average job (like most guys in the world), he will begin thinking that women only date rich guys and he will then feel like he’s not good enough.

Even though everything about you does matter (including what you look like), the old cliché, “What matters the most is who you are inside,” is actually quite true.

Watch this video and you will see what I mean…

Essentially, most women (not all) will pick a man for sex or a relationship based on who he is as a person and will place less importance on his looks.

For example: When a guy is confident, believes in himself, is someone that she can look up to and trust, has a positive outlook on life, has goals and ambitions, etc., a woman will feel attracted to him for those things and the superficial things like his appearance, the color of his hair, or his dress style will not be that important to her. Why?

Most women know that a man’s appearance doesn’t guarantee that he will be emotionally strong enough to take care of her and any children they may have if she chooses to marry him.

Even when a woman is only looking for a one night stand or a casual relationship, unless she is insecure about her attractiveness to men or likes to dominate men, she will look for a man who is emotionally strong and who she can respect and look up to.

Even though you will hear women talking about the color of men’s hair, the truth is that most women will not even think about a man’s hair color when it comes to deciding whether or not she wants to be with him.

If she feels attracted to him for more important reasons (e.g. he is confident, masculine in a way that makes her feel feminine around him, makes her laugh, is charming) then she isn’t going to reject him because of his hair color.

Yes, some women are shallow and only date good looking or rich and successful guys or guys with the exact color hair they want, but most women have an Open Type, which means they will date most kinds of guys if the guy can simply make her feel enough attraction for him in other ways.

If you’ve been going through life making excuses for your lack of success with women, like asking, “What hair color do women prefer?” and hoping that if you change your hair color you will then miraculously become attractive to women, hopefully by now you realize that your attractiveness to most women is not based on your hair color.

Attraction is about how you make the woman feel when you interact with her (e.g. do you turn her on with your confidence or turn her off with your insecurity and self-doubt?).

Changing your hair color might get you a few more looks from women, but if you don’t know how to attract those women with your personality when you interact with them, they will instantly lose interest.

When you attract women by displaying some of the personality traits, behaviors and inner qualities that naturally attract women, you will never again have to think, “What if I’m not good looking enough?” or “What if I have the wrong hair color?” because you will be too having sex and enjoying relationships with beautiful women.

Attracting and picking up beautiful women is so much easier than most guys realize, because most guys assume that a woman’s attraction for a man is all about looks, money, power, penis size and height.

Yes, women can feel attracted to those things, but they can also feel attracted to other things about men, which is why men who don’t have looks, money, power, a big dick or height are still able to have sex with, have relationships with and even marry beautiful women.

What Gets a Woman in the Mood?

What Do Women Think About Bald Men?