The answer to that question is “Yes” and “No.”

How can a woman be open to finding a bald man attractive? Simple: If he attracts her in other ways (e.g. he is confident, charismatic, has a masculine vibe, can make her laugh, etc), she will feel attracted to him for those reasons.

When she is feeling attracted to him for those reasons, she will then begin to look at his baldness in a more positive light. She will see it as sexy, cute or attractive because it is a part of him and he is the guy that she is feeling a lot of attraction for.

As you will discover from the video above, a woman might have been going through life saying, “I don’t date bald guys,” but when she meets a guy who can attract her and turn her on in the more important ways (i.e. with his personality, confidence, vibe) she will then become open to liking him even though he is bald.

If he makes her feel a lot of attraction and she hooks up with him sexually and really enjoys it, a woman will then often change her opinion and say, “I prefer bald guys…they are sexier.”

The Bald Butt of Jokes

The “bald guy” is often the butt of jokes in TV sitcoms, Hollywood comedy movies and TV commercials.

He will be shown to fail, slip up and make mistakes around guys who have a full head of hair and athletic body type. When it comes to women, he will usually be the guy who gets rejected, is too nice, is nervous around women and loses out to the handsome guy with a full head of hair.

If you watch TV commercials or open a men’s magazine, you will also see advertisements for hair regrowth and hair dye. The message will essentially be that you have to have a full head of hair and have no gray hairs to be attractive to women.

What a load of crap. Literally a hot, steaming pile of dog shit.

Yet, many men fall for it and think that they are no longer good enough for women because their hair is thinning or they’ve gone completely bald.

When guys ask the few women that they know in life the question of “Do women find bald men attractive?” they will usually get negative answers of, “Not really” or “No, I prefer guys with a full head of hair so I can run my hands through it.”

Why do women usually respond in a way that suggests that they don’t like bald guys? It’s because the woman either:

If a woman says that she doesn’t like bald guys, that does not mean that a bald guy couldn’t ever make her feel attracted.

Apart from the very small minority of extremely picky women out there who demand that a guy has hair on his head, the majority of women are much more open and flexible about what they find attractive in a guy.

As you will discover from the video above, you can attract women in other ways and make women completely overlook the fact that you’re bald.

Not all women will accept a bald guy, but many women will. Don’t expect women to tell you that or for people in general to have that level of insight.

Most guys have no idea that women can be attracted in ways other than looks, money and social status. If you ask random guys whether or not women find bald guys attractive, you will almost always get insecure answers based on the brainwashing that guys have received from TV and movies.

They will tell you that the majority of women only want tall, good-looking guys who have loads of money, a male model haircut and a huge penis. If you’re not tall, women won’t like you. If you’re not good looking, you can’t get hot girls.

This is the sort of insecure madness that a lot of guys believe in. They go through life thinking that they’re not good enough for women, when the fact is that they ARE good enough.

Don’t expect women to tell you that though. Women don’t want to have to “mother” a guy or “baby” him and say, “Aww…come here little boy…you are good enough. Come here and sit on my lap…I’ll pat your little head and make you feel better.”

If you want women to give you the respect that you deserve, then you need to take it and own. Know that you are good enough.

Most guys don’t ever get told that though. They don’t understand that they ARE good enough for the majority of women. They believe that they have to tall, handsome, rich and have a gym body to be good enough for pretty much all women these days.

Over the past few months for example, at least 20 guys have gotten in touch with The Modern Man to ask things like, “Do women find bald men attractive?” and “What do women really think of bald guys?”

What these guys don’t realize is that the real reason why they aren’t getting the results they want with women, is that they are failing to trigger a woman’s attraction for them for the more important traits…

As you will discover from the video above, many guys go through life clinging to excuses as to why they aren’t successful with women. Yet, the real reason is that they simply don’t know to attract women with their personality, confidence, vibe, conversation style, etc.

Instead, they are hoping to be liked enough by women for wearing good clothes, having muscles or getting paid well at their job. As you would have seen in real life, guys who don’t dress very well, don’t work out at the gym and have an ordinary job are still able to attract, have sex with and even marry hot women.

That’s not to say that a guy shouldn’t work out at a gym, shouldn’t care about wearing good clothes or shouldn’t try to succeed in life. Do all of those things if you want to, but just know this: You are good enough right now for the majority of women.

All you need to do is switch your focus away from your baldness (or whatever other excuse that you use to explain your lack of success with women) and instead focus on making women feel the type of attraction that they are looking to experience when interacting with a guy.

You can trigger a woman’s attraction for you for reasons other than your looks (e.g. your confidence, charisma, masculine vibe, etc) and she will then start to look at your physical appearance (even if you’re bald) in a more positive light. She may even come to love the fact that you’re bald.

If a guy thinks that his baldness is the reason for his lack of success at attracting women, he’s going to be shy and anxious around women and behave in a way that makes him appear awkward as a result.

His nervousness and awkwardness will turn the women off and it will inevitably result in a rejection or “awkward silence” before he walks away from the women feeling rejected.

The bald guy will then believe that his baldness is what that led to the rejection and his confidence (in his sex appeal to women) will take a further knock. He will feel as though there’s no point in trying because women don’t seem to find him attractive now that he is bald.

He then becomes trapped in a vicious cycle of decreasing confidence, which may then lead him to avoid approaching and interacting with attractive women and either remaining alone or only feeling “good enough” around unattractive women.

To break out of this vicious cycle, a guy needs to learn what women are really looking for in a man, rather than thinking that superficial things like hair are the most important things to women. 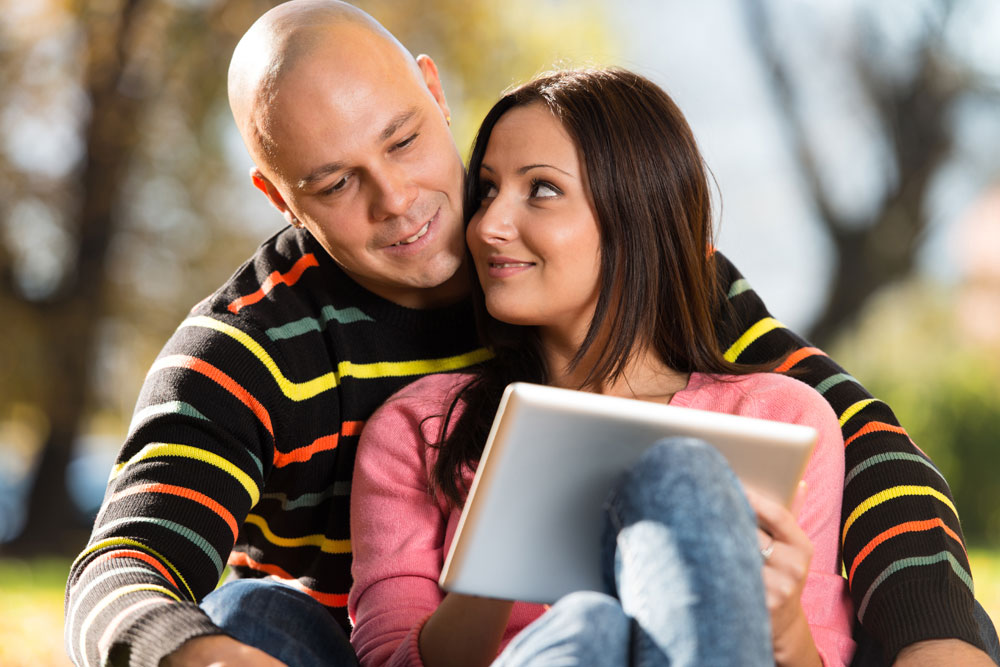 For example: If a guy is insecure on the inside, then he’s going to come across as nervous, self-doubting and lacking in masculine charisma. Women will feel turned off by who he is on the inside because he lacks mental and emotional strength.

Yes, some women are shallow and will only accept a perfect looking male model type of guy, but most women aren’t that shallow. Most women are more interested in how a guy’s inner man comes through on the outside.

When it comes to our attraction for women, it is their outer appearance that is most important to us. However, for most women, it is our inner attractiveness that matters most.

You might find that hard to believe if you’ve heard a lot of women say things like, “I only date handsome men” or “I only want a rich man.”

However, the women that you’ve heard that from are not the majority of women. You will only have actually heard comments from less than 1% of the female population. Think about it. You don’t know hundreds of millions of women.

If you want to be successful with women, what you need to focus on is the absolute, undeniable fact that women hook up with, get into relationships with and marry all types of different guys…including bald guys.

Will Shaving My Head Bald Make Me Look More Masculine and Attractive?

Some guys who actually have hair or a receding hairline notice that bald guys usually have a hot girlfriend or wife.

So, they begin to wonder if shaving their head clean bald will make them more attractive because it can be seen as tough or more mature.

If you’re thinking anything like that you’re missing the point.

You can attract women with or without hair on your head. What matters most to the majority of women is how your personality, confidence, vibe and conversation style makes them feel. You either turn women on in those ways, or you don’t.

If a guy can’t turn a woman on in those ways, most women aren’t going to be interested in him regardless of whether he is bald, has a full head of hair, has a goatee or shaves his face clean.

What matters is how your personality, confidence, conversation style and vibe makes a woman feel. If you can attract her and turn her on in those ways, she will like you regardless of what is on top of your head.

How to Meet Single Women

What a Woman Looks For in a Man (The Truth)