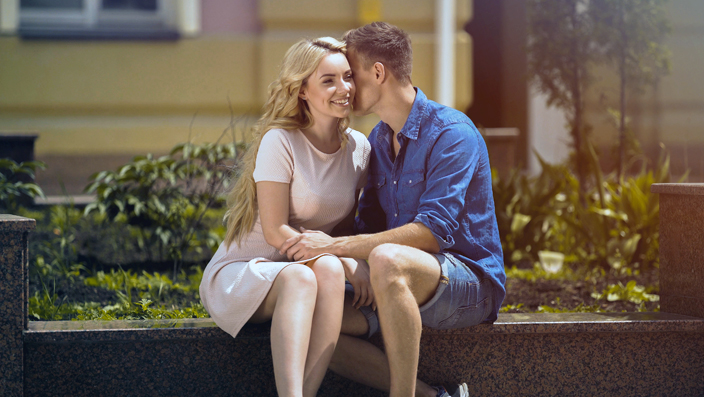 How to Make Your Girlfriend Feel More Attracted to You

How can you attract your girlfriend?

Do you have to put in loads more effort into the relationship?

Do you have to be even nicer than you are to her already?

The secret and the one main thing that you need to do is to give her the kind of attraction experience that you really want, but is most likely not telling you about.

Here are a couple of examples to help you understand the attraction experience.

So, with regards to a woman’s boyfriend…

What she really wants: Him to be more dominant, so she can feel like his girl.

What she really wants: Him to be more confident, so she can respect him and trust in him as the emotionally strong one in the relationship.

This allows her to feel like his girl because she feels protected by a strong man.

As a result, she can’t trust in him to always be stronger than her emotionally.

This can make her feel like she needs to man up for the both of them, so she can get that feeling of safety and protection that women look for when in a relationship with a man.

Another example that isn’t related to a guy’s issues is based on a guy’s thoughts about how a relationship should take place between a man and a woman.

For example: A guy will be getting along well with his girlfriend and they’ll be able to talk about anything, they’ll have a great connection, but the one thing that will be missing is her feeling butterflies in her stomach around him.

Her feeling that sexual attraction for him.

Yet, from his perspective, he feels like everything is fine.

He gets along with her well, they’re able to go out and watch movies together and have a great night together and come home and have some sex occasionally and things go pretty well.

The relationship isn’t that unhappy.

That type of relationship can last for a while, but usually only as long as the initial lust of a new relationship.

Yet, sometimes a boyfriend and girlfriend will stay together for a year, or two, or maybe even a bit more, even though they kind of feel more like friends than anything else.

The dominance between them is basically even.

Alternatively, she feels like the more powerful one in the relationship.

If the attraction experience that she really wants is to feel like his girl because he is a confident, dominant man, then she’s going to start to feel unsatisfied if she just feels like his friend.

At some point, a woman may complain about that and say that she’s not happy in the relationship, or something is missing, or she doesn’t feel butterflies in her stomach around him, or she’s starting to feel like maybe she wants to be on her own for a while and so on.

Alternatively, just like some men do when they’re not happy with a woman, she might go and cheat on him and then break up with him.

Or, she might just go straight for a break-up by saying that she’s not happy and has realized that even though she has tried to keep the relationship together and has tried to work on things, the spark just isn’t there.

She doesn’t feel like she’s in love with him.

So, if you want to attract your girlfriend and you want to make her be in love with you romantically, then it’s essential that you understand the type of attraction experience she really wants and then allow her to experience that.

However, you shouldn’t ask her for instructions on what you need to do to make her feel attracted to you.

Well, if a woman has to explain to her boyfriend how to be more manly around her and he then starts doing those things that she said, she may see his attempts at being more manly as just being an act.

He’s just doing whatever she wants him to do.

This can make her feel like a mother figure in his life or like his big sister, which immediately ruins her feelings of sexual attraction for him.

The thing is, a woman doesn’t want to be a man’s guide in life on how to be a man.

She doesn’t want to have to continually teach him how to be a man.

She wants him to figure it out for himself and then just start doing it.

She doesn’t need him to discuss it with her and start saying, “Oh, I’m going to be more manly now” or, “Look at me, I’m being more manly.”

She just wants him to get on with doing it, if that’s the thing that he’s lacking in the relationship, of course.

For example: If a boyfriend is already fairly manly around his girlfriend and she feels that and she likes it, but the area that he is lacking is emotional openness, then that’s an area that he needs to work on.

Some guys tend to get confused about being manly and think that it means they can’t tell their woman that they love her.

They can’t enjoy an intimate moment with her and give her compliments and express how they feel emotionally because that would make them look less manly.

If a manly type of man tells a woman that he loves her and that she’s special to him, then she’s going to appreciate that and she’s going to be really excited about it.

However, if emotionally sensitive needy man is telling a woman that he loves her on a regular basis and saying how special she is because he hopes that that will make her love him more, then she’s not going to enjoy that.

She’s not going to fall more in love with him because he needs her so much.

Women fall more in love with you when they feel that romantic sexual attraction for you and if you want to make your girlfriend feel that, you have to give her the type of attraction experience that she really wants, but probably hasn’t been telling you about.

If you’d like to learn more about how to attract your girlfriend and make her fall more and more in love with you over time, then I recommend that you watch or listen to my program, Make Her Love You For Life.

In the program, you will learn my best ever techniques and methods for making a woman feel increasingly respectful, attracted and in love with you over time.

The approach that you will learn to relationships brings out the best in her.

It makes her want to treat you well, be affectionate, be attentive, be loving and only want to be with you.

One final point that I want to make for you in this video, is that when you make her feel more attracted to you by giving her more of the attraction experience she really wants, she will then start to feel like she has got something to lose.

She will realize how much she feels for you and will feel motivated to want to treat you better.

However, sometimes a woman will test the waters.

She’ll test to see if she does have to put in more effort or not.

She’ll test to see whether or not you’re going to continue to let her get away with not treating you as well as you want to be treated.

Even though she feels more attracted to you and knows that she would be heartbroken and would want to get you back if you did break up with her, she may try to continue to be a bit lazy in the relationship (i.e. not be as attentive, loving, affectionate).

This is why it’s absolutely essential for you to understand what really attracts women, so you can always be confident knowing that you are making her feel attracted without needing her reassurance of that.

You don’t need her to be telling you that she feels attracted and making it obvious, because not every woman will.

Every woman is different.

You need to understand how a woman’s attraction really works, so you know for sure that what you’re doing is making her feel attracted.

It’s sort of like how we men are attracted to a woman’s tits, or to her cleavage when she’s showing it.

There are things about attraction that are fundamental and always work apart from a few exceptions.

Likewise, most women find confidence and dominance attractive in a man.

You need to understand what type of attraction experience your girlfriend wants and then give that to her.

When you do that, she is definitely going to feel attracted to you and as a result, you won’t have anything to worry about.

You will know for sure that your girlfriend is attracted to you.

You can then get on with enjoying your life together as a happy couple, who are mutually in love and want the relationship to stay together.

How Often Should You Tell Your Girlfriend That You Love Her?