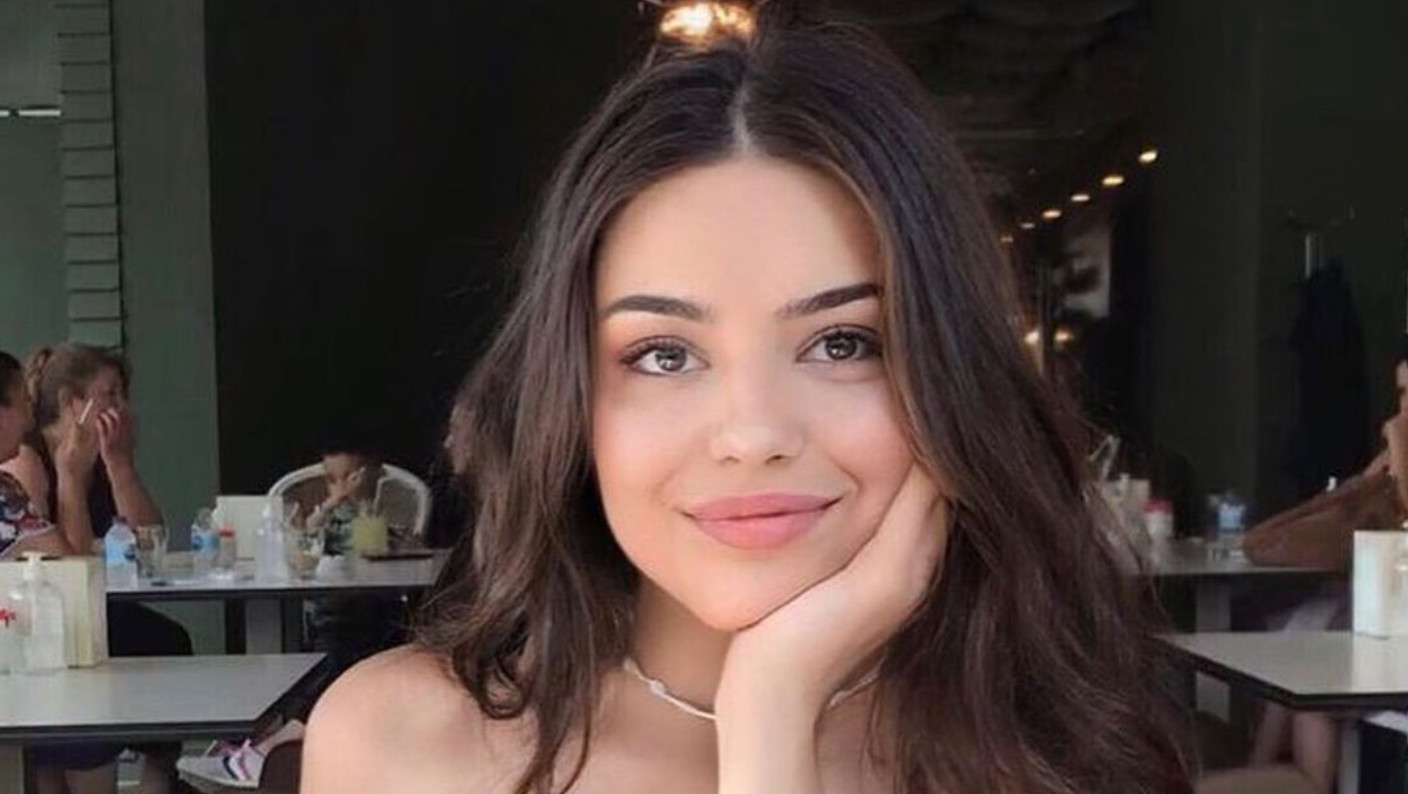 Here are 7 common reasons why a man will think that his cat is missing his ex woman and what he should do to get her back:

Sometimes, a cat might begin behaving badly including scratching the sofa, jumping on top of counters and knocking things over, chewing on wires, urinating outside of the litter box and running around the house erratically.

So, if your ex recently left you and the cat then started behaving badly, it’s only natural that you might see the change in behavior as being connected to the loss of her.

That definitely can happen.

According to vets at the Peoples Dispensary for Sick Animals (PDSA), the stress caused by a breakup can cause a cat to develop obsessive-compulsive disorders.

This can include the cat behaving badly, or in some case, even resorting to harming himself/herself.

So, it’s understandable that if your ex was a major member of the household, your cat is going to notice that she’s gone and potentially become agitated about it.

However, most animal behaviorists agree that this behavior can change pretty quickly, if you focus on giving your cat love, attention and a normal routine.

At the same time, you can use your cat’s bad behavior as a way to connect with your ex in a funny light-hearted way.

For example: You can take a photo of your cat chewing on your favorite shoe/chair/the TV remote and send it to your ex with a text saying something along the lines of, “I think Smudge is angry that you’re not here to give him his dinner. He’s taking it out on my shoe/chair/TV remote! 😅”

If she responds positively (i.e. shows concern, laughs or plays along with what you’re saying), you can then say something, “Yeah, I think he misses you. Who would have thought my sweet Persian cat could turn into a Bengal tiger!”

Then, when she replies, text back and forth a little bit and then get on a phone call with her so that you can begin reactivating her sexual and romantic feelings for you (e.g. by making her laugh and smile, showing her via the tonality of your voice and the way you respond to her that you’re more confident and emotionally strong now, flirting with her to create some sexual tension between you).

Then, when her defenses come down and she seems happy to be talking to you again, arrange a meet up (even if it’s for her to come over to say hi to your cat).

You can then fully reactivate her feelings for you and make her open back up to working things out with you.

2. The cat sits on the same spot on the couch that his ex used to sit

The cat might be missing your ex if he’s sitting in her spot, but he might also just be enjoying the freedom of being allowed to sit there now, without being chased away.

If you truly believe that your cat is missing your ex and that’s why he’s sitting in her spot, you might need to create a new routine for him so he feels safe again.

Remember: Most pets like a daily routine where they know what is going to happen from one minute to the next (e.g. they get fed at a certain time and a particular brand of food, they sit in a specific spot in the house, they get played with by a certain person every day).

The truth is, you’re likely also missing your ex and finding yourself sitting in her favorite chair or sleeping more on her side of the bed.

It’s natural to feel that way.

However, rather than moping around and missing her, a better approach is to interact with her as often as possible and begin reactivating her sexual and romantic feelings for you.

The more attracted you make her feel over the phone and especially in person, the more likely it is that she will be back in her favorite spot on the couch, sooner rather than later.

3. The cat looks out the window a lot as if waiting for her to come home

If your ex spent more time at home with your cat, it’s likely that he’s missing the attention he got from her.

You can help your cat feel better by giving him more attention than usual.

In fact, you can make your cat feel better and reactivate some of your ex’s feelings for you at the same time.

Invite some friends over for a barbeque and then set up a game where you all play different games with your cat (e.g. get him to chase a toy mouse on a string, use a laser light to make him jump and run around).

Then, post up some really funny, fun photos of you, your cat and your friends laughing and playing together.

Important: Make sure though that you don’t post up photos of you at home alone with your cat, because it won’t have the same effect as photos of you enjoying yourself with others. Why?

When she sees you and your cat having fun with others, she will feel attracted to you because you’re not sitting around moping and feeling lonely and lost without her.

She will then feel like she is missing out on having fun times with the cat (especially if she really liked him and misses him too).

It’s then pretty likely she will reach out to you in some way (e.g. like your post on social media, text or send a message to say “Hi”).

You can then call her, make her laugh and smile and feel good to be talking to you again and get her to meet up with you in person so that you can fully reactivate her feelings for you and get her back.

4. The cat seems sad and wants to spend more time hidden away on its own

Studies indicate that when cats live with a human, it becomes dependent on that person(s) as a source of comfort.

So naturally, when that human companion is no longer around, a cat will feel as though a major source of its care and support has disappeared from it’s life.

This can lead to the cat feeling sad and hiding away.

In the same way, a guy might also want to hide himself away and ‘lick his wounds’ so to speak.

Yet, that’s the worst thing he can do.

The truth is, women are attracted to emotionally strong men who are able to cope well under difficult situations (e.g. a break up).

So, if you want your ex to feel a renewed sense of respect and attraction for you, you need to show her that even though you want her back, you don’t need her back to feel good about yourself and to live a happy and fulfilled life.

When you focus on becoming genuinely happy and forward moving in your own life, not only are you helping to take your mind off how much you and your cat miss your ex, but you are also becoming more attractive to her and to women in general.

The next time you interact with your ex, she will realize that you’re now a confident, emotionally strong man who is getting on with his life without her and she will automatically feel attracted to you again, making it easy for you to get her back.

5. The cat is being fairly normal and he is simply over-analyzing its behavior

In a lot of instances, its not the cat that is missing a guy’s ex, it’s actually him.

He’s just projecting his pain and loss on the cat and making a bid deal out of it, because in reality he doesn’t know what to do to make himself feel better.

If you want your ex back, you have to start by admitting that to yourself, rather than hiding behind the cat’s feelings.

When you do, you can then take action to get her back, rather than possibly phoning her and telling her that the cat misses her and coming across as needy, desperate and emotionally wimpy.

6. The cat is behaving strangely because it is unwell and needs to go and see a vet

Quite often, a cat getting sick can coincide with a break up, so it’s understandable that a guy might mistake his cat’s strange behavior as depression.

This is why, if your cat is acting strangely, you might want to start by taking him to the vet, just to make sure that he’s not suffering some undiagnosed illness.

If something is wrong, you can then text your ex and say something along the lines if, “Hey, took Smudge to the vet today. He’s got a kitty cold. He’s in bed now feeling sorry for himself,” and add a photo of the cat in bed looking cute.

She will almost certainly respond in a compassionate, caring way and you can then just call her to chat a bit about the cat and then make her laugh and smile and feel good to be talking to you.

Then. meet up with her, reactivate her feelings and get her back.

7. The cat stops eating as much, or doesn’t seem as enthusiastic when food is provided

Some common reasons that a cat might stop eating are:

As you can likely see, there are many things that can be causing your cat to lose his appetite, with missing your ex being only one of the reasons.

So, if you’re worried about it, your first step should be to take your cat to the vet to get him checked out.

In the meantime, if you’ve also lost your appetite since your break up, the best medicine for you is to contact your ex (over the phone or in person is best) and begin the ex back process with her.

Reactivate her feelings for you and get her back in your arms.

Then, not only will you feel better, your cat will likely feel better too.

4 Mistakes to Avoid if Your Cat Misses Your Ex

Why Does My Ex Have So Much Power Over Me? 5 Reasons Why