What should you do if you’re breaking up with your girlfriend, fiancé or wife and she asks you the question, “Do you want to stay in touch? Is it still cool to contact you from time to time?”

How should you answer that?

If you want her back, you should definitely let her contact you.

The reason why I recommend that you let her contact you is that every time she contacts you and you have an interaction with her, it’s going to be an opportunity for you to make her feel some level of respect, attraction and love for you again.

You are going to be able to rebuild her feelings by being in contact with her.

You might also want to tell her not to contact you if you feel as though not being able to contact you is going to give you power in the situation and make her come running back to you, because you know that she’s going to feel lonely and miss you and want to be with you.

However, in the majority of ex-back situations, the guy has ruined the woman’s feelings of respect, attraction and love for him, so if he tells her not to contact him, she still isn’t going to care or miss him.

For example: When she first began to break up with him, he might have been begging and pleading with her for another chance and trying to convince her that he would change.

Yet, she was saying, “Leave me alone. I don’t want to be with you” and didn’t want to give him another chance because she could see that nothing has really changed about him.

She knows that if she gets back with him, it’s most likely just going to be the same thing again.

In cases like that, a guy shouldn’t try to cut off all communication with her and say, “No, don’t contact me. I never want to hear from you again,” or, “I can’t stay in contact with someone who I love,” or, “If you don’t want to be with me, don’t contact me. It’ll hurt me,” etc. That’s not the right move to make.

When a guy is in a situation where he’s being broken up with and he really wants her back, he should allow the channels of communication to remain open, because after the breakup, he needs to quickly work out where he was going wrong and what he was doing to cause her to lose respect and attraction for him.

She can then relax and think, “Okay, he is making some progress. He does understand now. Things are changing.”

She can feel respect for the fact that he’s not stuck at the same level that he was at when she broke up with him. He’s already gone up a level in his understanding of how to be a man and how to have a successful relationship.

So if your woman says, “Is it still cool that we stay in touch? Can I contact you from time to time?” just say to her, “Yeah, contact me whenever you want. No problem,” and just show her that you’re fine with the situation.

Let her see that you’re not an emotional mess because of the breakup. You still believe in yourself, you still love yourself and you still love and respect her. There is no big problem. Just relax and say, “Yeah, contact me whenever you want.”

Alternatively, you might want to use her question there as an opportunity to create some laughter and get rid of some of the awkward tension between you.

For example: When she asks, “Is it still cool to contact you from time to time?” you can smile and say, “No way. Don’t ever contact me again. If you call me, I’m hanging up right away,” and have a little laugh with her to let her see that, once again, you’re not thrown off by the situation. 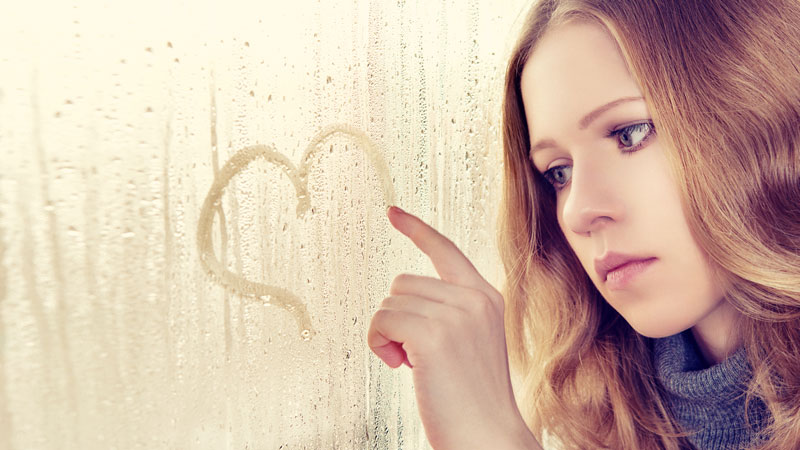 When a woman feels respect and attraction for you, she then starts to reconnect with her feelings.

So to finish up here, I just want to point that you can do whatever you want. If you want to tell your ex that you don’t ever want to hear from her again, then go ahead.

If you want to tell your ex, “Don’t contact me,” because your gut instinct is telling you that she’s going to get lonely, she’s going to miss you and come running back to you, then by all means, tell her not to contact you anymore.

However, if you’re in a situation where your ex doesn’t have feelings for you at this point and you’re not going to have an opportunity to re-attract her and get her respect back, then I recommend that you don’t cut off the channels of communication.

I recommend that you allow her to contact you whenever she wants, because when she contacts you, you’re then going to have an opportunity to make her feel something for you, to put a smile on her face and to bring her guard down.

When the texts are going back and forth, you’re going to be able to pick up the phone, give her a call, have a chat, have a laugh and get her to meet up with you in person.

If you want specific instructions on what to say and do at each step of the process of getting a woman back, I recommend that you watch my program, Get Your Ex Back: Super System.

It’s 10 hours of video, and it details the 7 steps that you need to go through to get a woman back.

What to Do When Your Ex Contacts You

How Much Space Should You Give Your Ex Before Contacting Her?