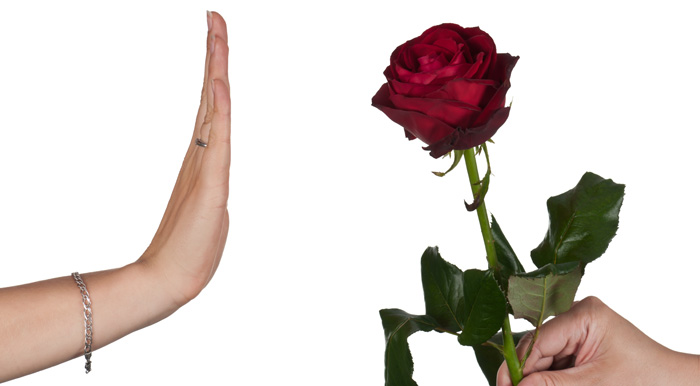 How Do You Ask a Girl Out?

If you want to ask a girl out, you should first ensure that she feels attracted to you.

For example: If you’ve been nice to her, been friendly and polite, then she’s probably not going to be feeling much attraction for you yet.

However, if you have been displaying the personality traits and behaviors that naturally attract women (e.g. confidence, charisma, humor, masculine vibe, flirting, etc), then she will likely be feeling a lot of attraction for you and hoping that you ask her out.

Do you know how to make a girl feel attracted to you? Watch this video to understand how it works…

As you will discover from the video above, you can attract a girl in many different ways. As long as she is feel enough attraction for you before you ask her out, she will almost certainly say yes.

If she says no, then she’s almost certainly just doing that to test your confidence (i.e. you will now become nervous and doubt yourself around her?) and check to see how sincere your interest is in her.

Asking Her Out Before She is Attracted

When guys ask me, “How do you ask a girl out?” it’s often about a girl that they like who seems interested in a friendship, but they aren’t sure if she’s interested in anything else.

Guys often make the mistake of skipping the step of sexual attraction and trying to ask a girl out simply based on nice, friendly interaction. Yet, this leads to rejection in most cases because niceness isn’t what turns a girl on.

As you will discover by watching the video above, there’s nothing wrong with being nice to this girl you like. However, if you want her to say, “YES!” to you asking her out, you’d better make sure that she feels sexually attracted to you first.

Asking a girl out who doesn’t yet feel enough attraction for you, usually makes her play hard to get. She knows that you like her more than she likes you, so it gives her a sense of having some kind of power over you and a girl will usually take advantage of that power while she’s got it.

For example: She will get you to buy her things, give her lots of compliments, listen to her complaining about other guys, do favors for her, etc. Yet, none of those things will make her feel sexually attracted to you.

In fact, the more of her crap that you put up with, the more respect she will lose for you as a guy. There’s nothing wrong with paying for a meal if you and her eat together, giving her a compliment or doing her a favor, but if you’re doing that to hopefully get her to “like” you enough to give you a chance, then you’re doing it wrong.

Make Her Do the Asking

Guys who know how to make women feel a lot of attraction for them, rarely ask women out on dates. Why? Women usually ask them out or try to arrange a time to “hang out” or “catch up” with the guy, so one thing can lead to another.

So, what is the secret that those guys are in on?

They make a girl feel a lot of attraction, but then let her see (via his body language, behavior, vibe and conversation style) that he’s still not sure whether or not she is good enough for him. This is called being a “challenge” and women love it.

As you will discover from the video above, if a woman is attractive, then she will be bored of guys instantly wanting her just because she looks good. If she’s had some experience with guys already, then she’s going to wish that a guy could be more of a challenge for her to win over.

When you are the challenge that women wish they could find, it’s no longer is it about you trying to get girls; instead, it becomes a case you choosing which girls you will allow to be your girlfriend.

When a guy learns how to make himself irresistible to girls like this, he not only gets girls competing with one another to secure themselves a date with him, he gets girls jumping all over him to make it obvious that they want him to choose her; they want to make sure that he notices their interest in becoming his girlfriend before he chooses another girl.

So, don’t waste your time searching the internet for “top tips on asking a girl out” because they’re usually not going to work and will only make your dating life one full of rejection, heartache and misery.

Asking girls out is only a good idea if you’ve already made her feel a lot of attraction for you. It’s fine to do it that way, but believe me – it’s a lot of fun when you have the power to get women to ask you out.

Getting to choose from many different girls who are interested in you means that you get to choose the hottest girl of the bunch, which is much better than settling for an average girl that you’re going to get bored of very quickly.

You have to remember: If you ask a girl out and she’s not very attracted to you, she will most-likely reject you or at the very least, play hard to get for months or even years.

In the meantime, another guy can just come along, get her super attracted, make her want to be chosen by him, choose her and then enjoy sex and a relationship with her.

So, don’t follow the path that you see guys in the movies acting out where they act like a friend, be really sweet to the girl and then get her in the end.

If you want to be successful with girls in the real world, don’t believe the happy little fantasy world that you see in movies, where the fumbling, nervous nice guy gets the girl in the end. In the real world, you’ve got to be confident and you’ve got to get girls wishing they could be your girlfriend. When you do that, you’re life is basically awesome from then on.

Being the Guy She Wishes She Could Have

What do certain guys have got that makes women fall over themselves to secure a date with them?

They’ve got self-confidence, they know who they are, they believe in themselves and they’re relaxed just being themselves because of it. If they are really good with women, then they’ll also have a charismatic charm and an ability to make everyone they meet – men and women – feel good about themselves.

As a result of those traits, they will naturally be respected by others because they can be relied upon to always be strong, to be true to themselves and to look out for those they care about.

Girls recognise these traits in a guy and they can’t stop themselves from feeling sexually attracted to him. He is displaying all of the characteristics that make him a “good catch,” so girls can’t help but want to be the one to secure him into a relationship.

Don’t Be Afraid to Be Choosy

Guys who are hopeless with women are usually afraid to be choosy because they fear upsetting less attractive women. They don’t want to be seen as being selfish and only wanting a beautiful woman, so they will accept pretty much any women who shows them interest.

However, if you want girls to start asking you out and hoping that you say yes, you’ve got to be choosy. It’s not selfish. You’re simply being an alpha male who goes after what he wants in life and expects nothing less than the best for himself.

Guys like that (you might have met some of them throughout your life) are usually respected and admired by others. Guys look up to them and girls want to be chosen by them.

Alpha males don’t need to ask girls out because by simply being the man when other guys are too afraid to be, girls will compete with each other to be the one he chooses. An alpha male has the confidence to approach girls (lots of girls), he has the confidence to engage the girls he meets in interesting conversations and his relaxed self-confidence makes him a fun guy to be around.

This marks him out as a guy who has his pick of girls and the girl around him know it and love it. Girls love the thrill of the chase and when they realize that other girls like him and he can have his choice, they become excited at the chance of scoring themselves a hot guy. Yes, no matter what he looks like, girls will consider a guy to be “hot” and “sexy” if many other girls want to be with him.

If you approach a girl and ask her out (hoping she will choose you for being so cute and nice like a character from a romantic comedy movie), you deny her the thrill of the chase.

She wants to feel that primal sexual attraction. Guys who are awesome with women will make women so attracted to them that she just can’t stop herself from suggesting they exchange phone numbers or catch up for a drink, coffee, etc.

However, when a woman doesn’t ask him out, he will simply tell her to give her phone number to him or meet up with him. It’s no big deal if he has to ask the girl out because either way, he’s going to have sex with her and try out a relationship with her.

Dating After 50: What You Need to Know