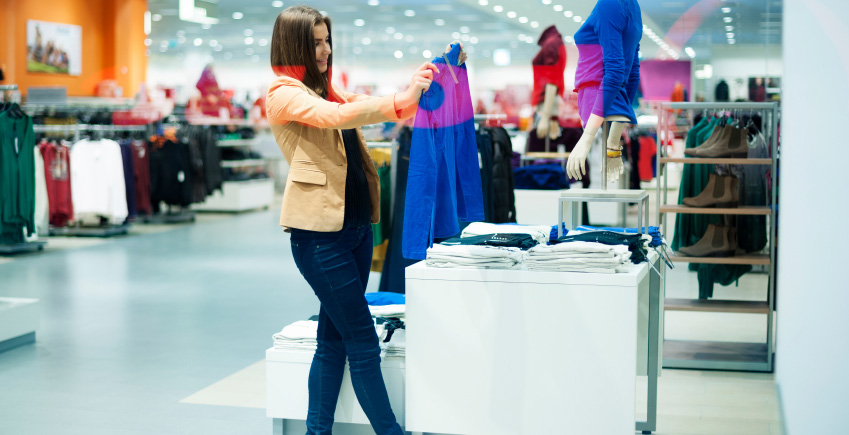 How to Pick Up Women Who Work in Clothing Stores

We’ve all been in that situation where we walk into a shopping mall and see a hot woman working in a clothing store or other retail outlet.

To be successful at picking up a female shop assistant, what you should focus on doing is:

1. Creating a sexual vibe between you and her.

Rather than only sticking to friendly customer to assistant conversation, you need to add in some flirting.

Watch this video to understand how flirting works…

2. Taking your time before getting her phone number.

In most cases, you will need to establish a bit of a connection between you and the shop assistant, before she will be comfortable giving out her number.

She likely gets a few guys every day coming in and having a chat with her, so to stand out you either need to make her feel a lot of attraction for you, or you need to go into the store 2-3 times to let her get familiar with you and feel more comfortable giving out her number.

3. Quickly making her feel attracted and creating a connection and then leaving

Sometimes, a woman won’t have much to do because the store will be quiet and her boss won’t be around.

However, in most cases, she will be under pressure to serve other customers or impress her boss by continuing to work hard.

You need to make an assessment of what is appropriate for her and the store she works in and then go from there. If she seems busy, take some time to look around the store until she has a couple of minutes to talk to you.

If she can only talk to you for 10 seconds before getting back to her work, make sure that you make it count. How? Use humor to get her laughing and feeling good when interacting with you, so she then remembers you the next time you come in.

One of the greatest things about being single is the freedom to go anywhere and meet a new beautiful woman to have sex or a relationship with. Personally speaking, I’ve had sex with more than 250 women and three of those women I met while they were working at a clothing store.

I’ve met and successfully picked up women in all situations and places such as cafes, bars, nightclubs, at house parties, while buying food from a take away store, in a supermarket and so on. The reason I was able to pick these women up was simply by using the attraction techniques that I teach here at The Modern Man.

As you will discover from the video above, you have a lot of control over how much or little attraction a woman will feel for you.

If you’re displaying the personality traits and behaviors that naturally attract women, then she’s going to be feeling attracted to you. 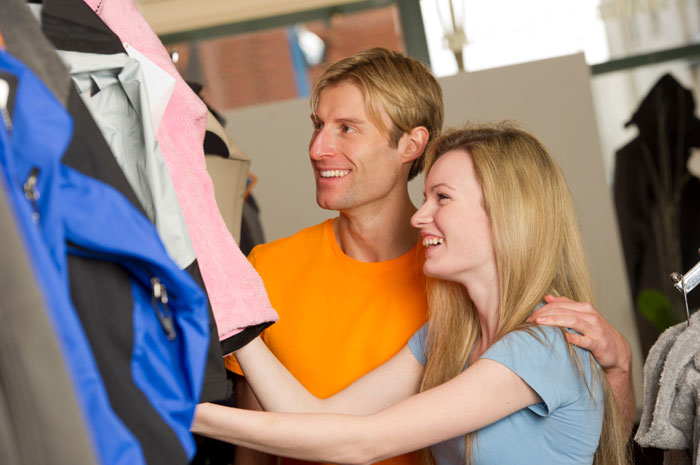 For some guys, the thought of approaching women in bars and nightclubs makes them feel nervous because they’ve already tried it before and have failed, or because they think that women who go to bars and clubs are not the same as the “innocent looking” women who work in clothing stores or office buildings.

Over the years, I’ve lost count of the amount of times a guy has said to me, “Dan, I’d prefer to meet a nice girl, not a girl who goes out partying to bars. How can I pick up women who I see on the street or at malls? They seem like nicer women.”

What these guys don’t realize is that most women who go to bars are not “sluts” or “bad girls” or “mean, bitchy women” but they are (in 95% of cases) normal, everyday women who just happened to go out partying with some friends.

I’ve picked up all sorts of women in bars and nightclubs and they’re usually just “girl next door” type girls who are simply dressed up in a more sexy way than usual.

That said, I understand that not all guys want to pick up women in bars, so they will often to wonder how to pick up women who work in clothing stores, chat to women in cafes or stop women on the street and get their phone number.

It definitely is possible to pick up women in any environment and it is easy when you know what to say and how to make the right first impression on a woman. To pick up a woman who is working in clothing store, you need to:

Mistakes to Avoid When Picking Up Women in Clothing Stores

1. Chatting her up while she is busy.

You’ve got to be patient and not feel awkward about browsing the store for a couple of minutes and waiting for the best time to chat.

If a guy engages a woman in a long conversation when she is working, when her boss is around or when customers are waiting, not only will she feel uncomfortable and even embarrassed, she may even get into trouble because of it.

If she does get into trouble or loses her job, he can be sure that he’s not going to get anything from her other than anger and resentment.

Engaging a woman in a long conversation while she’s working shows a lack of social intelligence, so she will be naturally turned off.

Most guys don’t realize it, but women are extremely attracted to men who have higher social intelligence than other guys. Social intelligence is essentially about your ability to get along with, understand and work with others.

You can’t try to get a number too quickly because it will usually feel awkward.

If a guy moves too fast and tries to get her phone number or set up a date in under a minute, it will usually make the woman feel annoyed or confused at the speed of the pick up.

After all, she is working and not in an environment where she would expect to be picked up like a bar or nightclub. If he doesn’t establish attraction between them first and build a bit of a private connection, she will most-likely turn down his attempts to get her number or date.

3. Behaving in a nervous way.

You’ve got to be confident.

For women, confidence is the most attractive thing about men, so don’t think you can sneak your way to true success and happiness with women without being truly confident and free of insecurities.

If a guy lacks confidence in himself around attractive women, he will come across as nervous and hesitant, which will be an instant turn off for the woman.

Being nervous around her makes her feel stronger, mentally and emotionally, which is one of the main reasons why a woman will reject a man.

Although some women (who feel insecure themselves) like to have a guy whom they can dominate (mentally and emotionally) for a while just to boost their own confidence, he will be dumped as soon as she gets bored of the games or gets lucky and finds a real man.

4. Attempting to “buy” her attention.

You can’t buy things from the clothing store as a way to impress her – it doesn’t work.

Some guys will go to the clothing store in the hopes of impressing her by “redoing their wardrobe” (most-likely after seeing some advice from a woman on a “dating advice” site) and the salesgirl will happily sell him every item in the store if he’ll buy it.

To attract women, you have to make them feel your confidence, experience your masculinity (how you think, behave and take action) and witness your social intelligence in action. When you can do that, you can basically have any woman you want. Guys who do this can be ugly, poor, short, bald and unfashionable and they will still get laid!

Ever since creating the attraction secrets that I teach here at The Modern Man, I’ve never had to waste money buying expensive dinners or gifts to get laid. Women want to have sex with me because the approach that I use with them makes them feel irresistibly drawn to me.

You can have that effect on women too. It’s actually a lot easier than you might think. Most guys who learn from us here at The Modern Man are shocked at how easily they get hot women attracted to them.

5. Not creating any attraction.

You have to make the woman attracted to you; don’t expect it to happen without you doing anything.

We men feel automatic attraction for a woman’s looks, but women need to experience us and feel our confidence, masculinity and overall personality before they feel true attraction.

If a guy wastes her time and his time by being too nice and polite with pointless conversation, she will get anxious and want to get rid of him as soon as possible because he could cost her job, or money, if is she is paid on commission.

When it comes to picking up women, just remember this: They don’t care about you before feeling attraction for you.

Failing to create attraction before you try to do anything else will result in you getting rejected in 99% of cases.

What to Talk About When You First Meet a Woman

How to Be Sexually Attractive to Women